Living amidst the rain forests of the Pacific Northwest, a day with cloudy skies and fog so thick you can’t see the house across the street isn’t abnormal. When Jeremy called asking if I wanted to come out filming, I thought to myself, doesn’t he know that it’s December? That it’s been snowing for two days and you can’t see more than 15 feet in front of you? Do I really want to leave my warm house and haul 30 pounds of camera gear up and down the mountainside in these conditions? But I couldn’t say no to Jeremy’s endless psych, and I knew that if he had something he wanted to film it would be special. I layered on thermal and rain gear in a haze that morning and hauled my equipment out the door to meet Jeremy and Pat.

As we drove up the old logging road to reach the trails Jeremy had been building, it looked pretty grim. I was thankful to be sitting in a typical oversized, big-tired Squamish truck, or else we wouldn’t have been able to get through the densely packed snow. We parked precariously in a snow drift and ventured into the forest, which on the coast, with its heavy coatings of moss, soaring old growth trees, and twisting roots always appears enchanted. Opposed to the road, the ground was covered in only a faint layer of snow, the massive trees successful once again at keeping the nasty weather out of our playground. Psych was high. The boys were ready to start riding.

Jeremy had built several features on the mountainside in the fall and had hit all of them successfully but one. The infamous jump had punished him in November with a crash into a tree and a month of recovery. He told me that he’d save that one for the end of the day. 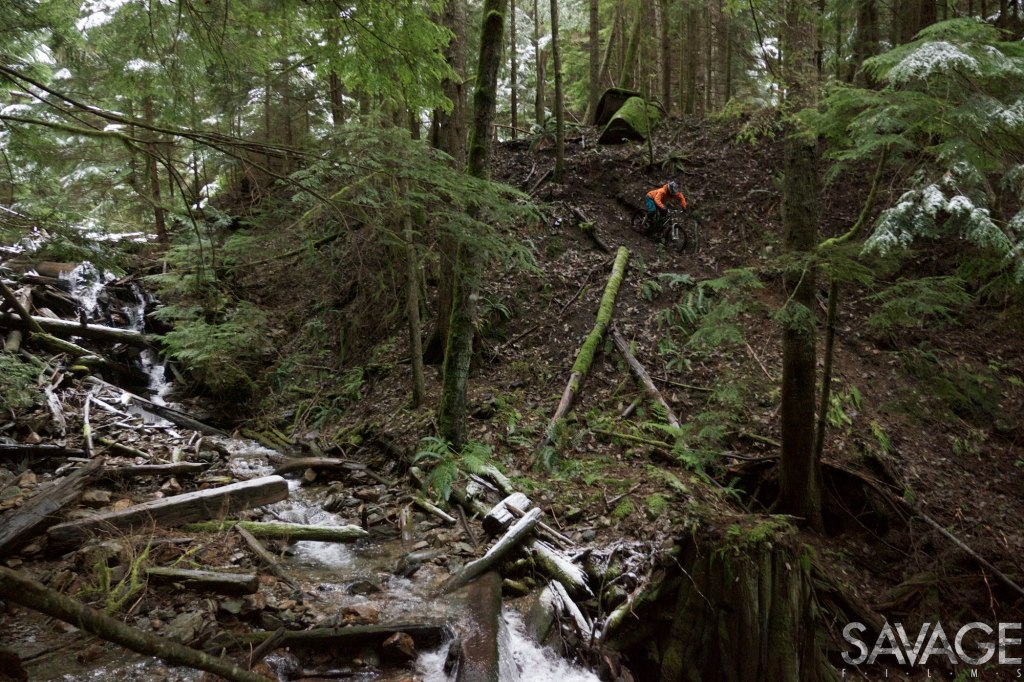 Squamish has been undergoing a big shift from a mining and logging town to an outdoor recreation hub. The lumber mills and mines have been closing down and in their place mountain bikers, skiers, and climbers have been moving in. Jeremy built this trail upon an abandoned mining zone. Their bikes roll past a moss covered mine cart and old mine entrance that appear camouflaged in the photos, slowly being swallowed up by the forest. 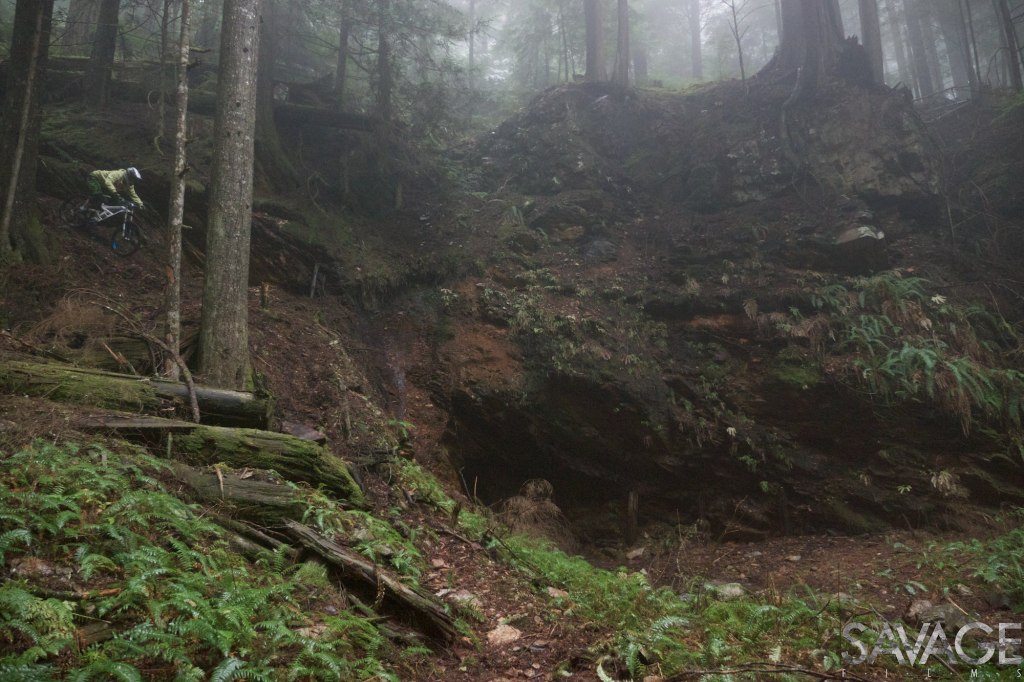 We spent the day filming and riding above and below the snow line, in and out of the rolling fog. Jeremy was right, this trail was something special, worth the cold, wet mountainside slog to capture on film.

And the fateful jump? Jeremy hit it, landing softly in that December Loam, narrowly threading the trees. We returned to our warm houses, happy and injury-free.

While the title of this video might bring out the critics, the dirt was definitely dry and ready for action here. Squamish has the goods!

those are moss-covered mining carts at the top of the middle photo? Cool.

Reminded me of One Trick Pony. Can't wait to get up to Squampton again 🙂 Nice vid.