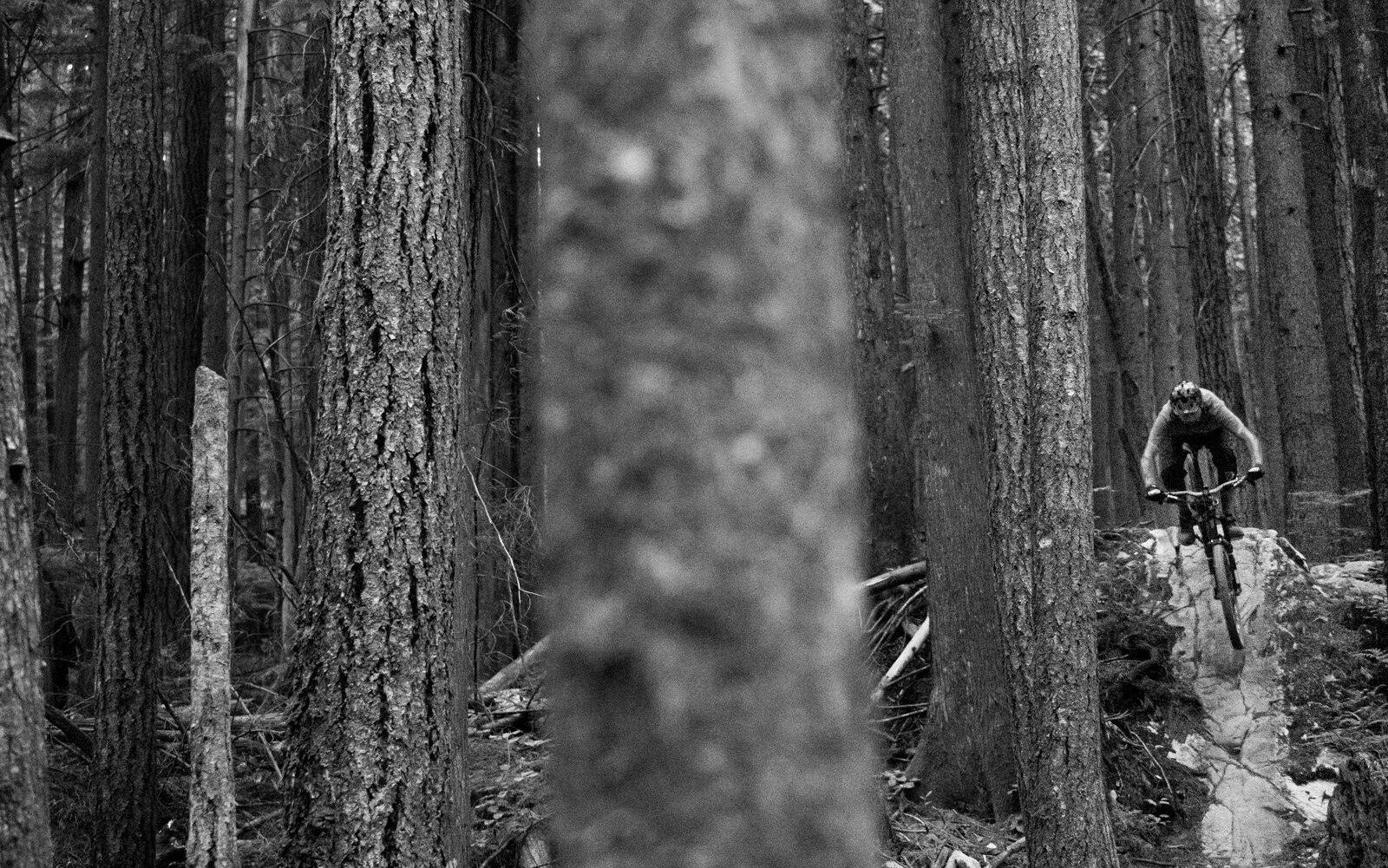 Dear Uncle Dave: I Can't Stop Looking at Myself

I recently experimented with a selfie set-up for when I am biking, but it basically did not work out the way I imagined it to be. I would love to have a set up that enables me to take pictures of me riding technical stuff.

Do you have any idea on a good set-up that does not set me back a couple of hundred Euros?

Looking forward to hearing from you,

I don’t really like talking about cameras because we (mountain bikers) generally expect great things out of people with cameras and that doesn’t really happen when I take a photo. So it feels a little bit insulting to others to speak with any sort of authority on this subject. It’s like if some third-rate mountain bike photographer started telling people about the best… I don’t know… keyboards?

But, I have spent a fair amount of time in the woods trying to take photos of myself, so I’m going to dive in on this one. For a time, it was my intention to provide my own photos for all of my articles. Then Dave Smith got involved and it started to feel a bit silly to put that sort of effort in when you could just go and have Dave yell at you to do better. But, if you’re either:

Well, then this might be for you. And if you just happen to be both of these things, well, you may have found your true calling. Here are the things that you will need.

I'm not going to talk about this at all. Except... you're probably going to want a larger max aperture than you think you need. And your 200 Euro budget doesn't include the camera, right?

Step 2 – Something to hold your camera

Nothing is worse than finding a great spot, having decent light, and not being able to make the shot work because you can’t put your camera in the right position. You need to buy a decent, compact, lightweight tripod. You don’t have to go crazy, but things are going to be so much easier with a “real” tripod. I use a Slik Mini II for these sorts of things. It folds up pretty small, doesn’t weigh a tonne, and doesn’t cost a whole lot.

Step 3 – Something to control your camera

There was a dude on Pinkbike a few years ago that was doing a good job of shooting his own photos. Somebody asked him about his rig and he described the laser proximity sensors that he used to trip his camera. That’s one way you could go.

My first set-up was this, the Pixel system. It’s, you know, not the greatest. But it was cheap and did most of what I needed it to do. The instructions make no sense, but once you figure it out, you can set it to count down from a specific time, and take a specific number of shots at a specific time interval. Unfortunately, it won’t do anything shorter than one-second intervals, so you can’t really spray and pray. My basic technique was to set it to about 15–20 seconds, start the shot, jam the remote in my pocket, run back up the trail with my bike, and then start moving a couple of seconds before my internal countdown finished. After a while, you’ll be able to judge when you should start moving, and get pretty good at positioning yourself in your frame. But it’s a pretty frustrating process and I thought there might be a better way to do this.

My next step was a pair of Yongnuo RF-603’s. There’s definitely an argument to be made against supporting a company like this vs somebody like Pocket Wizard. But I have a hard time justifying paying three times the price for something that does the same thing.

The Yongnuo’s are a fair bit dumber than the Pixel, but a lot more reliable, intuitive and robust. They’re pretty much solely a remote trigger, either for your camera or for remote flashes, as there are no timers or anything like that. I figured I could set it up such that I could trigger a remote burst at a certain point using my thumb. So, I cobbled together a mount using gopro accessories and headed to the woods to experiment. Most of the shots I got were of me with a shocked expression on my face because who knew riding without your thumb on the bars through technical stuff is so challenging? So, this ended up being a pretty terrible idea.

The good news is that my Fuji’s have built in intervalometers (I think that's what they call them), so you can use the camera to do all your counting down and timing and shit, and all you really need is a simple trigger like the Yongnuo to make it work. So it’s kind of the best of both worlds. A simple, intuitive trigger coupled with a timer system that doesn’t require a few hours of experimentation to figure out.

I tend to want to hang out on the side of the trail for as short a period of time as possible. I mean, it's kind of embarrassing when somebody stumbles upon you while you're in the woods trying to take pictures of yourself. So have everything figured out before you get out there. Think about your camera settings. Know your device and how to make it work properly. Have as much figured out before you're out there actually taking photos because it's really, really easy to fuck it all up by missing one simple thing.

So, there you go, a simple system that should cost you far less than your “couple of hundred Euros” budget. I mean, ignoring the bag you'll need to haul it all in. And the flashes and shit you'll buy because that seems to be the thing to do. Maybe a different tripod. Couple more lenses. New camera body. Etc.

There's just so much shit going on here with so many people, and each of them seems to be having more fun than you probably ever have.

I rarely yell. More of an audible grumble with some smart ass comments attached.

And I'll point out that I didn't take that photo at the top of the page, either.  Thanks Dave!

If your camera is a Fuji then try setting it to burst and self timer at the same time. You can then start the self timer with the remote trigger and the camera will shoot a burst of five frames (in the chosen frame rate) after the countdown. Works with Canon as well (you can even choose the number of frames there).

Well I'll be...I'll have to play around with the Fuji a bit more to see if I can make that happen.  My Canon/Pixel combo wouldn't do that though.

This is a selfie that Reuben took last year and he used a hand-held trigger with his Nikon kit - It's all in the knees.

If you can take a good photo of other people, no reason why you can't take a good photo of yourself.  He alludes to the timing required to nail something like this.  I had a bad photo of a missed take of a little popper that I was hoping we could use as the image for this article...but both AJ and I were too...something...to get that done for this.

I guess one other hot tip...start with a slow, techie section.  It's much easier to time things when you aren't moving very fast.

I'm never moving very fast, so this should be easy.

Years ago I thought about doing something similar. Then I thought; do I want to actually ride bikes or just convey the image that I do online?

Ya.  I hear you.  Some people just like taking pictures though, too.  It's definitely easier to justify if there is some kind of need for the image in the end.  But it's pretty satisfying to set out and capture a decent image that aligns with what you were imagining.  If it just happens to be of yourself, that's a bonus.

I come here for the music. Good one this time.

I'm not the most exciting rider to look at, but I've been having fun shooting self portraits. I got myself a $100 radio (as opposed to IR so it doesn't need a direct line of site from remote to receiver) remote/receiver combo on B&H a few years ago.  I just tape my remote under my grip where I can press the trigger with my thumb.