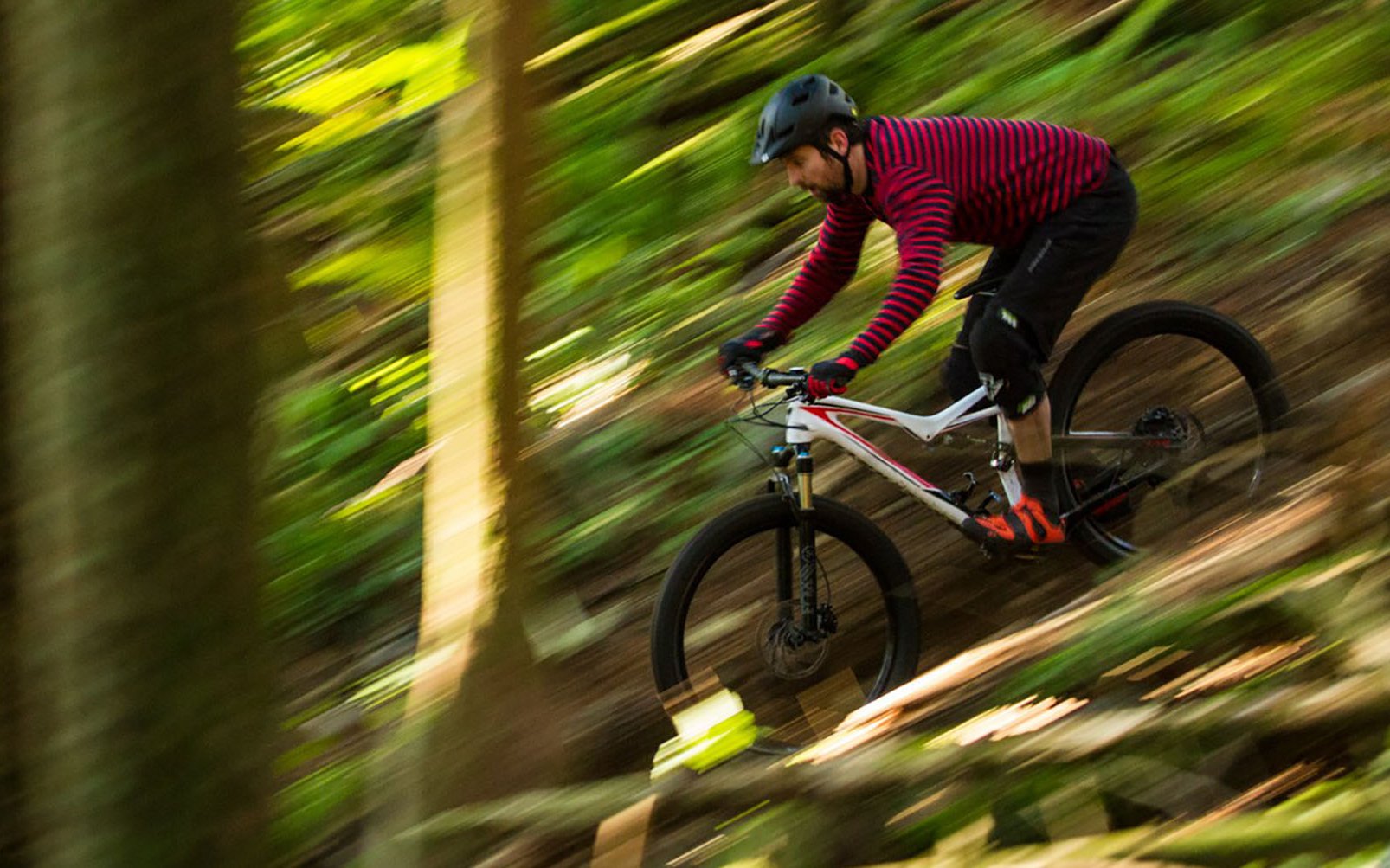 2 - What follows was originally written the day before the whole Camelbak/Giro/Bell thing blew up, then was re-written to be the intro into that, which was deemed to be too long for any normal human to enjoy reading, so now we're back to just answering the question that was actually asked.

3 - Apparently we only have one mouse in the house right now. Mine has been stolen, and I'm attempting to figure out how to do things again without the aid of one. Kind of like when really good bike riders ride chainless for the day because regular bike riding is just a bit too tedious? Alt...arrow...Italicize...enter.

Riding bikes is awesome. If I could get paid to do it, that would be amazing. So I, yeah, I'm a little jealous of the pros who get paid (some of them even half decently) to be in this industry. Buuuutttt I'm a little worried about accountability. What I mean by that is that some "pros" sign away their ethics and morals just to get their paycheque. We have dirt jumpers signing contracts with e-bike companies, freeriders building trail in illegal areas, trials/BMX riders videoing themselves pulling highly illegal stunts in traffic (without helmets to boot), and people repping brands that make questionable products, or "bike" brands that do knockoff products or loads of clothing with cool catchphrases and stuff that isn't really bike related, or athletes endorsing products and singing nothing but praises about them, simply because they're paid to.

So yeah, getting paid to mountain bike is awesome, but how do we keep the pros, the public faces of these brands to actually represent riders? It just takes a few jerks, doing high profile stunts in public to cause problems for the whole industry. We are already having enough issues with big name brands not contributing to trail access and development, no less e-bike makers not getting properly involved in the debate over their use...

So my question is this: what do we do to keep the public faces of mountain biking accountable to the community? How do we remind them that they are the public face of our little culture and that they need to represent us in a positive light, and not just pimp themselves for their paycheque? I don't mind people making a living biking, as I've said, I'm even jealous... but there are consequences to how this is currently being dealt with.

Accountability. Everybody seems to be screaming “Accountability!” these days. It’s what we demand of people when they say something we don’t like. It’s the first thing we suggest is required of politicians on the other side of the aisle. Shit, it’s often the loudest argument out of the mouths of people deflecting blame from their actions onto others, and thus, is my favourite buzzword to use at work when things go to shit.

This is the problem. “Accountability” has devolved into complaining about something somebody else does while not recognizing the same thing in your own actions. And this is where things split into two because you’re kind of talking about two different things.

Accountability For Who You Work For

In a perfect world, we would all be working jobs that we love, for organizations that we believe in. We’d get paid a fair wage, and we’d all go home happy and fulfilled. I’m not sure what it says about me that I can’t even imagine what this looks like.

Other than a very small minority of us, we all face some element of compromise to this utopian vision. Our work is probably further from home than we would like. Not many people look at their paycheque and thing "Ya...that seems about right." And some of us get a bit put off each time our CEO funds a coup in a foreign nation. We've all accepted a paycheque from something that our heart wasn't into, or from somebody that is kind of an asshole. We all compromise and almost nobody gets to work that perfect job for that perfect organization.

Worse, even if we are working our perfect job within our perfect organization, somebody, somewhere probably disagrees with us. Even the unicorn factory puts out emissions that piss somebody off. I can pretty much guarantee that we, or the companies that we work for, have participated in some activity that makes life bad for somebody, somewhere, and at least a small segment of society thinks that we're personally compromised by working there.

So, yes, in a perfect world, pro riders would only work for ground-breaking companies on the pinnacle of innovation that pumps 110% of their revenue back into trail maintenance. But, sadly, pro riders face the same decisions about compromise as the rest of us. And should we honestly expect them to walk away from their livelihood every time their employer does something crappy? Just how large does the pitchfork mob have to get before they're supposed to act? Would you do the same? What's your personal threshold for giving up your paycheque? It's very easy to judge somebody else for not making that call, but I think if we're all being honest, we would probably make the same one. So, perhaps we're full of shit when we make these demands of other people who are doing the exact same thing we would probably do ourselves?

But there's also a pretty good chance some of the people we are talking about don't give a shit about any of this, and if the devil himself came with the highest paycheque they'd happily sign on to promote the Lucifer Hellbike™, with patented baby skull technology. Which leads to part two.

Accountability For What You Do

So we’ve established that we need to cut pro riders some slack based on who signs their paycheque. But it probably gets a bit easier when we start to talk about the personal actions of that same rider. There are things that we generally expect from other humans. We expect them to obey laws, to ride responsibly without bagging the shit out of trails, and to not create videos that glorify all of the bad decisions that they're supposed to make in private. And for the most part, we can look upon ourselves, discount a few lapses in judgement, and agree that we hold ourselves to that same standard. So, it seems fair to hold professional bike riders to that same standard and expect them to follow the same rules that most of society generally respect.

You could even take that a step further and postulate that because these pro riders have chosen to be public figures, and to be the face of brands that are trying to sell us shit, that they should perhaps be held to a higher standard due to the impressionable minds on which they might have an impact.

But there are several problems here. First, who gets to draw that line? If everybody has a line that is slightly different, pretty quickly you will start to realize that somebody is going to be pissed off no matter what you do and it becomes easy to just decide that the whole thing is pretty absurd and you shouldn't bother worrying about anything that anybody thinks. It's a path towards anarchy.

Next, once again, we're all generally quite poor at judging their own actions. I have a friend who is a terrible driver. Just seat-grippingly bad. And he seems to be the most eager person that I’ve ever seen to yell and scream and honk at the slightest on road provocation. And I’m sure I have a similar blind spot, somewhere. We're all just a tiny bit delusional about how we are living our lives, aren't we? Even the best of us are doing things that get somebody else all riled up. How do we decide what issues warrant an honest response, and which are just ludicrous hypocritical demands?

There's also a problem here of demographics. I was just having a discussion a few days ago about how stupid we were as 20-year-olds. Like, it just seemed natural that the party started at 11 and it involved throwing shit out of a window. We did all sorts of dumb, stupid things and we liked all sorts of dumb, stupid things. So, while all us old fucks are up here, judging this stupidity, there's a whole chorus of other, more valuable customers, cheering it on. How is the average professional supposed to make sense of that?

So, how's that for not answering your question? I mean... I guess it sort of does. Nobody really cares what you* think anyhow, so there's not much you can do to change the actions of some guy who gets paid a few dollars to ride a bicycle. Save up your energy until somebody does something, or associates with somebody, egregious enough to warrant your unrestrained outrage. Spend less time worrying about what others are doing and focus a bit more on your own actions. And then when somebody straps a motor and a battery to something and pays somebody to ride it, you can flip some fucking tables.

*Not, like... you. The royal "you". Stop taking things so personally.

We're going to go to two opposite ends of the spectrum today. In honour of Kacey Musgraves getting best new music over at Pitchfork (!) for an album I'm not really that into, let's give her a chance to shine in our little spotlight.


Next, do you think it would be possible for a band like the Misfits to exist today?  A bunch of goth dressing dudes hammering away on their instruments while singing about killing babies?  This is what I mean when I say the danger has been wrung right out of music, these days.

In the end, it's only mountain biking, not quantitative easing or something even more sinister and impactful.

Its important to remember that most discussions and arguments centered around mountain biking are right on the top of the list of contenders for the "World's Most First World Problem" award.

I agree with Cooper. Some are worried about their next meal. Others are worried about how somebody represents their main leisure sport. It's impossible to live life while being fully accountable. Does anyone know where every single component of their living abode originates? Someone somewhere along that line has done something and was not held accountable.
I say just try to live a life just.

Yet if you rarely understand lyrics,

the Misfits sound so happy and poppy relative to most of Dave's music choices.

Is Uncle Dave happier and less grumpy this week? 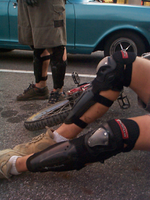 So "Broke" could just sit on a ledge and push things over like a cat. Might be stress releasing every time he reads or sees things not aligning with the hum of perfection. Good music selection:)

Our society is essentially a bunch of self righteous entitled hypocrites.