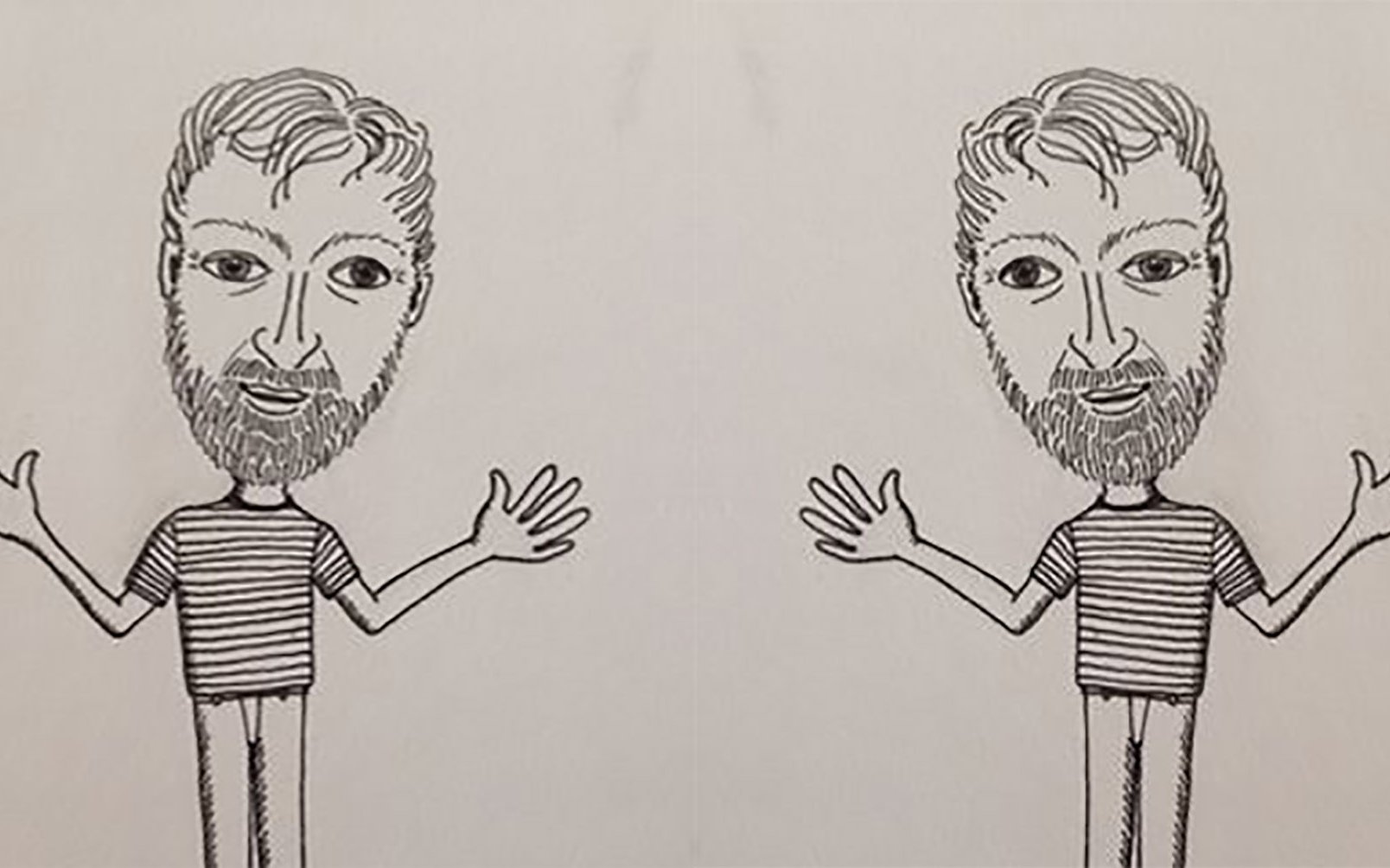 Dear Uncle Dave: Getting old and other nonsense

Yesterday was one of those strange days where you stumble from one random event towards another. I’ve tried to figure out how these events are related, and if I squint just right, a connection sort of emerges. But not really.

I found myself in a Starbucks, and I was surprised to hear the less-than-soothing sounds of Parquet Courts floating softly through the air. Like...what is the world coming to?

I was driving myself from work to the trailhead. I was approaching the halfway point of the Ironworkers Memorial Bridge when I hit the brakes. Not hard, but definitely in a brakey fashion. And I was fairly surprised that this was followed by a metallic tinkling sound upon my windshield. When I parked up on Fromme, I walked around to the front of my truck and found a key sitting on my windshield wiper. Not just any key, either. One of those fancy looking “do not copy” types, and one that I had definitely never seen before.

I started climbing up Fromme. I’m on the 3rd switchback, slowly picking my way up the mountain, listening to music. And you know how climbs up Fromme go. You sort of meander about looking for the smoothest line. I'm pretty conscious of what I'm doing, even if I'm tuned out, listening to music. I’m certifiably paranoid that I may hold up somebody behind me, or get in their way, even though, 9 times out of 10, I’m doing the passing rather than being passed. You can usually hear or feel the odd car or truck that comes up, so there's not really a worry about getting run over. But if I'm cutting from one side to the other, I'll throw a shoulder check just to make sure I'm not cutting off a faster climber.

So, I'm cutting from right to left...not super fast, but not super slow, either. I start on the right, and angle towards the left at a 45 degree angle. I throw my shoulder check and it's just like "WHAT THE FUCK!" This thing goes rocketing past me. Like fucking flying. Dude on an ebike. I missed him/he missed me by about a foot. If no shoulder check, there probably still wouldn’t have been a collision, but it would have been more like 6 inches. Motherfucker doesn't even stop pedalling, just keeps rocketing up Fromme. And fuck me if that guy is travelling slower than 30 km/hour.

Honestly...I wouldn't believe it. If somebody showed up in the comments on one of these here articles and talked about the potential for ebike collisions climbing up Fromme, I would roll my eyes so hard before aggressively ignoring everything that they had to say. Granted, yes, I had headphones in. But it's just like...you know, you're not looking out for that kind of thing when you're climbing your mountain bike on a dirt road. I wanted so badly to catch up to this guy in order to explain to him that his actions had nudged me fairly firmly from one side of the e-bike fence over towards the other.

It’s late, and it’s getting dusky, so I’m really just tearing off a quick lap. And it proceeds to be one of those rides where you can do no wrong. Everything flows perfectly. Every backside gets nailed, every roller gets pumped, every depression gets manualed (or some approximation thereof), and you finish the ride feeling like you are bicycle magic. Honestly, the ride had no business going so well. It was only my second time back on the bike after taking a break to go on vacation, and here I was feeling like I was at peak, mid-season form. “That felt like I was 10 years younger,” was the thought that went through my head.

And then I started thinking “what a strange thought.” I mean, 10 years ago, I was of an age that for most of my young life I would have looked upon as positively ancient. The beginning of the end. And here I was, reminiscing of a time where I would dare to be so young and ache free. And then I started imagining a time, 10 years in the future, where I’d be so lucky to go out and have a magical ride that would inspire me to look back upon the here-and-now as a potential era of “youth” and “vigor”, and that was just too much of a colossal mind-fuck for me to be capable of dealing with.

And I guess that’s the string that held this day together for me. The clown on the back of the giant shark.* We spend half of our lives trying to figure out what we want to be, only to, one day, look back and discover that we’ve already been a thing for 20 years. We think we have all of the answers, only to realize that whatever we’re thinking and wherever we are, is just going to be something silly that we vaguely remember 10 years into the future. And then a key magically appears on your windshield and you think it might be some sort of sign or metaphor, but it’s really just a key that somehow wound up on your windshield. And then you almost get run over by an e-bike.

*This was originally a reference to something that I had in an earlier draft that I removed, but it felt appropriately nonsensical to leave it in...so I left it.

Uncle Dave is working on a pretty good question right now, but he's been telling us that he's got lots more bandwidth, so fire away to askuncledave@nsmb.com

Before we get started...I originally had this video buried in a link below. But you can pretty much just ignore everything below and go watch this instead.

And now...back to our original nonsense.

How can it be anything other than songs I listened to in 2009? I actually wrote this off as a not great year in music, but damn, there's some pretty good shit that came out in 2009! There's actually a few songs here I've been trying to work in for a while. At this point, this whole article is just feeling like an excuse to talk about the music of 2009.

The promise of Girls never truly emerged, but it's all here in this one.

Jay Reatard - It Ain't Gonna Save Me

Fuck...this sucked. I think Jay died pretty soon after this. I only ever saw him do a quick performance live at Zulu. Keep watching this one...it's a face ripper.

Oh my god. I probably listened to soooooooo much Atlas Sound in 2009.

My buddy loooooved the Yeah Yeah Yeahs, but I never really saw it until this album. Can you imagine being a part of that video shoot? "Please, just sit there while these gothy looking people pretend to play music on the stage. A wearwolf man is going to come out at some point."

I think I may have already posted this once before, but you can never have too much Dan Deacon.

Not the strongest work from Wilco, but how can you not respect "Wilco the Song" from Wilco (The Album), by Wilco?

The Thermals - We Were Sick

Definitely the start of the decline of The Thermals, but I kind of love how poppy this one is.

Sunset Rubdown is sort of one of those things that can't be represented by one song. But this was a definite era. And these guys rose to another level live, somehow.

Another one of these bands that showed so much promise, but never really took off for me.

The first time I saw M. Ward play, I couldn't believe it. He started with "Duet for guitars #3" (actually...if there's any videos you should watch out of any of these...it's the link to that one...holy shit), and it was like...."Wait a second...there's only 1 guy on stage playing guitar...why does it sound like 3 guys playing guitar?" That's not really on display here, but whatever.

This band fits nowhere...I still have no idea where I first heard them. But I loved this album in its entirety.

Okay work by the Dodos.

Like the break-up of the former Yugoslavia, The Unicorns imploded and struggled to find their way for a good little while. Clues was one of those floundering objects, and Alden showed us that he was responsible for most of the weird from the Unicorns.

Just a lady and her electrical instruments

You forgot the part about looking at your bike and realizing that you own the level of bike you used to lust for, but somehow it doesn't make you any happier than when you had a clapped out POS because you rode that POS way more often.

But being middle aged is pretty awesome!! 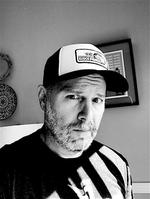 '09 was a pretty intense year musically (and for me otherwise). Seriously bummed I never was able to see Jay play, but coincidentally that year I went to Memphis to witness (the first) reunions of The Gories and The Oblivians which were two nights of the most amazing shows I have ever seen.

Have seen the exact same thing on Mountain Highway with ebikes. On the one hand I give credit to those guys for putting down the watts and not just spinning up (which they could do at 15km/h without breathing hard), on the other this is a real world example of how user conflict with ebikes climbing CAN and DOES happen where it does NOT happen with normal bikes.

Stop blaming e-bikers same excuse hikers have when regular bikers run up on them on trails. Dude first off should not be weaving across the wide road up from , who does that ?

People have to be respectful of all other users on the trails, roads etc. plenty of blame to go around. And in my 30 plus years of riding mountain bikes I've heard it all. It comes down to the individual not what the person is riding.

So....you stay in the same lane, the entire way up fromme?  Judging by the tracks, I think you might be in the minority.

I admit my culpability.  Still, a pretty weird thing to happen.

Hikers can anticipate mountain bikers climbing behind them because they are not much faster than walking on single track or steep road climbs, they can also hear the breathing and there's time for a friendly "on your left" or "can I pass when it's safe".

Ebikes travel much faster uphill and are silent, so hikers do not have any warning/anticipation especially on fire roads.

For descending, there's no difference. Hikers on multi-use trails know to expect bikers (or should, at this point) and bikers should be respectful when descending.

This sounds a lot like some of the e-bikers I've interacted with.  I'm assuming they are ashamed of themselves and feel the need to scurry off and avoid human interaction.

I also don't think Meister understands the Fromme road.  It's similar in appearance to the 2019 Albstadt WC XC course.  I'm assuming even though it's a wide dusy sidewalk that racers are going to be weaving from side to side.  I sure hope they don't get in the way of any e-bikes.

Never mind getting older, it's just like fading away.