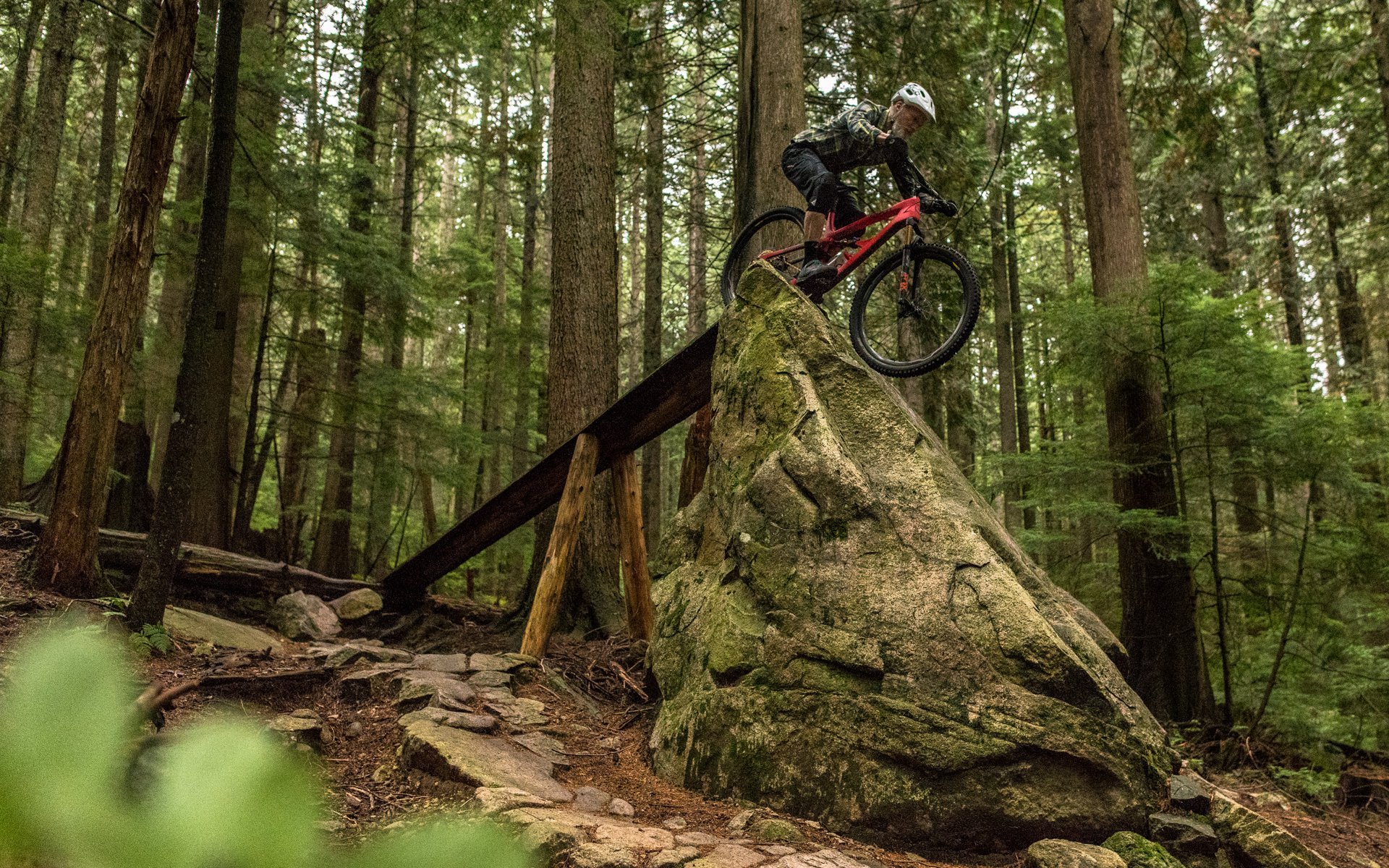 This Christmas wish list comes with a bit of a preamble - please bear with me. Over the years I've cultivated an appreciation for gear that tends towards the esoteric. As such, I've found the hardware landscape of late has been a bit bereft of proper lust inducing content. It seems as bike tech becomes more and more refined, design tends to converge on sameness. There's certainly no shortage of carbon-stuffed five figure uber-bikes that work spectacularly well, but they tend to lack the certain je ne sais quoi that flips me from: yep, that's pretty nice, but not going to release my tightly clenched wallet nice, to: holy shit, I must now seriously re-evaluate familial obligations to make space for this in my life. Attempting to imbue inanimate playthings with "soul" seems a silly and fairly hipster-esque endeavor, but dammit if I'm not attracted to certain artisanal things injected with said hard to quantify character. It's an irrational affliction. Lets fire up some images for a bit of backstory: 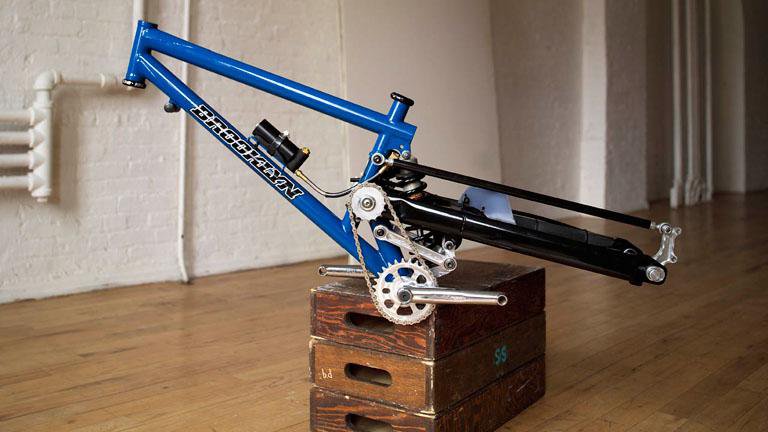 The Brooklyn Race Link was my grail bike for years. I loved the unconventional drivetrain layout and purposeful industrial aesthetic. Still damn sexy to this day. Photo source: unknown. 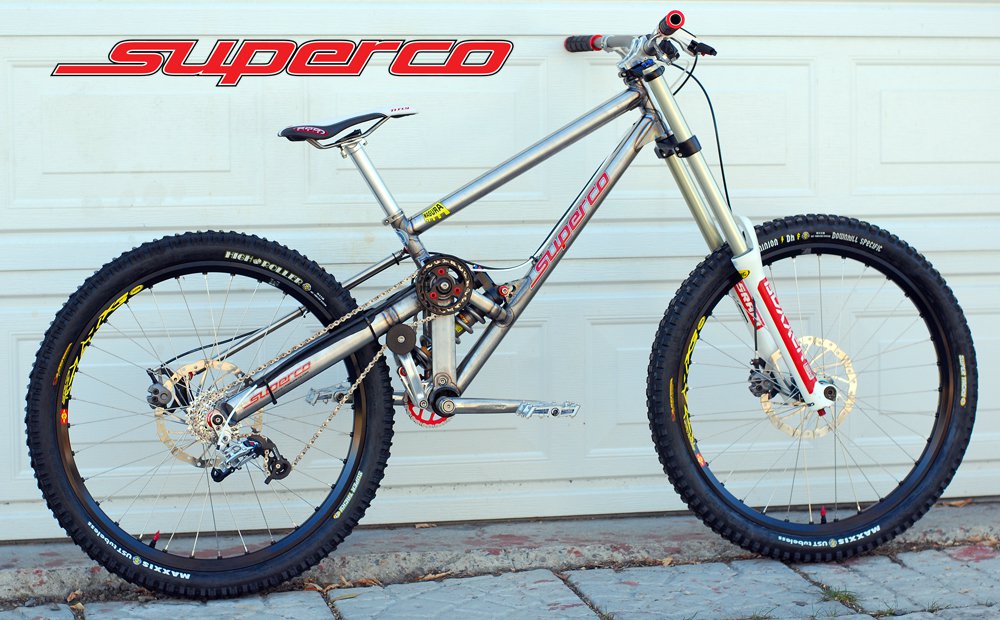 Doc split from BMW and fired up a new company - Superco - and built a lighter, updated geometry iteration called the Silencer. An opportunity to ride this bike in Whistler helped to position this rig on the top of my personal pedestal of all time greats. Alas, this particular unicorn never made it into production. Photo: Superco. 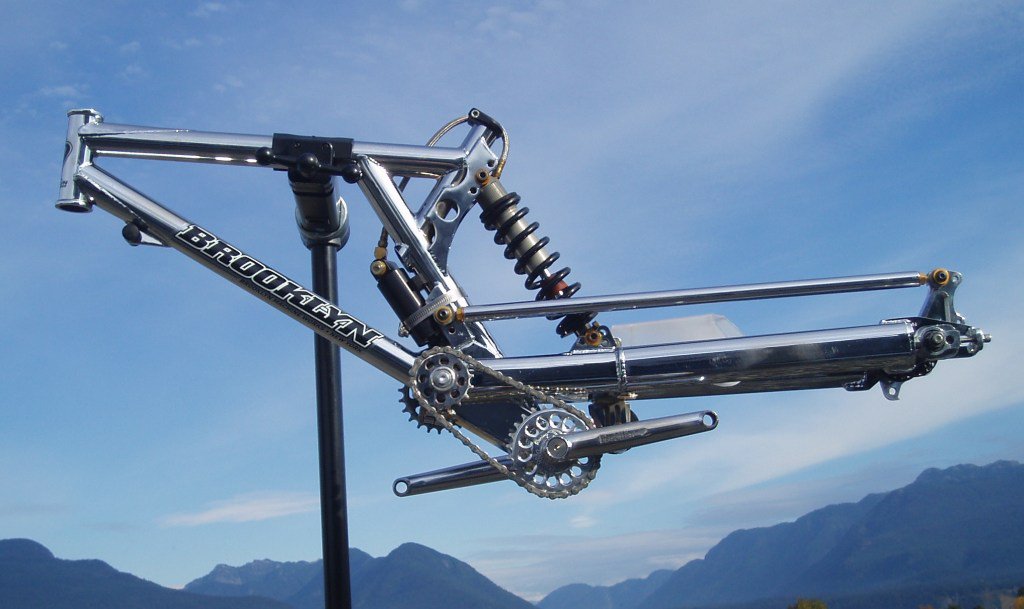 I never did own a Racelink, but stumbled upon a used Brooklyn TMX - which made for a fun build project. The ridiculous weight and dated geometry motivated me to sell it (to fund a very different, but equally ridiculous bike), but I still regret handing this one off.

So along comes this upstart UK based company called Sick Bicycles. At first it seemed more of a branding exercise, fired up on Kickstarter, pushing heaps of clothing, but lo and behold if they didn't bang out a handful of fillet brazed steel 29'er hardtails sporting some properly slack / slammed / stretched geometry, followed shortly by a batch of titanium iterations. You sirs, said I to myself, now have my attention. Recently, they've launched titanium framed gearbox hardtails, and posted teaser shots of a knarly high pivot gearbox shred machine - the Heathen - that pays serious homage to the Brooklyn Machine Works / Superco bikes of yore. Too much, you cunning bastards. So - on my Xmas list of unrealistic wishes goes the following: 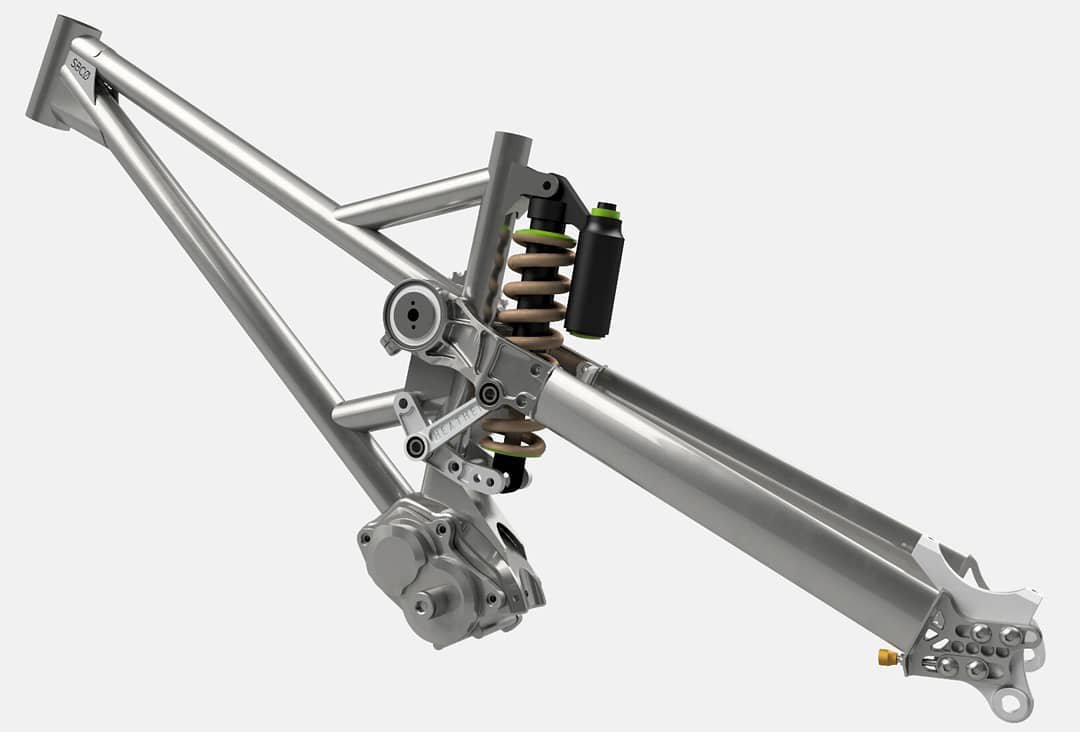 The Heathen certainly shares a pedigree with the high pivot jackshaft bikes of yore, but adds a full range gearbox to the mix. Sick! Image: Sick Bicycles.

The Heathen: I'm not even sure what this bike's design intent is (details are nonexistent currently). It appears to be a full on dual crown DH destroyer, but the full range gearbox suggests the possibility of expanded utility. A pedal-able long travel single crown all terrain thrasher perhaps? Whatever the case, I probably don't need it, but want one, nonetheless. The mix of badass industrial aesthetic, modern geometry and next generation drivetrain, with a hearty dash of nostalgia tugs at my heartstrings. 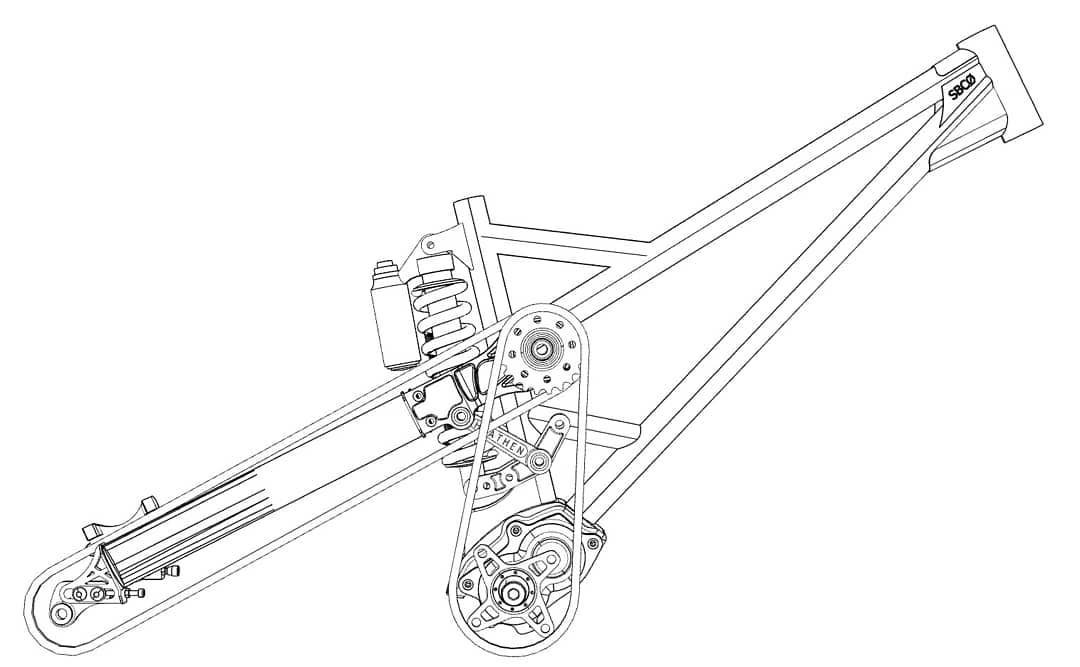 Back to the previously mentioned hardtails. Though they're not a regular mainstay in my riding repertoire, I've got a soft spot for unsuspended frames, and love jumping back on board periodically to keep it real, as it were. I love the elegant simplicity of a good boneshaker. Sick is in the process of doing a production run of the titanium (!) framed, Pinion gearbox equipped 650 wheeled Wulfbaron - behold it's magnificence: 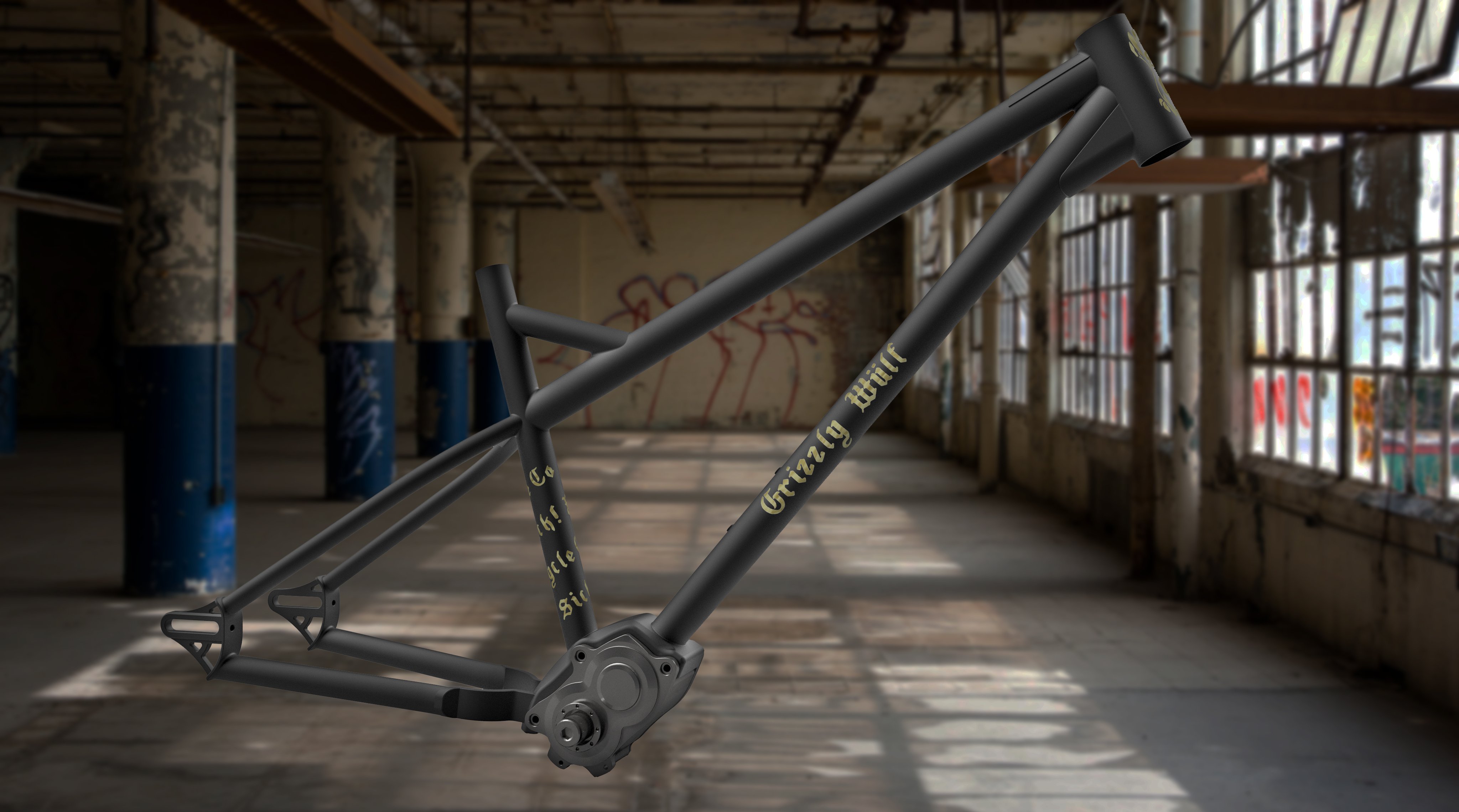 Could this be the ultimate winter thrasher? Image: Sick Bicycles.

The thought of a bomber, almost no maintenance drivetrain, that's completely rattle free (add a sprag clutch hub for super stealth mode), on a frame with geometry and material longevity that should keep it relevant for a good long time, makes this one of the most compelling designs I've come across in a long time. A legacy ride to beat on, put away wet, and hand down to your children. Though this bike is rad, talk of an upcoming gearbox iteration of the Gnarcissist - the brazed steel 29er sled - has me properly hot & bothered; on the list of wants it goes.

Moving on to more realistic requests now - I've been a beer nerd for years, but have only recently dabbled in the realm of whiskey. I've enjoyed sampling Canadian Ryes and Kentucky Bourbons, but the big peaty Scotches have really impressed. What better gift to warm the cockles of ones heart on a cold winters eve than one of these: 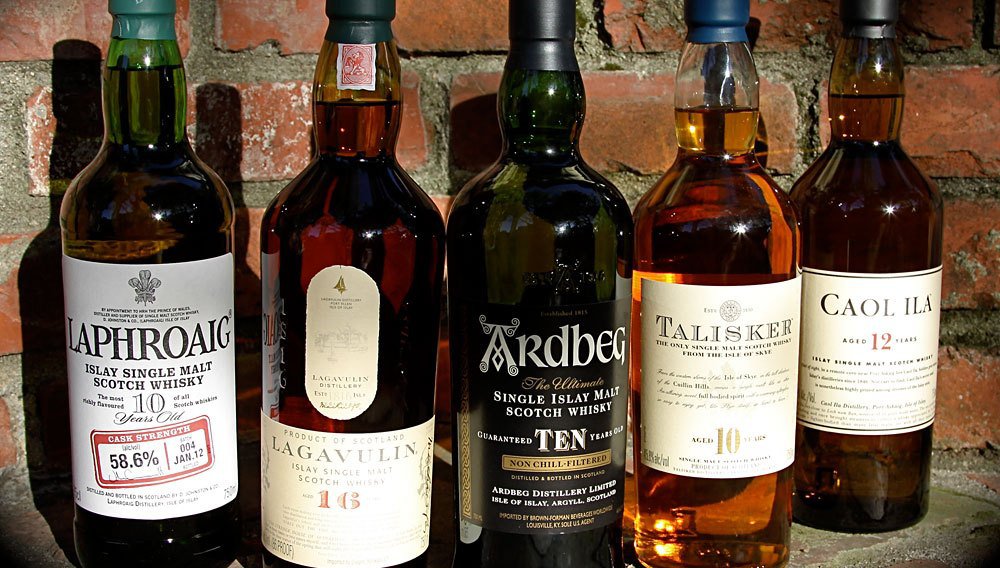 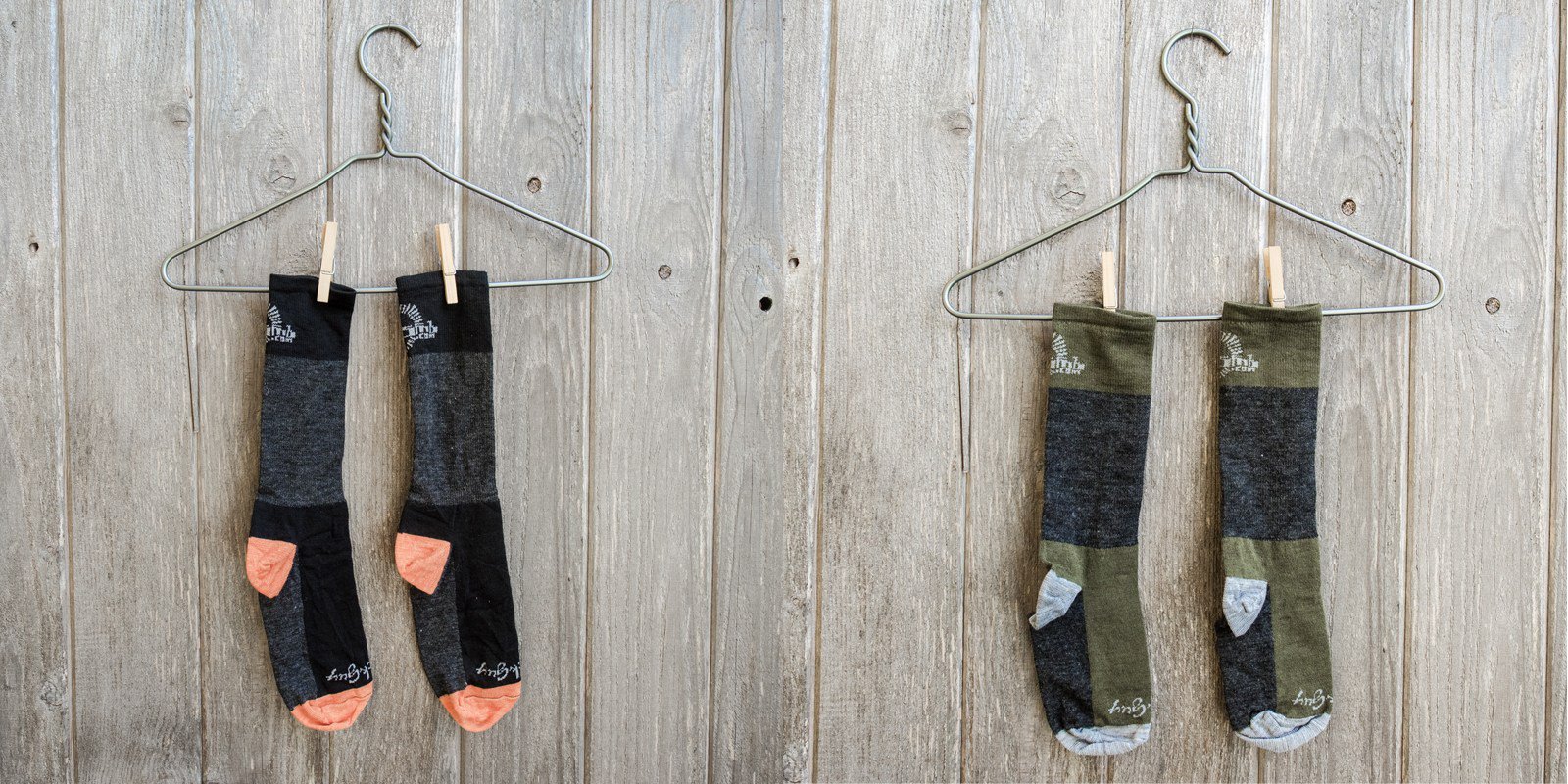 Shameless plug? For sure. A nice pair of woolies.

Finally - simple, inexpensive - but practical - gifts can be some of the best. Hard to go wrong with a cozy pair of quality socks.

Laphroaig used to be my fav when I was a drinkin' man.  Not as classy as some of the others but it was distinctive.

No lack of class there! But the Quarter Cask takes Laphroaig and adds several layers of complexity and refinement. It is a super good deal at duty free shops, too.

finished my ardbeg; the QC was next on my list to pick up.

The Lagavulin 16 is worth every penny, and not too peaty or smokey.

On a completely different note, suspension designs like the Heathen that place the shock in the path of muck from the rear wheel are a total boner kill for me.

Perry, Thanks for the great article on you TMX.  I loved their Racelink, it was ahead of the times.  Peregrine Bikes as well as they are also doing similar things albeit with a Pinion.

As as side note I love Sicks don't give a F attitude which is great to see as most other bike companies are now tending towards mediocrity.

yeah, the sick blokes have the right attitude; hoping it works out for them. for a fresh startup, they've certainly made a solid intro. working the media hard. time will tell if they can follow up on the hardware front, but looks good so far.

hard to argue with that. damn, this is not a cheap hobby.

These super long and slack hard-tails are pretty awesome, but I feel like they fill the same niche as my fs bike. Something a little more all-around like a Stanton Switchback with a pinion would be an amazing all mountain commuter.

the above 650 HT has relatively sedate geometry (at least compared to the 62* ha / ~1400mm wb gnarcissist), so probably fits what you're describing pretty closely. though i'm all over trying something with ridiculous geometry just to see where the practical limits lie.

Does this count as esoteric enough?

i saw that. pretty ambitious project - looks like they're building their own shock!