What I really want is less stuff. Less clutter. Simplification. I’ve been working on it but it’s a long slog unraveling decades of accumulation. Broken tools? Chairs my grandmother owned (not 1 but 6 or 7)? An old hubcap, mostly worn 9-spd drivetrains, 26″ road tires, random spokes and nipples, the splint from my recent busted arm last summer: the list goes on. My forebears homesteaded on the Canadian prairies and I blame them for my need to hang onto useless crap. But now I need to purge.

Despite this there are things I want. I can’t help myself. I probably need to enact a policy of three things out for every item in to make sure my decluttering gets serious. Acutally 10:1 would probably be better. Here are some of the things that I have dreamed about coming in – but most won’t end up hanging on my wall permanently.

Tools are something I don’t mind spending money on. I justify these purchases by telling myself I’ll save money by not paying someone else to fix things. And I really like good tools.

My current set of Allen wrenches is a mess. Some have spiraled or broken from removing over-tightened pedals (not over-tightened by me), some have rounded out from years of use and a few of the smaller sizes have had their ball ends snap off. 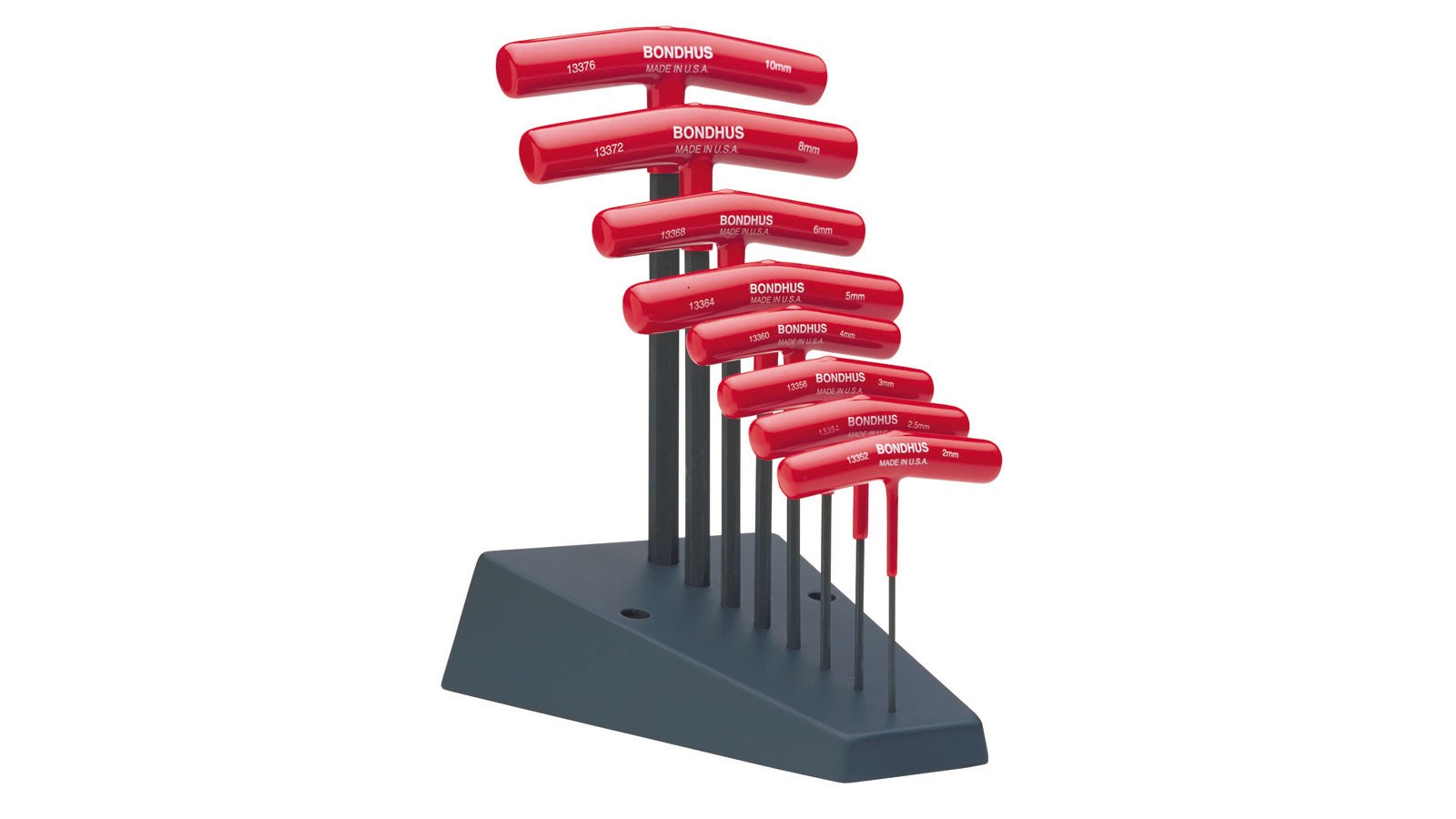 My current set of Allen wrenches is beyond worked. I’d like to try these (Bondhus 13189). They are less sexy than Jon’s Silca tools but they are also about US$140 less money. They are even made with Protanium(!) steel. There is this graduated length set with ball ends on the largest five sizes only and a set without ball ends and 6″ handles. You can pick these up on Amazon for between $40 and $150.

I’ve always wanted a set with symmetrical t-handles that can be spun to remove or install fittings more quickly. A little research led me to Bondhus.  These tools are made in Minnesota, backed by a lifetime guarantee and they won’t break the bank. If you need extra leverage you can always use a crescent wrench on the shaft, but the fat t-handles should provide the required torque in most situations. $32 US. Get ’em here.

Buying groceries, heading to the bike shop, doctor, beer store or the bank; like everyone I often have chores to do around town. When I have time I like to perform these tasks by bike but time is scarce. If I could zip around hilly North Van a little more quickly and, to be frank, with less effort when I’m feeling tired or lazy, I would leave my truck at home much more often. 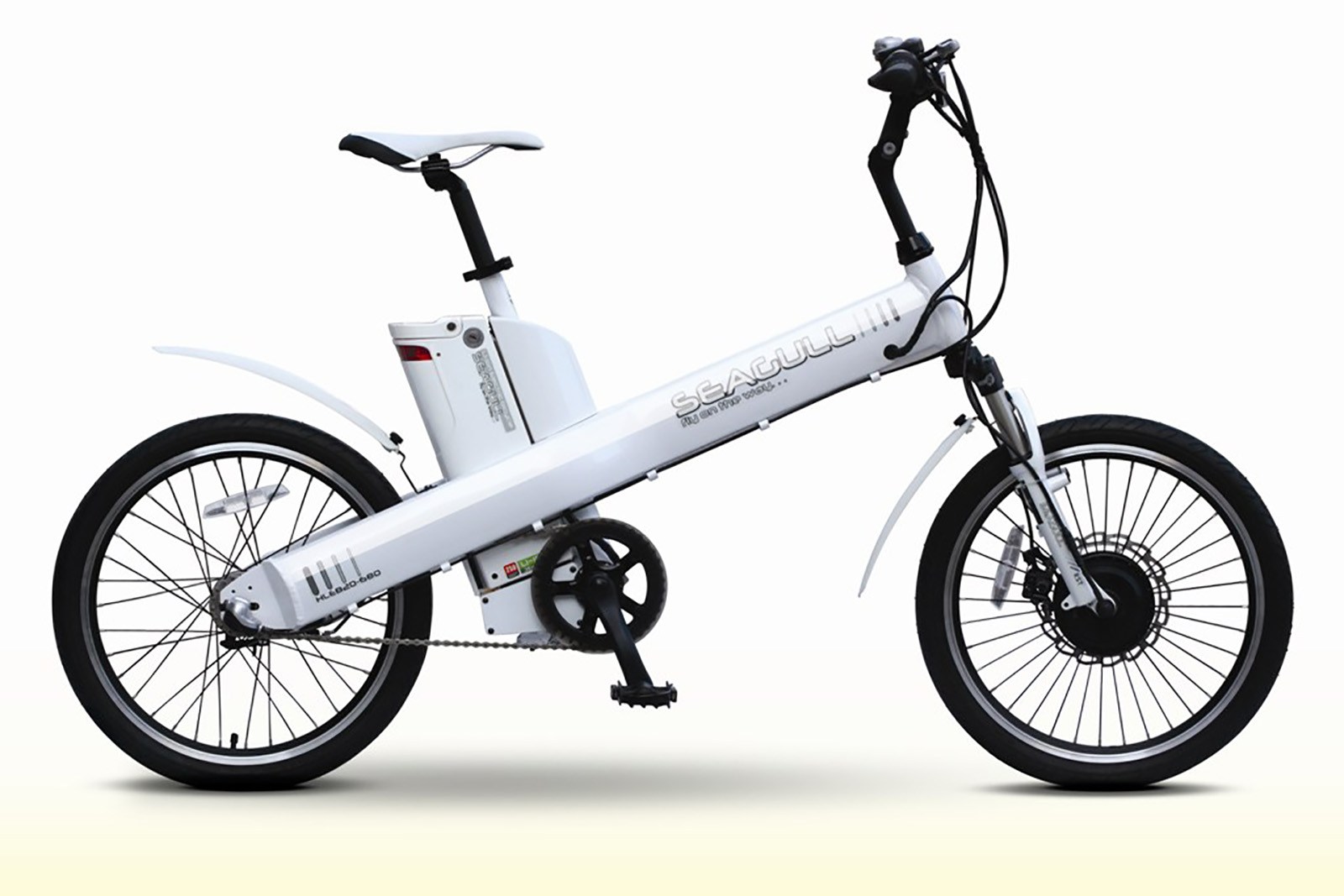 Ugly e-bikes are as tough to find as busted up riders in Whistler.

It’ll need fenders, a light and some storage capacity but otherwise I’m not too fussy. Actually it turns out I am pretty fussy. I want it to look like a real bike, not some tiny-wheeled freak cart. I don’t want a step through frame. I want power at the bottom bracket rather than the rear wheel so it won’t ride like crap and of course disc brakes. So it turns out I am fussy. 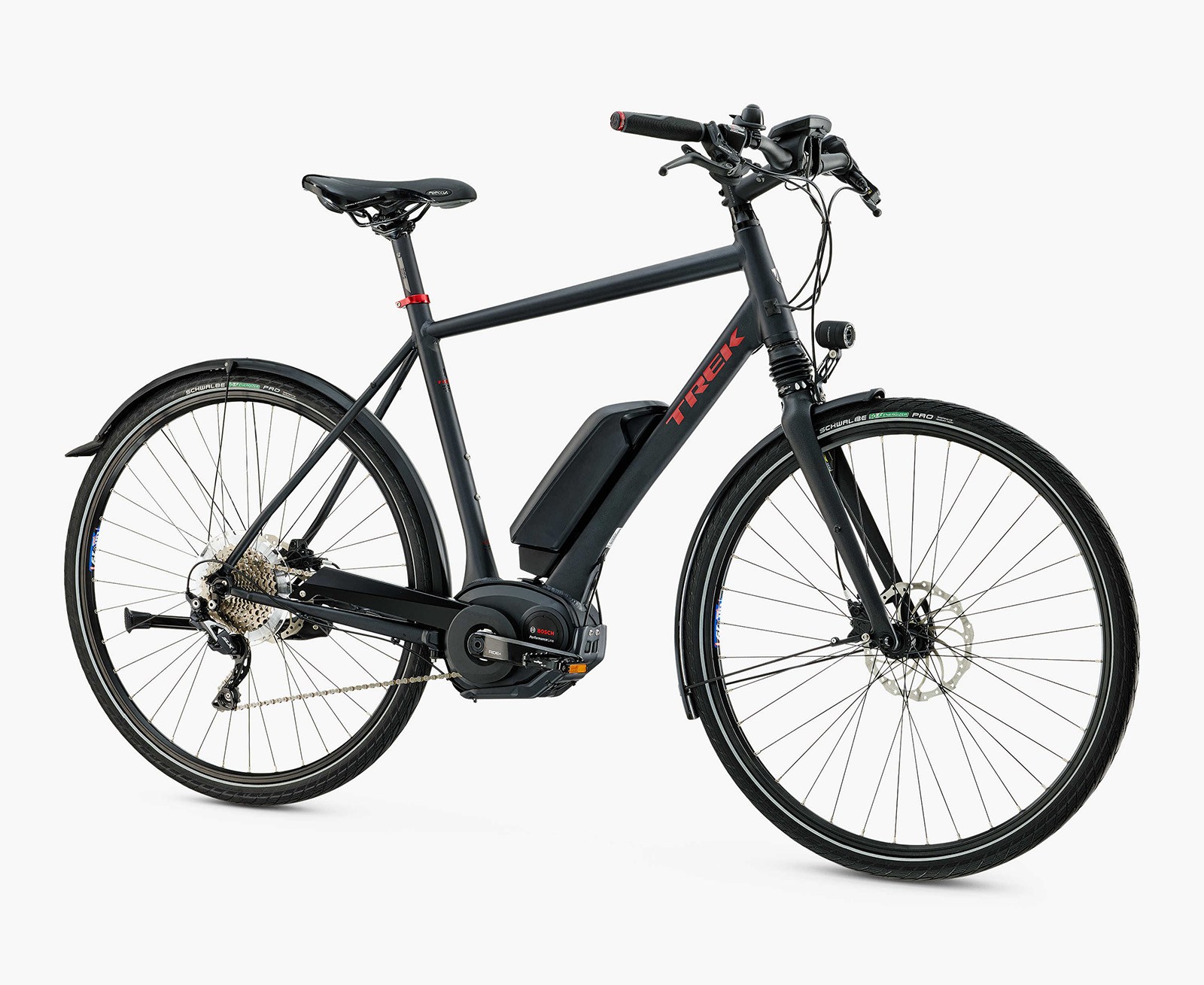 The Trek XM 700 could meet my needs. Once I add a rack and some panniers for beer runs. It costs US$3500 and includes disc brakes, 1x drivetrain and a Bosch Motor. There are cheaper options I will likely have to pursue – but let’s not let reality get in the way here.

I figure it’ll take a couple of years to save what it costs me in gas, but only because I don’t drive very much.

The bikes I am currently enamoured with are swappable between 29 and 27+. I haven’t even ridden one in both guises yet but I have been bowled over by two split personality machines without their alter-egos. The first is the Chromag Primer that Pete has been testing. It has a generous cockpit, short stays and I’ve been riding it with plus wheels and a Fox 36 and I love it. It’s fast and flickable and that fat rubber makes up for the lack of rear travel. And I bet it’s a rocket ship with 29″ hoops. 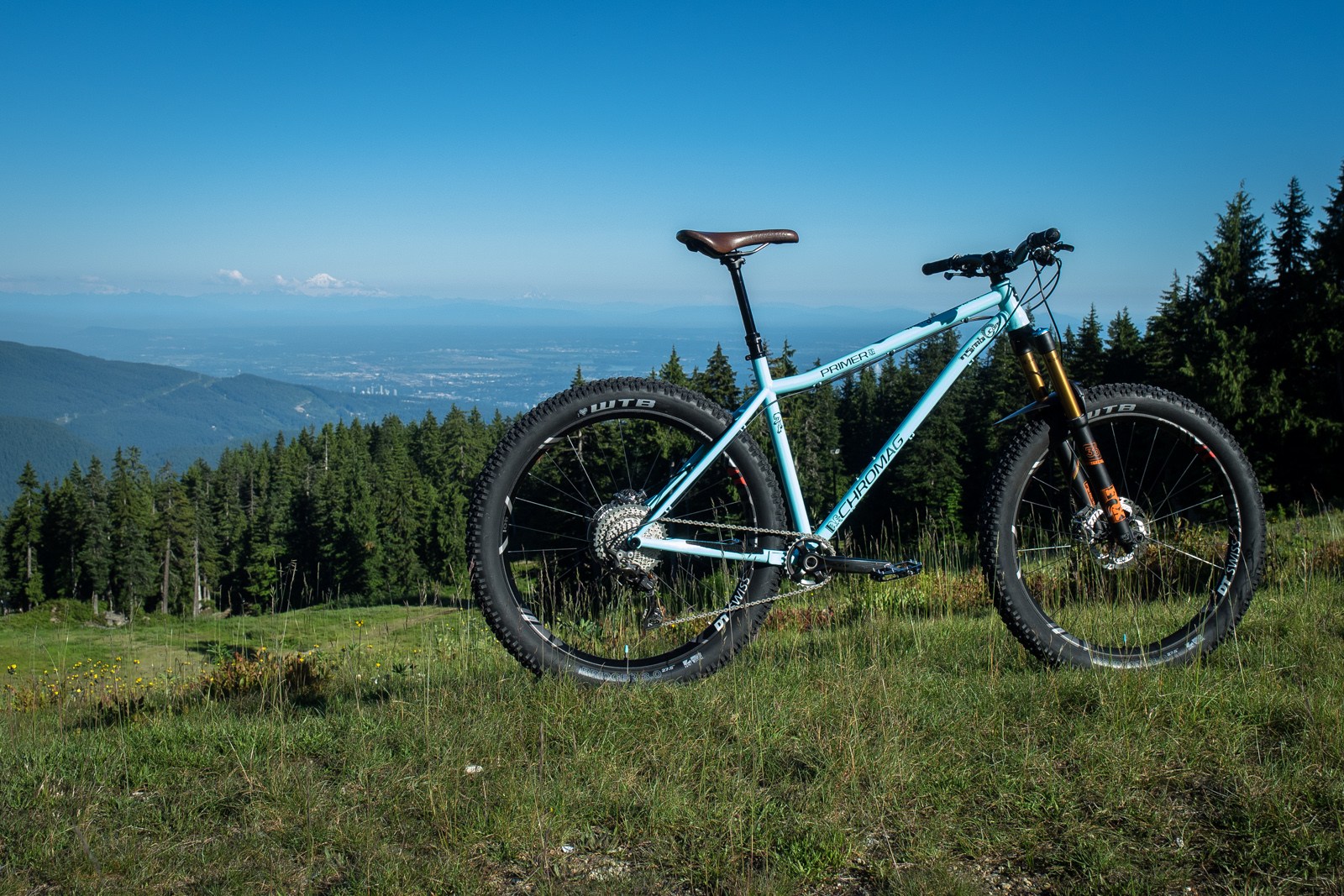 Fat tires are fun! They make great noises on the trail and the feel is incredible. These are 3.0″ WTB Bridger tires. Photo – Dave Smith

The other is entirely different. The Santa Cruz Tallboy is a bike I’ve only ridden in 29er form with a 120 fork, but the capability of this light and agile machine has made me think I’m riding a much slacker bike with more travel than the listed 110mm rear. With a 130 fork and plus wheels it’s going to be bonkers. I’ve never ridden the Santa Cruz Hightower or the Pivot Switchblade but I’m intrigued by them as well. The idea of one bike with two characters has never been so compelling. Clearly I haven’t sorted this yet, but I’m slowly zeroing in. Maybe this is the one bike answer? 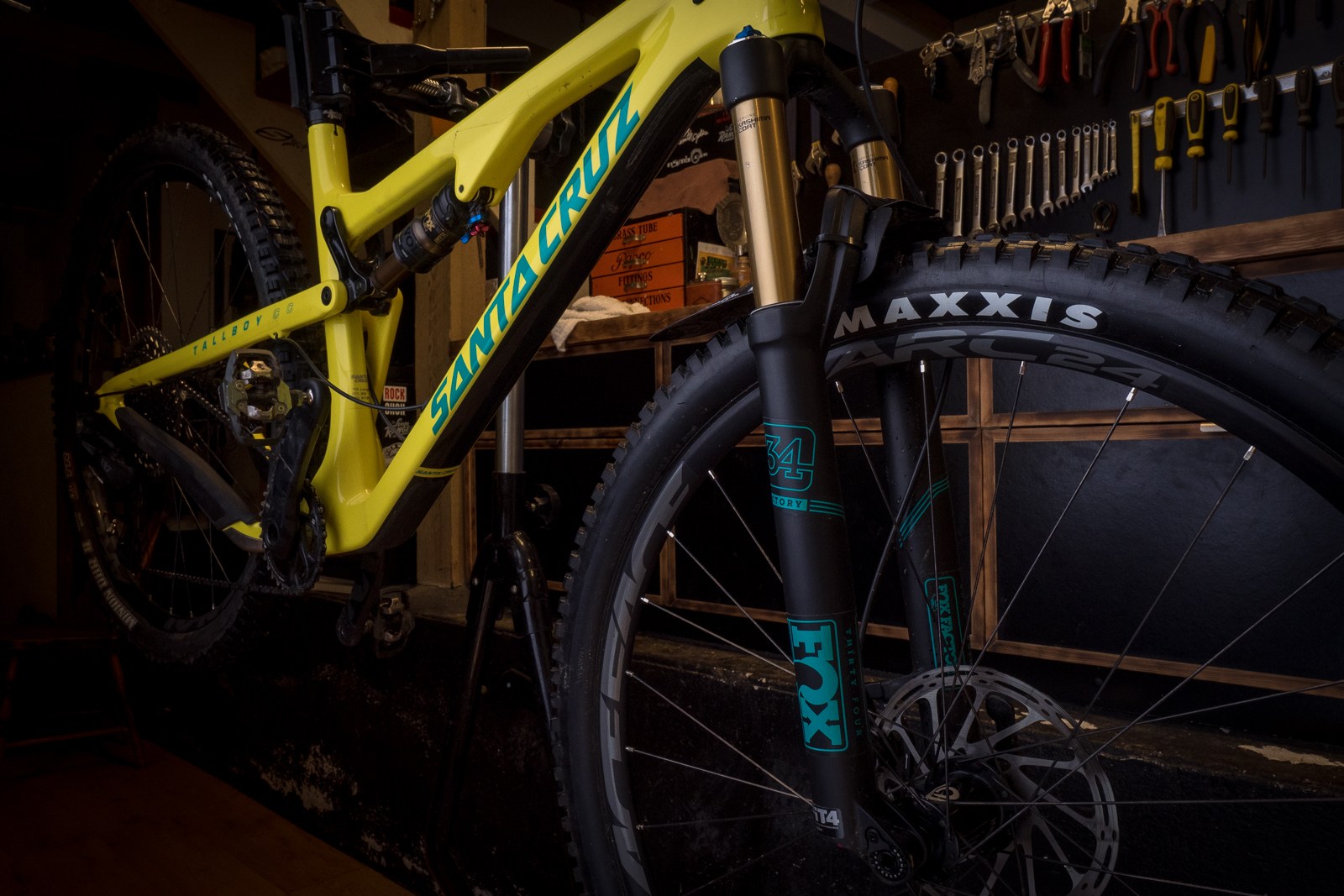 The Tall Boy 3 has impressed me so much in 29er form that I’ve become that 7-year-old boy on Xmas morning thinking about riding it pumped up to 27+. Photo – Dave Smith

I’ve always wanted a handy ratcheting tool that switches easily between the most commonly used fittings. But wait! Make it a torque measuring tool as well? Bingo! The T-RATCHET + TI-TORQUE KIT will set you back US$98 with 6 Allen, 2 Torx and 2 Philips heads. Or you can get a scaled down version the T-Ratchet that doesn’t measure torque for US$50. Check the video to see everything this sweet little gadget can do. The kickstarter went to 1200% of their goal. 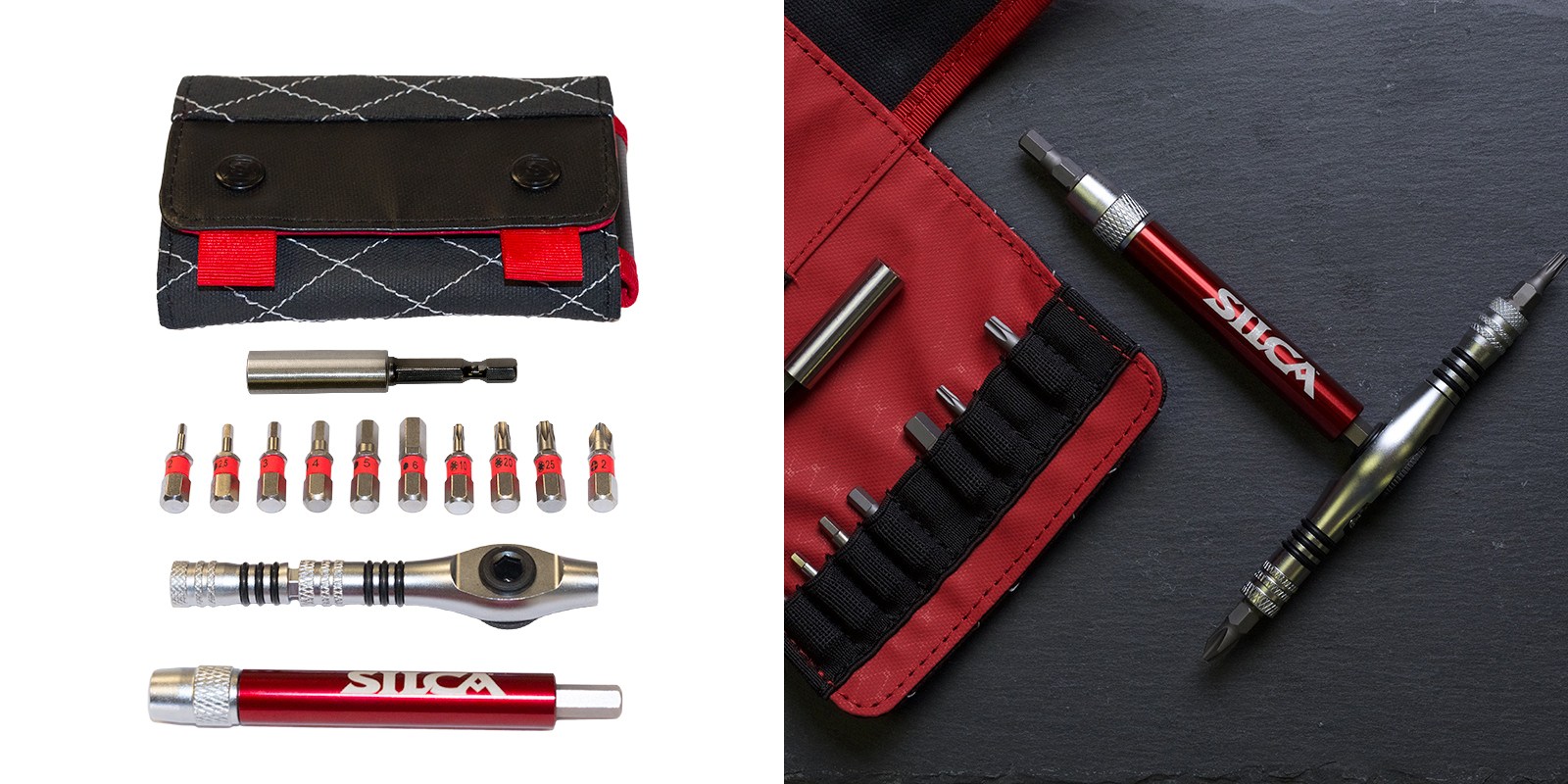 Quick deployment like a gunslinger, lightning fast bar changes or rotor replacements. Speedy assembly when you travel with your ride. This seems like a great tool to have.

It seems I’ve got some stuff to get rid of. Here comes the purge.

Skip the panniers and get a basket!

Which basket?
I've seen a few and they either seem clunky or flimsy.

Wald makes stainless baskets in black or silver, in the US, for not very much money. The 137 is the smaller one and the 139 is the bigger one. They're best attached to some kind of front rack for sturdiness rather than using the struts down to the axle. That attaching can be done with zip ties! I have a Nitto Campee 32f on my bike but there are various options out there depending on your bike's eyelets (or lack thereof).

Trust me. You want one. But you can't have mine.

How about a Segway for running your errands?

For me:
Tallboy - yes, Primer - yes (or may a Honzo carbon), Silca HX-One wrenches, anything from Knipex, Spec Turbo e-bike for commuting.

I you haven't owned an e-bike I'd borrow one for a few days. I was given an e-bike to review. It was the electrified version of a bike I loved. I rode it enough to ride a review, but even though I was able to keep it for free I honestly didn't find it all that compelling and gave it away to a friend.

Yes getting up hills is easier, but that wasn't a good trade off for losing most of the feelings I like on a bike. It also doesn't provide the weather protection of a car so the times I would drive didn't change at all. It was just competing with opportunities I would have ridden my bike and in the end I preferred to ride.

Obviously some people like e-bikes and I have no issues with them being used on the road. Just throwing out my experience in case it saves you a few $$.

Thanks Vik. I have tried them and for me the utility outweighs any negatives - on the road that is. Everywhere is down from where I live and with work, kids and coaching my time is tight. But I love being on a bike and pedalling. An e-bike will also allow me to haul more groceries and growlers! I won't use it all the time but for quick blasts over the bridge etc. it will be ideal.

I bet it would be great for commuting where you want to get there quickly but relatively unsweaty. It would be worthwhile just to be able to arrive at the office and not have to shower or change clothes.