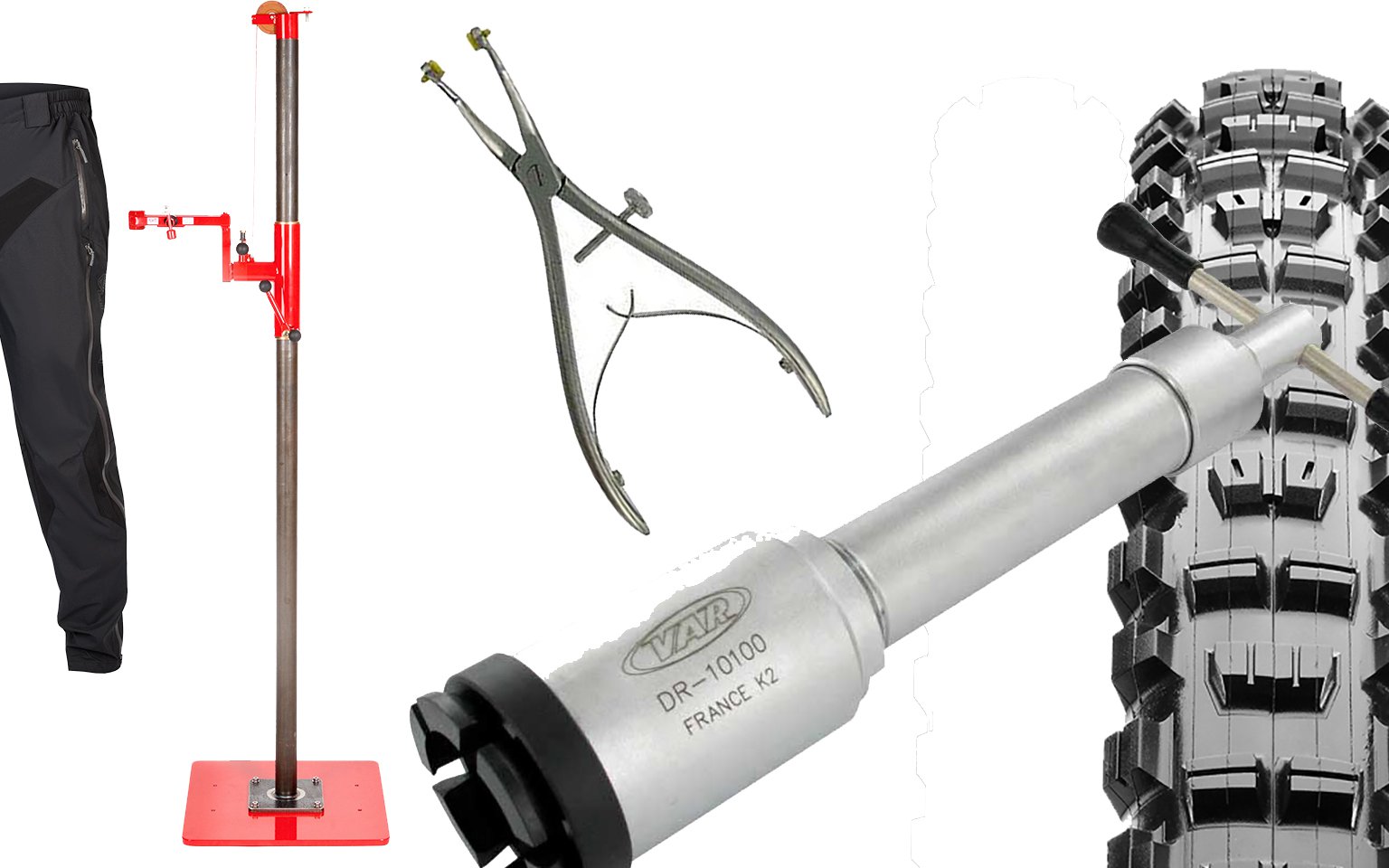 Everything I've been riding lately has been working so well it took a little head scratching to nail down my heart's desires. But of course there are a few things. I probably haven't made the nice list, for the 42nd year in a row, but I keep holding out for a clerical error.

The whole PLUS movement showed a lot of promise, and I think it still does for some riders, but my sweet spot may be medium PLUS. Maybe we should call them PLUMP? The 2.6" tires I've been on have split the difference in all the right ways old boy, (if I can call you that). I appreciate the extra volume for rim protection, lower pressures, and improved grip, but they don't feel vague or suffer from sidewall collapse under hard cornering like 2.8" and larger skins. 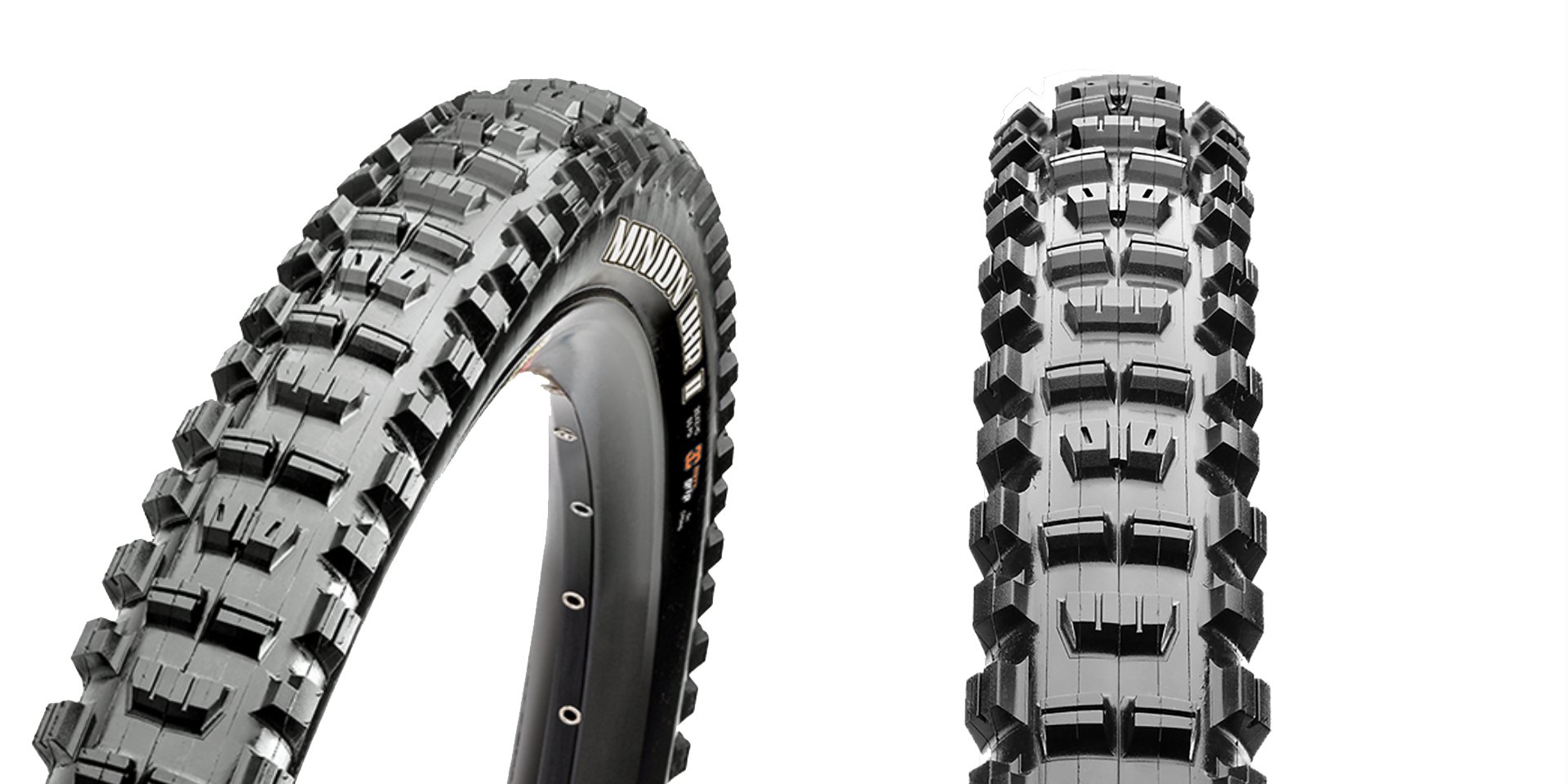 How to improve one of the best aggressive tires ever? Make it bigger, but not too much bigger!

And the thing is, most of the 2.6" tires I've been on have been a little sub par in terms of rubber compounds, knob patterns, and casings. Having discovered that one of my favourite tires of all time, the DHR II from Maxxis, is available in 2.6 with an EXO+ casing and 3C compound feels like someone has been spying on my list making. If only there was a Maxx Grip version... Two of these please! You can find them here.

I have only seen one of these in Steve Mitchell's workshop and I was smitten immediately. The EZ Lift has an 18lb counterweight in the supporting column. You clamp the bike on the ground and then lift it into place at the appropriate height, rather than flailing around with one hand on the clamp and another holding the bike. This isn't a huge deal now, but with the inevitably of monstrous e-bikes upon us, this makes this system even more useful. The clamp requires only 2" of exposed seat post and it has a quick open and close feature. 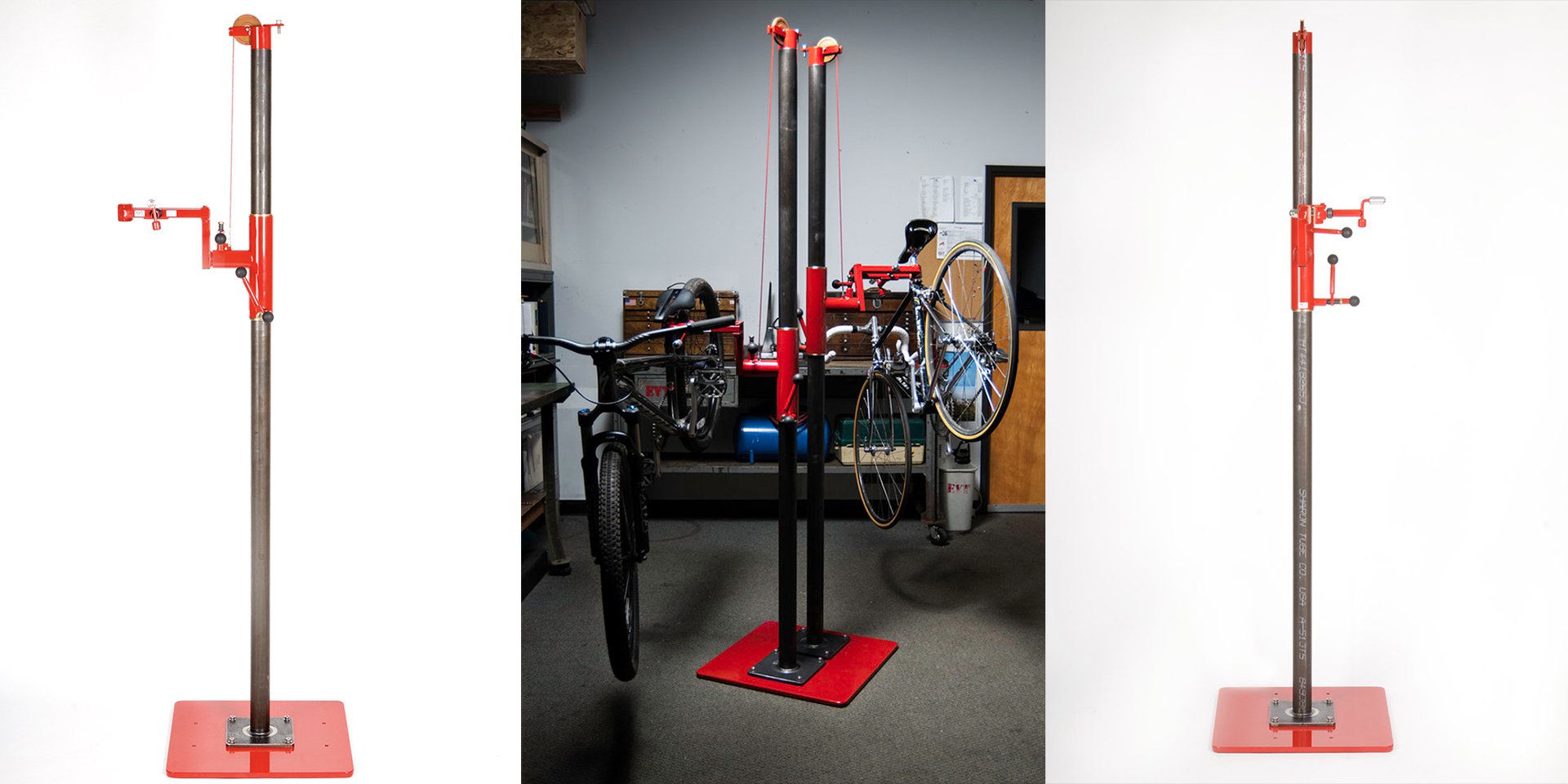 These can be wall or bench mounted, but clearly the way forward is this counter weighted version that's like a hydraulic lift for your bike. You can easily raise and lower your bike depending on what part of the bike you're working on. 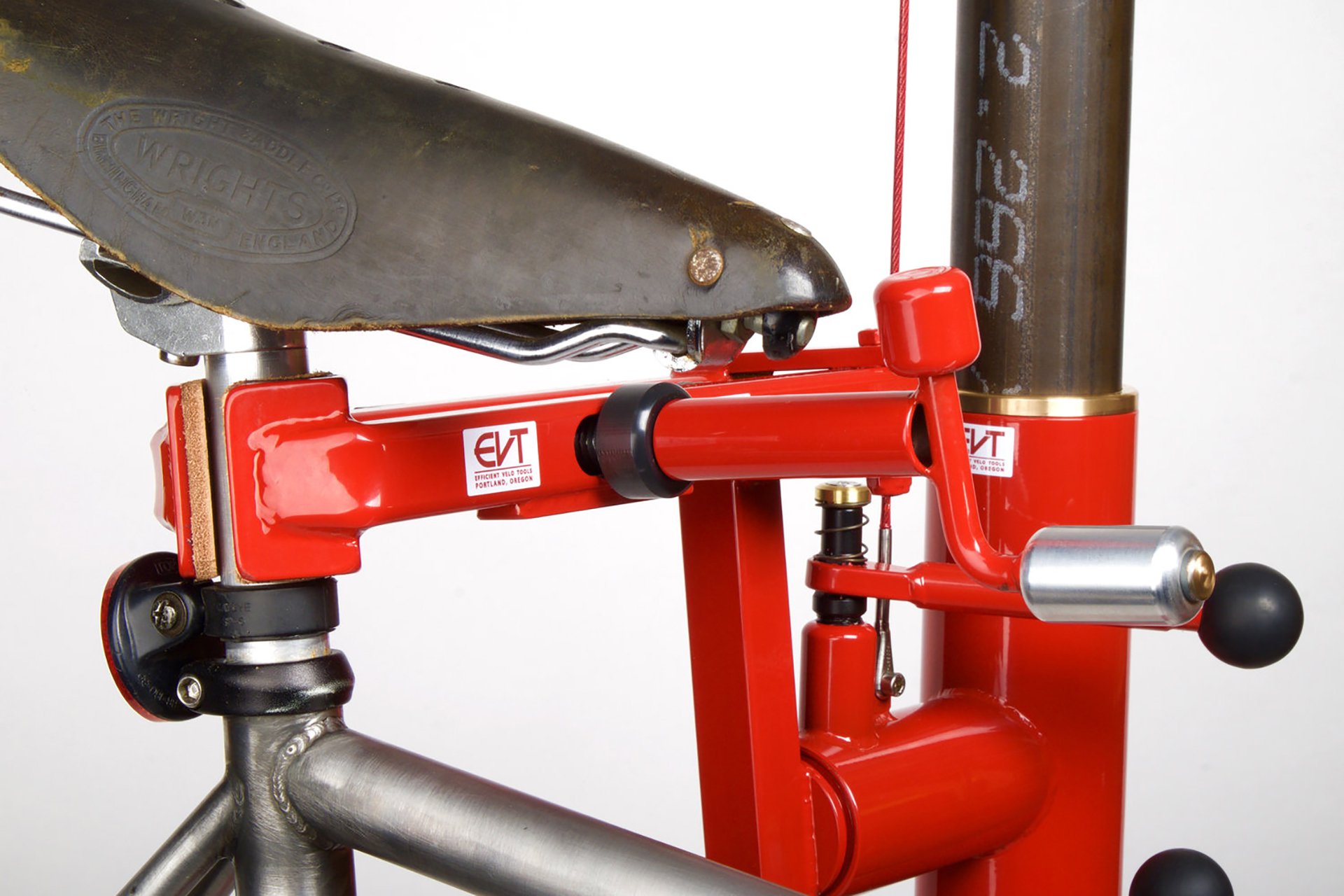 The clamping system works great and finish and manufacturing quality are top shelf. All this for only 2300 USD.

Do I need one of these? I do not. My old beaten up repair stand works well enough, but Christmas is the time to dream is it not? If this makes my list, you can pick one up at Efficient Velo Tools, in Portland of course.

As I test different bikes, forks and and headsets, I end up removing more than my share of headset crown races. I have enough chisels and putty knives to get crown races off easily enough, but they rarely come off without surface damage and sometimes the crown sustains wounds as well. I'd say about half the time there is no visible carnage, but the other half... Because of that, it's one of those jobs I hate. I dislike being imprecise and I detest marred components. So it's time to get serious, and this is the perfect time of year to do it, thanks to you Santa! But let's be clear what sort of crown I'm talking about here shall we?

While searching for the best crown race removal tool, I got results for dental crown removal tools. Shocking to realize my dentist might be buying his implements on the internet - for 34.95.

I'm not looking to get into home dentistry, although that does sound kind of fun and profitable in the short term, I just want to efficiently and cleanly pull crown races off forks. There are two kinds of tools to do this; behemoths that cost a lot, and clamshell type devices that are pretty cheap. Obviously, like any bike mechanic worth his salt, I want the most unnecessarily large and complex and expensive device possible. In a perfect world it would be beautiful as well, with a finish of brushed matte aluminum and fine engravings that do nothing at all. That perfect tool would be made by Campagnolo but alas it seems they don't make one. In actual fact I'd be happy with one of the cheaper ones. There is one made by Icetoolz that seems to be everywhere on the internet, except for the Icetoolz website. 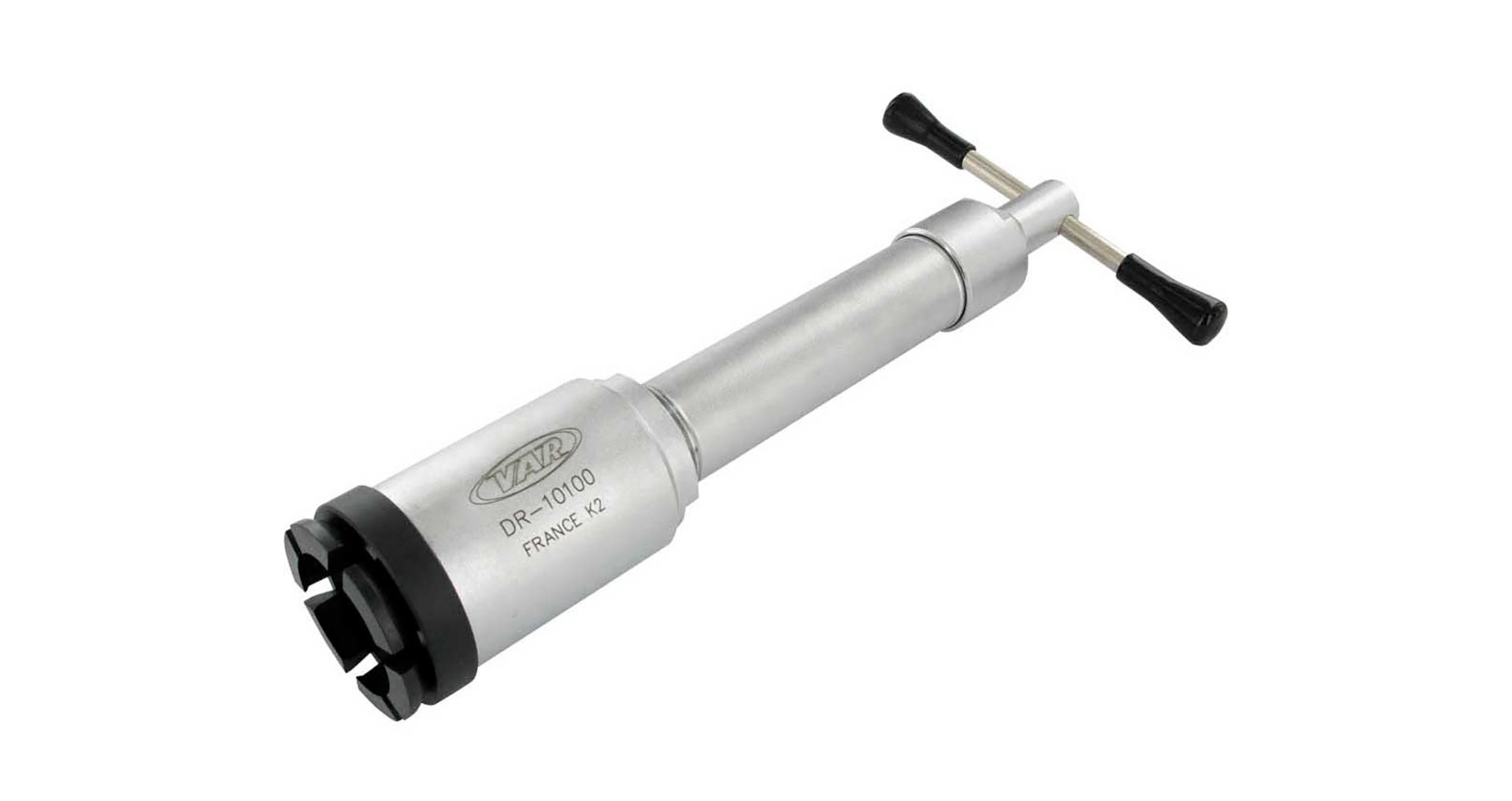 This beauty from VAR tools in France is available for 520 CAD. 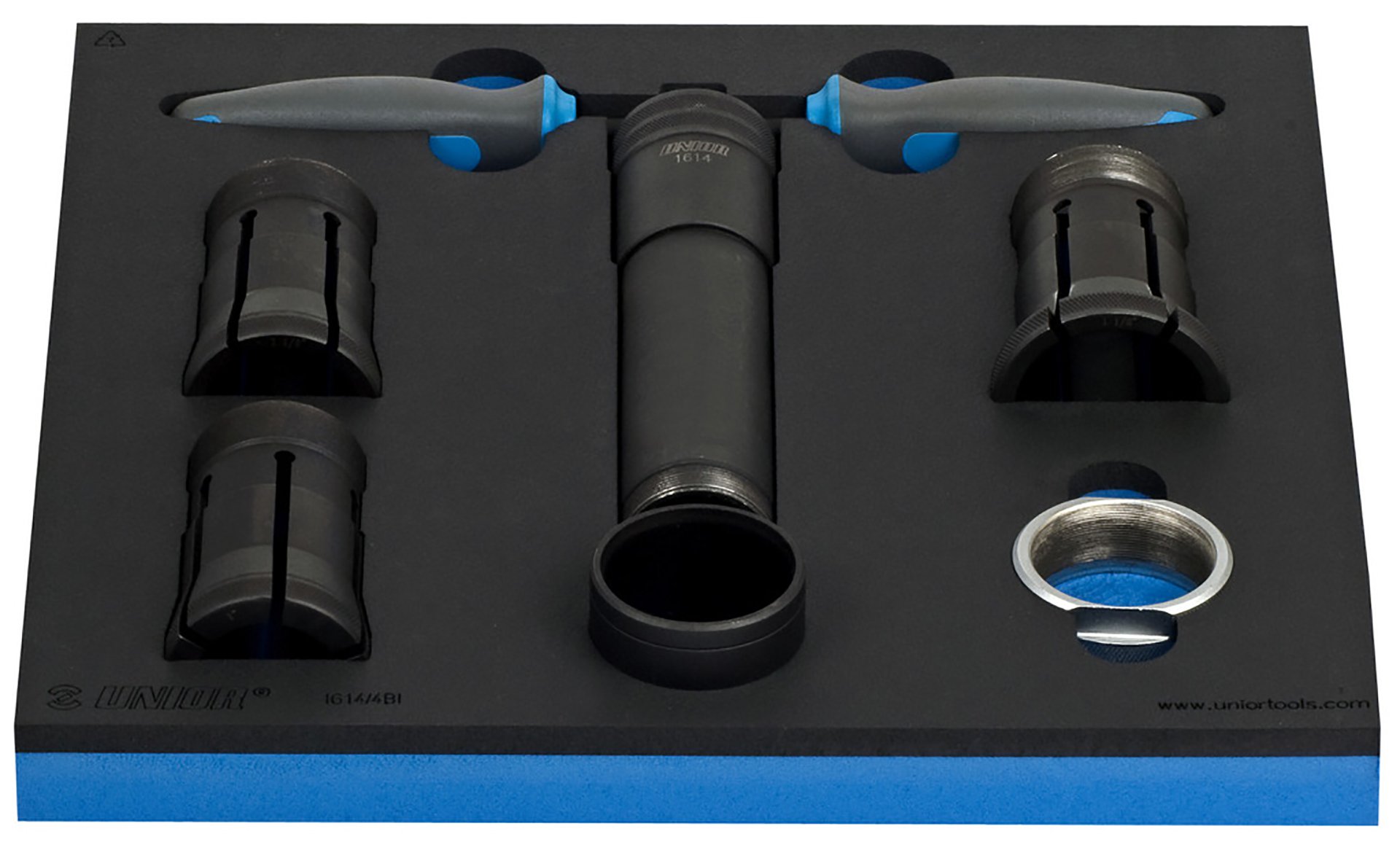 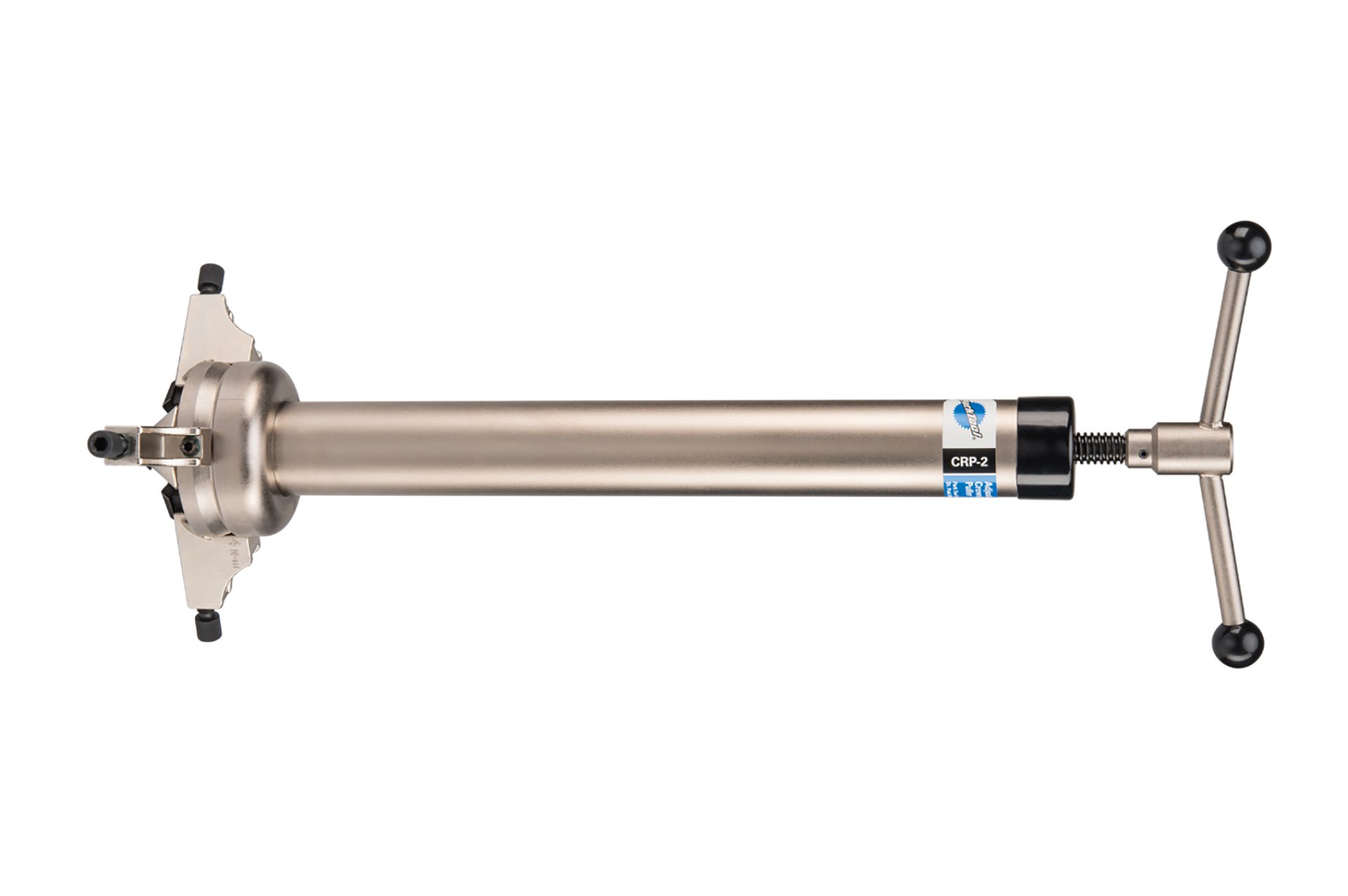 Of coursePark Tool makes one. The web says 360 USD.

The Icetoolz version looks to be the nicest of the rudimentary pullers, but its absence from the website of that name is a bit worrisome. I did however find it on the Euro site. Comments online suggest this may mar the underside of your crown race. 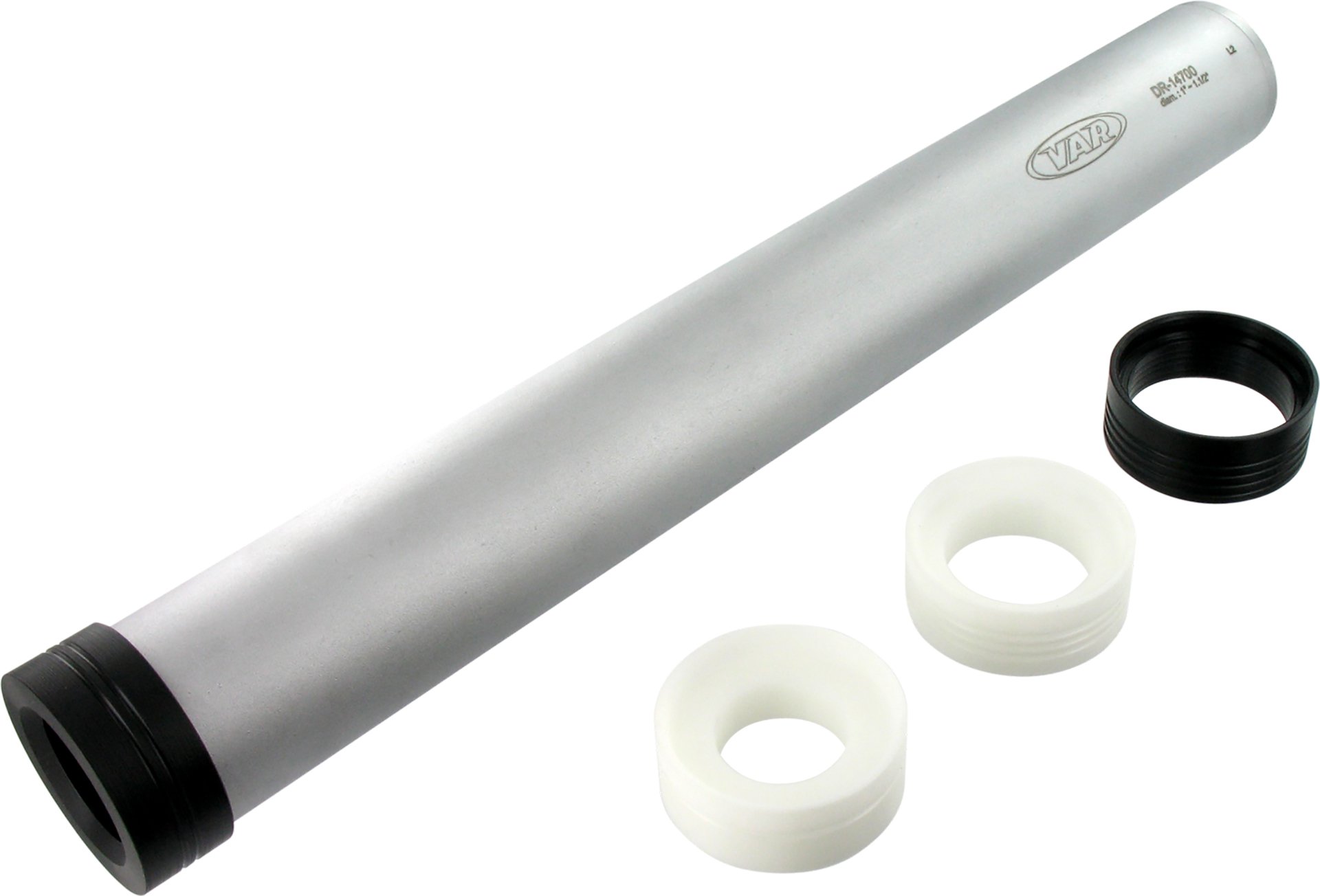 This nice looking tool from VAR will work on your old steel frame or your brand new carbon rocket. It was tough to find for sale online but it seems to sell for around a hundo.

I really like the pants from NF that I reviewed earlier, but there are some days when I'd prefer something a little closer to waterproof. The most interesting options I've found all seem to miss the mark in some aspects, but without some testing I won't know for sure. Maybe you need a product tester Santa? My choices are below.

The Norrøna fjørå Infinium Pants (first from left) look a little too sleek to wear pads underneath but and they don't claim to be waterproof (likely because Norwegians are more honest than most of us) but they look very well made, and they better be for 350 CAD. The Endura MT500 (middle) look better suited to protection underneath, claim to be waterproof and are a relatively reasonable 250 USD. Finally, the Showers Pass Refuge pants have a reinforced ass, water resistant zippers and articulated knees for 320 USD. They are designed more for commuting and touring however.

Considering the choices I may just stick with my NFs for now. These all seem to lack in some key area, but I'd be willing to give them a shot.

A few years ago I put an indoor pump track on my list. That didn't happen but a nice asphalt one was built here in North Van. From the vantage point I had, it looked a little compromised by the cramped quarters, but I'll reserve judgement until I break out my 26" hardtail, which I'm very glad I kept!

That one is at Inter-River Park, but I just found out about another one in Moodyville Park, which I didn't know existed. On video at least it appears to have a little more room to breathe and it was built by Hoots Jay, so it has to be awesome! Check it out below.

Split crown races are easier, Hope use them.

Also, I have the Endura MT500 trousers and would rate them as one of my favourite pieces of riding apparel ever.

Plus one to the split crown race from Hope.

There is one problem with split crowns; Chris King. Can't quit that habit. Otherwise I'm a fan.

This is not a recommendation, read at your own risk, manufacturers don’t warranty modified products, click OKAY to continue with this post, and etc, etc, etc.

It has been my experience that a Dremel with a super thin cutting wheel has more uses, takes up similar space, and is generally a better investment than any crown race install / removal tool combination on the market.

So what you are almost saying (but not saying) is that you split crowns yourself?

That’s exactly what I’m not not saying!

That's a very cool stand, but that price is beyond ludicrous, even by bike standards.

EVT stuff is expensive, then you use it and never regret it. Their hanger alignment tool is the best tool I've ever used and as cassette spacing has gotten tighter it's been even more valuable. Brett actually designed the Dura Ace hanger tool, which is why he couldn't bring out the EVT tool, until the the agreement expired.

Even in World Championship pits, I've had mechanics come just to inspect my one, so they can get their own.

Thanks Cam, for the heads up on the genius star nut method, and the Moodyville pump track! Looks like I'll need to tee up the old Balfa Minute Man for two explore missions now.

Maybe Park will make a $500 version of the counterweight stand.  Then I'm all in.

PLUS shipping and handling.

It’s A LOT of money but if you ever have a chance to use one it’s easy to see and feel where that money goes. The stands are beautiful to use and to look at. Tolerances are perfect and every facet of them has been optimized from the handles, to the sliding range, to the leather clamps.

They’re made in Oregon using old manual machines (no CNC) and they are works of art.

I can think of a lot of places to spend that chunk of cash in a shop before a stand but at the same time I get why plenty of shops working on premium level bikes have one.

If i was a mechanic spending hours every day working on bikes, it would be easy to justify buying one. But if i was a bike mechanic i'd probably not make enough money to afford one. Catch 22.

All true, and I'm reminded of this every time I use one at my LBS.

Avoid one injury in the shop - paid for.

C'mon east to Calgary for our indoor pump track :)

Pants are high on my list too, heard good things about the race face agent, and the fox options look good too, they're all expensive though :(

Good question. Time will tell. I'm not brutal on tires but I have been liking a heavier duty casing out back lately. These are only EXO+ but I'm hoping the extra volume (assuming they fit on my bike) will help things some. If all else fails I'll add Cushcore after I've done some testing.

Their hanger alignment tool is the best tool I've ever used and as cassette spacing has gotten tighter it's been even more valuable. Brett actually designed the Dura Ace hanger tool, which is why he couldn't bring out the EVT tool, until the the agreement expired. mykfcexperience

love it, please delievery time i wanna to buy for comming winter season Tell The Bell