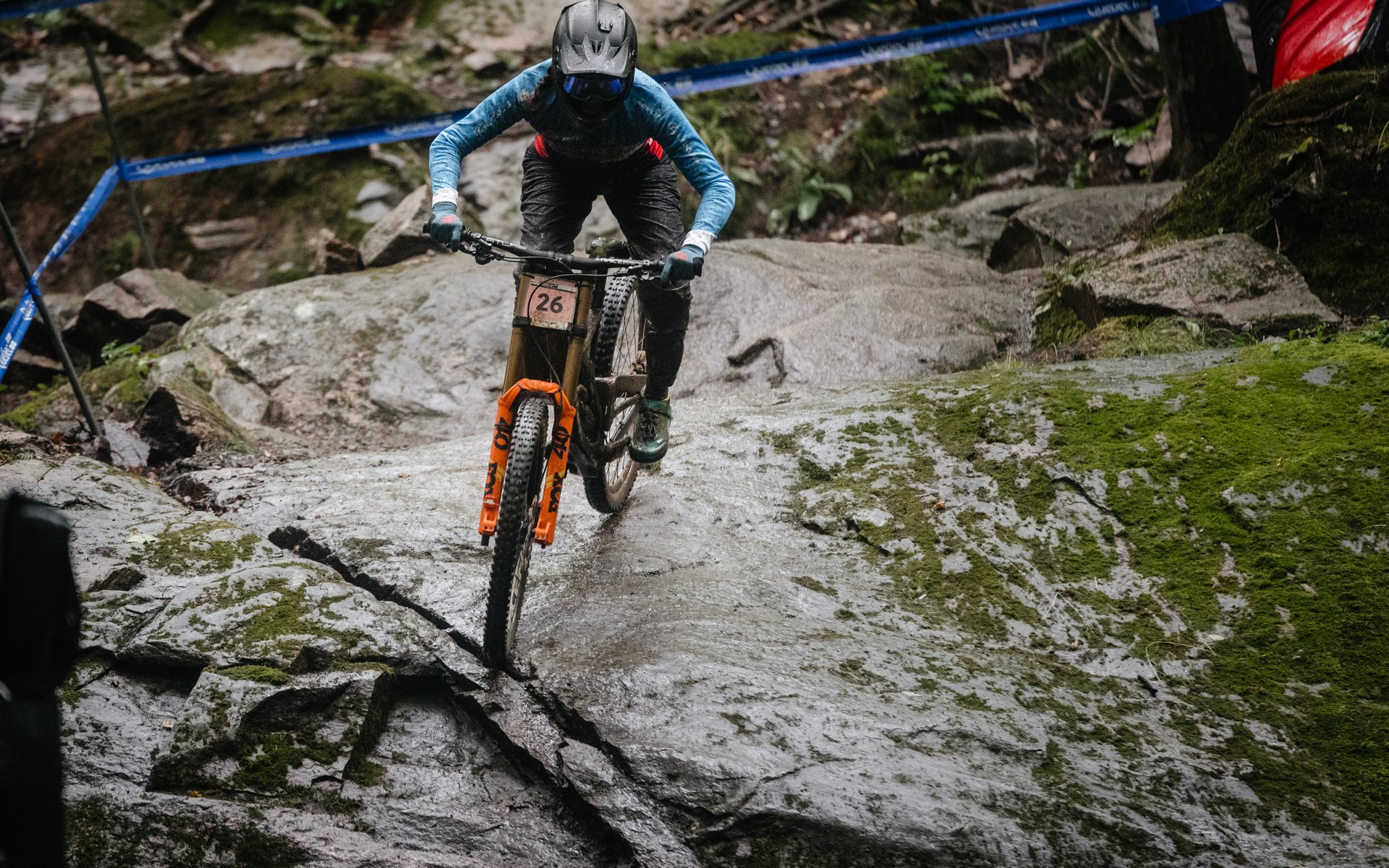 On Friday, August 13, Cycling Canada released news of their 2021 team to attend the mountain bike World Championships in Val Di Sole. Glaringly absent from the selection were any female representatives for the elite downhill category.

Social media lit up, with many frustrated by the lack of representation. Cycling Canada selected three women for the team, but none of them could accept the offer. Casey Brown, Miranda Miller, and Georgia Astle declined promptly from what I've been told, and Cycling Canada opted to follow their selection criteria. With no other women meeting the criteria, the elite women's category was left empty.

On Sunday evening, Cycling Canada rolled back on their stance, opting to select the next three women from the DH National Championship race held at Kicking Horse Resort. The three women now invited to represent Canada include Rachel Pageau, who is currently in Europe racing the remaining World Cups, Jennifer McHugh, and Vaea Verbeek. They also added Gracey Hemstreet to the three junior women representing downhill, after her incredible performance in Maribor, her first-ever World Cup event.

Below is the press release from Cycling Canada regarding the updated selections. We'll have much more on the situation in the coming days.

In response to the 2021 Mountain Bike World Championships Selections

Cycling Canada recognizes that a healthy cycling nation offers support to athletes in all disciplines, but our public sector funding partners only allow us to use their funds for the Olympic/Paralympic disciplines. In response, as part of the 10-year strategic plan announced earlier this year, we have been working to raise funds from other sources. The additional support for development riders at this year’s DH worlds is the outcome of those efforts, and we expect it to increase over time. We are firmly committed to better supporting our Downhill athletes.

Because we have not traditionally been able to support athletes in Downhill, Cycling Canada formed what is referred to as the ‘Downhill Working Group’. It is an advisory group made up of representatives from the Downhill community including Trade Teams, provincial sports organizations and both female and male athlete reps. This group contributes to the creation of the selection policies at the beginning of each year, and then advises on the selection of riders for both World Cups, and World Championships. These selection policies are posted on our website.

For both Elite Women and Elite Men, the selection criteria for the 2021 World Downhill Championships was both clear and objective. Selection was based on 2020 World Championships results, 2021 World Cups, UCI ranking and Nationals. All athletes had the same opportunities to enter races in 2021 and achieve results for selection.

Three Elite Women were selected to attend World Championships, and all three, unfortunately, declined their selection. The criteria clearly state that Cycling Canada is to only select the top three who are not already selected, provided they finish in the Top 8. If those athletes decline, the criteria does not state that selections should be rolled down the results list to pick additional athletes.

However, it is also very clear, that this year, there are extenuating circumstances.

It is incredibly rare that every qualified athlete in a specific category would decline selection. Cycling Canada has a responsibility, above and beyond the confines of high-performance sport, to both promote and encourage cycling in Canada.

Canadian athletes’ success on the world stage, inspires the next generation of Canadian athletes. Fielding a team that does not include a single Elite female athlete does not move us closer to that goal, and in fact, it moves us further from that goal.

In consideration of the extenuating circumstances, and with the goal of increasing female representation at this year’s World Championships, Cycling Canada has made the following decisions: