The NSMB Editorial crew took a break from riding today to capture some enduro magic on camera. Covering stages 1, 2 and 5, we spent a day in the forests of Blackcomb and the sunlit Top of the World. 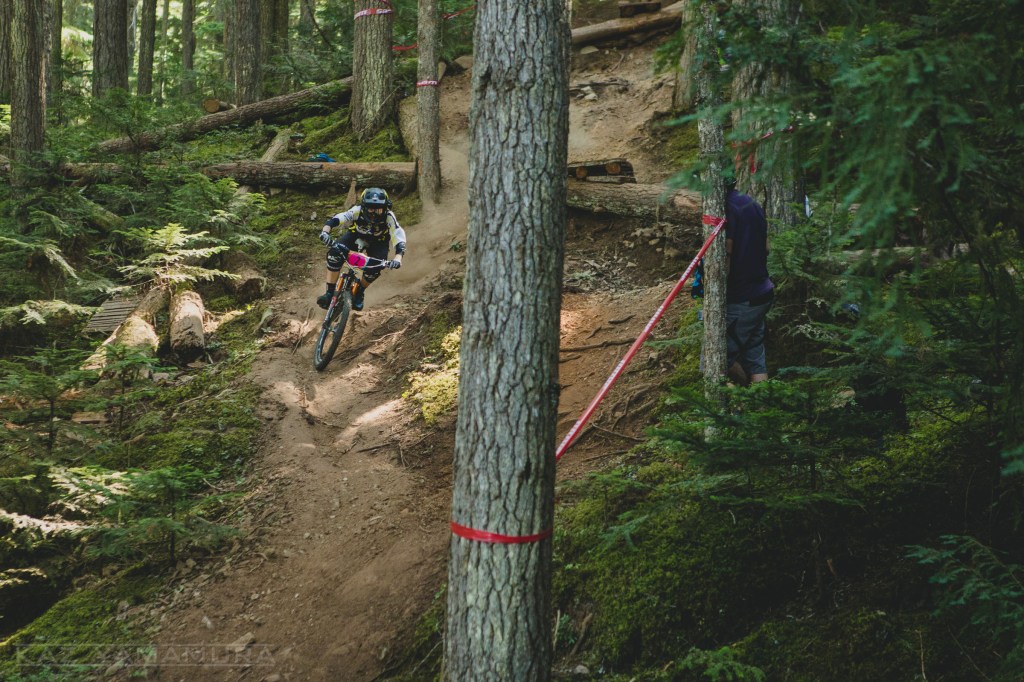 Queen of the day Cecile Ravanel fought hard to take the win on stage 1, losing to Anne Caroline Chausson in stages 2, 3, and 4, only to come back by taking advantage of ACC’s flat tire and winning the day. 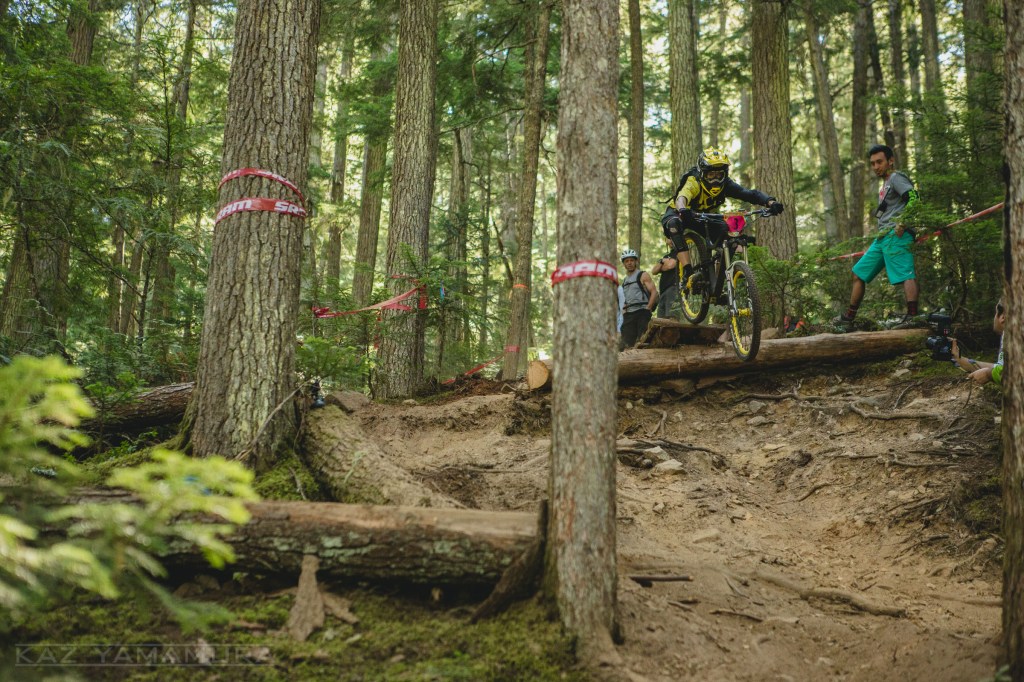 Anne Caroline Chausson was one of the only women to hit not one but both boner logs on Micro Climate. Chausson went on to win stages 2, 3 and 4 but was 5 minutes off pace due to a flat on stage 5. 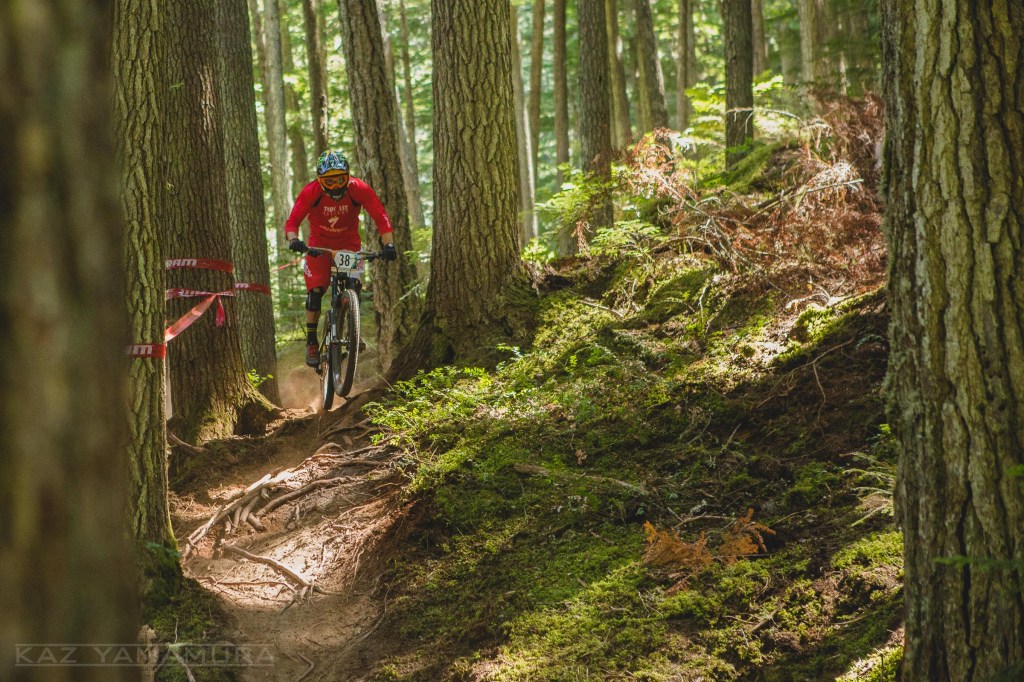 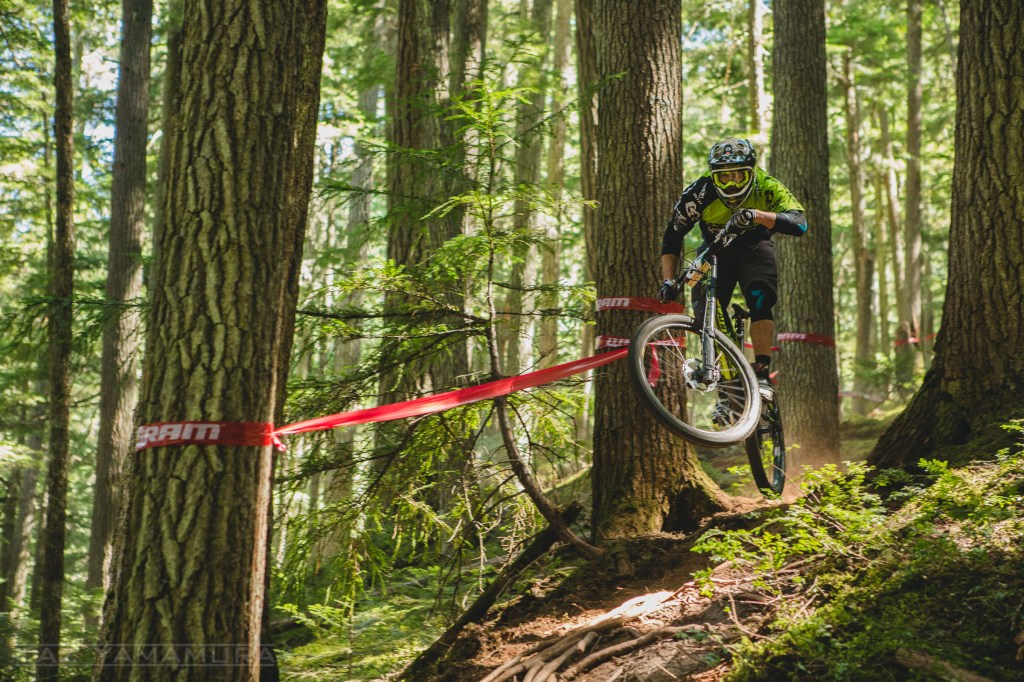 Marco Osborne styled it out for the camera while jumping over some roots. 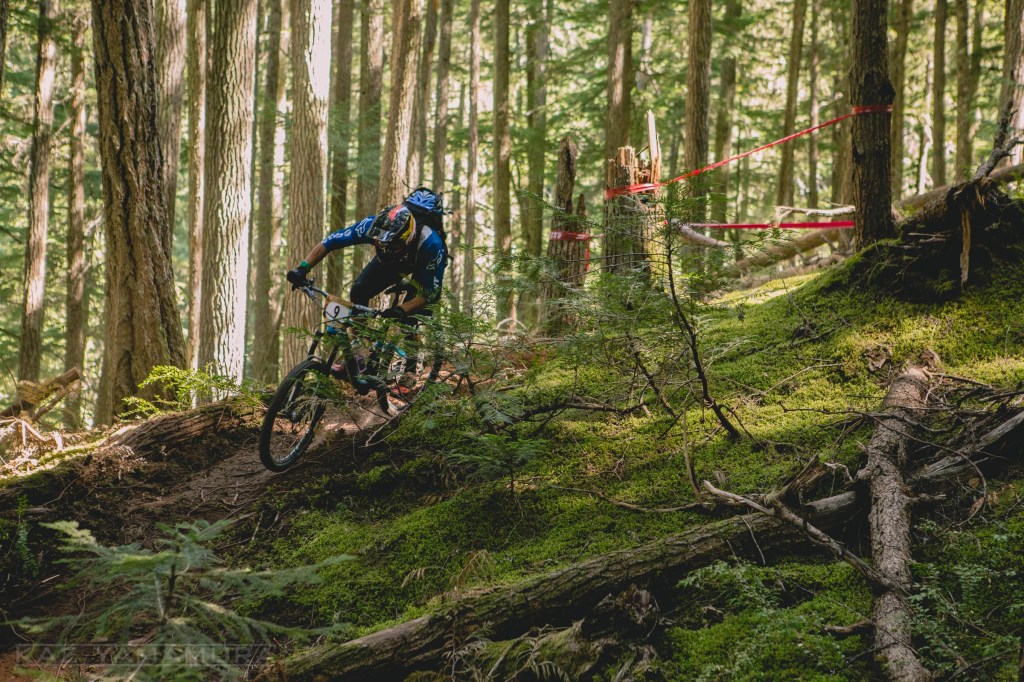 Round 6 was a tough one for Giant’s Adam Craig. After doing decently well in the first 4 stages, Adam got a flat just as he started stage 5, putting him down in 80th place. 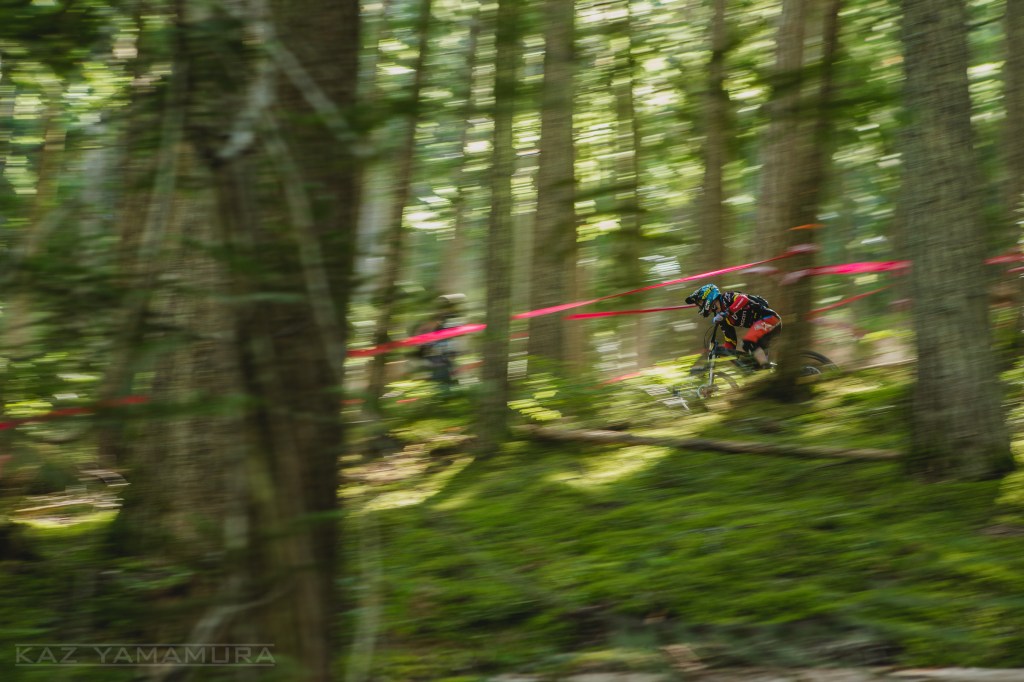 Speeding through the trees. 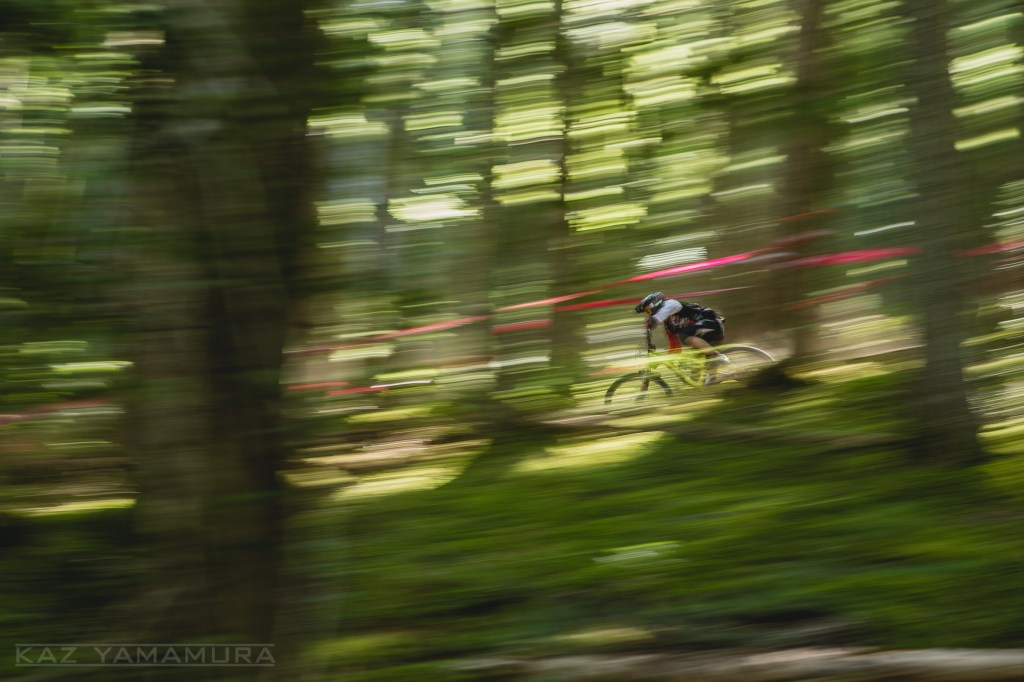 Whistler’s very own Jesse Melamed took the win on Crazy Train, his very first stage win of the EWS. 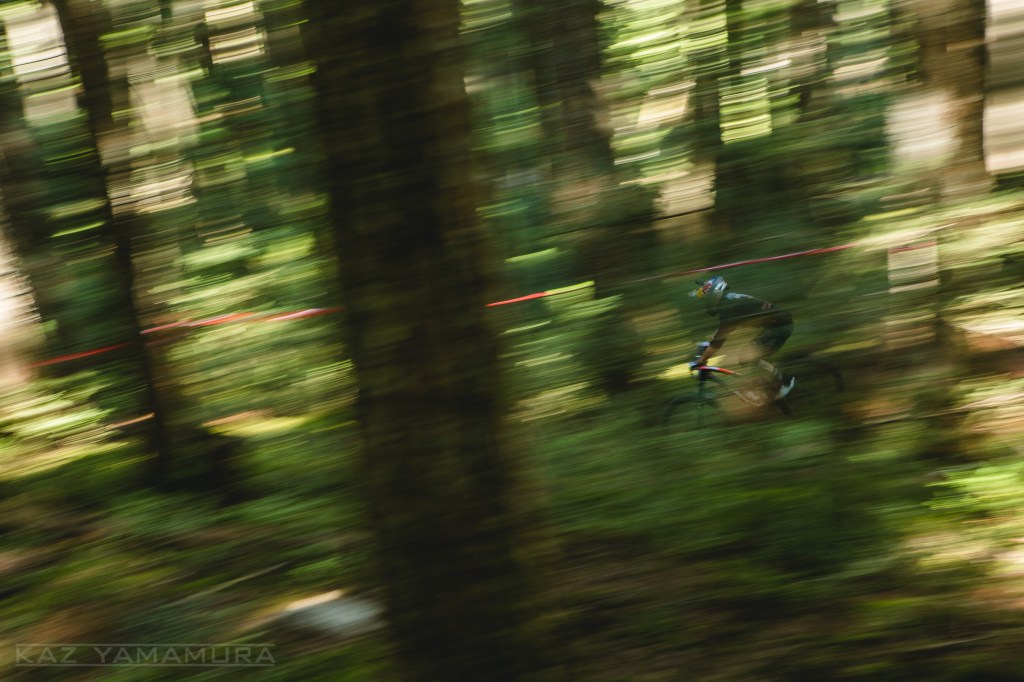 Curtis Keene topped the day off with his first ever EWS podium. Things are looking bright for the American Dream. 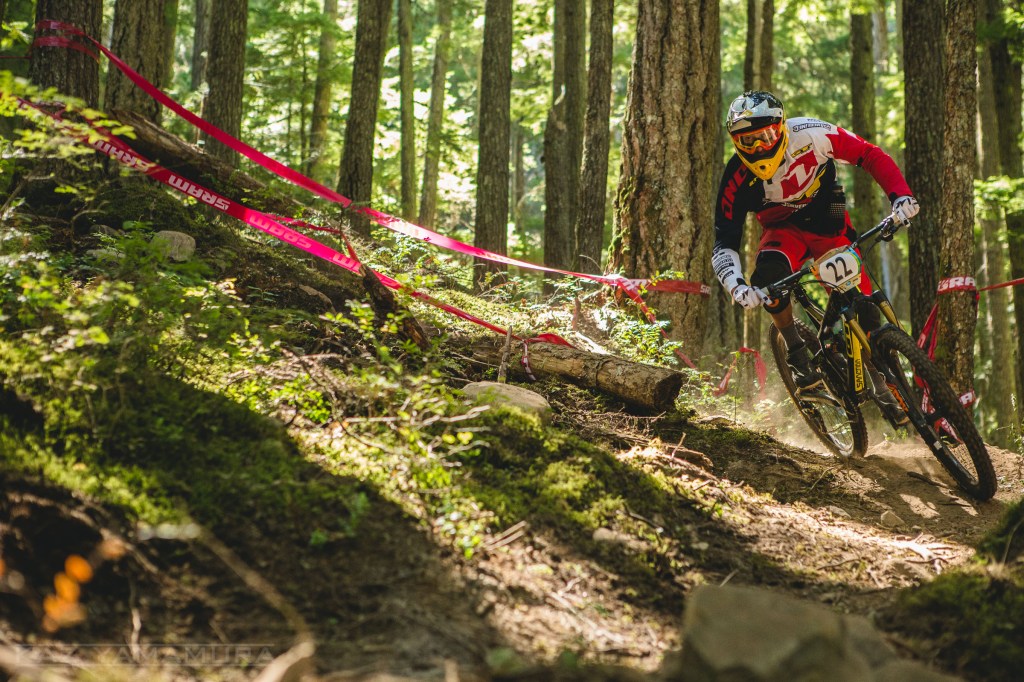 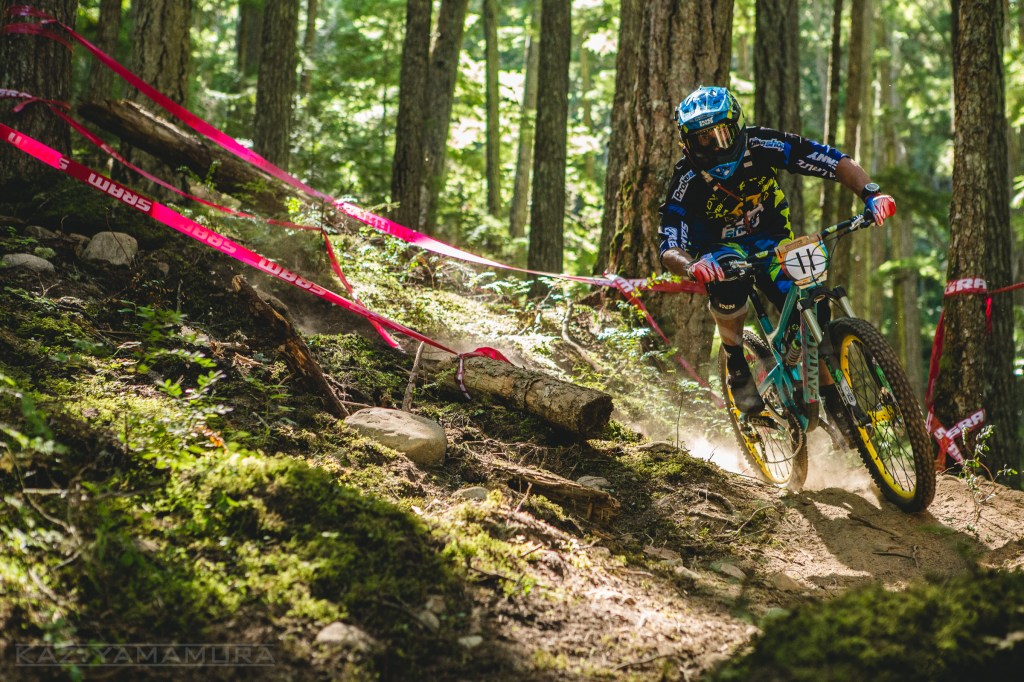 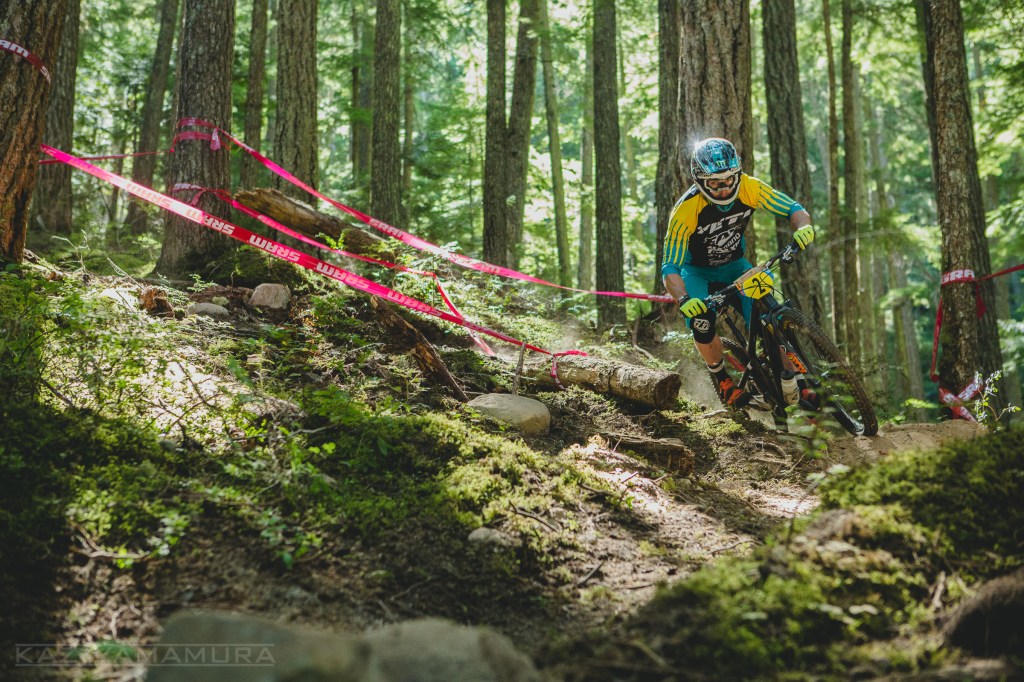 Jared Graves had a blown fork in the morning, but dominated after that and took the win in Whistler. 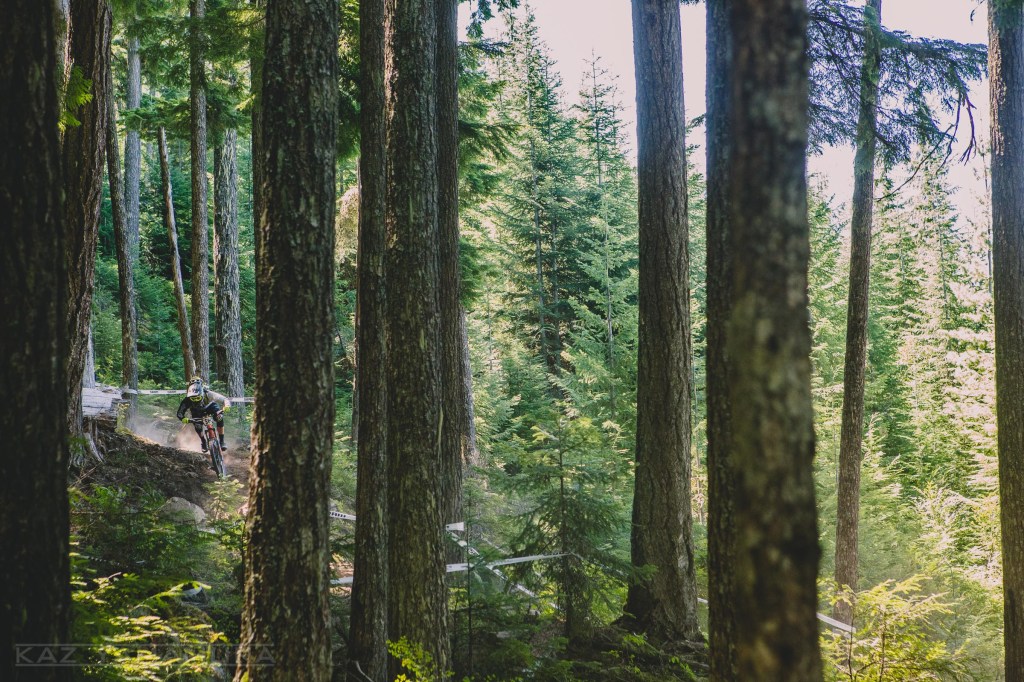 Lars Sternberg was rocking the prototype Transition bike for the Whistler stop of the EWS. 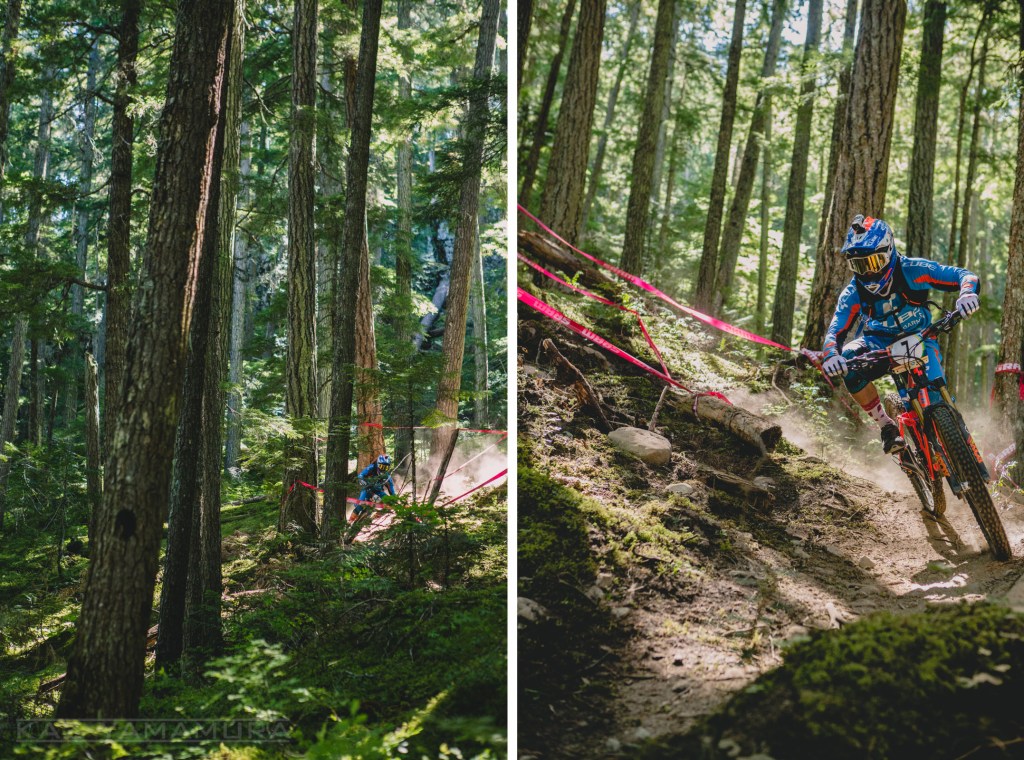 Nico Lau had a pretty good day out here, placing second at the end of the day. 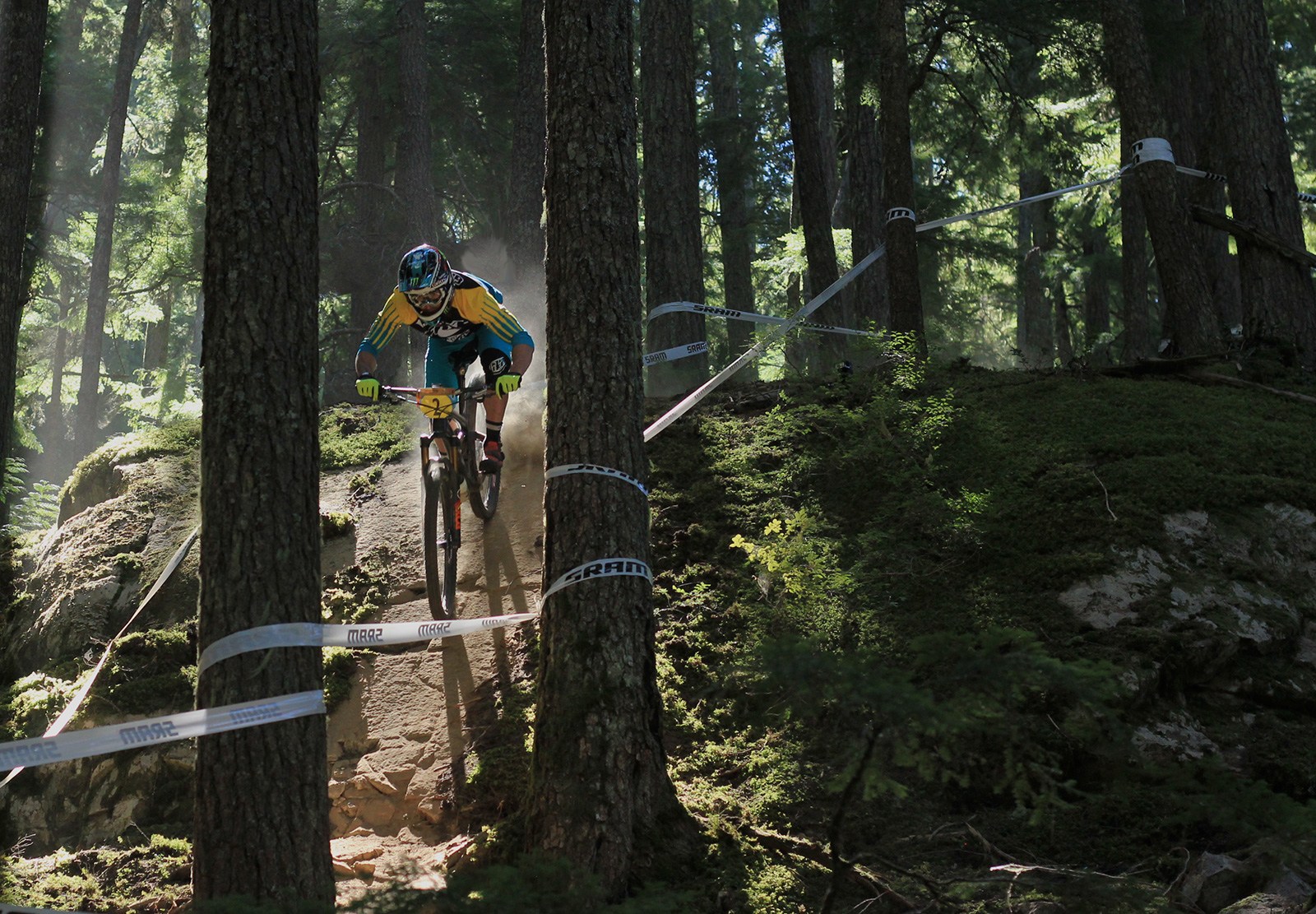 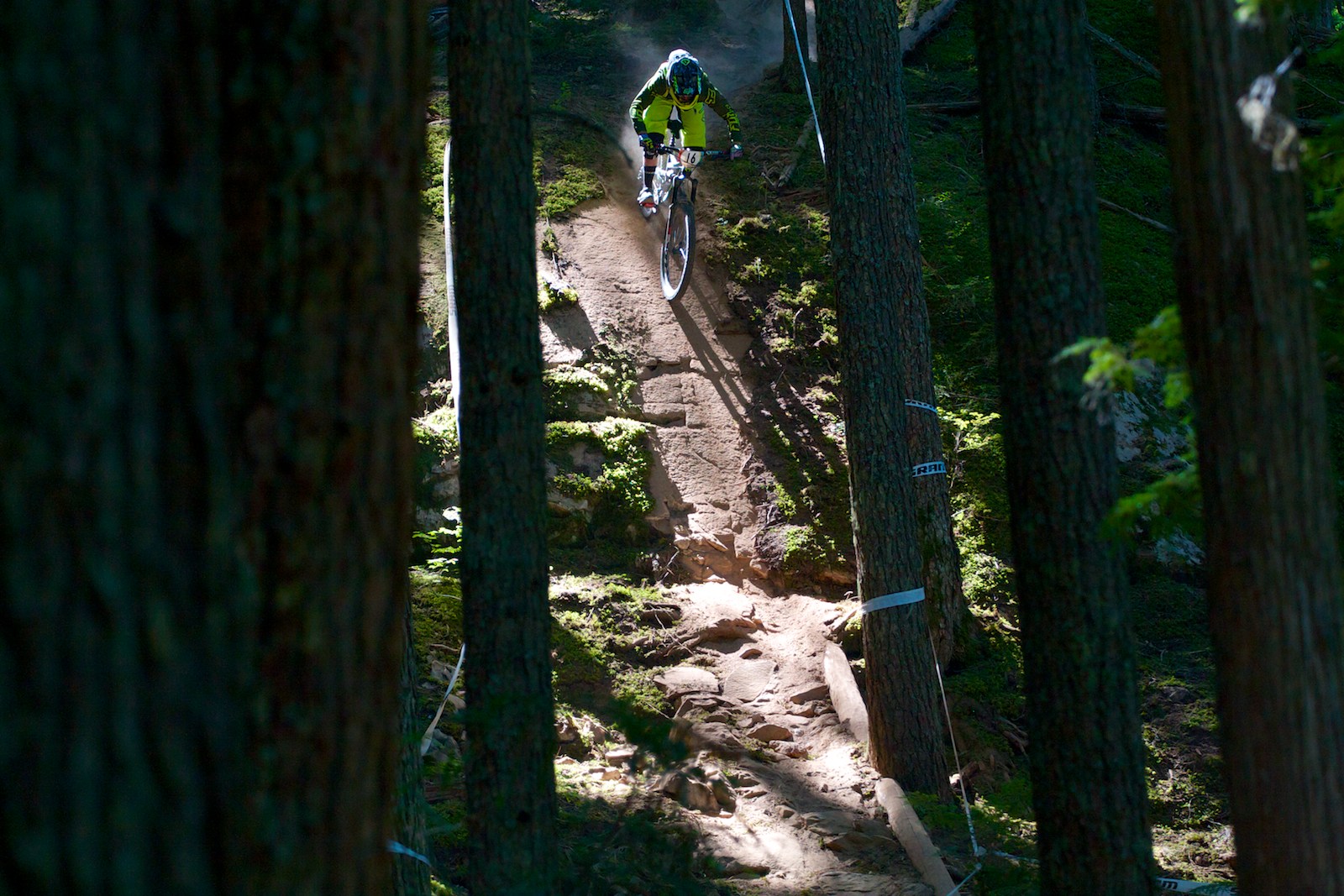 Ludovic May ended up in 25th. Photo: Pete Roggeman 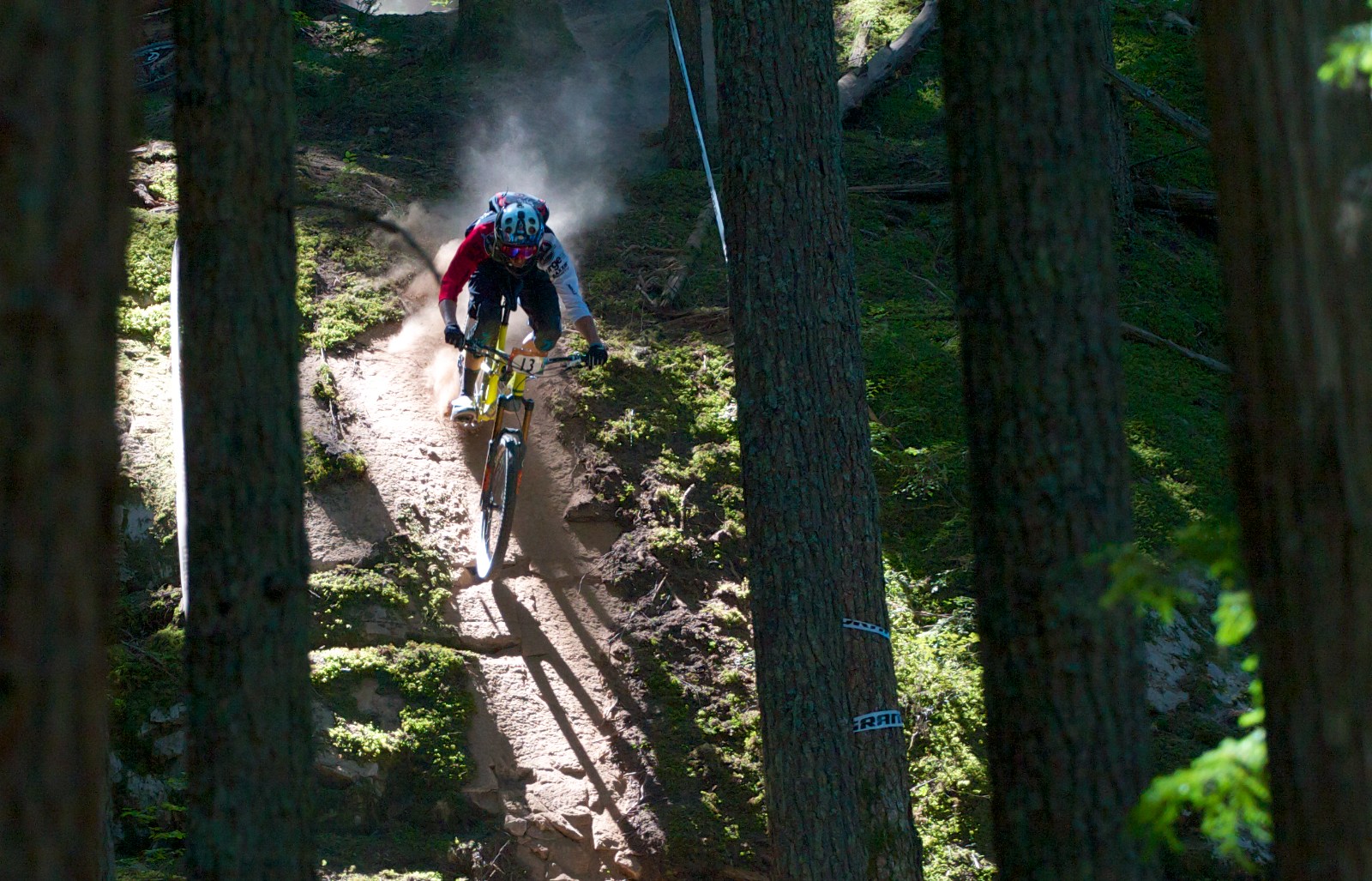 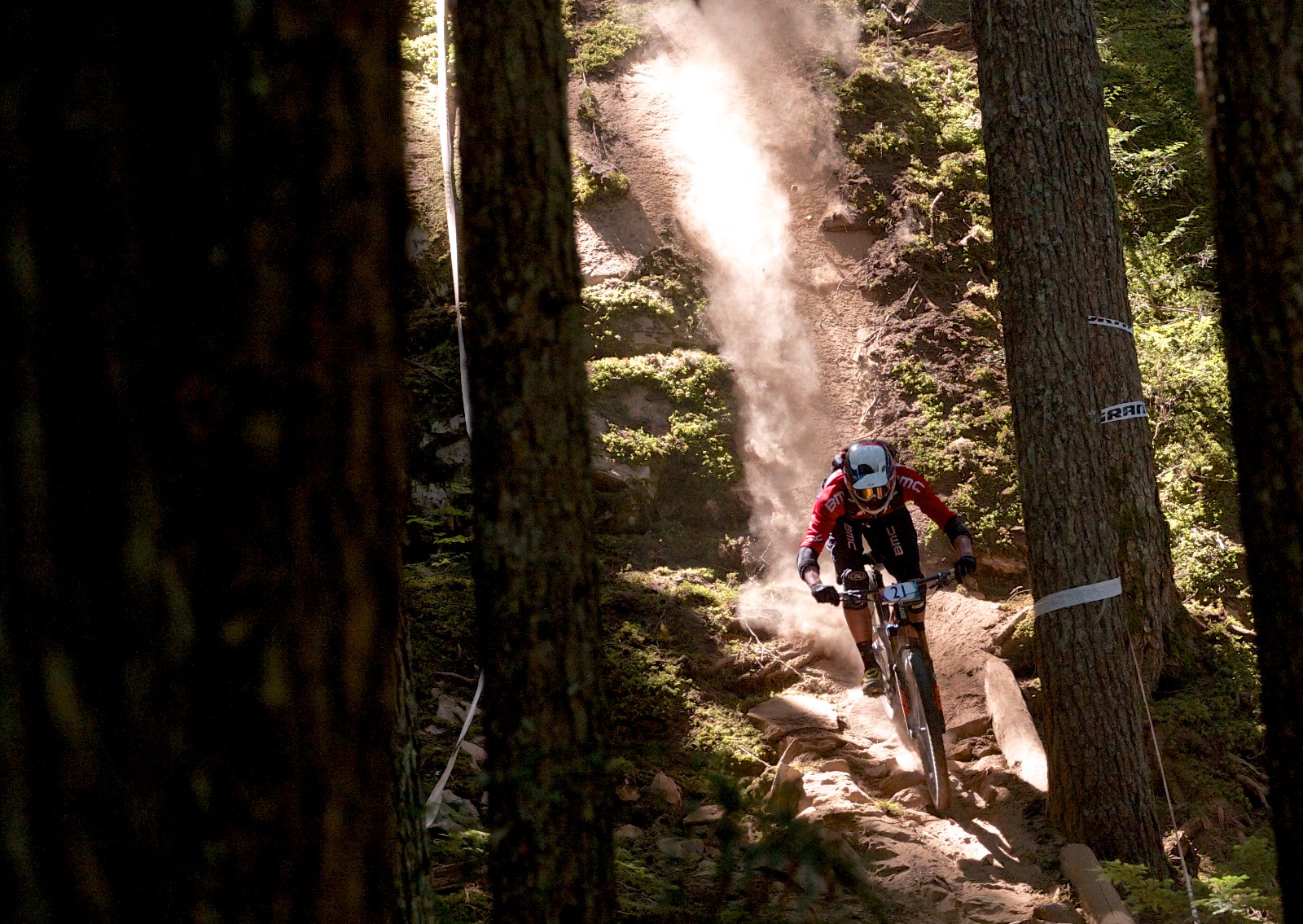 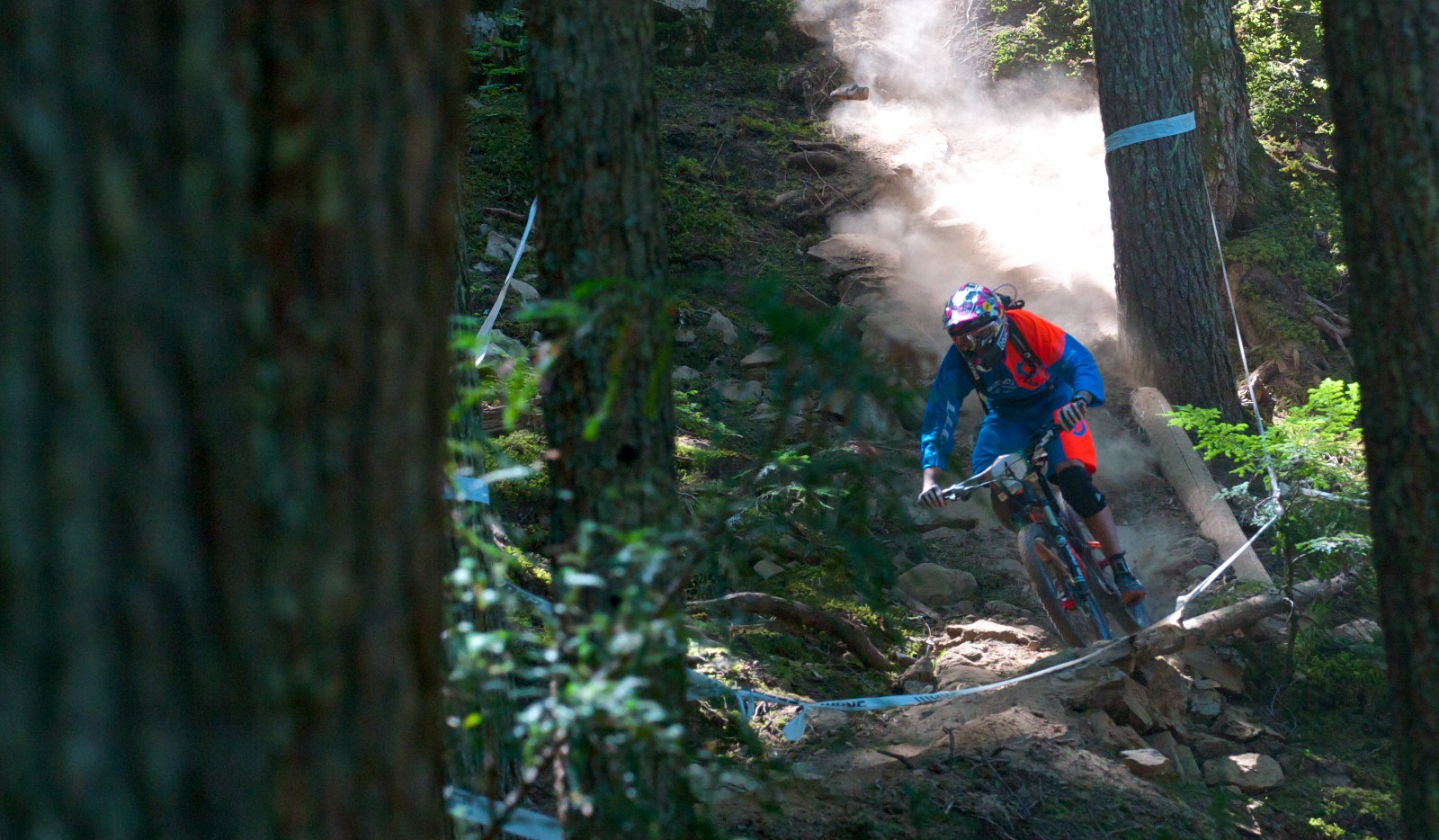 Rémy Absalon is still looking for a big result this year. 21st in Whistler is likely quite a bit lower than he’d hoped for. Photo: PR 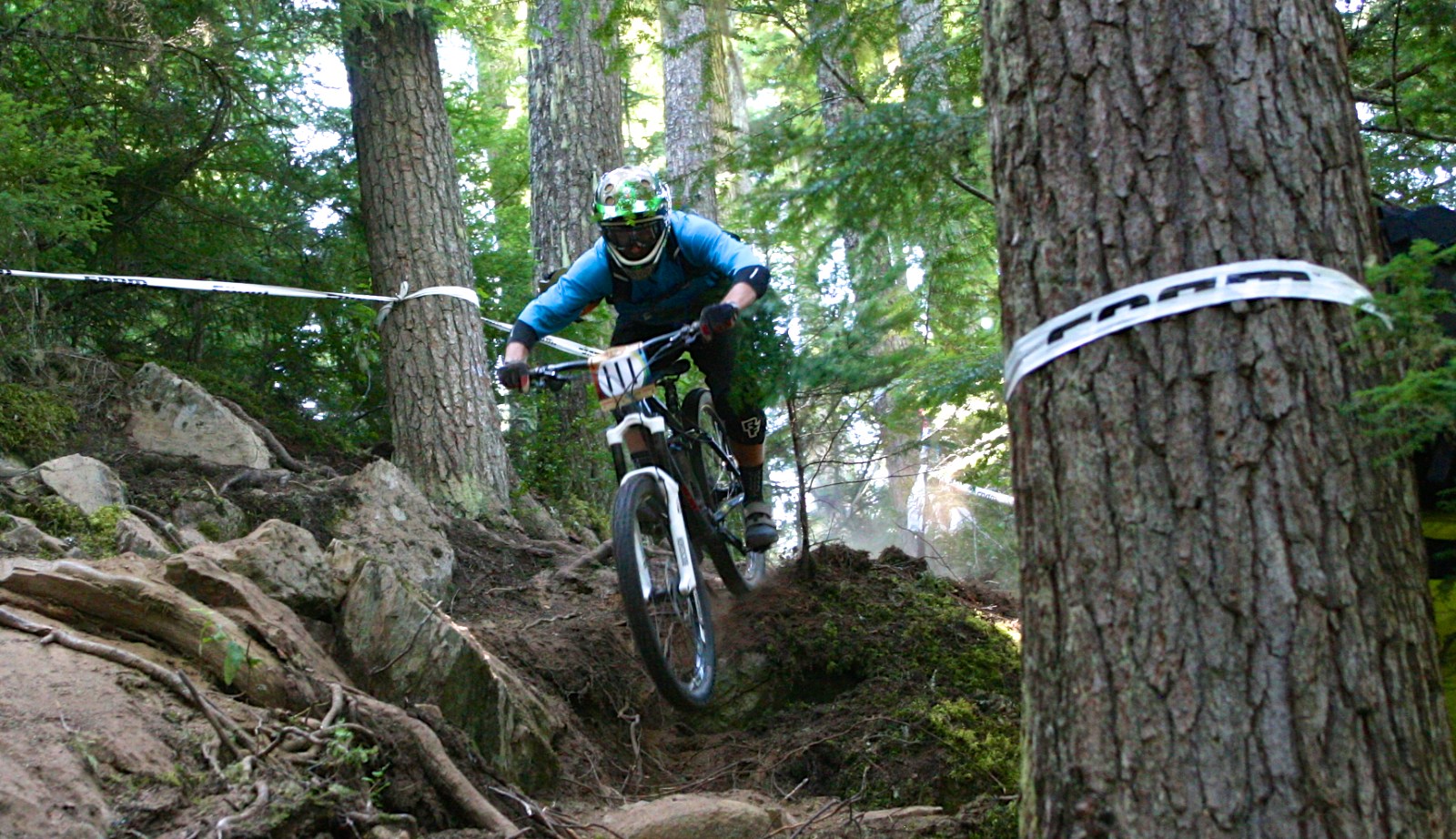 NSMB team rider Paul Stevens put in a solid effort, finishing 55th in the Pro class. Even more impressive is that he built the trail used for Stage 1 – Climate Control (with a little help from his friends). Photo: Pete Roggeman 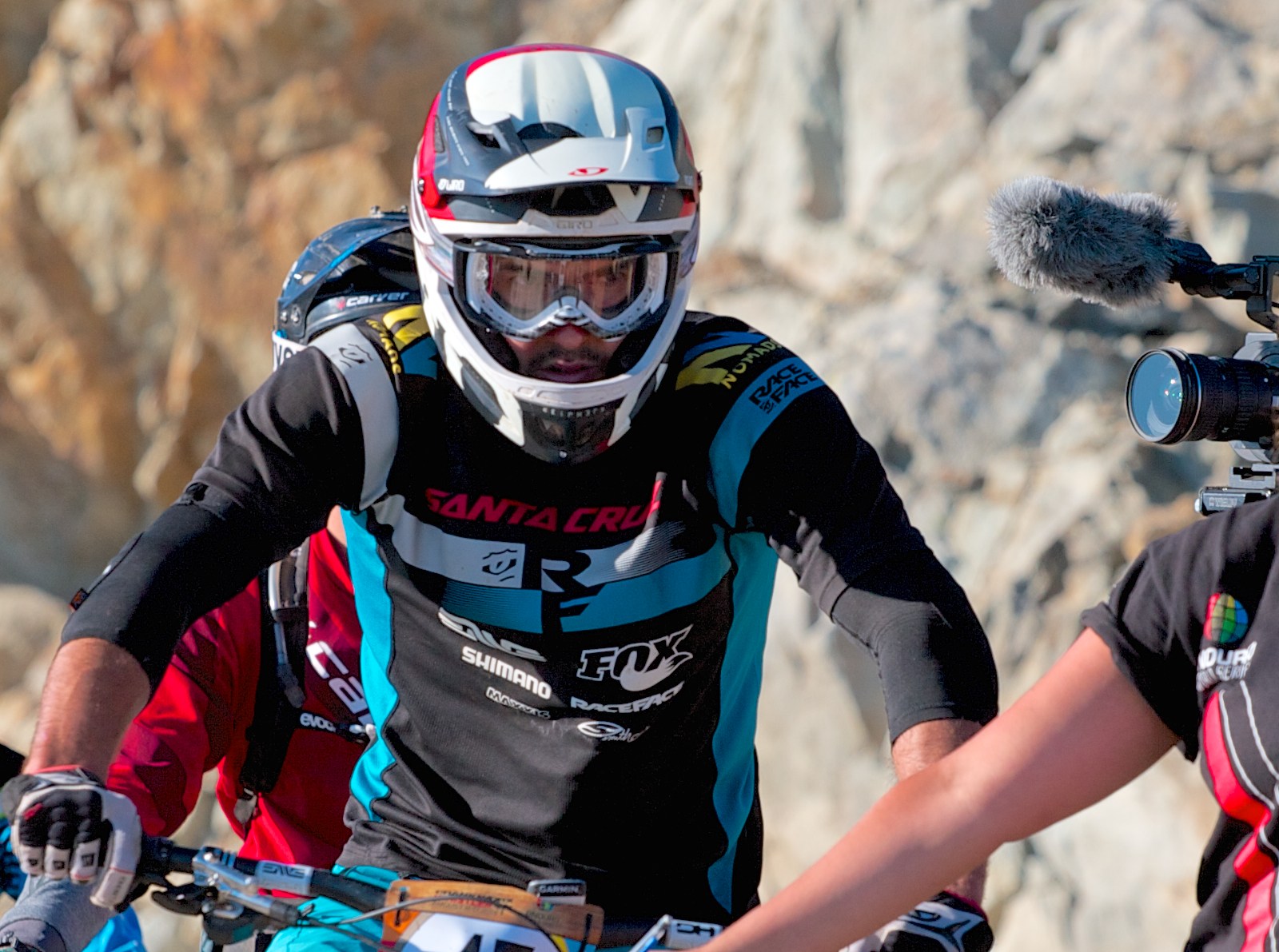 Dylan Wolsky’s Aussie roots are worth a few extra seconds in every stage, but now he makes his home in North Vancouver. 38th overall, not too shabby, mate. 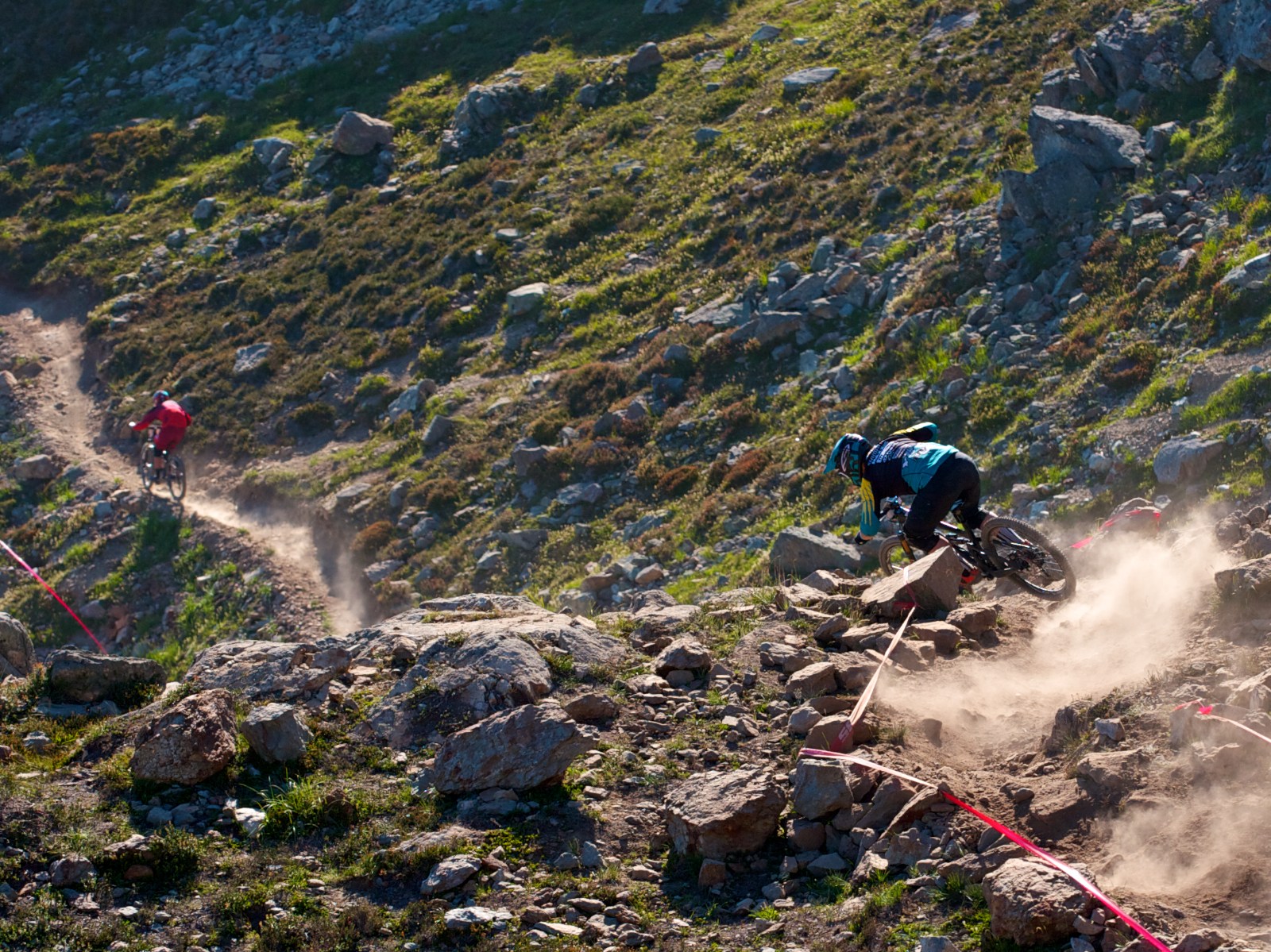 Richie Rude (foreground) with Mitch Ropelato in his gun sights at the start of Stage 5. Rude finished 16th, Ropelato was 19th. 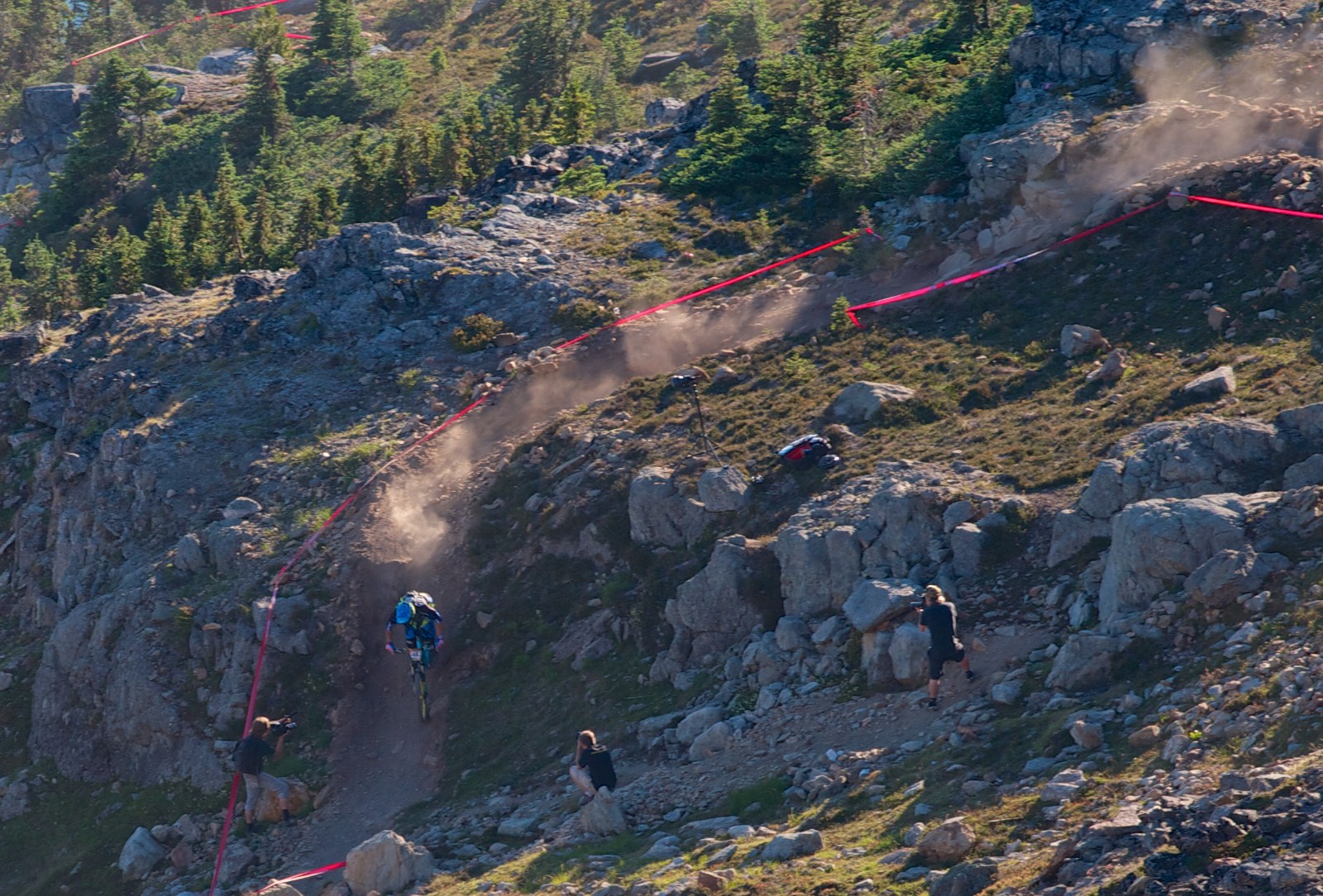 Cedric Gracia didn’t have his best day, finishing 23rd, but he was seen sharing his CO2 supply with another racer a few short minutes before his Stage 5 start. His good dudeness is well-earned. 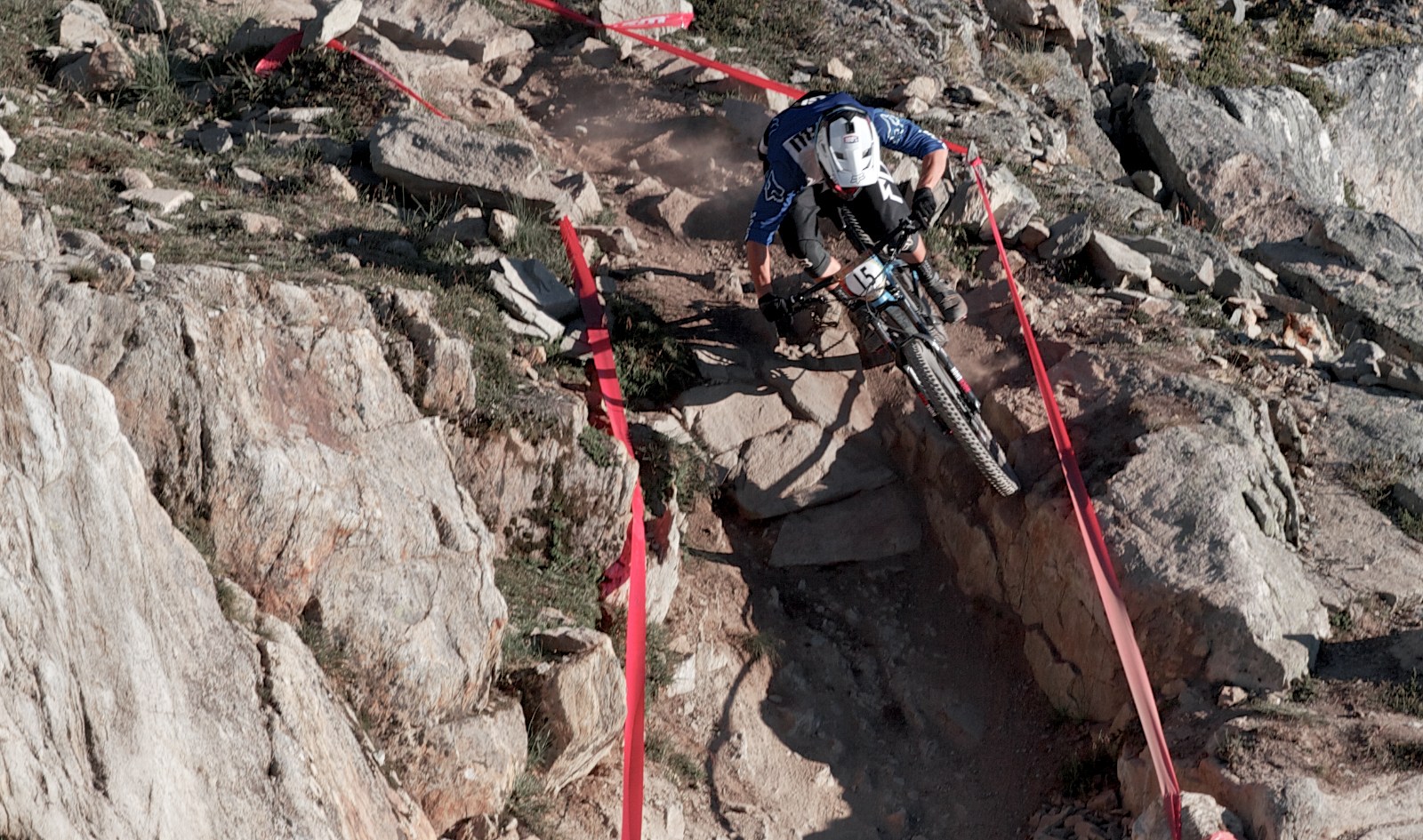 Yoann Barelli was a popular winner of Stage 4. He used that to springboard to 8th overall. 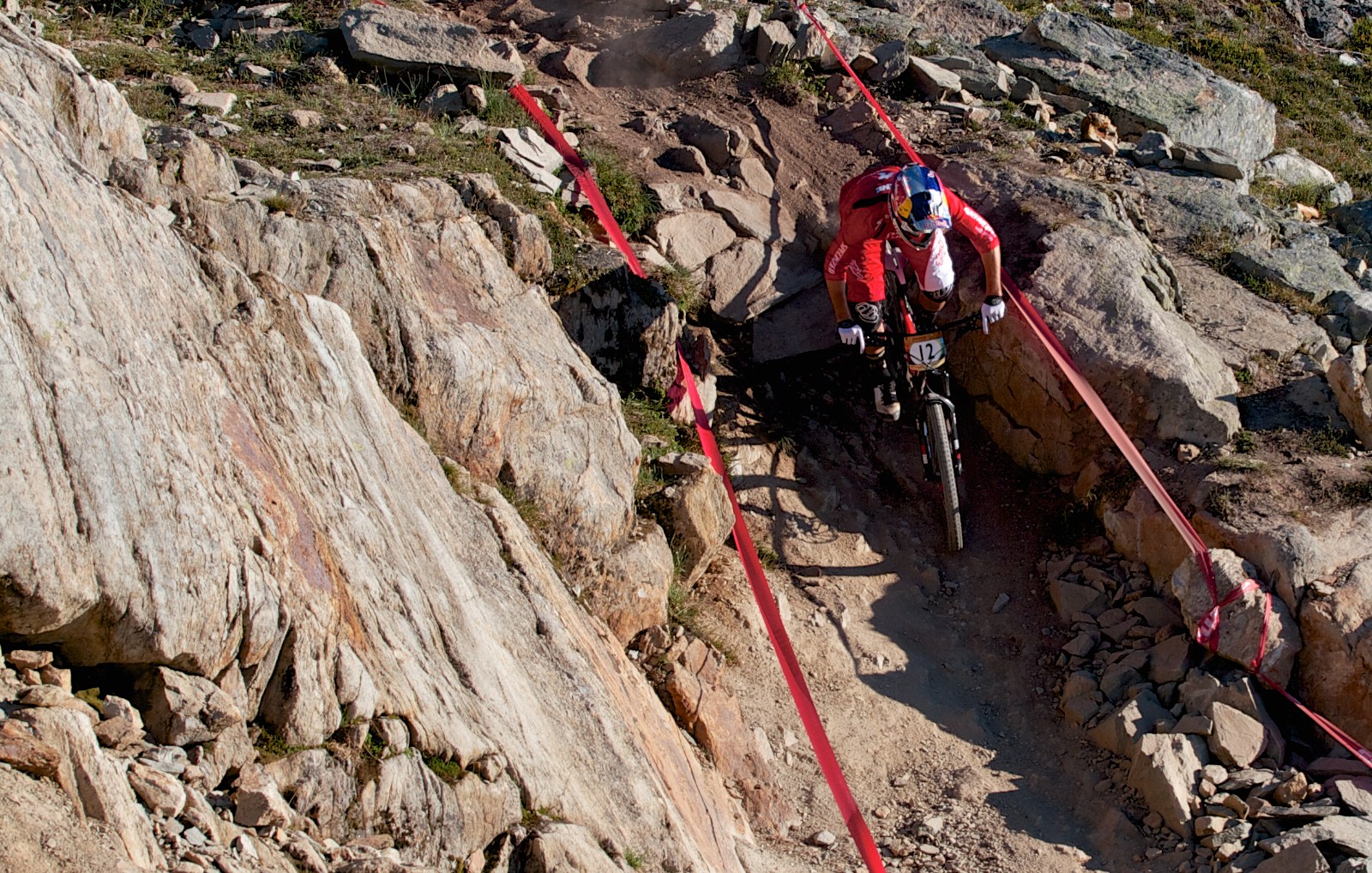 Curtis Keene finally made it onto the box – 3rd for the hard-working American. 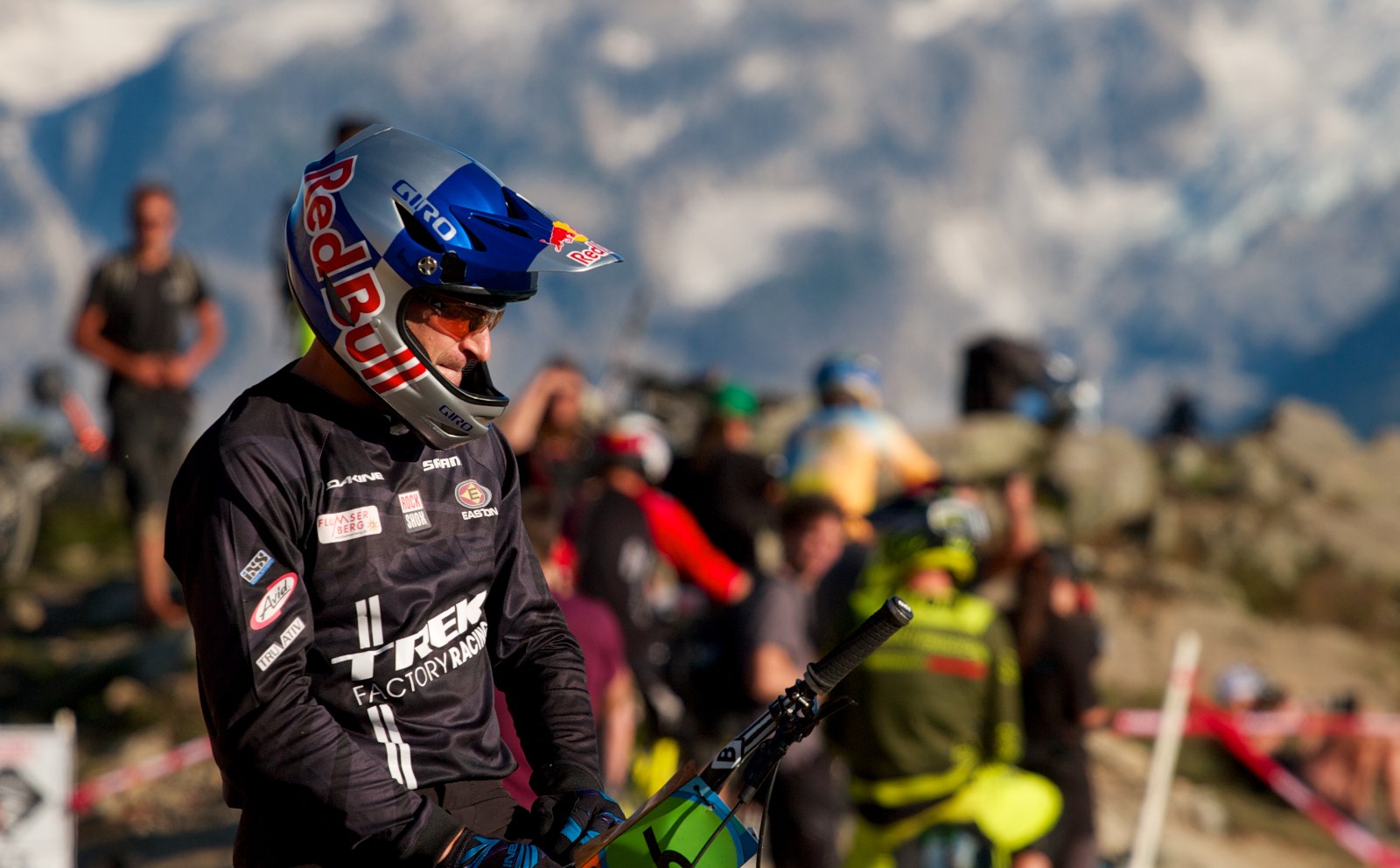 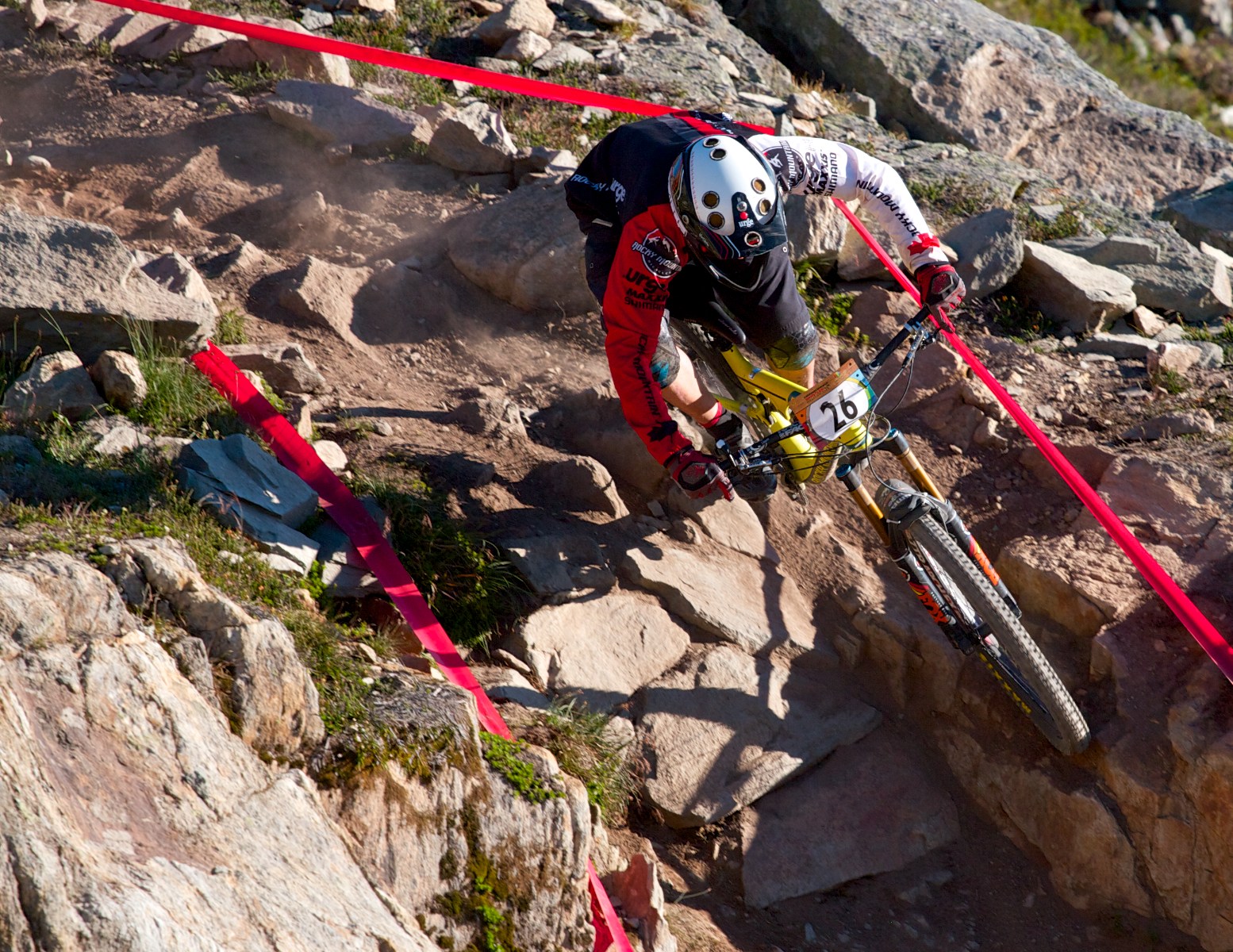 Whistler local Jesse Melamed has had a great first year full-time on the EWS circuit. He won his first ever stage today – Stage 3. 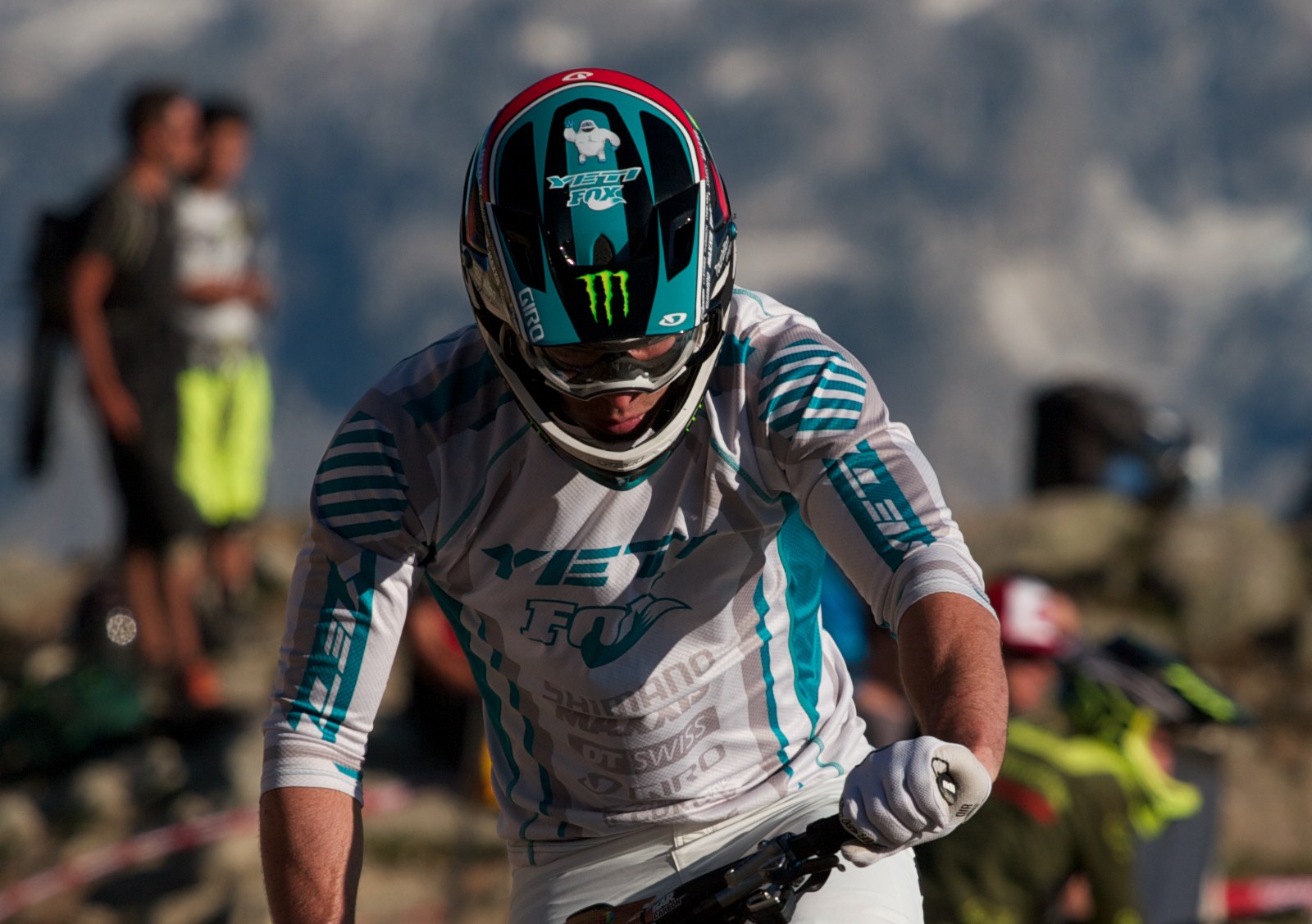 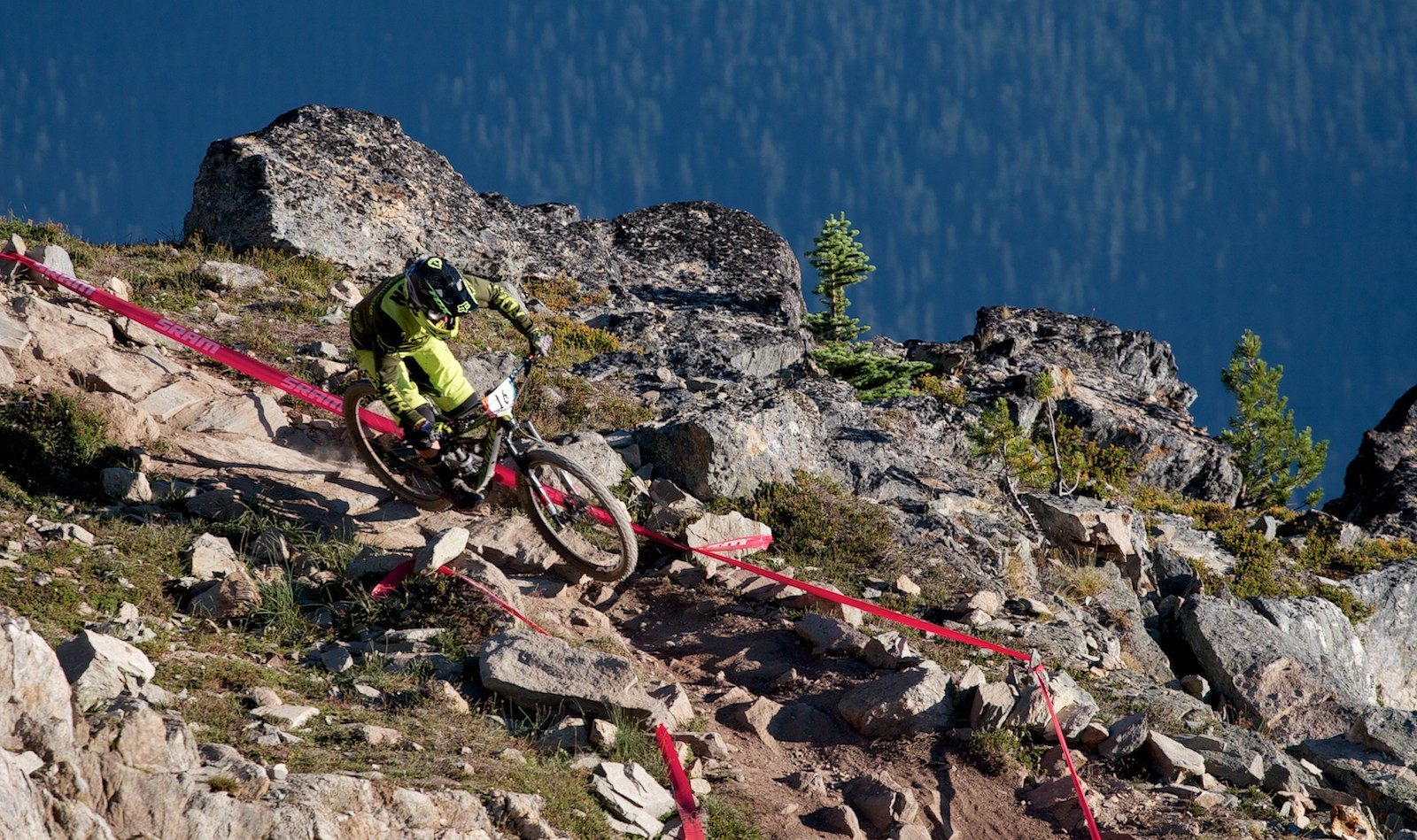 Damien Oton rode impressively – and aggressively – good enough for 2nd overall. It’s been a good season for the Frenchman. 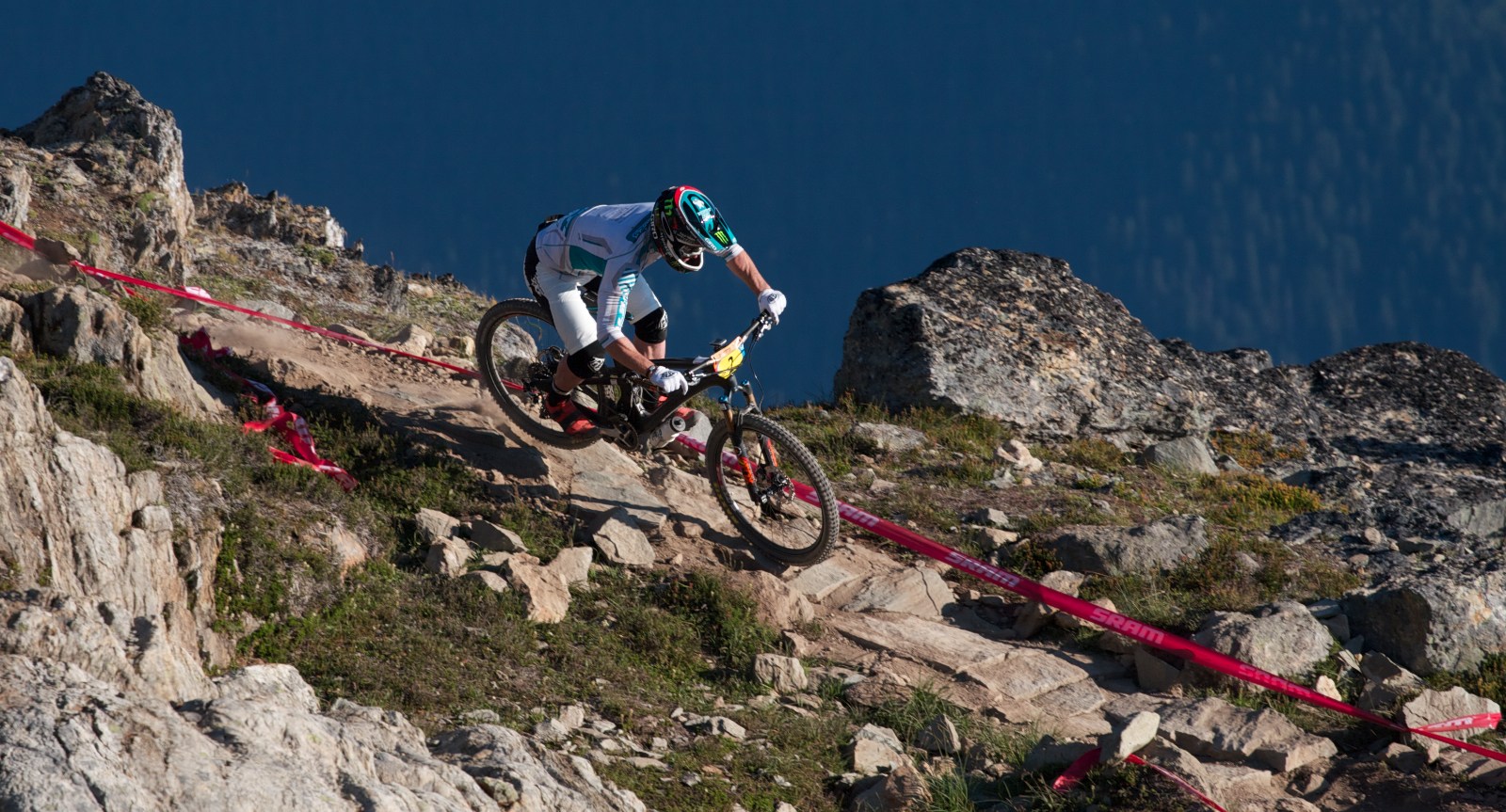 Last man down the hill, and Jared Graves nailed it, winning Stage 5 and the overall by more than two minutes. Not bad for a guy who had fork and brake problems in the early stages.

The jumps in the ACC picture are actually on Hey Bud, Stage 1 was mostly Microclimate then cut over onto Hey Bud via a new connector for the finish.