The Coastal Crew’s Coast Gravity Park campaign ended just shy of their goal of $100,000. Receiving support from around the world, the Crew are able to keep transforming the quiet hillside of Sechelt into a world-class mountain bike destination. With trails of 6 ranging difficulties (green, blue, red, black, double black and pro), Coast Gravity Park is sure to offer something for everyone.

The Crew recently invited Matt Dennison and myself to their very first public preview day (They hosted an invite-only preview day a few months back). These previewers were people who had helped the Crew with their fundraising campaign; those who bought tickets as a fundraiser were given dibs on riding the park. Riders from Vancouver, Kamloops and even Seattle showed up to rip down the Coastal Crew’s handiwork. Enduring the pouring rain, the crew had multiple pick-up trucks to shuttle the riders. The boys were eager to show the trails that they had been working on, and thrilled to throw down for the cameras. 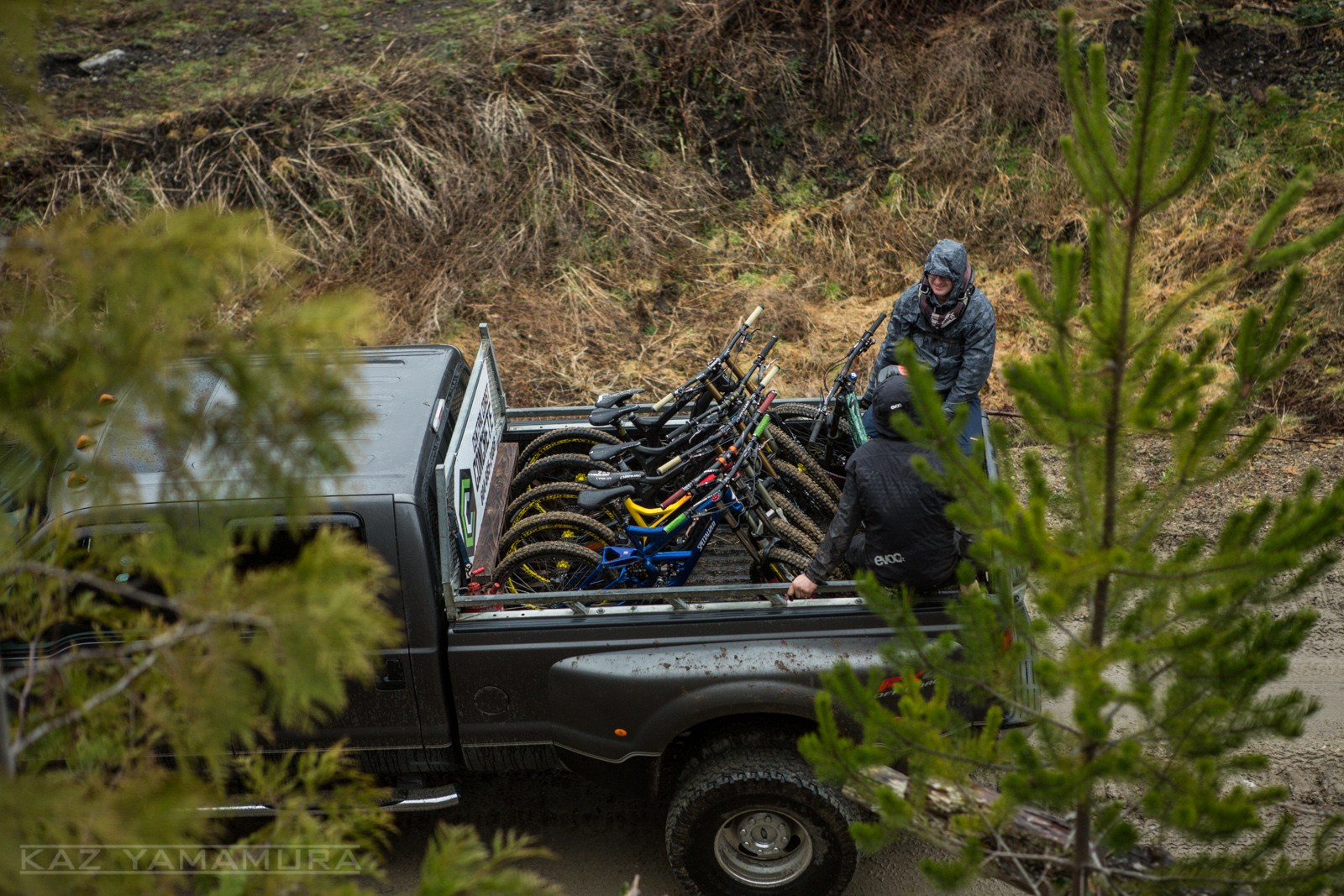 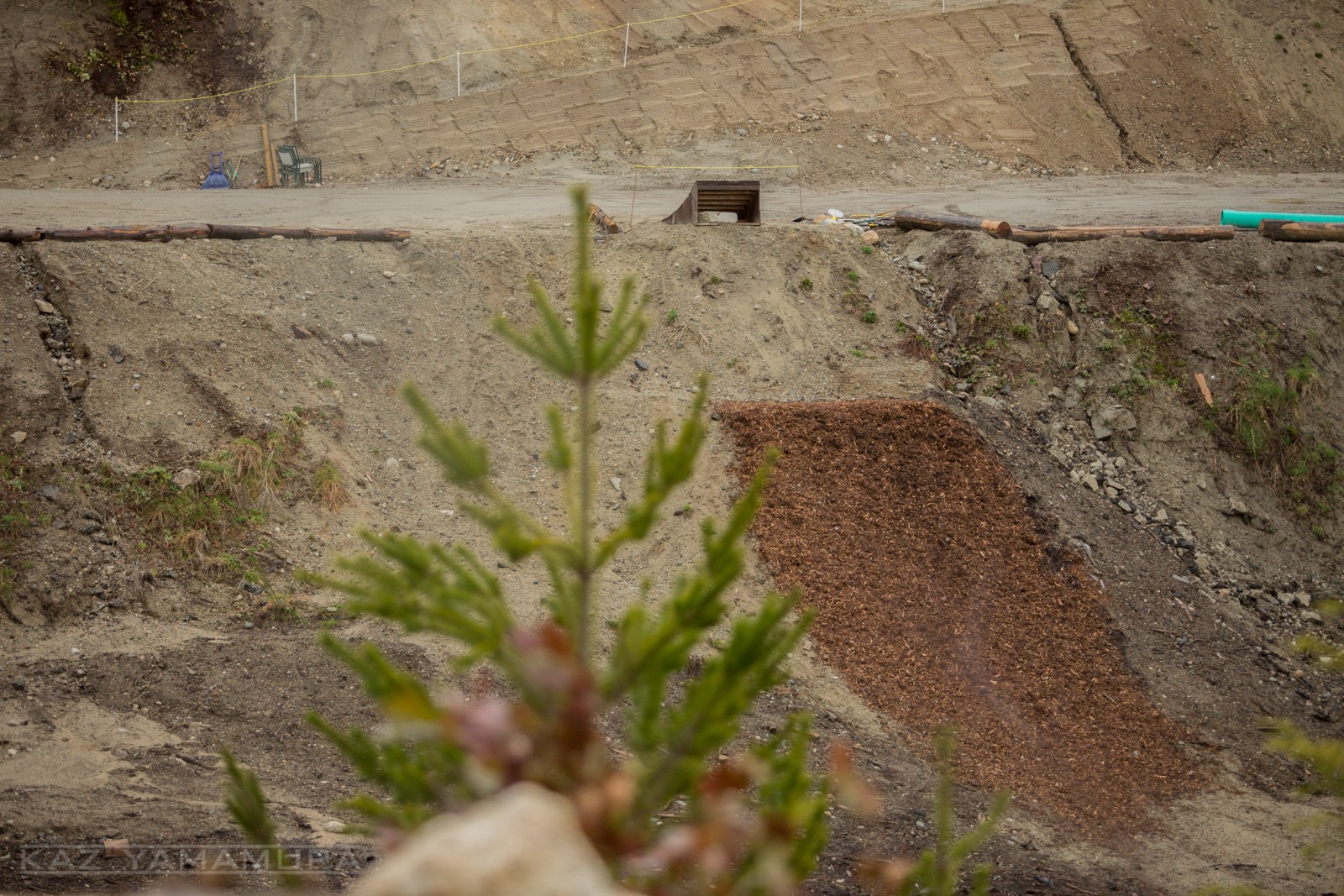 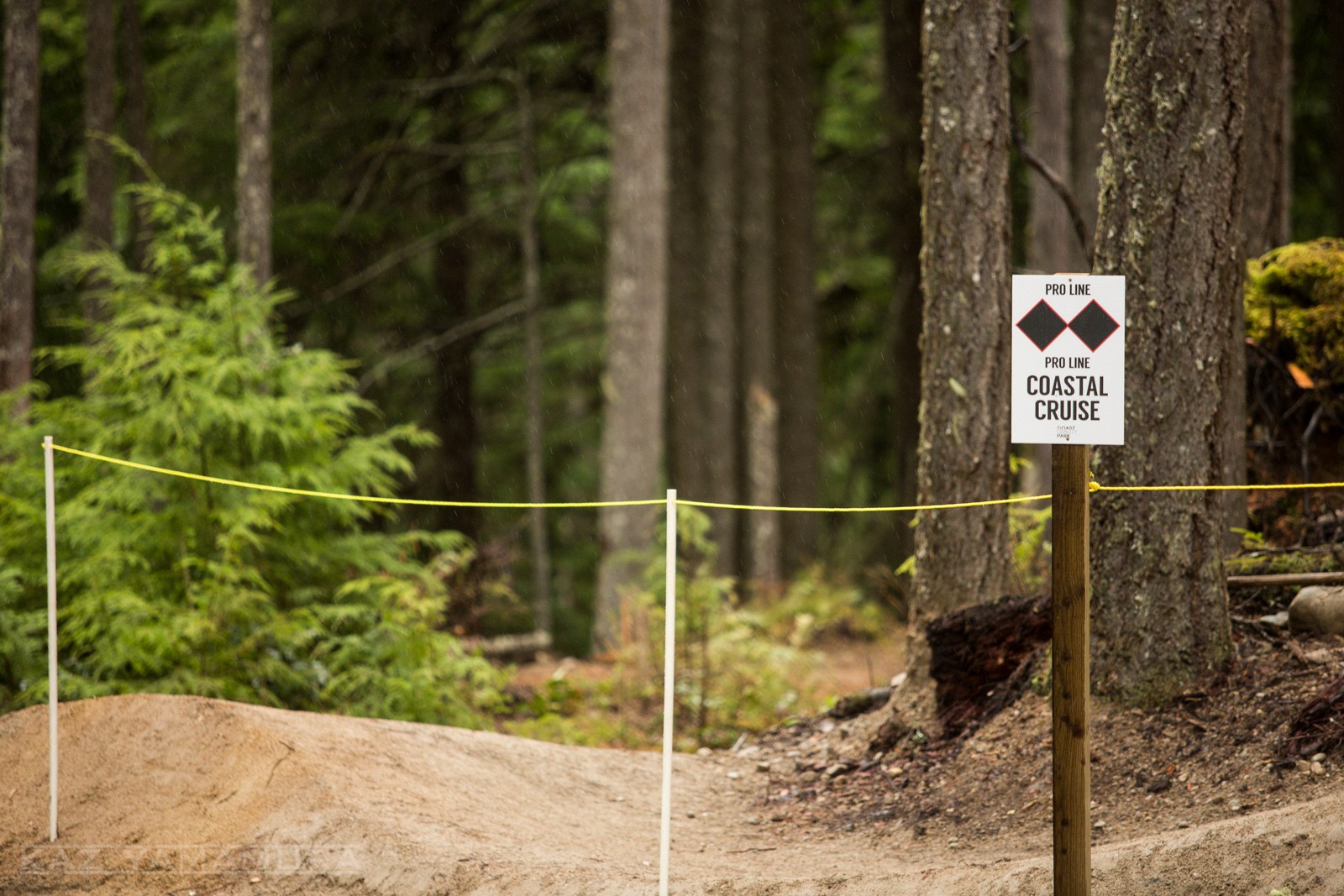 They couldn’t have come up with a more confusing name for this trail. Clever though. 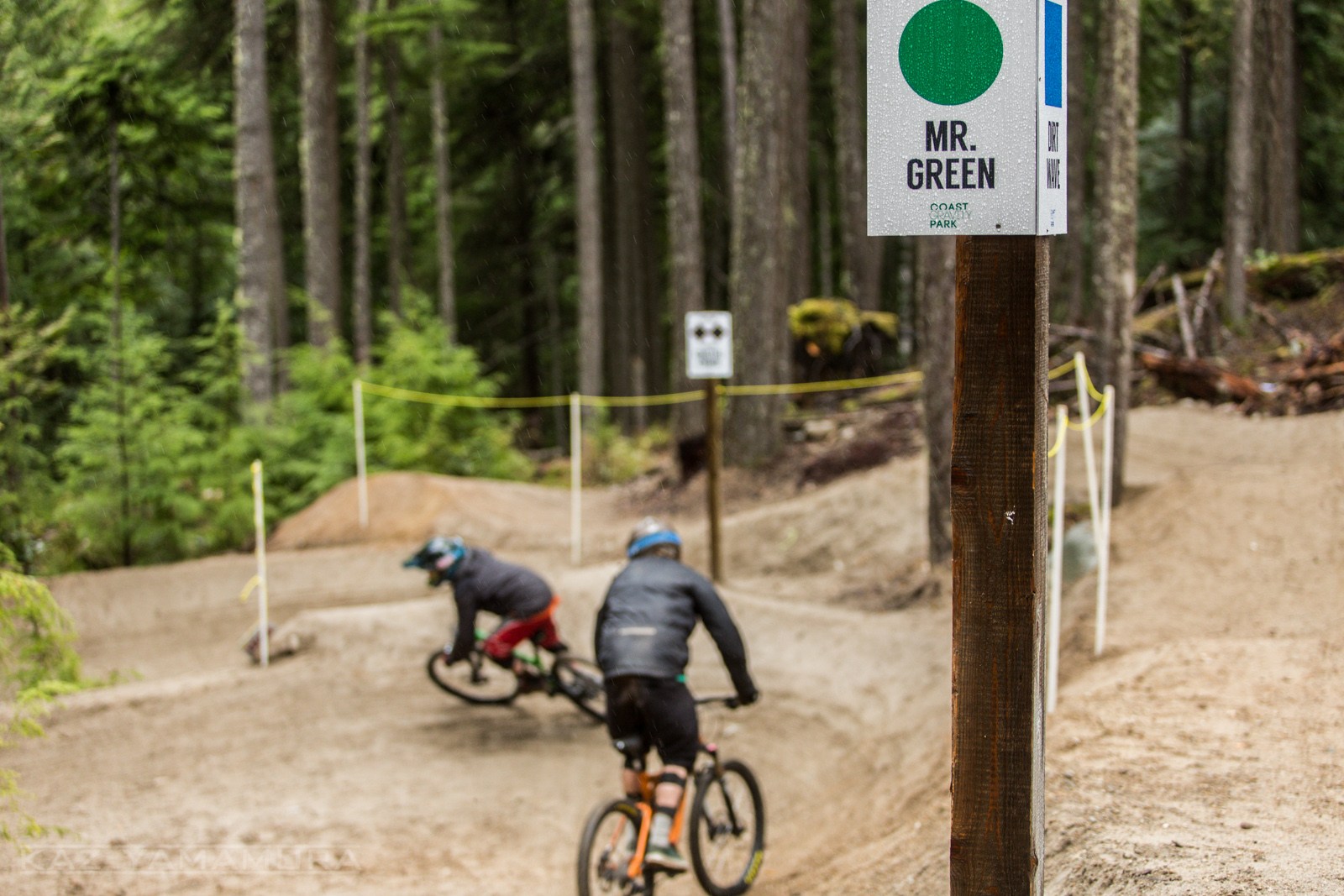 Starting the day off easy. 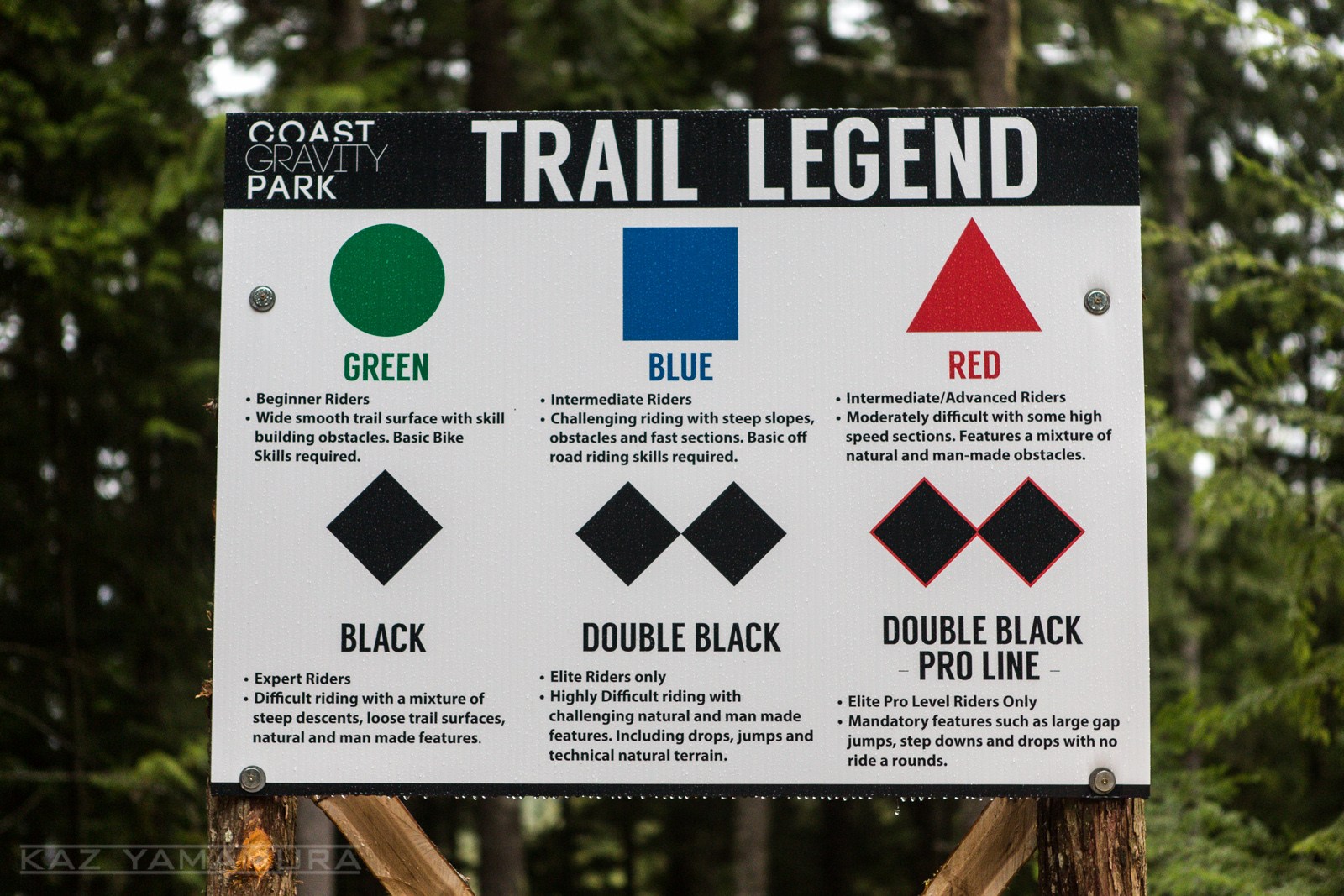 The Crew felt that the jump from blue to black was too big, so they included a red rating. 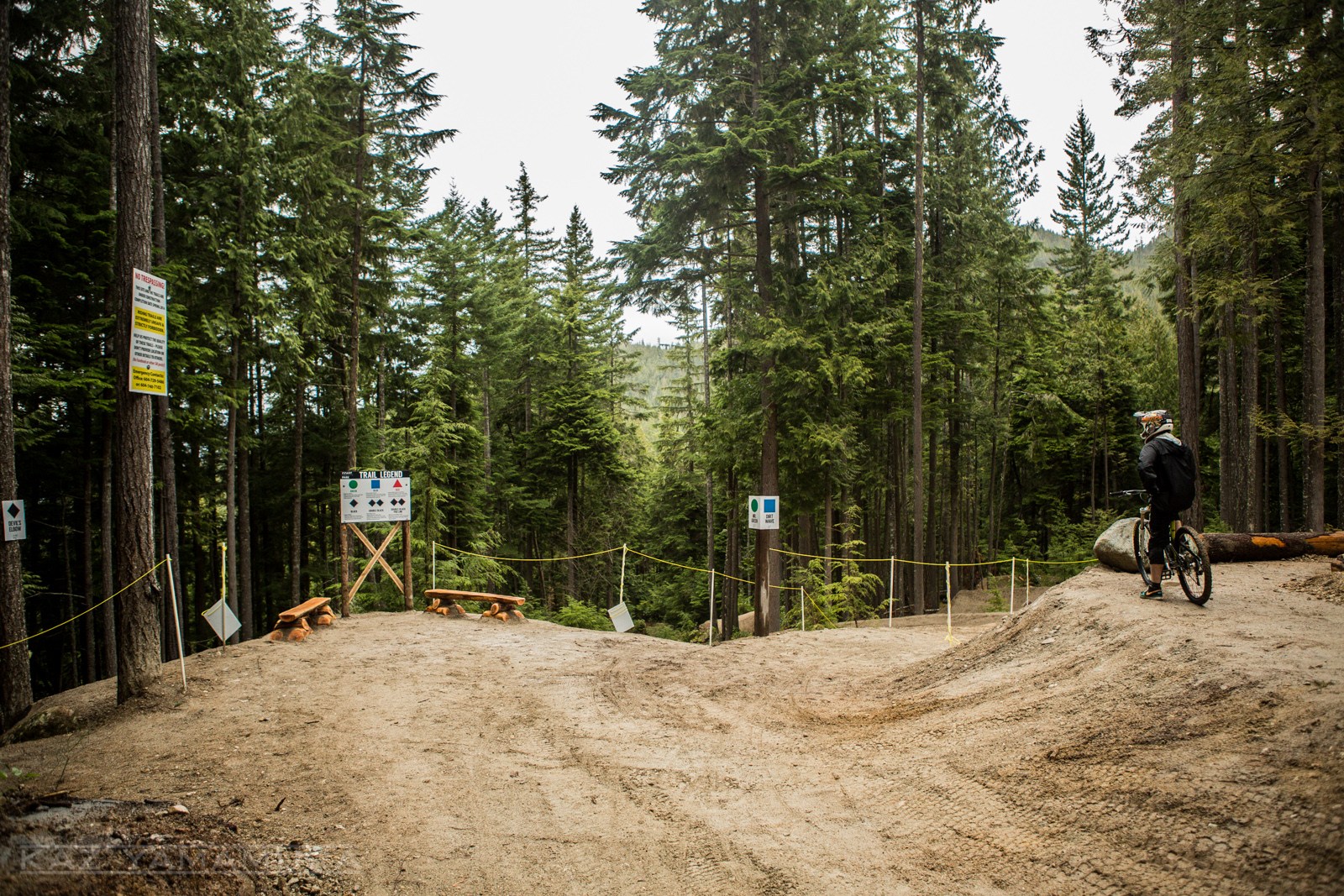 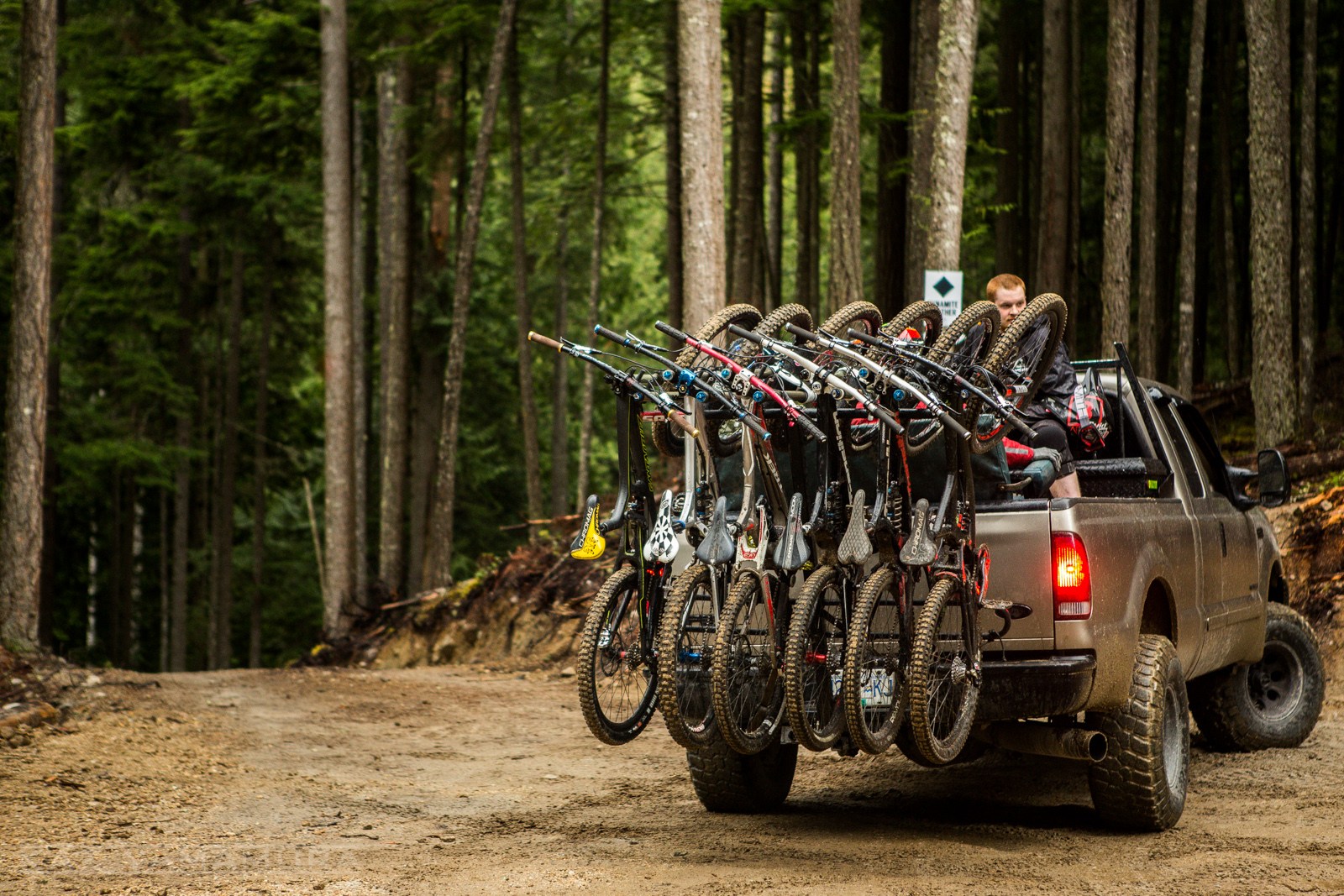 The crew had multiple trucks shuttling the riders to the top. What’s a lift line? 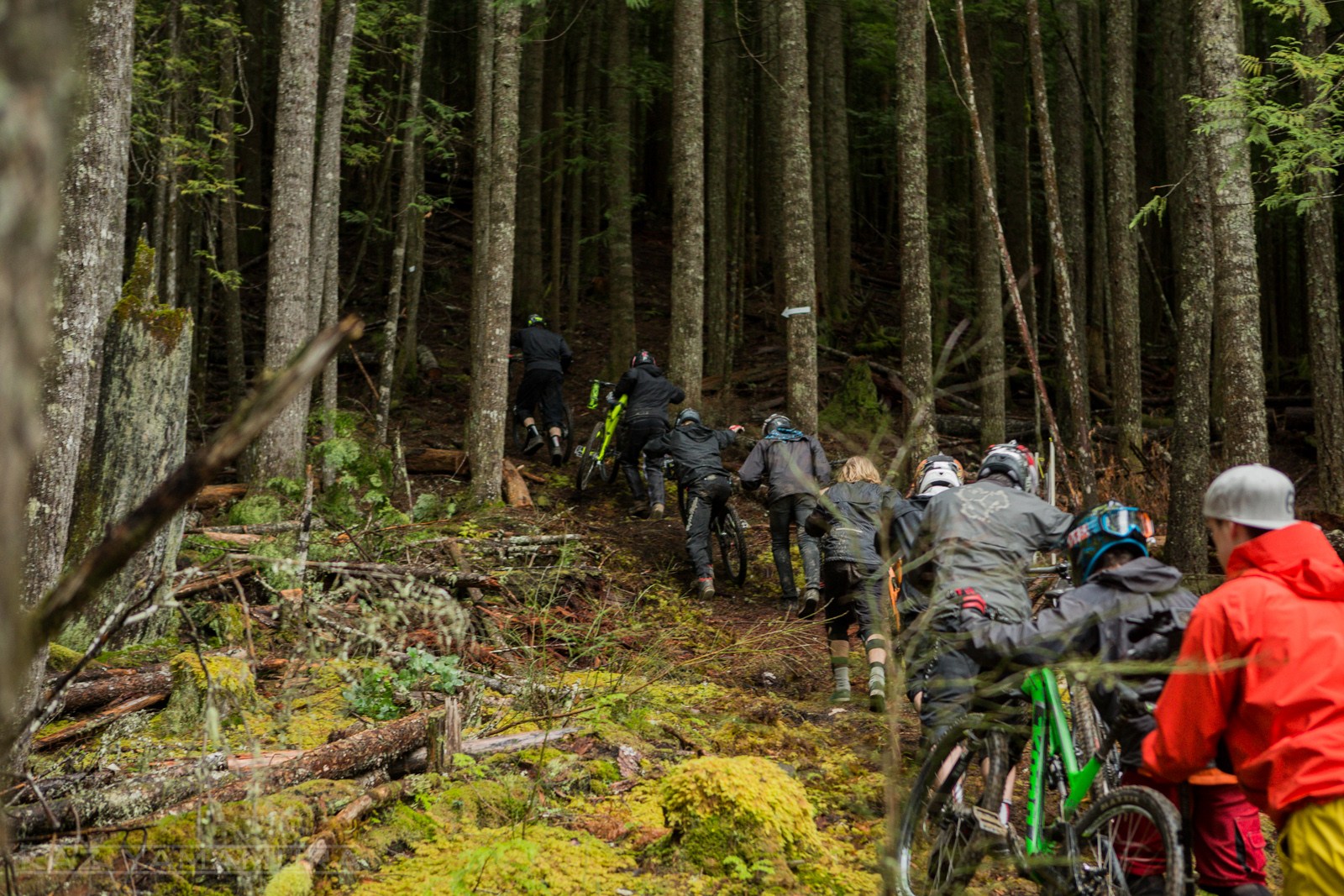 One of their black diamond trails, Dynamite Panther, started above the truck drop-off. Time to earn those turns… 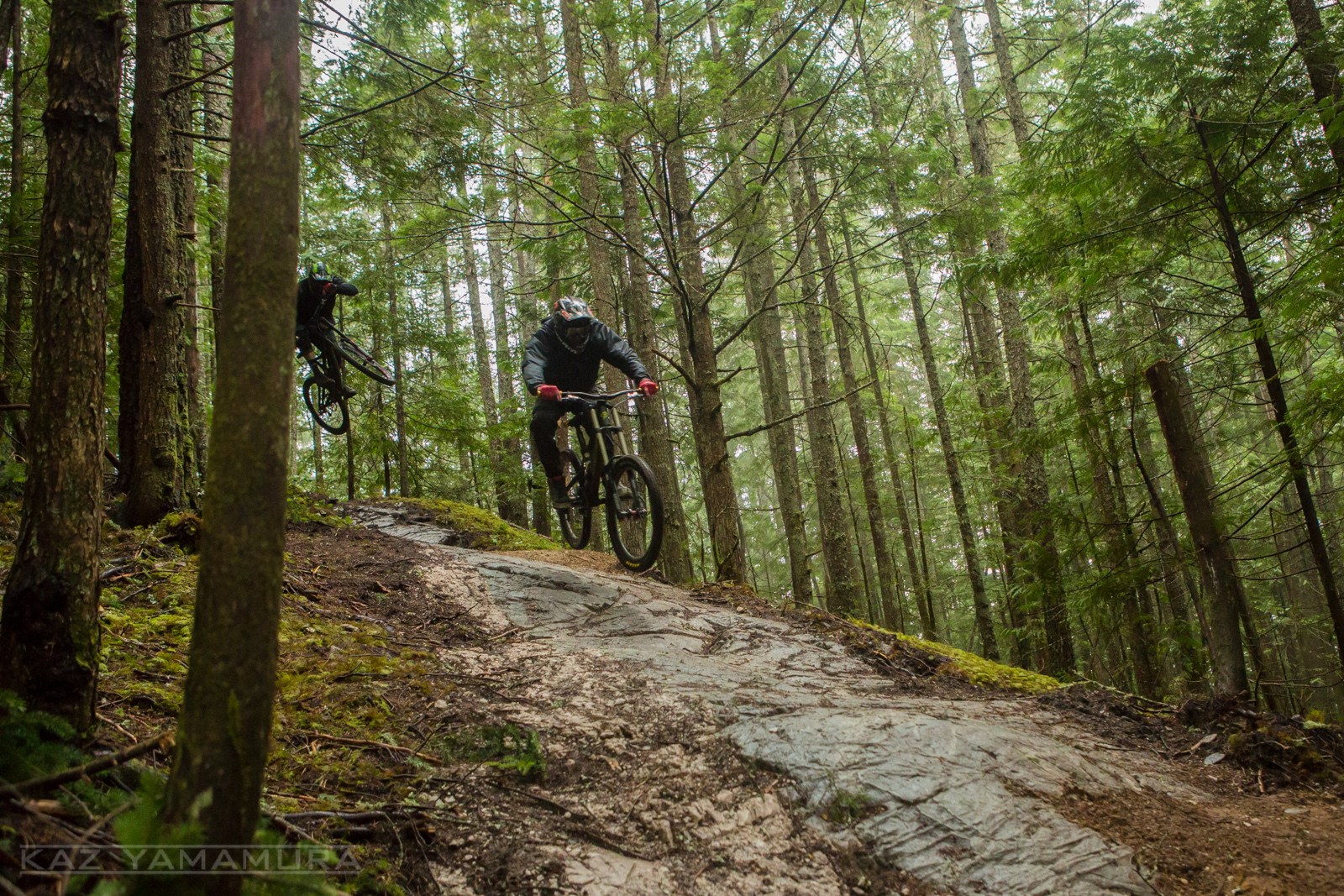 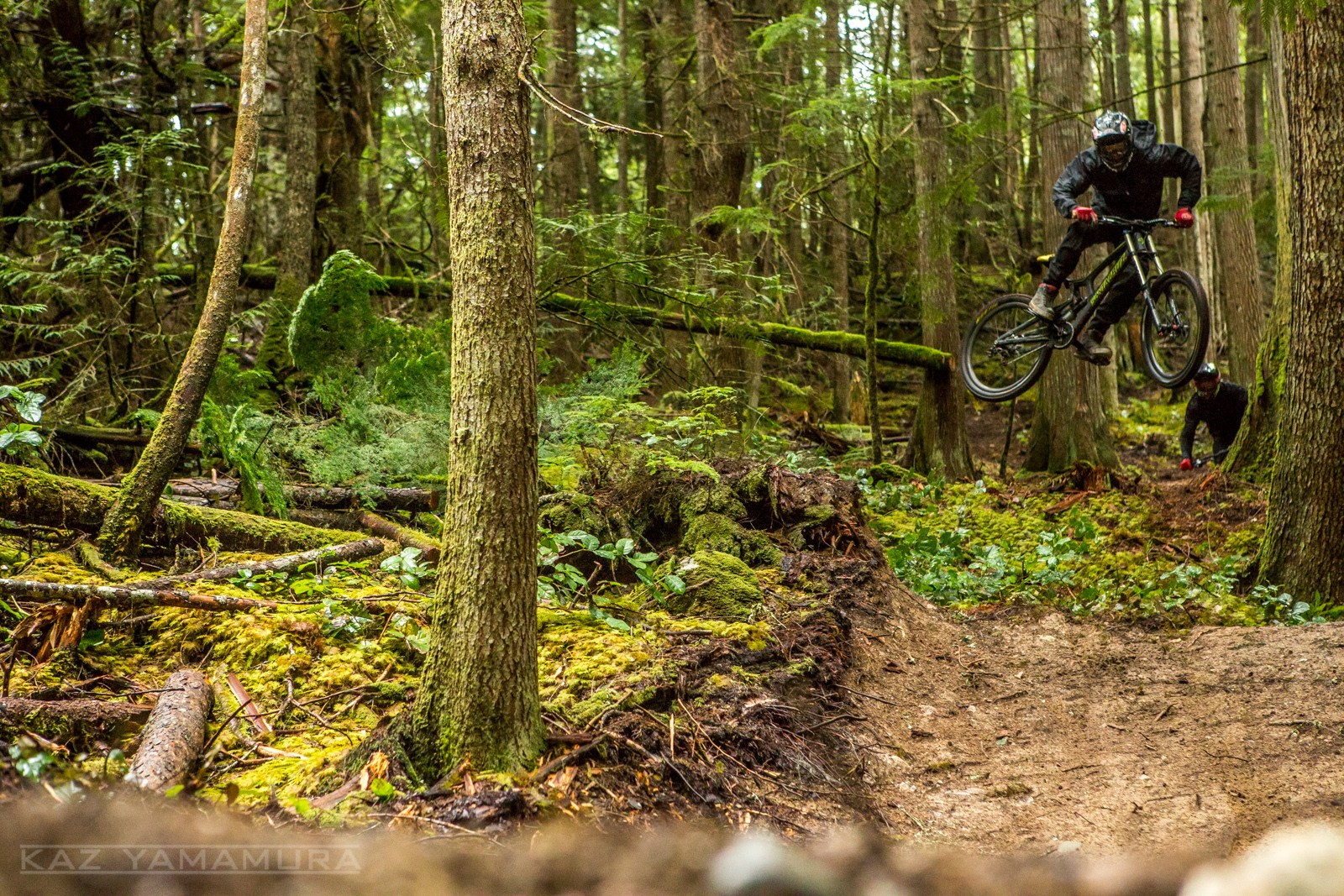 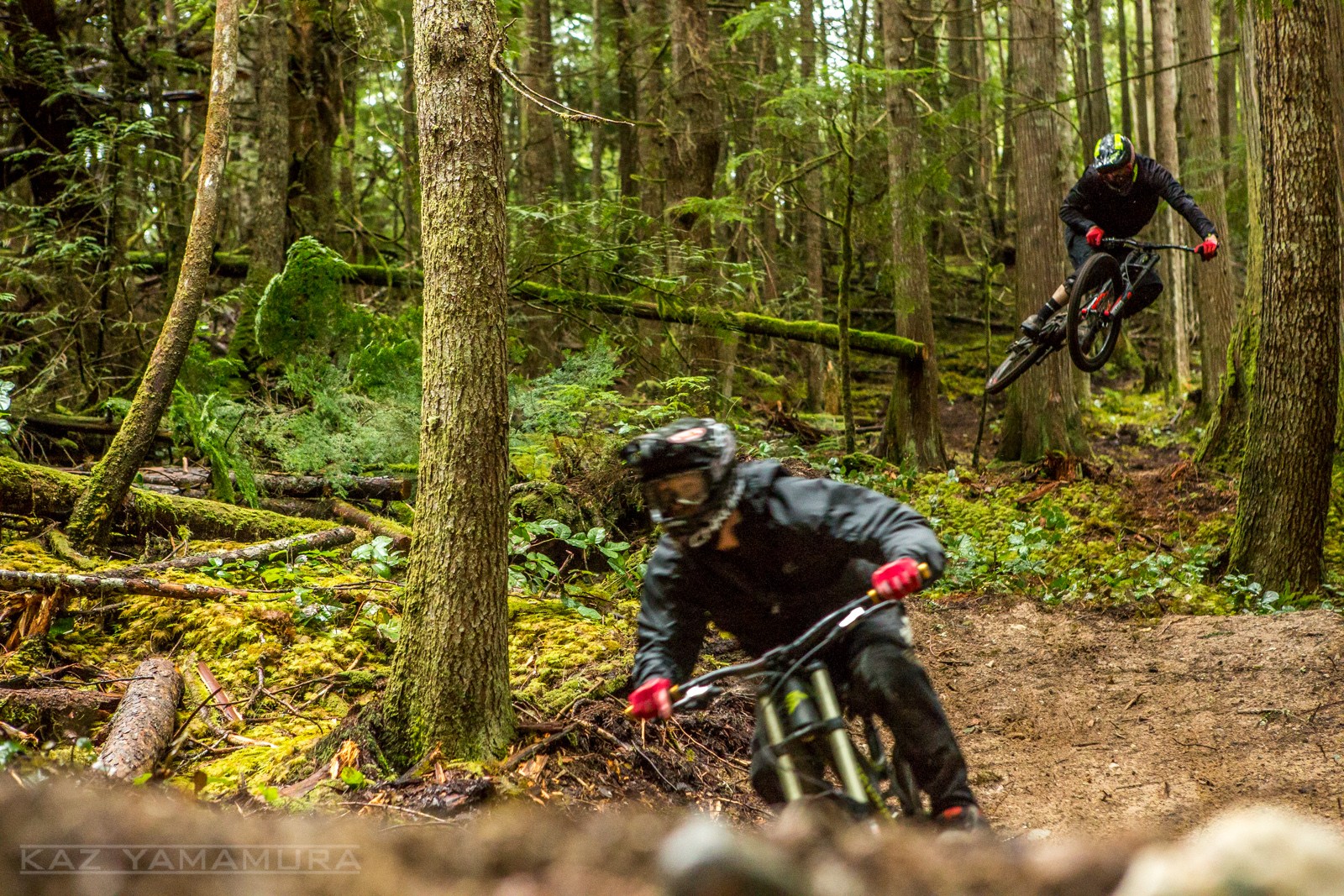 …with Curtis Robinson following closely behind 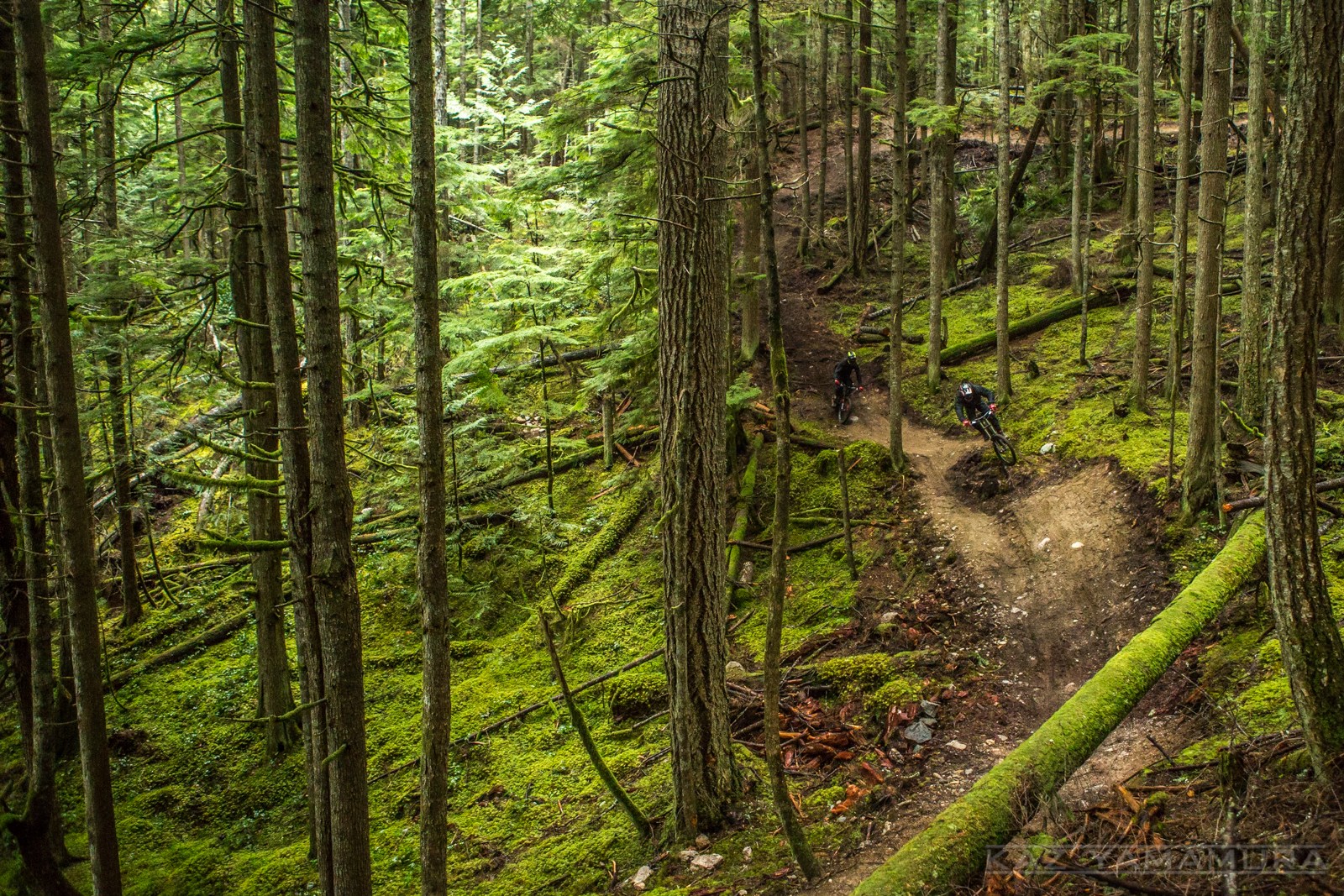 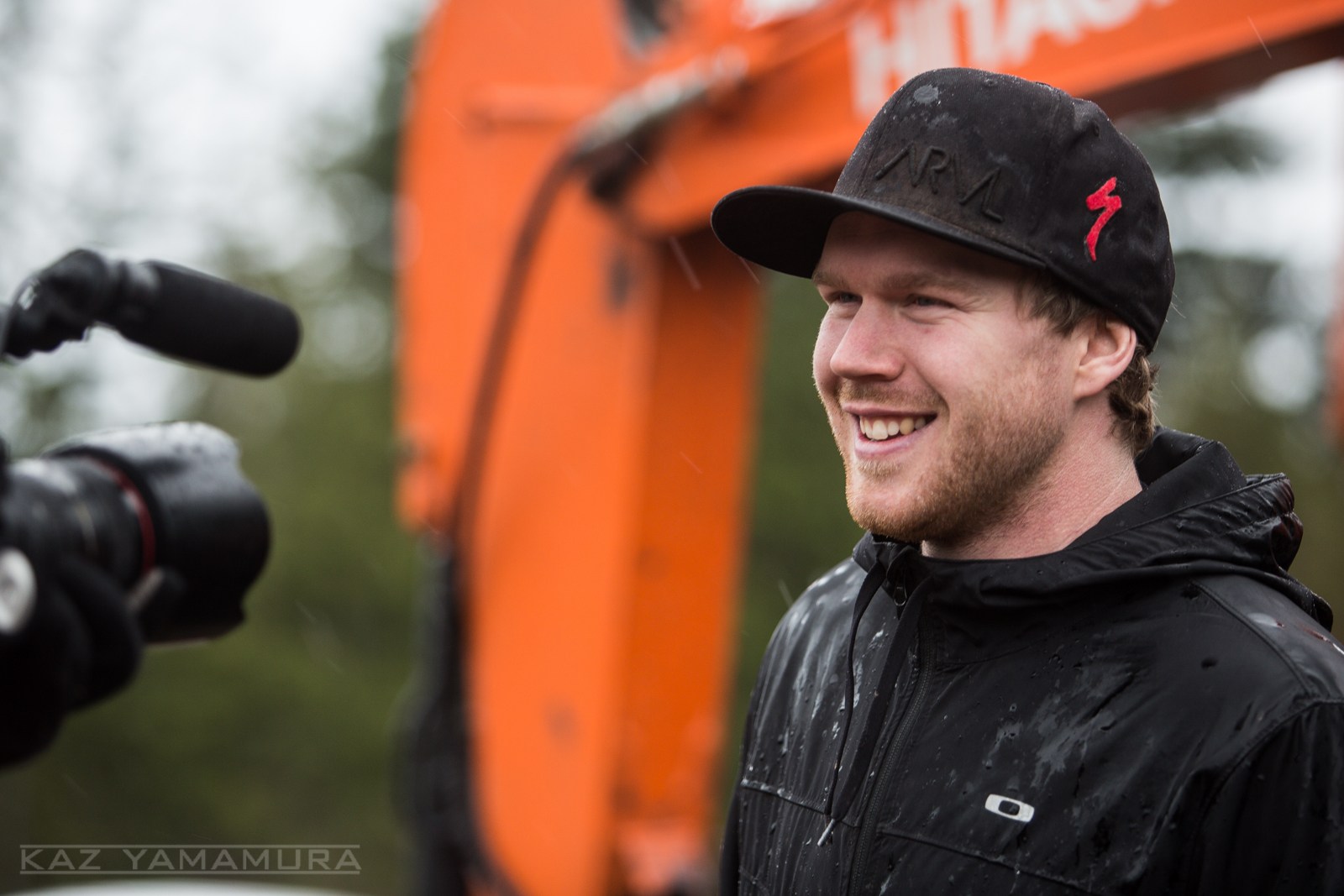 Norbs was all smiles all day (That Specialized patch is stickered on in true Coastal Crew fashion). 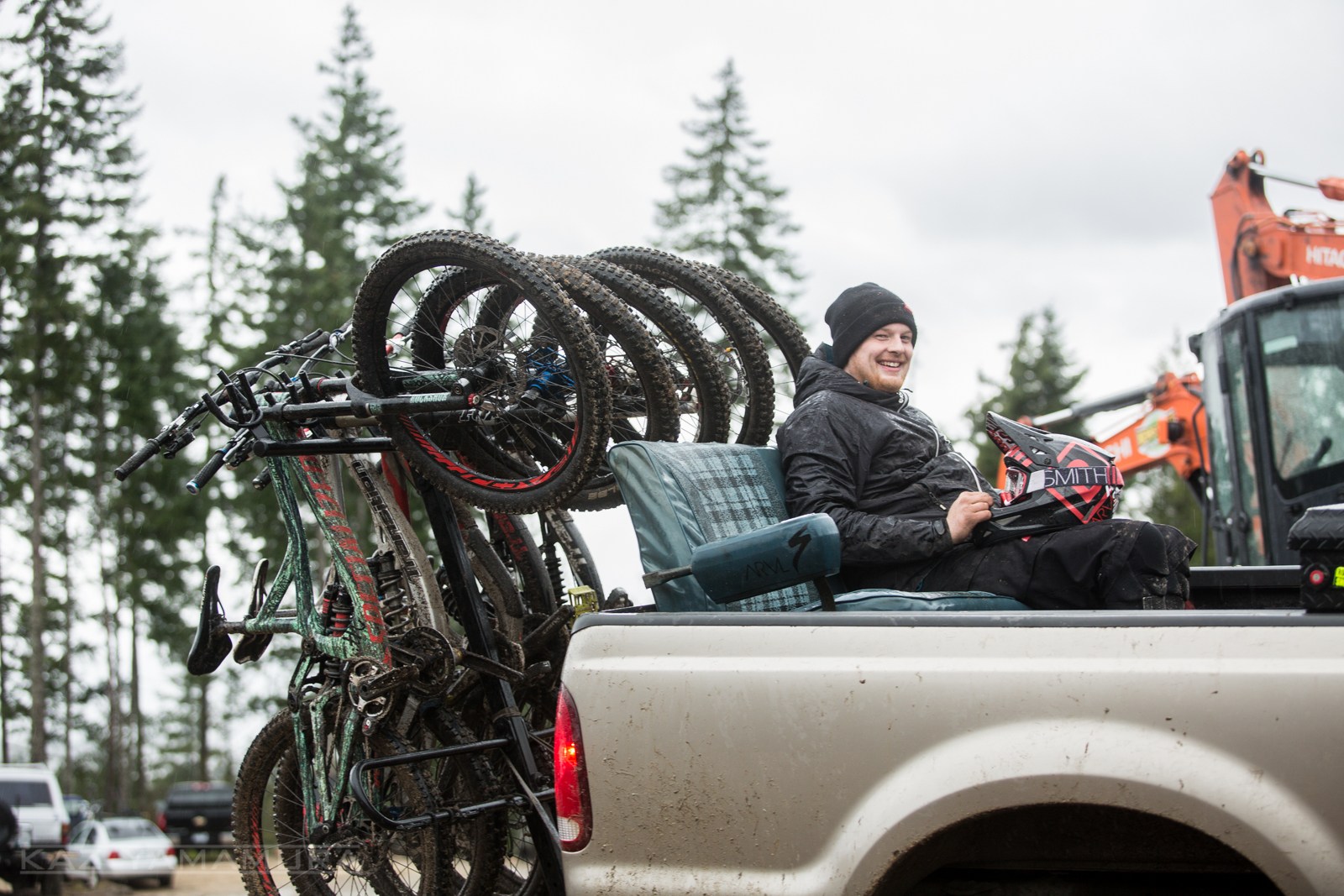 They installed an old bench seat in the back of the truck. Stickered, as per protocol. 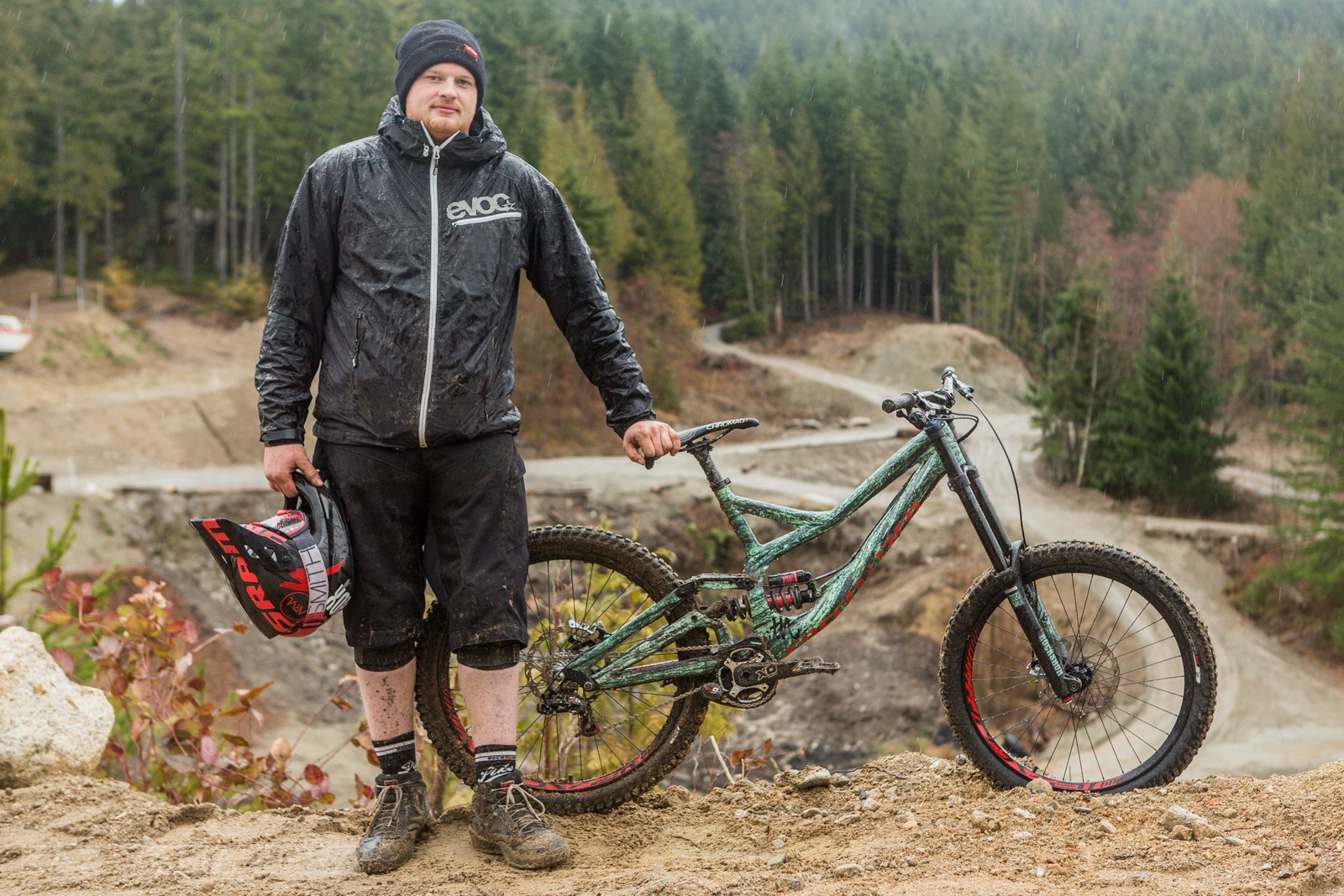 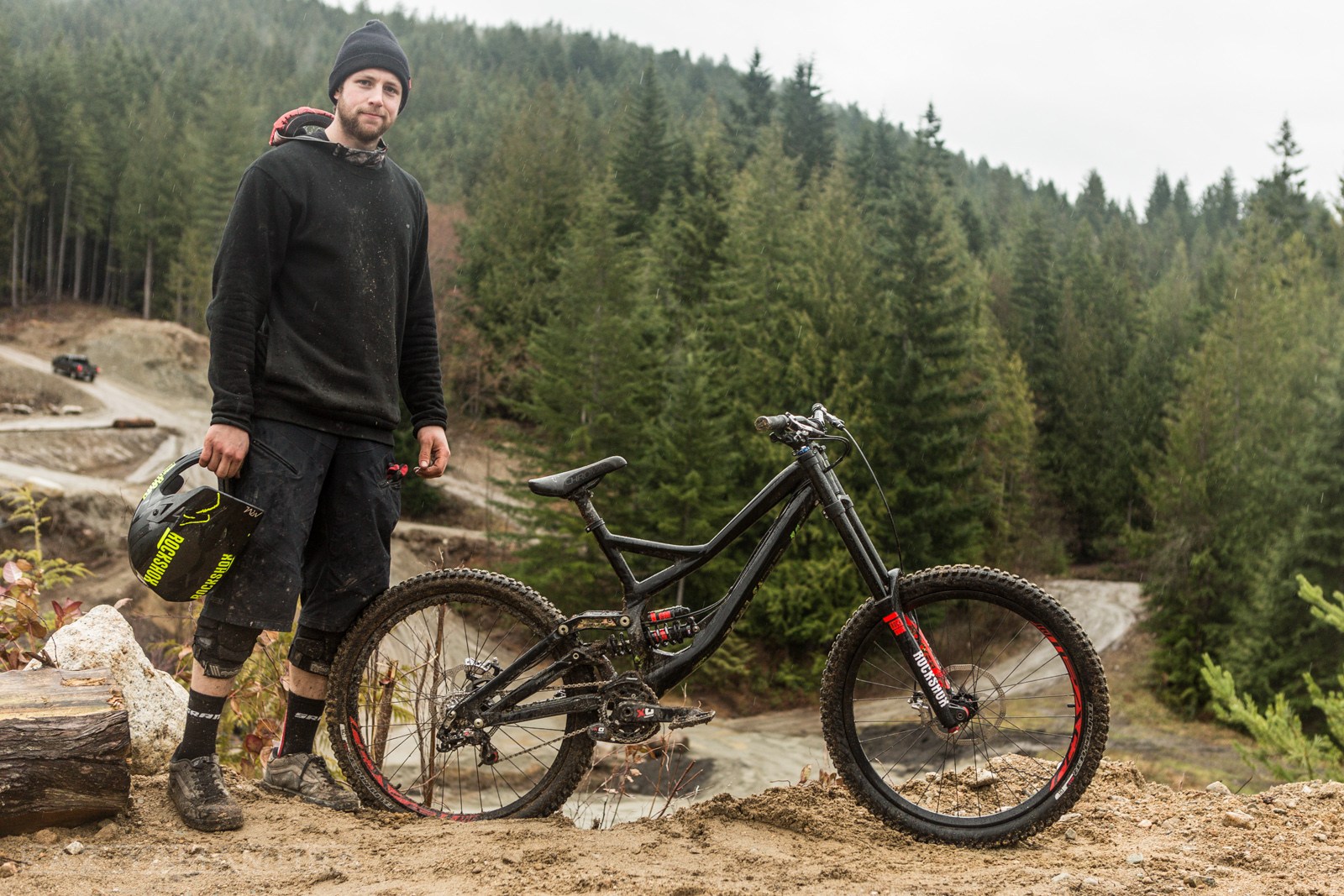 Curtis with his stealth black Demo. 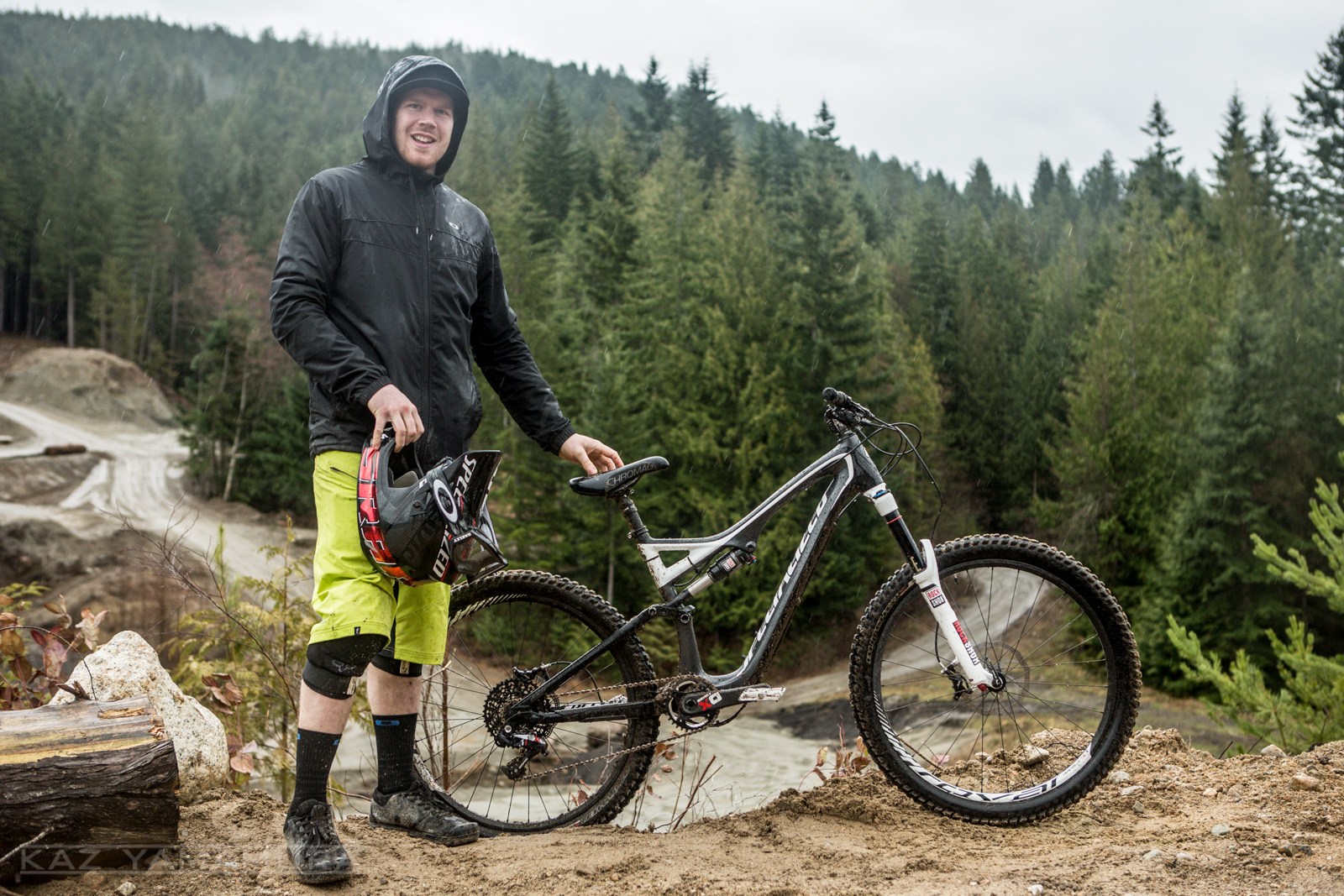 Norbs opted for his Stumpjumper. 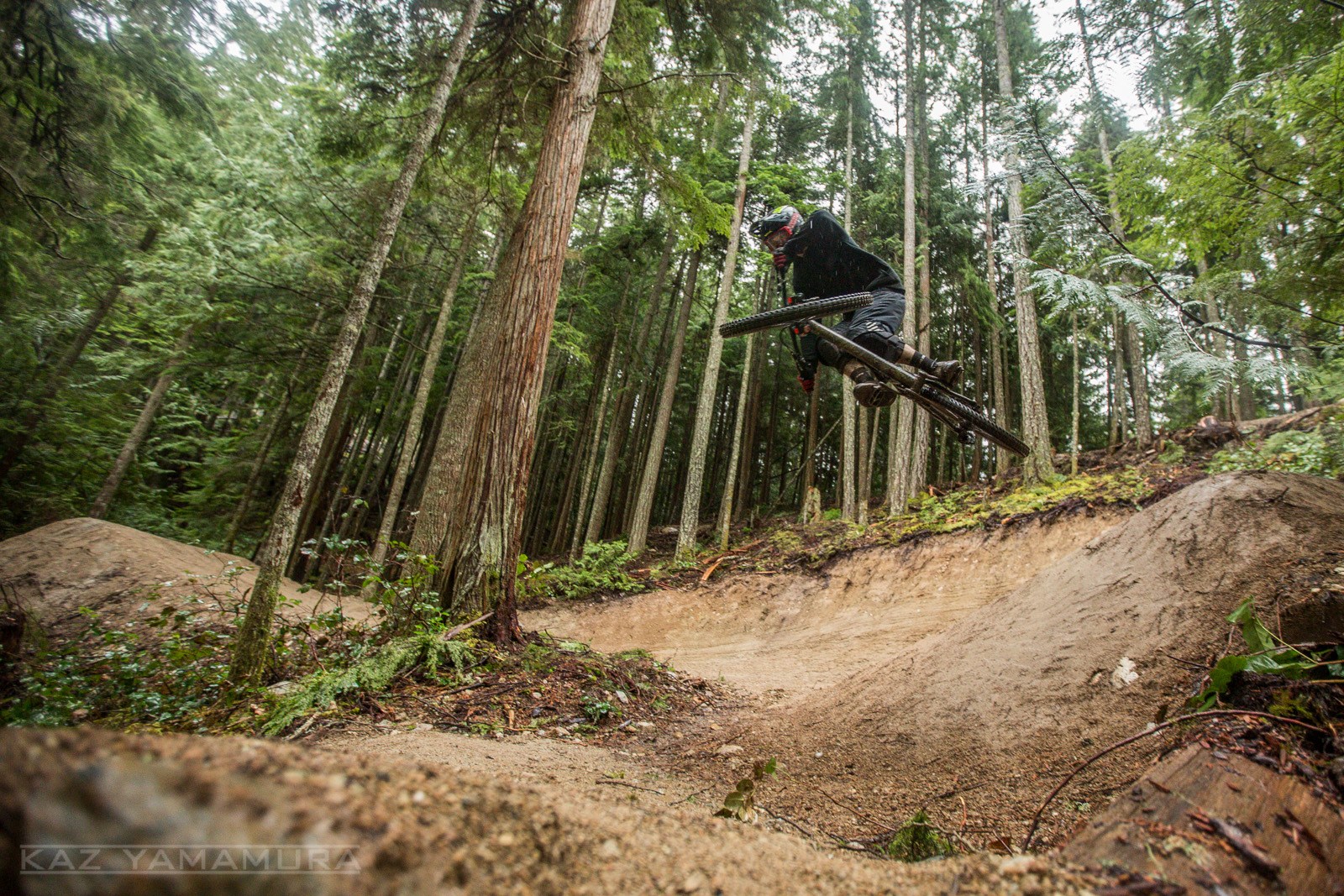 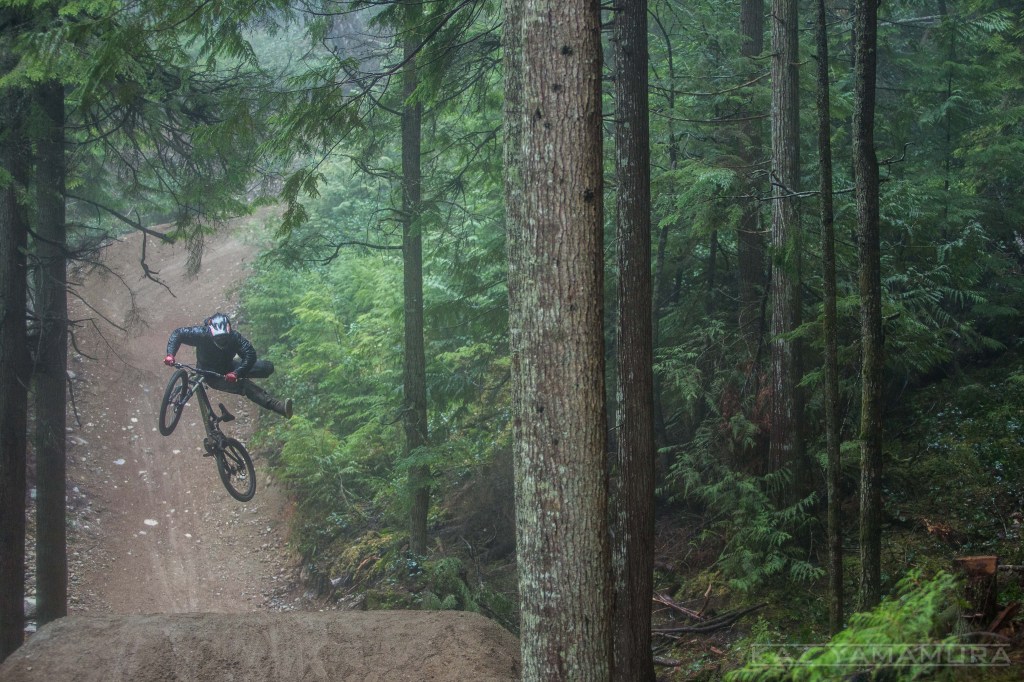 Logan Peat, no-foot can on the step-up. 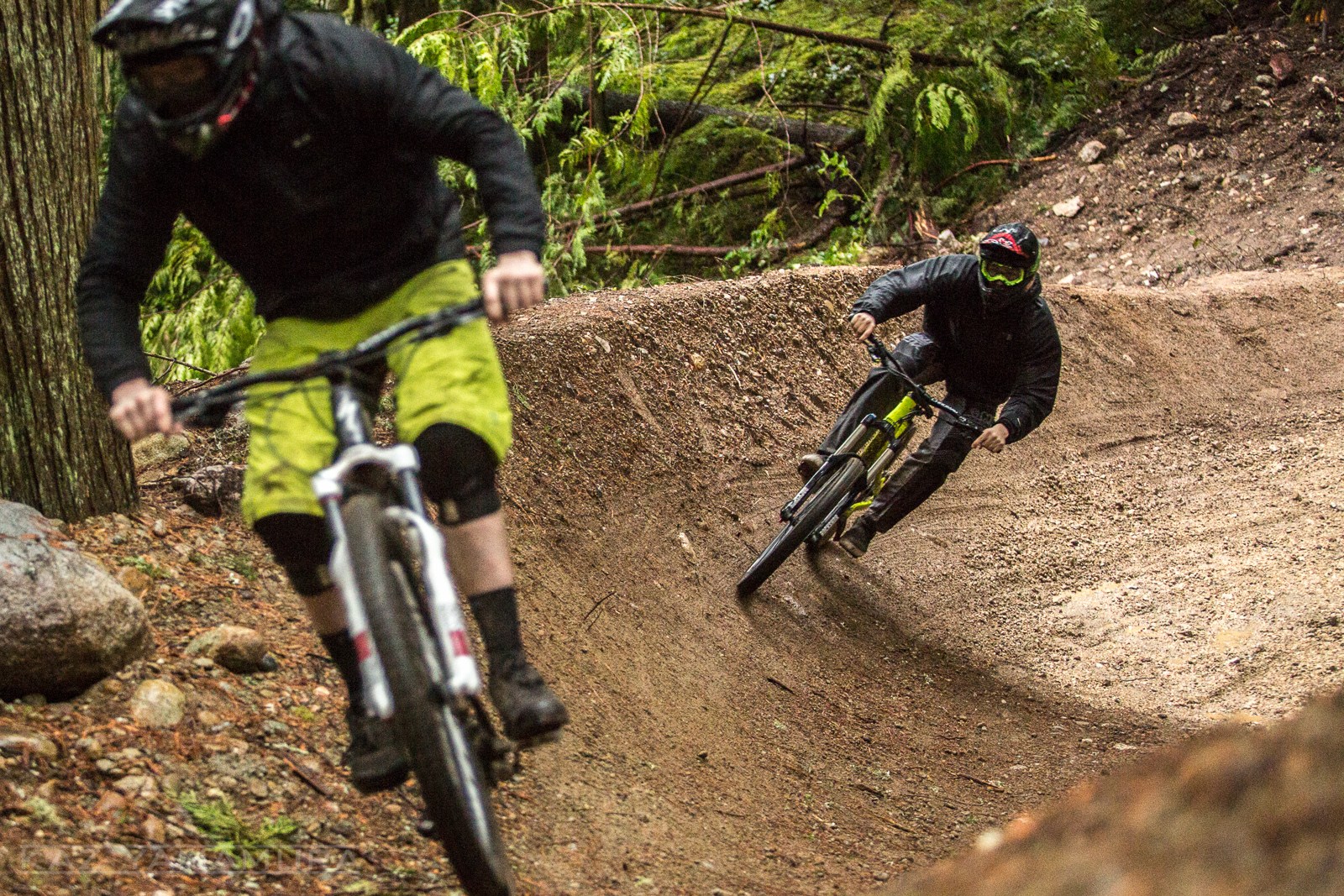 Norbs and Howey. Look at the size of that berm! 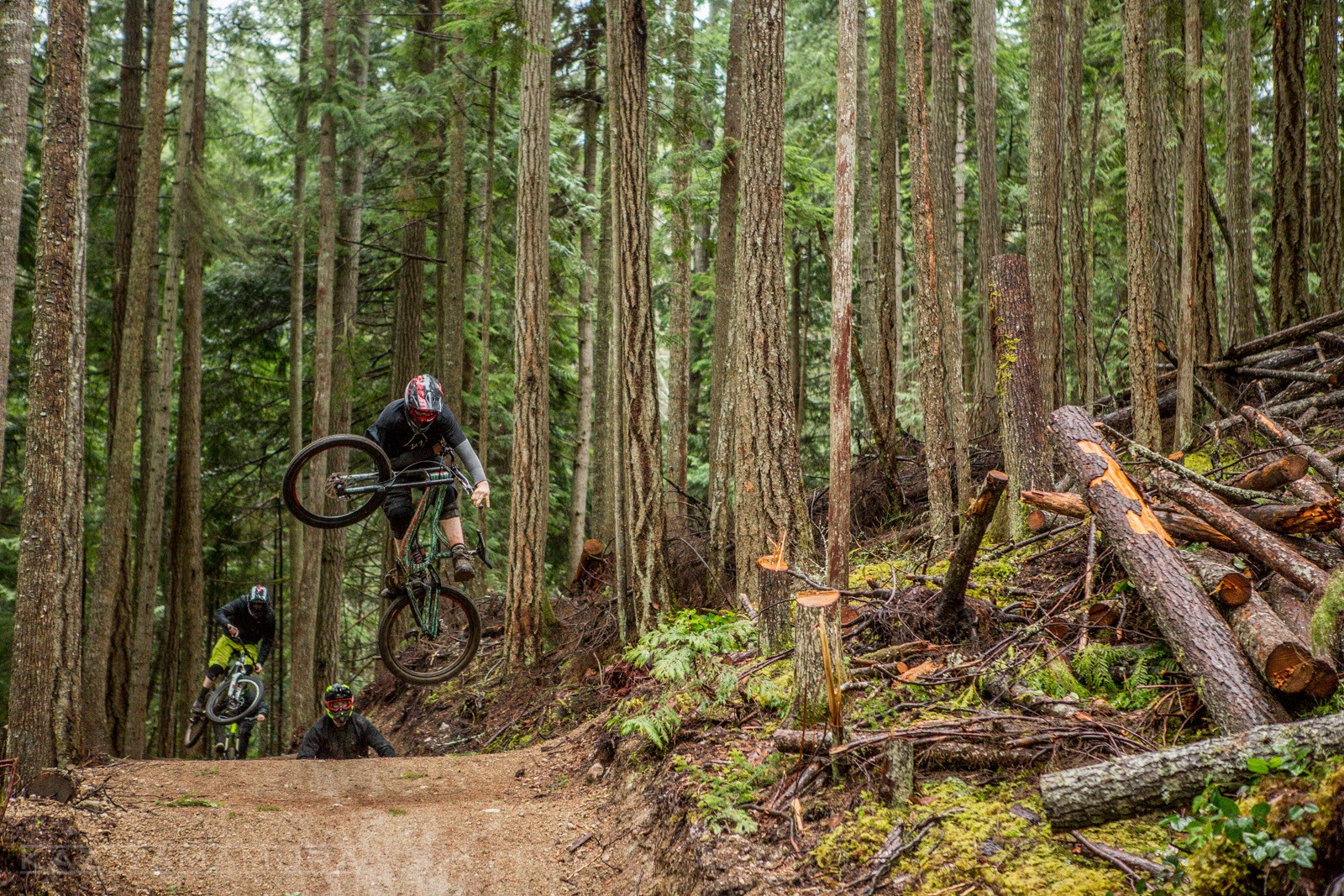 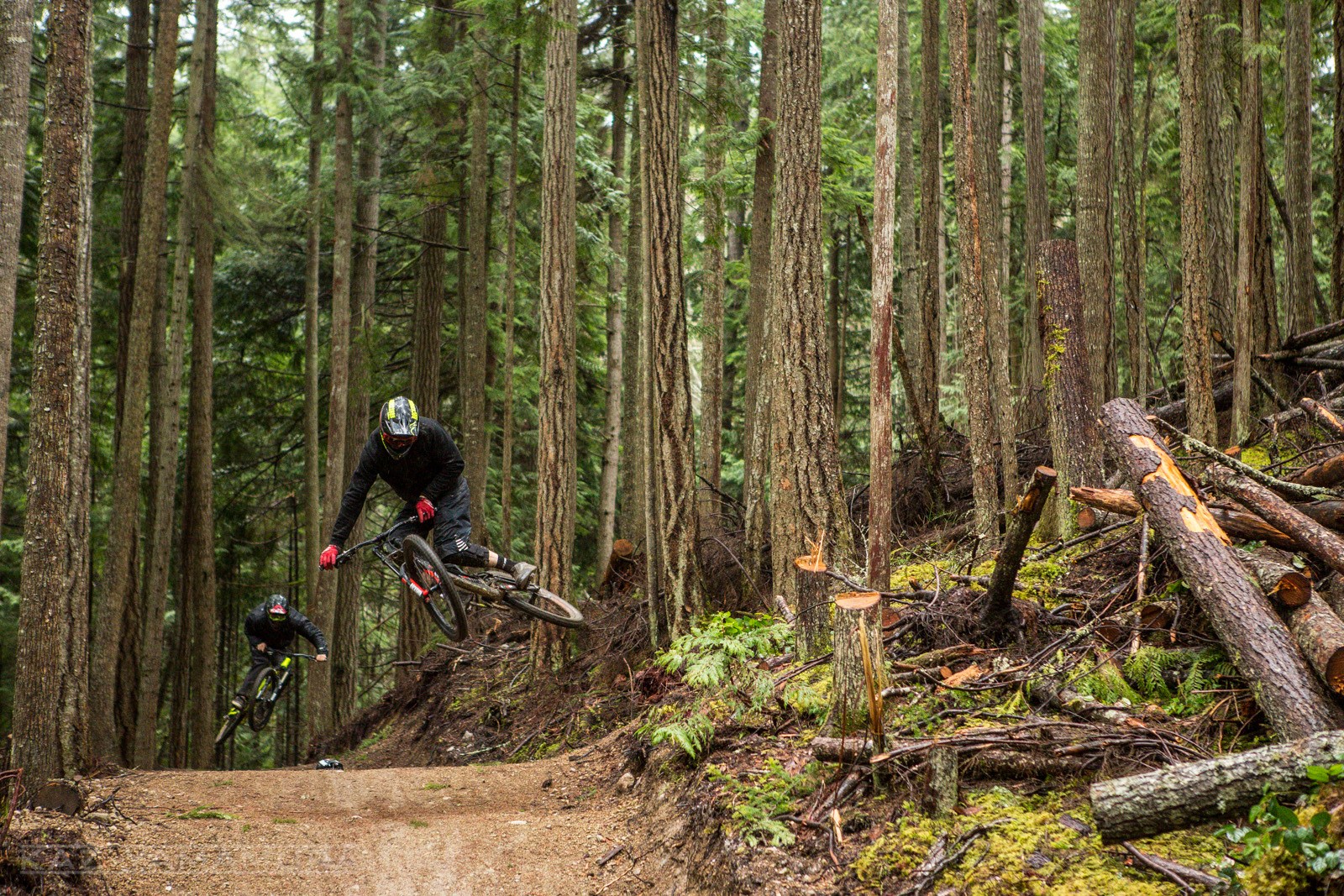 Curtis and Brendan with some great timing. 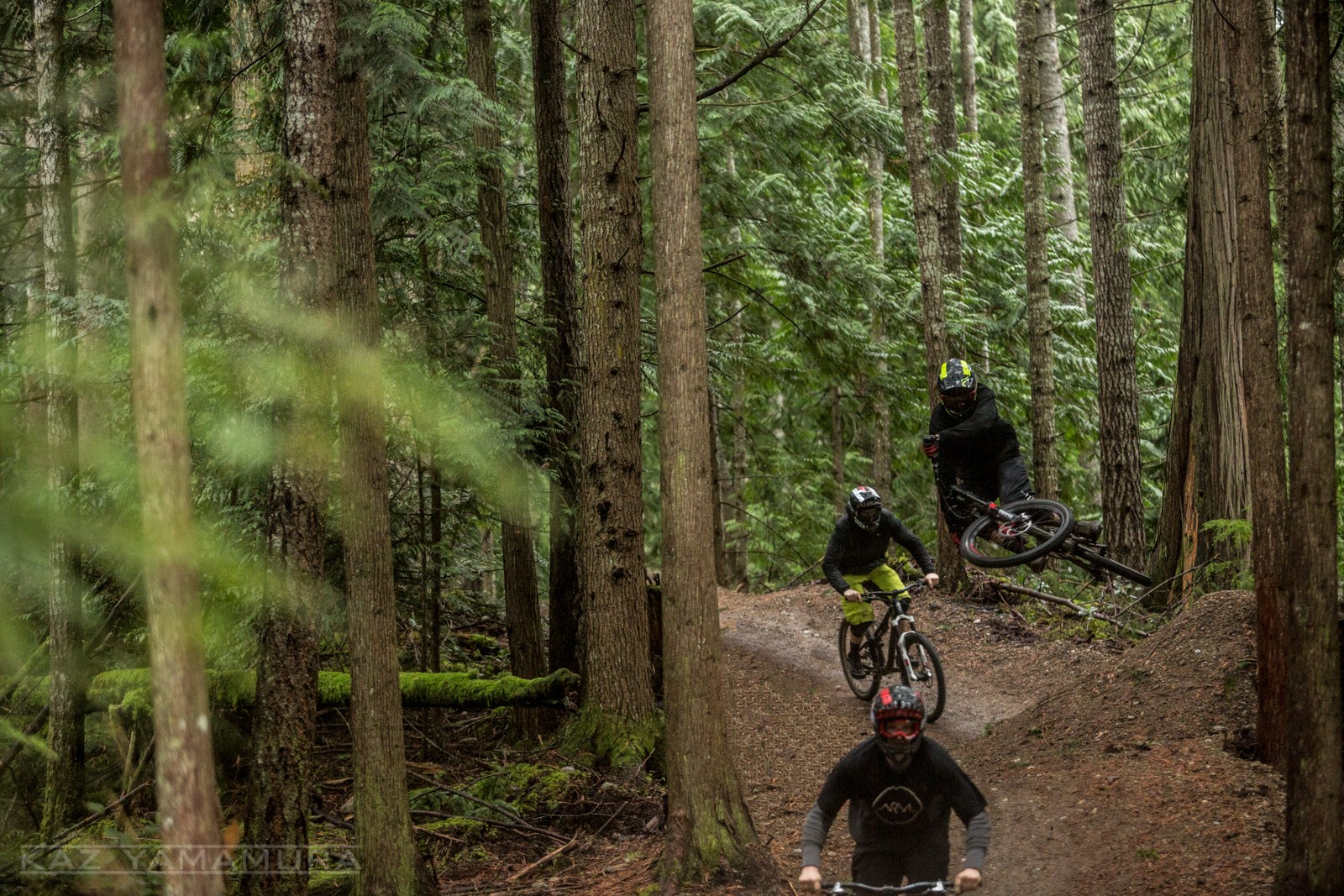 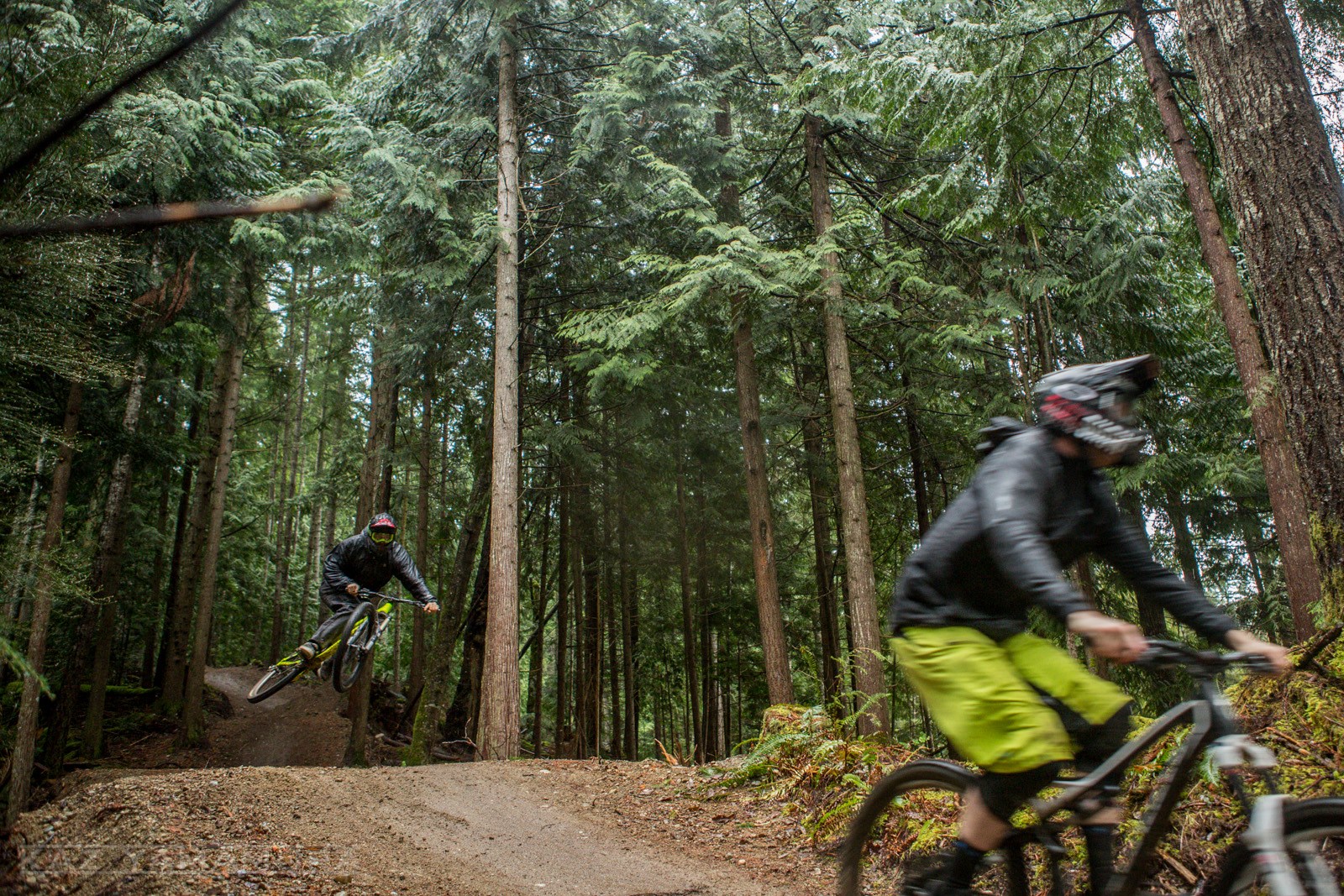 Norbs’ pants match Howey’s bike. No word if they’re applying to be Power Rangers though. 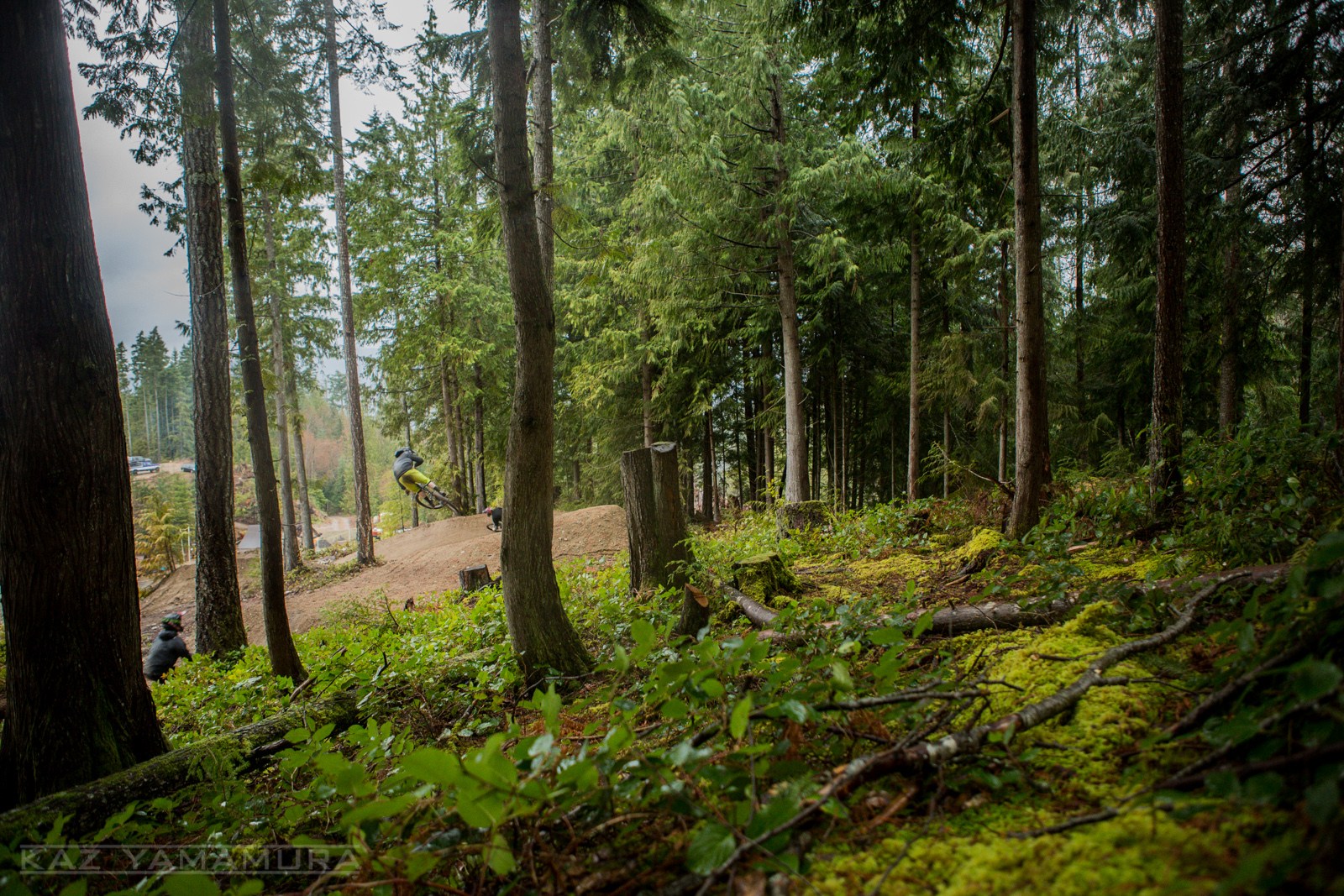 Norbs gets breezy and steezy on the Stumpy. 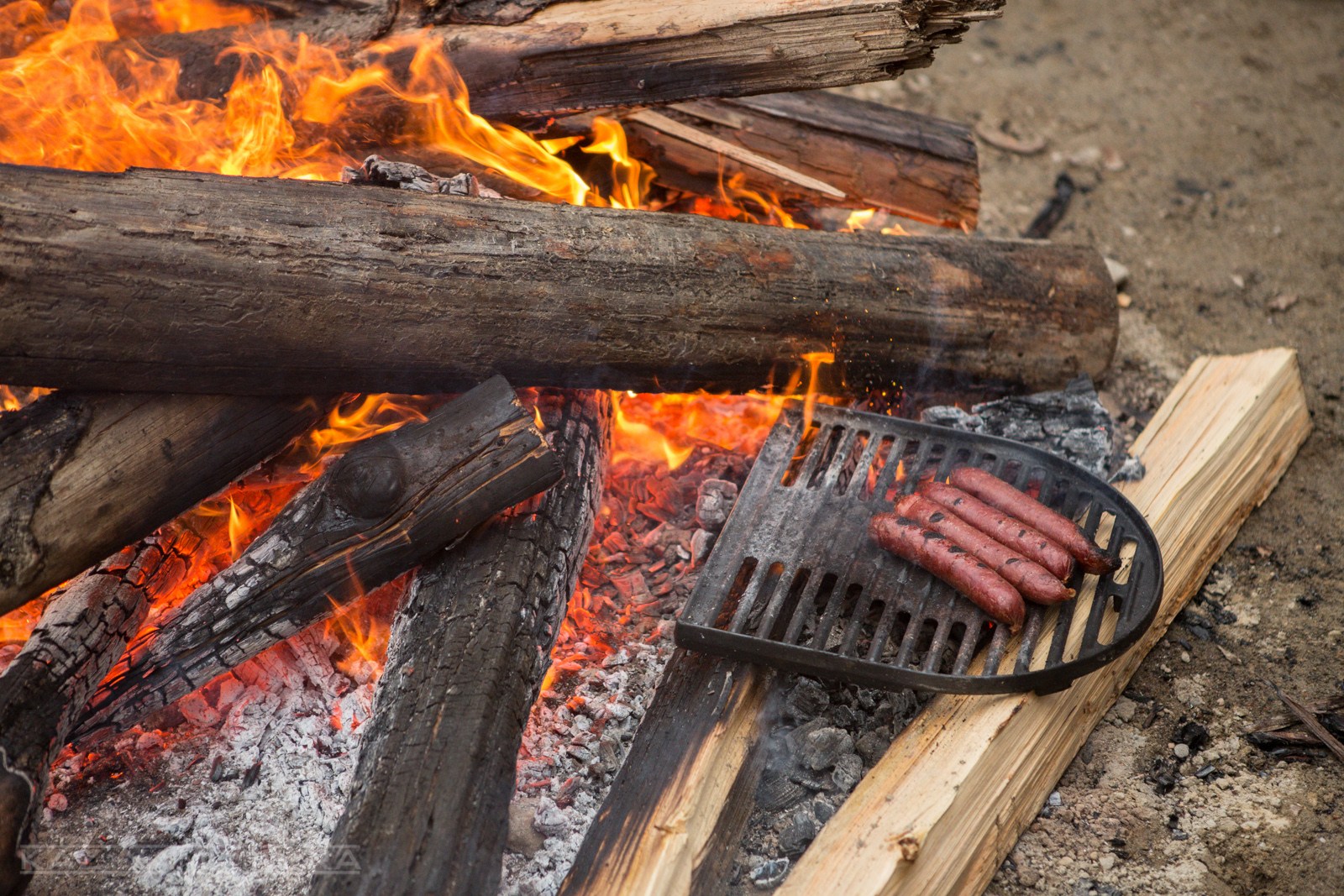 The day ended with smokies around the fire 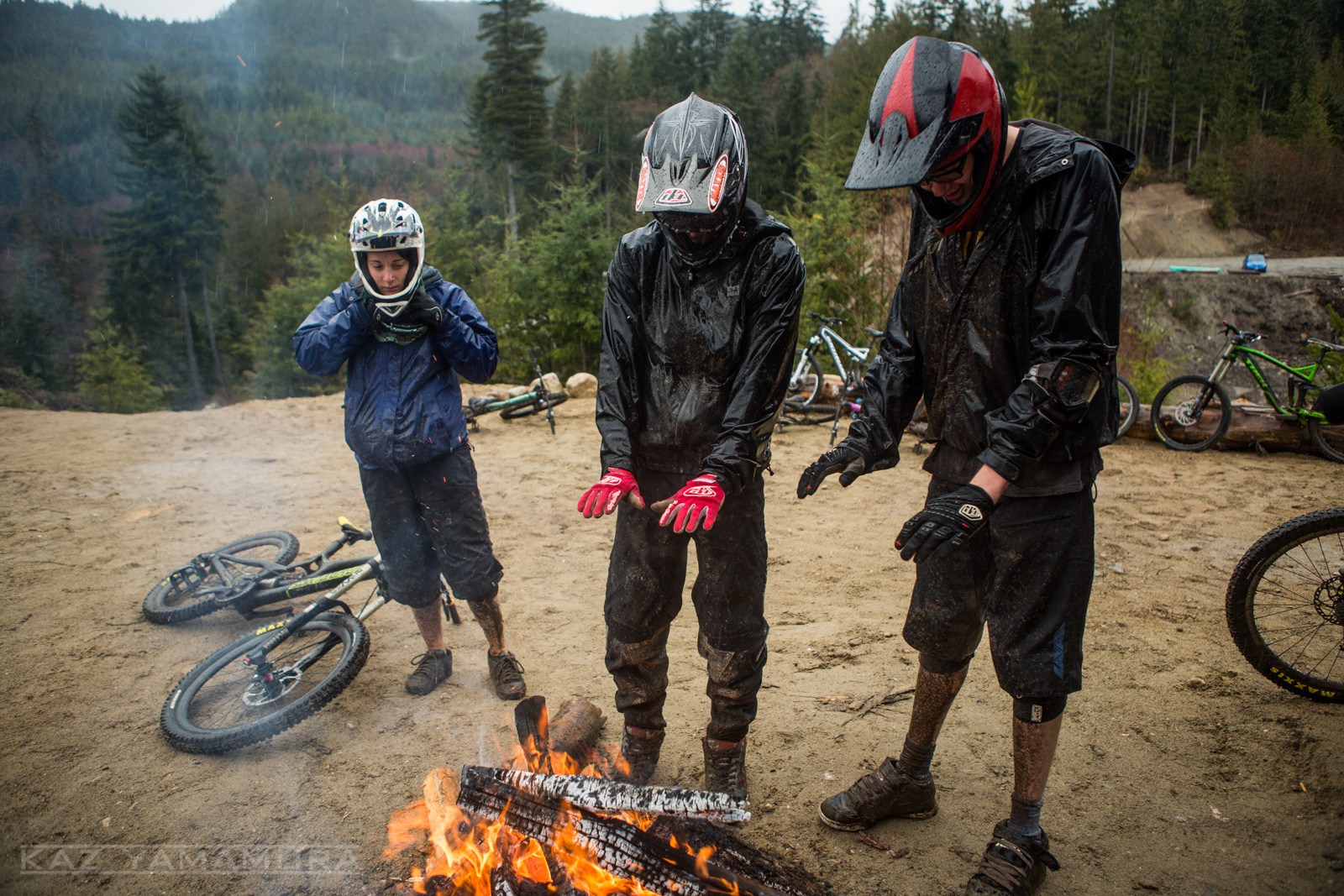 Logan Peat and Evan “Intern” Young drying themselves off 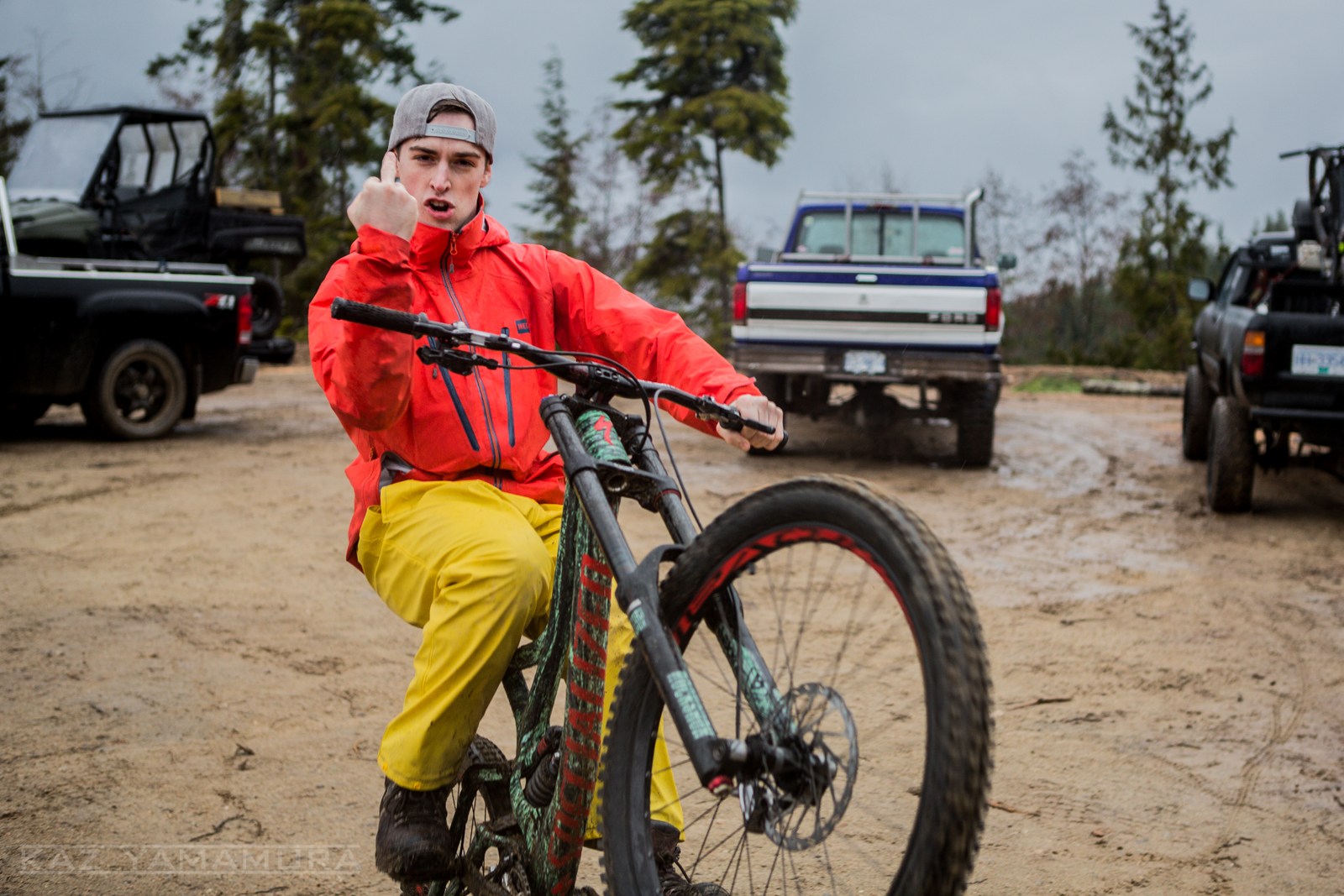