This story actually has a neat twist, in that Matt Brooks at Lone Wolf Productions first encouraged pro sledder Brett Turcotte to get back on his mountain bike after a hiatus – and then lent him is own personal big bike when he’d “outridden” the hardtail. While Brett claims to have been rusty at the beginning of the season, he looks to have lost no ground whatsoever. 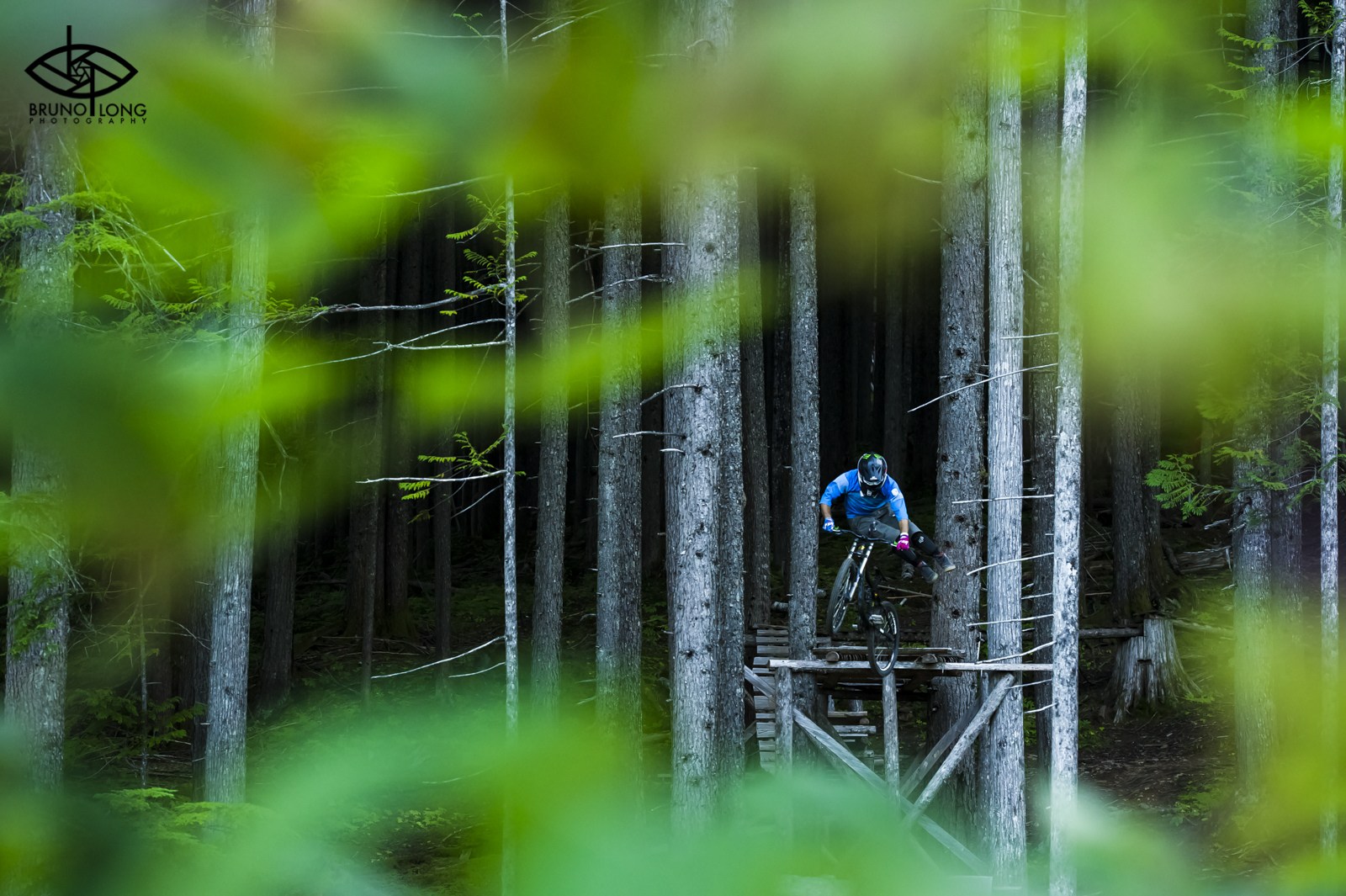 A big bike is light to someone used to sled and motos… and as you can see it won’t just blow away in the wind. Photo Bruno Long.

Another instance where a pro from another sport comes in an rips the shit out of a mountain bike – hell yeah!