While the new slopestyle course at Red Bull Joyride was slightly scaled down from previous years in terms of jump size, the technical difficulty of linking up a clean run still left a lot of riders with less than desired results. Those who could link up a clean top to bottom run were rewarded with the highest scores, but some riders still rose above.

Brandon Semenuk’s second run was smooth throughout to clinch his second Joyride victory, with an oppo double tailwhip and followed up with a regular double tailwhip as just one highlight. Marin Soderstrom’s was in the lead after the first round and had a blazing second run which, just like last year, ended with a crashed 360 double tailwhip; he definitely hurt himself seriously on this one, and we wish him a speedy recovery. Sam Pilgrim yet again proved that if he can stay on the bike, he’s good for a podium run. 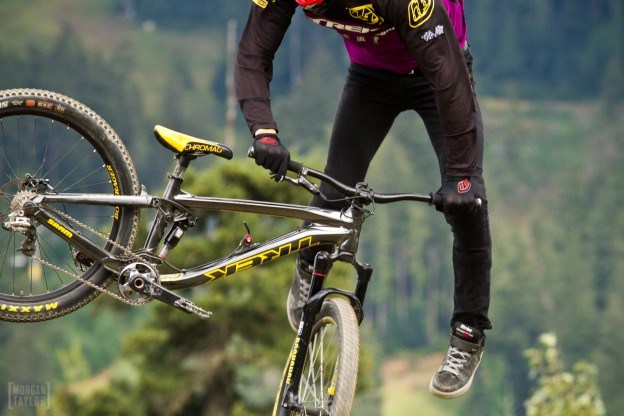 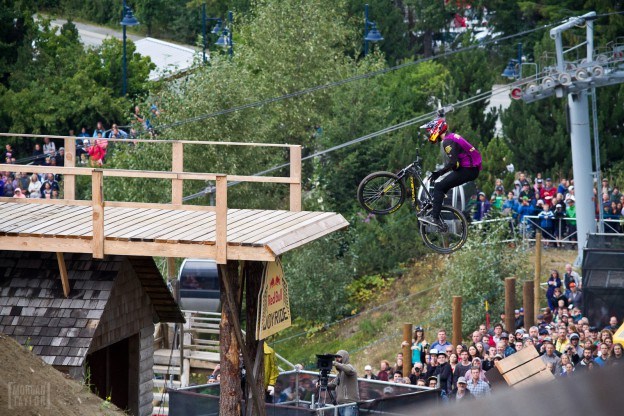 Bar up on to the cabin. 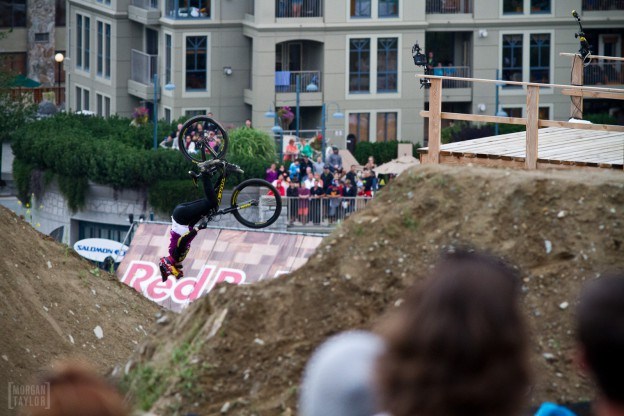 Into the abyss off the cabin. 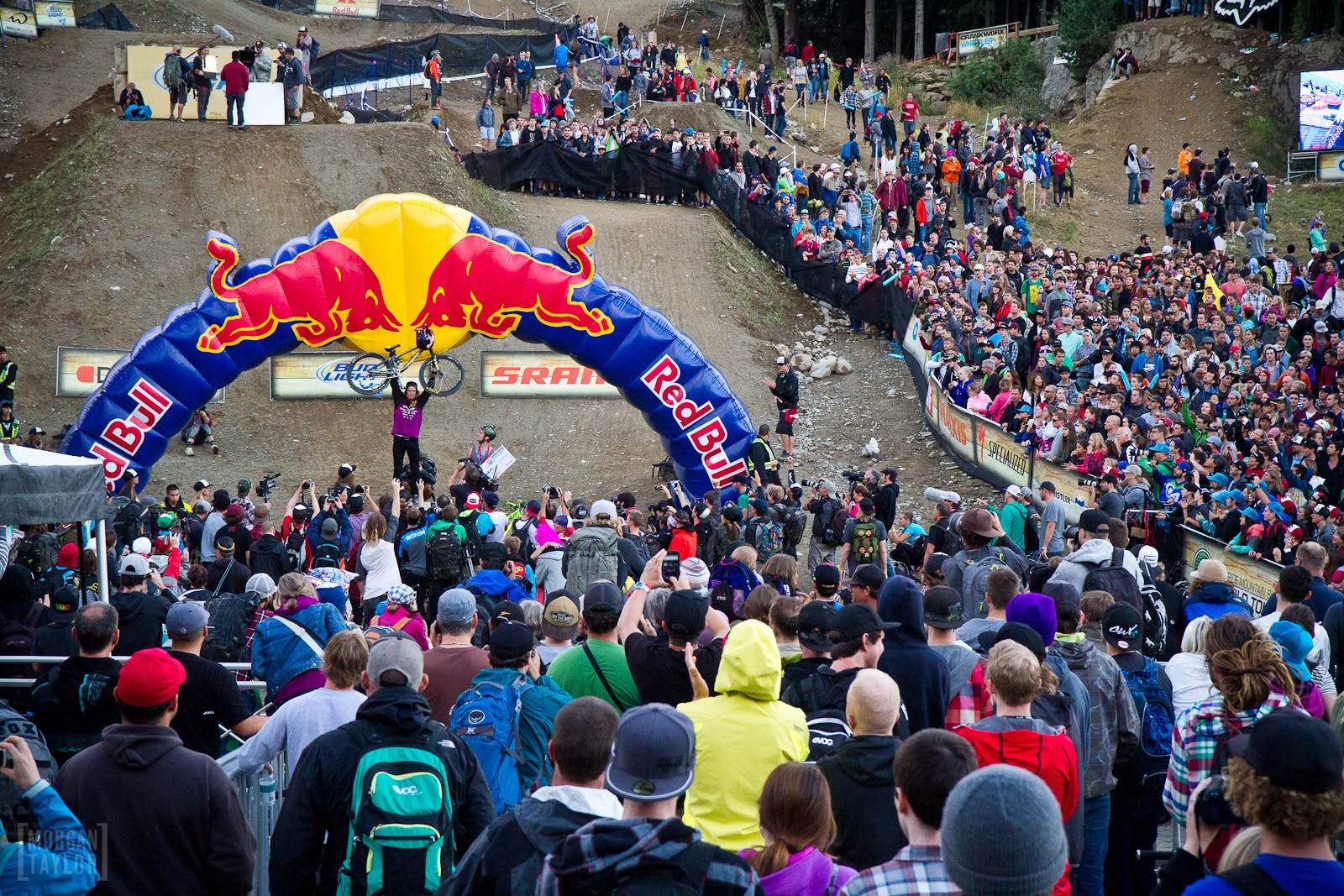 We’ll have a full photo recap for you Sunday, but for now check out the replay at Redbull.com/Bike HERE.

Semenuk takes the title back… but would Soderstrom’s final run have beaten the Whistler local?

Look at the video of Soderstrom…His nose wheelie (refuse to callit nollie) into the first 360 is insane. But check the detail of the rest of the run…he lands way off center on a good 3-4 jumps. I have no idea how he kept his momentum.

Love the first tight shot of Semenuk tailwhipping. Look at him work the rear brake.

Soderstrom upped his first run by adding a triple whip up top in place of a double whip and the 3 double whip at the bottom instead of a single 3 whip. Definitely would have been worthy of that 6.7 points needed to beat Brandon.

Yeah, I think I agree. I'd have to watch both runs again, but Soderstrom's looked pretty nuts. Especially the last trick.

Yup. Soderstrom lands that last trick, he takes it IMO