Bike Yoke Goes Even Bigger With the REVIVE 2.0 and Triggy Alpha

More bikes showing up with with really short and straight seattubes (e.g Pivot Switchblade, the whole Ibis family) now indeed do allow longer posts and short riders in particular will benefit greatly from the development. Short seattubes, however, also mean that tall riders will reach the limit of maximum extension on their post. They might actually need longer posts in order to maintain a proper saddle height for pedaling.

In 2017 the REVIVE 185 was introduced as the longest series production aftermarket dropper on the market and has won not only several reviews and rewards, but also become popular under enthusiasts, pro-racers and testers. Now, a couple of years later, other manufacturers had caught up and even surpassed the former class leader.

BikeYoke now strikes back with a whopping 213mm version of the REVIVE, making it - once again - the longest dropper you can put in your bike. 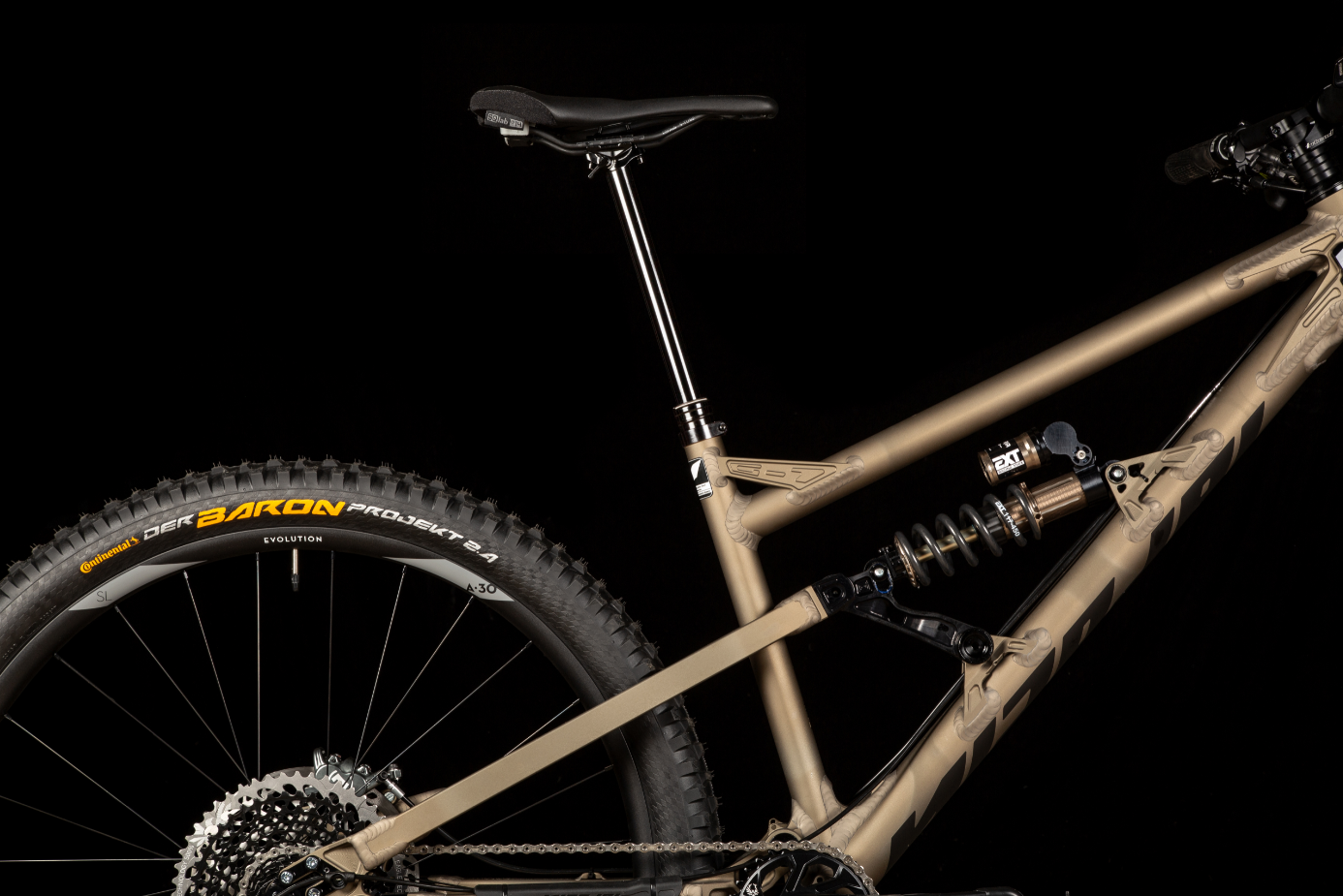 Together with the obviously new 213mm version, the shorter versions also receive minor and major updates, which justify a family rename and make them all REVIVE 2.0. REVIVE 2.0 comes in 30.9 and 31.6, our dedicated 34.9 dropper, REVIVE MAX, will remain as is.

Of course, REVIVE 2.0 will keep the patented REVIVE function and the buttery smooth action of its predecessor.

Now making a 213mm drop possible was not a simple task, and development started already with the launch of the 185mm version over two years ago.

The dramatically longer levers and loads required a complete redesign of the original REVIVE chassis structure, mainly speaking of a new upper tube unit made of one single piece, 3D-forged and precisely CNC-machined afterwards. In contrast to a traditional 2-piece design (head+tube bonded), the one-piece-design allows a defined and orientated but variable wall thickness of the upper tube, making it stiffer and stronger in important load situations. The REVIVE 2.0 213 also gets a noticeably longer bushing overlap to reduce wear.

The shorter 125, 160 and 185 versions remain with their original dimensions, but they will all benefit from the cost extensive 213 toolings and also get the one-piece and hard-anodized upper tube units. 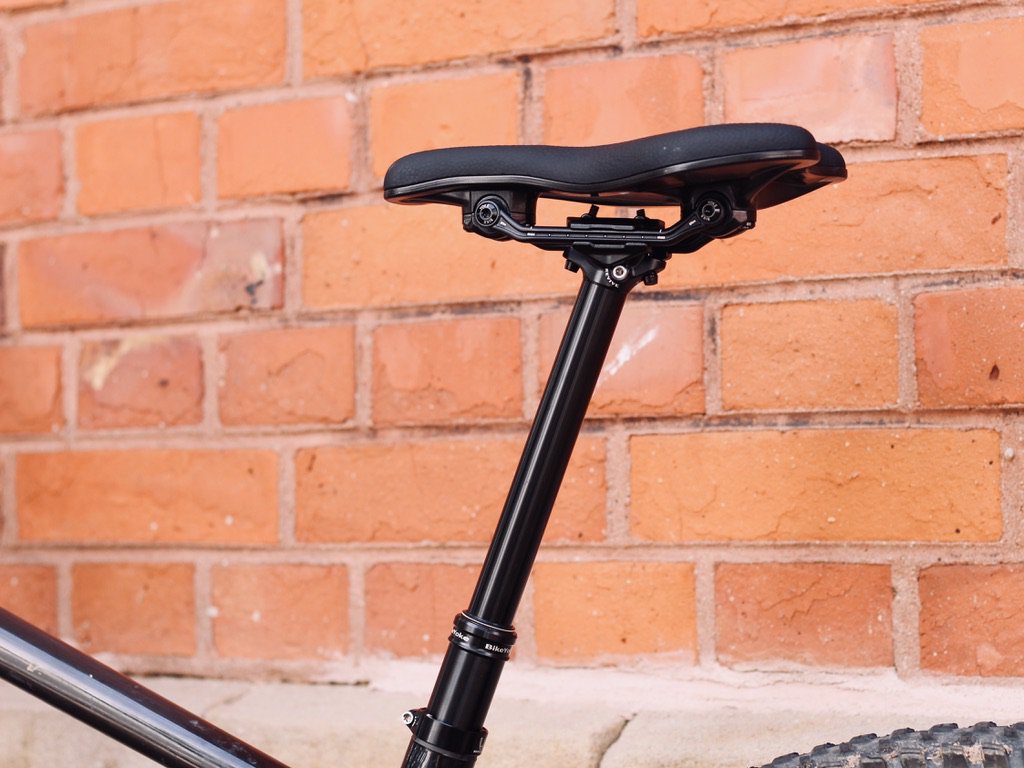 Noteworthy updates on the REVIVE 2.0 include:

Everyone wants to have the latest sh**t on his, bike, right? We know that! Good then, that all the parts of REVIVE 2.0 are compatible with previous models. At BikeYoke we don’t want to forget about our existing customers and so we present the BikeYoke USP:

Basically, the customer books in for a regular paid service at one of our official service centers and they will not only perform a full service, but rebuild the post with REVIVE 2.0 parts without upcharge.

BikeYoke USP is timely limited and more information will follow on www.bikeyoke.com

We believe the name speaks for itself - the new pack leader of dropper remotes.

Over four years after the extremely popular Triggy was introduced, the time has come for a new benchmark. Together with REVIVE 2.0, Triggy Alpha was designed to lead the dropper world.

The video highlights what makes Triggy Alpha stand out among others:

Why All Dropper Posts should be 34.9

That Bronze G1 frame though 😻

Wouldn’t be able to decide between: Bronze, Slate, Black and Raw. 🤔🤦🏽‍♀️

Tough one for sure! That bronze looks incredible.

The best just got betterer. 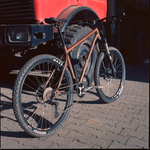 I remember Sacki stating on this very page that a ball bearing is not needed in the Triggy... Also something about posts with less than 34.9mm diameter not being suitable for such long drops.
That being said I am a total fan of my Revive, especially after doing the dead easy service. Will definitely buy the longest one that I can fit in the next hardtail i buy.

We still live in a mountain bike world dominated by 'standards' that were dictated to us by a bunch of lycra wearing, XC race, weight weenies who were hesitant of any tech upgrades that included adding weight to their precious 19 lb, triple chain ring, canti brake, 1.9" tired hard tails.

I ride to have fun and I want to be safe whilst I have fun. An XL 150mm bike that weighs 32 lbs when fitted with sensible (Shore/ Whistler worthy) equipment is what I want and need.

I do not like losing riding time because some poorly designed component, specced by a trail manager who rides flow trails in Laguna CA, has given up the ghost because it was asked to manage 3-4 hrs of trail riding per day (5-6 days per week) in the Sea to Sky. (Note this does not happen to me as I individually choose each component on my bike based on the fact that it has to be capable of putting up with that number of kilometres/ hours without having a break down)

There are some sensible standards that need to be adopted by proper bike manufacturers for real bikes:

38mm seat tubes which allow for 38mm dropper posts (no one is riding seriously on a 30.9mm stanchion forks after all)

UDH as a standard. A certain company told the public that they had specced their 2020 bikes with a UDH but it turns out that they actually designed a UDH2 so that the world stock pile of 1.75 pitch rear axles can be used up. Not cool.

Spherical bearings and bearing in shock mounts so we get smoother and longer lasting rear shocks that do not crap out due to force transfer from linkages or yokes (seem to be the worse offenders).

It would be great if the industry appeared to understand that most riders do not have the means/ space to have two full suspension trail bikes in their garage/ apartment and that an important and expensive part/ component crapping out on their one bike, due to poor design or QC, means 4-6 weeks of NOT RIDING during the warranty process, which is enough to make anyone use caps lock and lose their sense of humour.

BikeYoke rock for pushing quality and innovation and delivering it at a decent price. Also for making gear that is retro-fit upgradeable. Very cool.