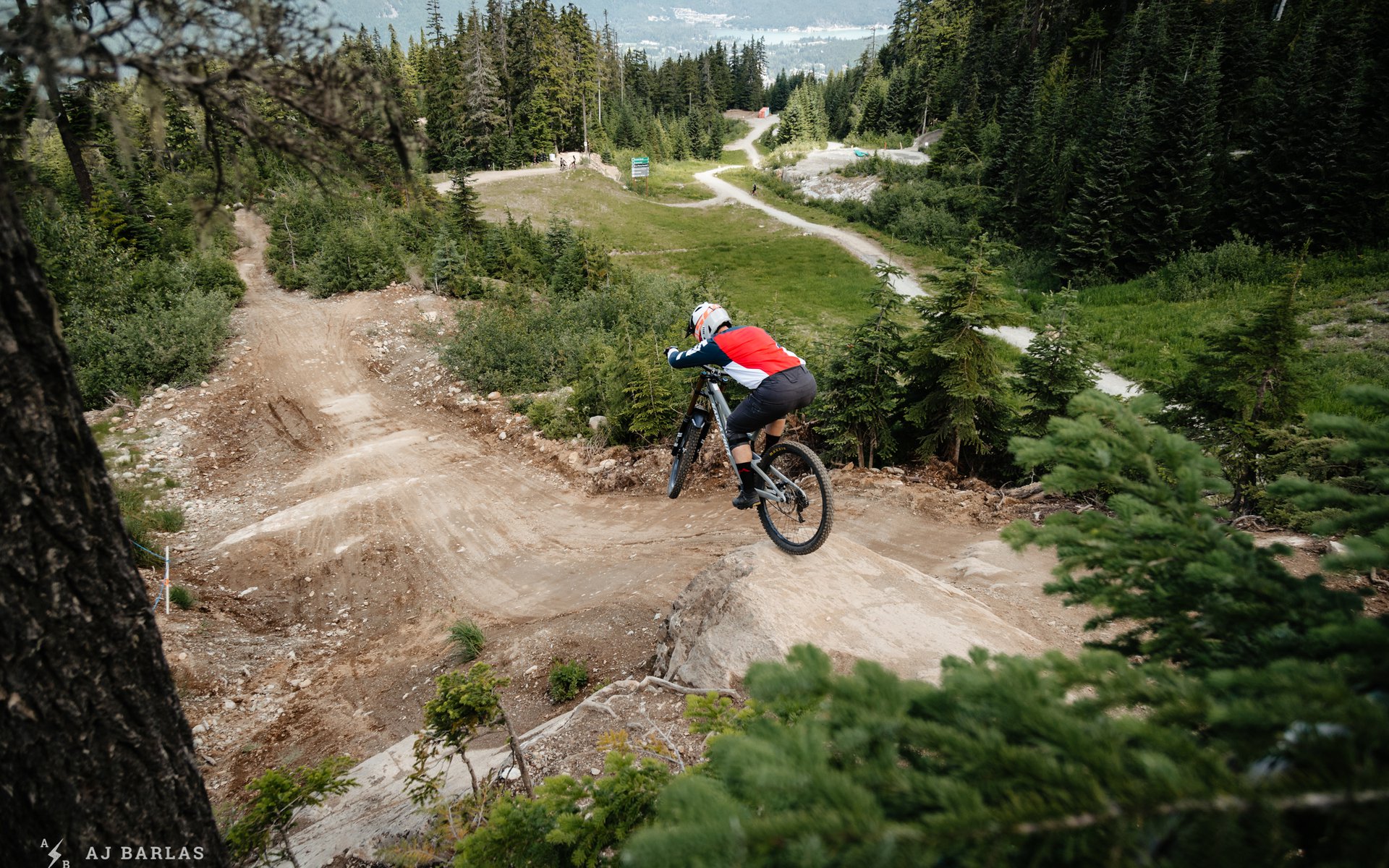 Back for another "Best of" edition, and another opportunity for me to look back at the year that was 2019 and pick out some highlights.

Without a doubt the best and worst week of the year for me was World Masters at Mont Sainte Anne. My article is here. I hurt my neck the week before the race and wasn't sure if I'd be able to race. My buddy Glenn then got hurt practicing on the track a few days before I arrived. I made the most of my time there; hanging out with old friends, making new friends, and meeting people from all over the world that have the same passion for bikes. My neck still isn't back to 100%, but I don't regret the decision to race for even a second. Then the go karting the next day with a huge crew might have been even better than the bike race. #gottabeatSimsy. I want another crack at World Masters, the question is; do I go to France for the 2020 World Masters or wait until I'm 40? 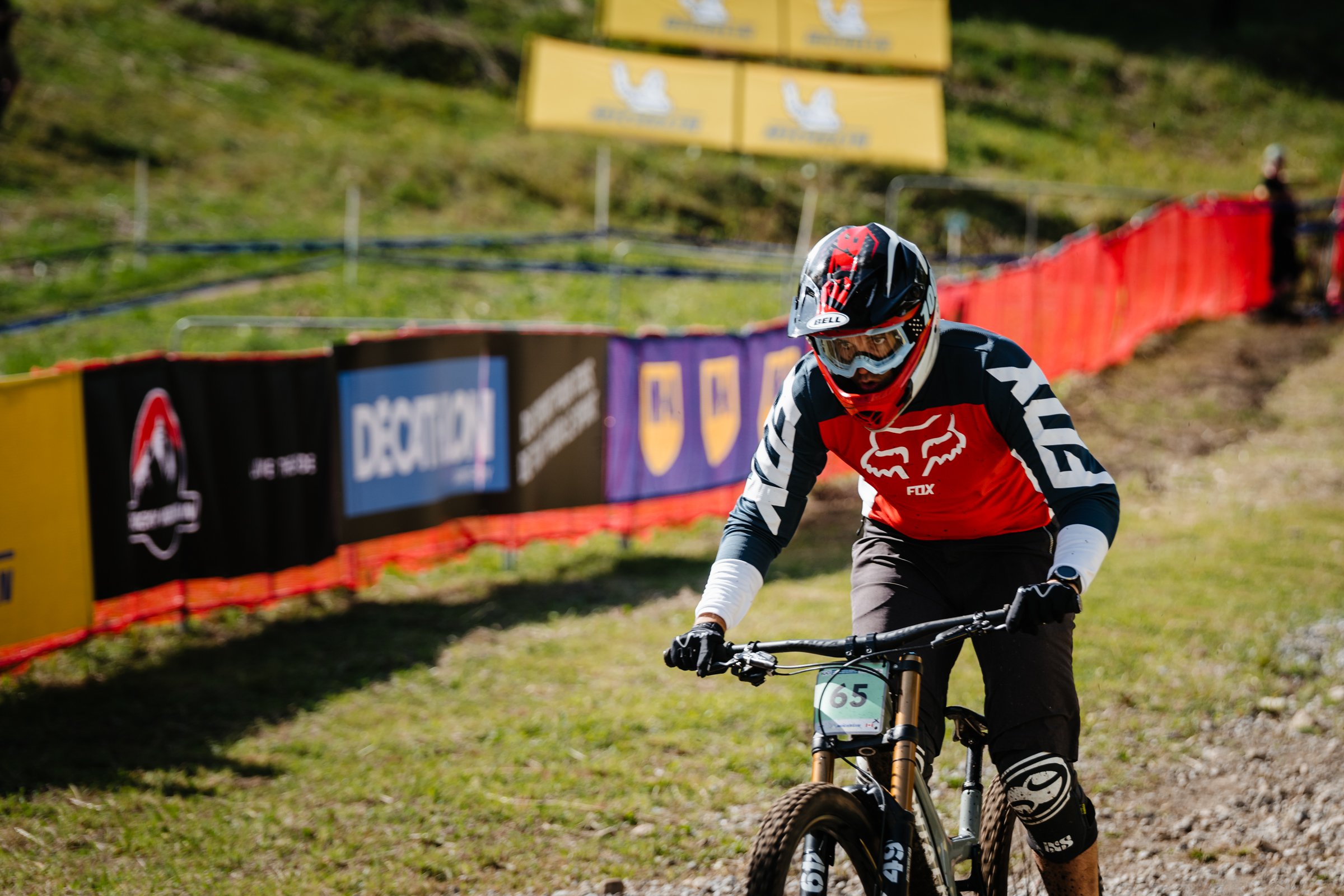 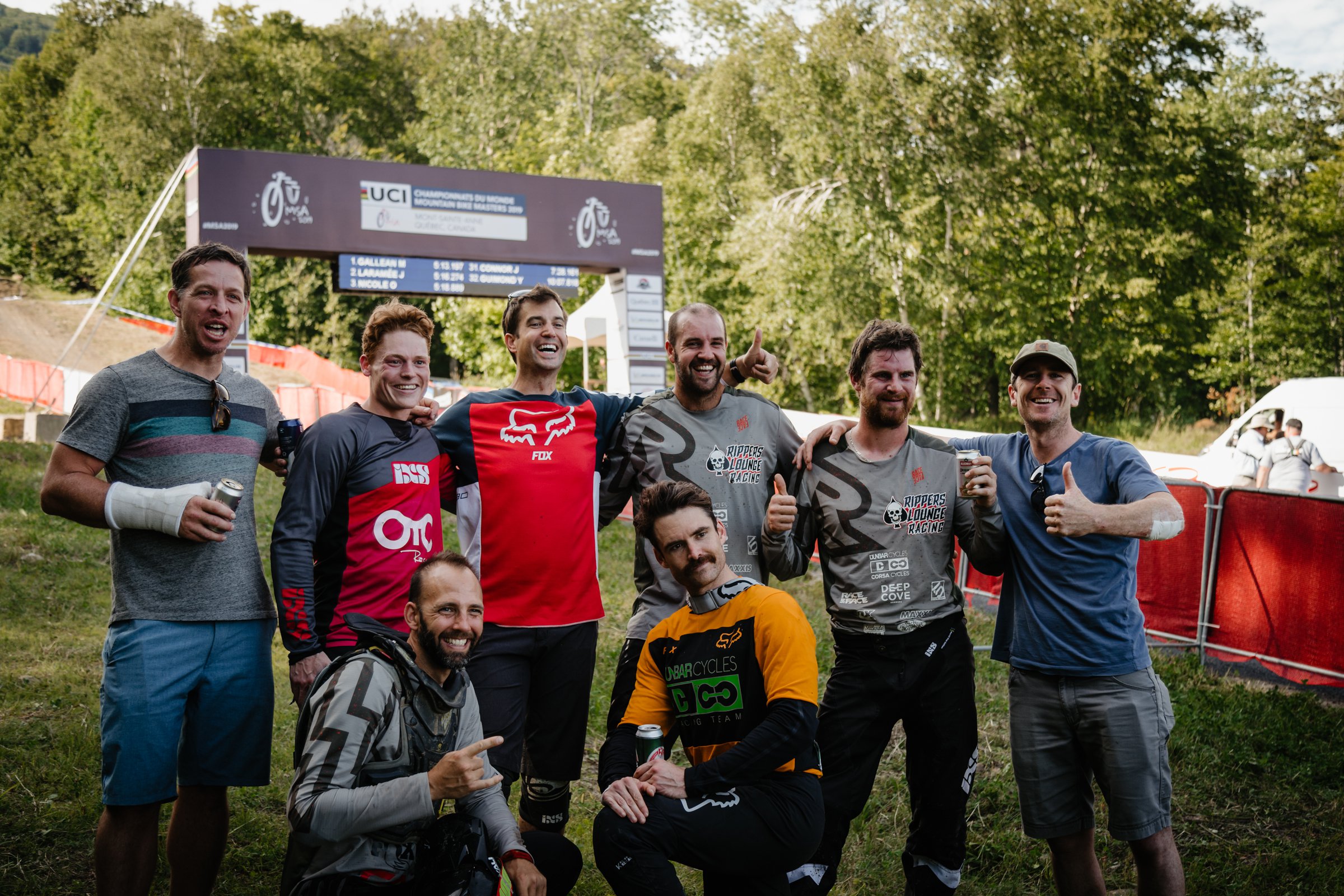 Hanging out with this group of guys was awesome.

This might be contentious on a mountain bike website, but if you didn't watch the Drive to Survive docuseries on Netflix, you should. I'm a big Formula 1 fan and keep up to date with all the drama and politics. Entirely because it's all so fascinating. It's the best soap opera ever. Formula 1 has it all: money, glitz, glamour, scandal, speed, excitement, all wrapped around high tech machines that are designed and built by teams of hundreds of people. Drive to Survive didn't have anything particularly surprising for an F1 fan, but it was a great summary and wrap up of the 2018 season. I had more folks asking me about Formula 1 than ever before, and I hope that gets more folks watching the sport. Drive to Survive Season 2 should be out early next year, and I can't wait, because the 2019 season was awesome.

Talking of the 2019 Formula 1 season, what a cracker. Formula 1 races on Sundays can be a bit processional. This is due to two main reasons; drivers spend all week-end ranking themselves from fastest to slowest, and Formula 1 cars lose cornering speed when they're following another car. However almost every race in 2019 threw up something interesting. The German grand prix, the Brazilian grand prix or the Monza podium celebration were all fantastic. Also being a bit of a Honda fanboi gave me lots of cheer for. The 2020 season can't start soon enough.

I feel like mountain biking's sense of community is hitting its stride here in Vancouver. All the local area clubs seem to be growing in strength. The attendance at the NSMBA AGM was strong. The trails are ever improving. The NSMBA Fivers were all time in 2019, with other clubs like TORCA now organizing similar week night races in the summer. And the best bit, we all saved the teeter totters! YAY! It's great to see and be apart of. I look forward to an even stronger 2020. 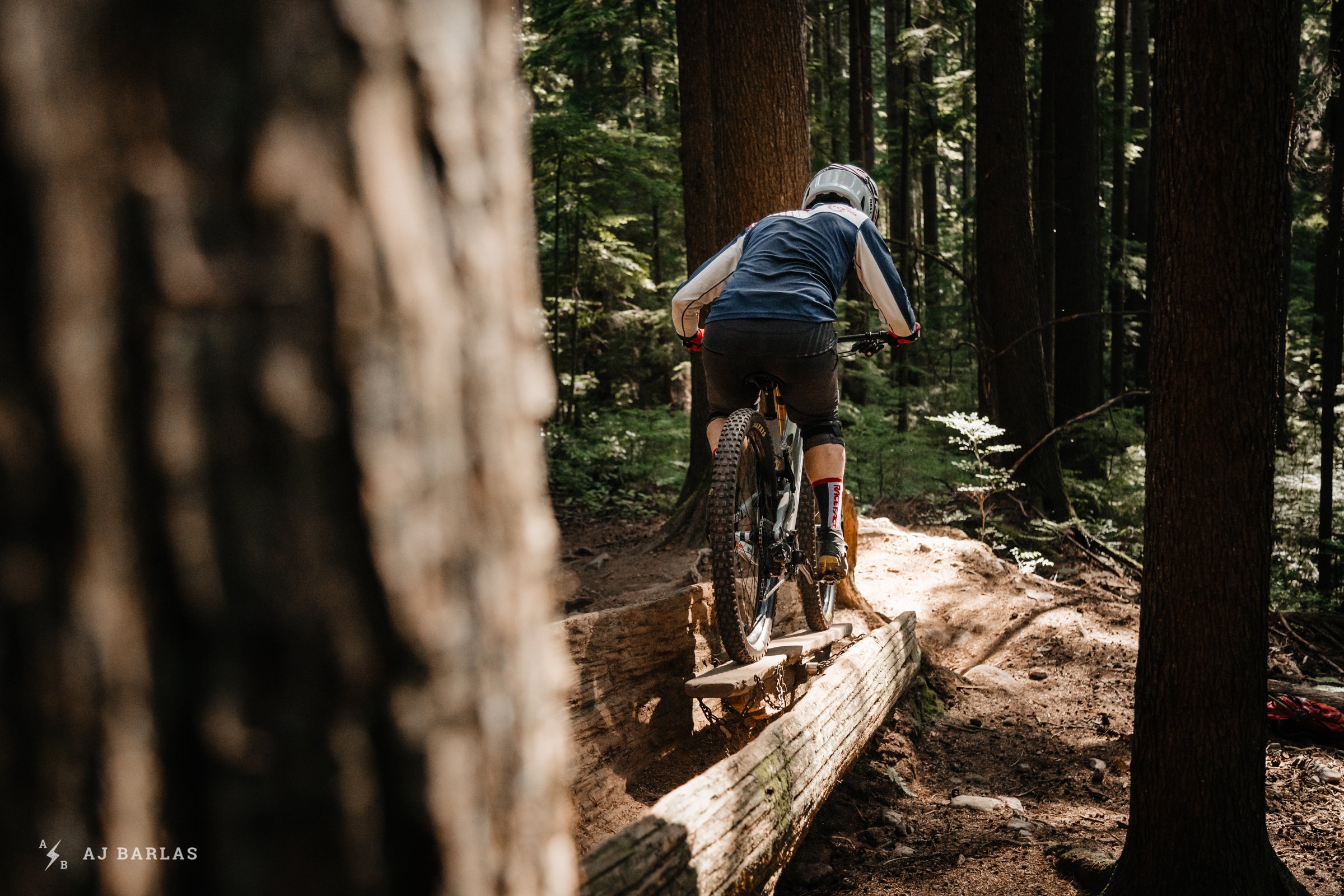 You can't help but smile every time you see these icons of the Shore.

This is tough. I was smitten with theV10 29er. After spending a summer riding and racing the big, wagon-wheeled, downhill bike from Santa Cruz, I didn't want to give it back. I really liked this bike. The geometry was perfect for me, and the bike worked well everywhere. 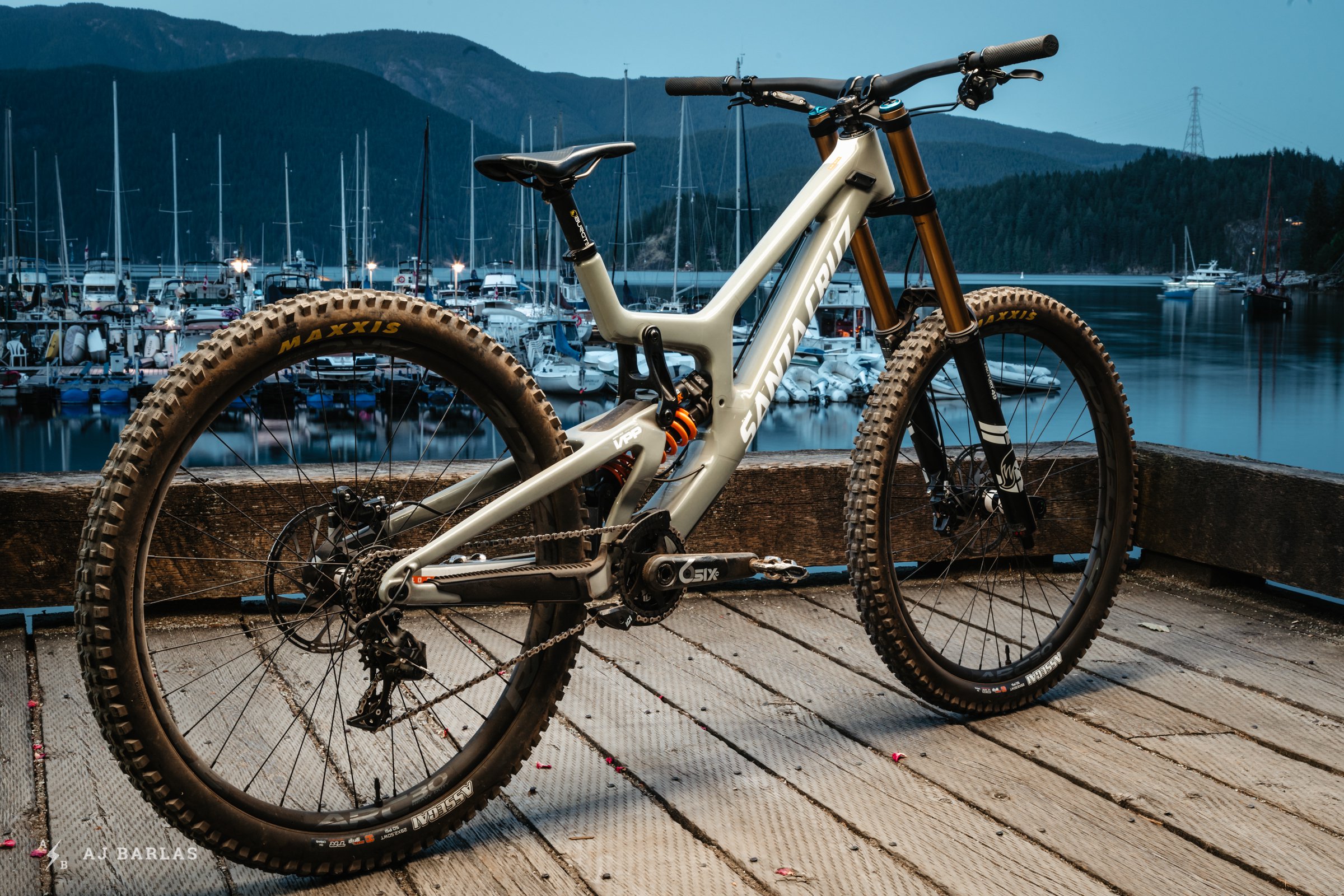 But then I also REALLY liked theForbidden Druid. I can't decide which I liked more. So let's call it a tie. 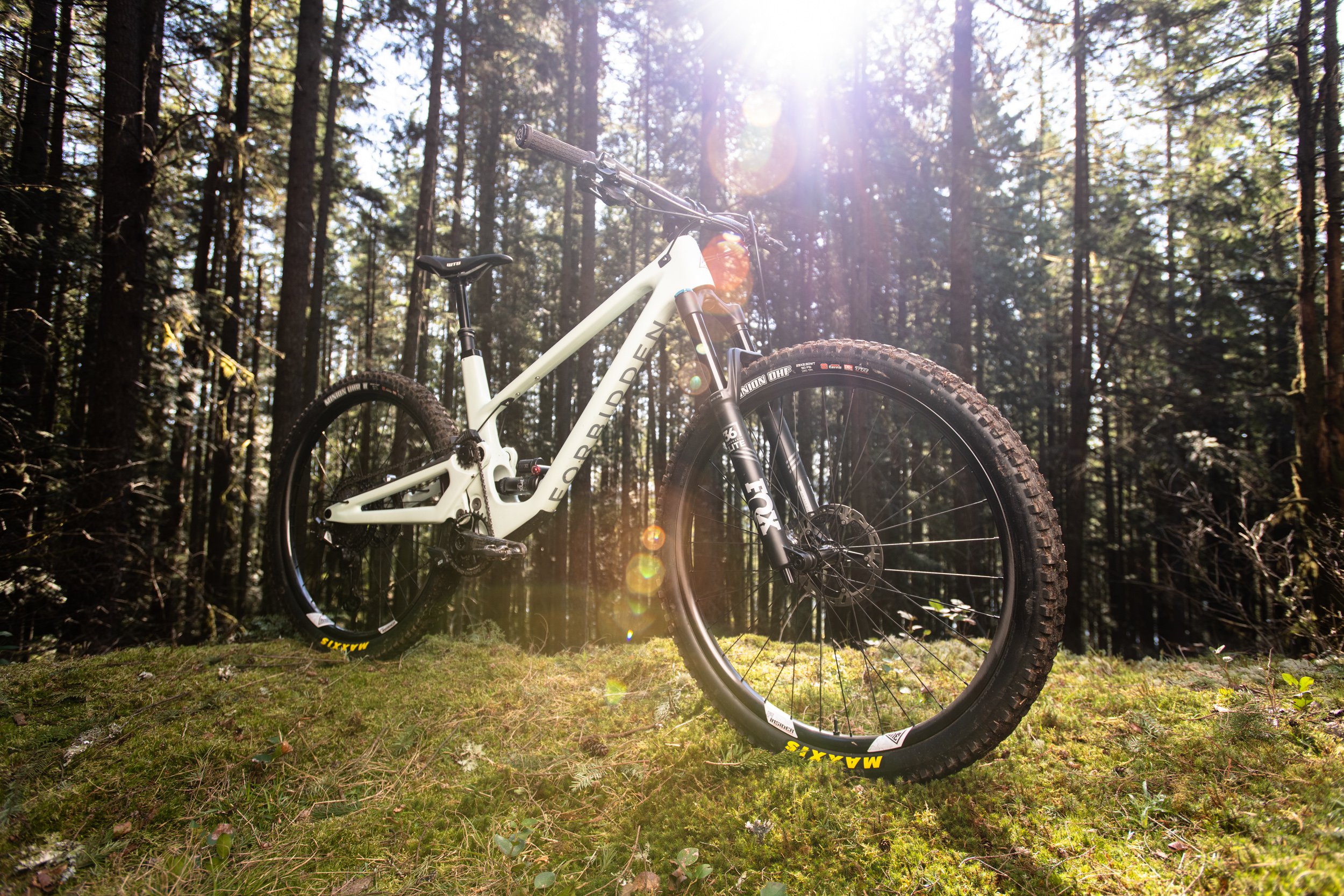 I might have only had the Forbidden Druid for 6 days, but it left a lasting impression.

It would also be very interesting with a gearbox...

the "big things coming" hints they've been dropping seems to suggest we'll see a long travel iteration for 2020. my crystal ball seems somewhat confident, anyways. also have vibes that we'll see a single crown high pivot from norco, though that may be wishful thinking more than anything.

I got the impression that Owen left Norco largely because they didn't want to commit to that platform throughout the lineup. Could just be my interpretation, but it came from the 2018 PB interview:

"Of course, the bottom line counts no matter how big or small a company is, but Forbidden Bike Company's size means that Pemberton doesn't have to compromise as much as he would have if his new creation was joining fifty-plus other bikes in a thick catalog: ''When you're looking to appeal to as wide a range of people as possible, which is what a larger brand always has to be looking to do, then some things just don't make the cut that you might want to do.''

''It could be because it's just going to be a bit different, or because it'll make people question why or what's going on, then it can be too risky to go down that route. That's when we were thinking, 'We can do that now; we're in a position where we can take those risks.''

I have really been wondering the same, and it is probably the only thing that has stopped me from grabbing a druid frame so far.  I know this is a brilliant trail bike and then some... But it would be nearly impossible for me to ignore a 150ish 27.5 bike.  Either a dedicated 27.5 with 160-170 up front, or one that I could run as a mullet with a 150-160 29.    I like 29ers just fine, but for a more aggressive bike that I'm really going to want to live with every day on steeps and anything else I come across I just prefer a 27.5 out back.   The druid is pretty dead perfect as is for its intentions, but for me, for one bike that can punch hard above its weight, and punch fast below, I think that would seriously be it.

Does 20mm really change a bike's capability that much? It's only 15% of the travel, compared to the 8-10" you get from knees and ankles. I bet the Druid is pretty perfect for 98.725344% of the trails most of us in the PNW ride regularly.

In my opinion, both yes and no.  But I'd say that in that specific travel range the differences are considerable enough.  I know the % change is greater the lower the travel numbers are, but I'd argue that the suspension feel changes more and more as you move into the longer travel ranges.  I believe because the available dynamic sag/travel and the way you utilize that travel changes more dramatically as you move up through the range until you hit a point of diminishing returns, which I think would be the area near and greater than 200mm.

I know this is all dependent on the spring curve/leverage rate, but the idea still applies.

Sorry for the rant.   Its an interesting subject, and I think something we all struggle with when visualizing our individual "ideal" bike.

I don't think anyone is wrong here, but I think the particular bikes geometry, suspension kinematics and vertical travel all play a part. The Druid certainly feels like it has more travel than its published 130 mm of travel when descending. I've ridden some bikes with more travel that feel less capable. The perfect Druid+ for me would be a bit more rear travel, with more fork travel, but I'd more so want a slacker head angle than either of those with a touch more reach to increase the wheelbase.

Drive to Survive was fantastic, totally hooked me from being a barely casual F1 follower to a pretty dedicated fan this year. I can't believe I looked forward to waking up at 5am Sundays to watch!!

MotoGP fan checking in.  Thanks for the Drive to Survive shoutout.  Looking forward to checking it out on Netflix!

I'm also a MotoGP fan and watch every race. What a year for the Marquez brothers!

Yup.  Kind of a bummer to see MM so darn dominant, but what an otherworldly talent he has.

I'd like to see a closer fight for the championship this season.

Fully agreed, but what's neat with MotoGP is even when Marc is so dominant, what he's doing on the bike is much more visually apparent than F1. Regardless of whose leading I can watch that man sliding through corners all day long ... and then those saves in 2019!

I've been geeking out on YouTube where a couple of civilians have been invited to drive F1 cars. Their description that stomping on the brakes from high speed with literally all the strength they had to prepare for a turn and the resultant G forces snapping their heads into their crotches was pretty eye opening. Then they find out they only actually hit 75% of max braking force. Knowing the pros do this 10+ times for 90 minutes straight sets things in perspective.

Got any links? I'd love to check that out.

What Pete said, I'd love to see that. Having spent time on a track in my slow ass Honda and being mentally tired after a couple 20 minute sessions at 1G, I can't imagine how tough those machines must be at 4G. Factor in the additional effort of 80kg brake pedal force multiple times a lap, a gorilla pulling on your helmet, multiple brake bias adjustments per lap, engine modes, ERS modes, DRS activation, wheel to wheel racing, calculating lap time deltas of various tire compounds vs. fuel load and tire wear ... and still having the mental bandwidth to watch the track side screens to see where your competitors are. It all seems "easy" from the outside, but those drivers are incredible athletes.

https://youtu.be/BE7mgfwd6M8  this guy is pretty over the top with excitement, but maybe not?

https://youtu.be/nfh-Essrs9Q  this is a different guy but has more actual track footage with audio.

My consensus is that to drive these things at 10/10 for 90 mins straight as well as to operate and adjust car settings, monitor everything else going on around you on track, is basically other worldly. And no ABS or traction control.