Hailed as one of the toughest downhill mountain bike races in the world, the third edition returned stronger than ever to the hills of Dinas Mawddwy in Wales. 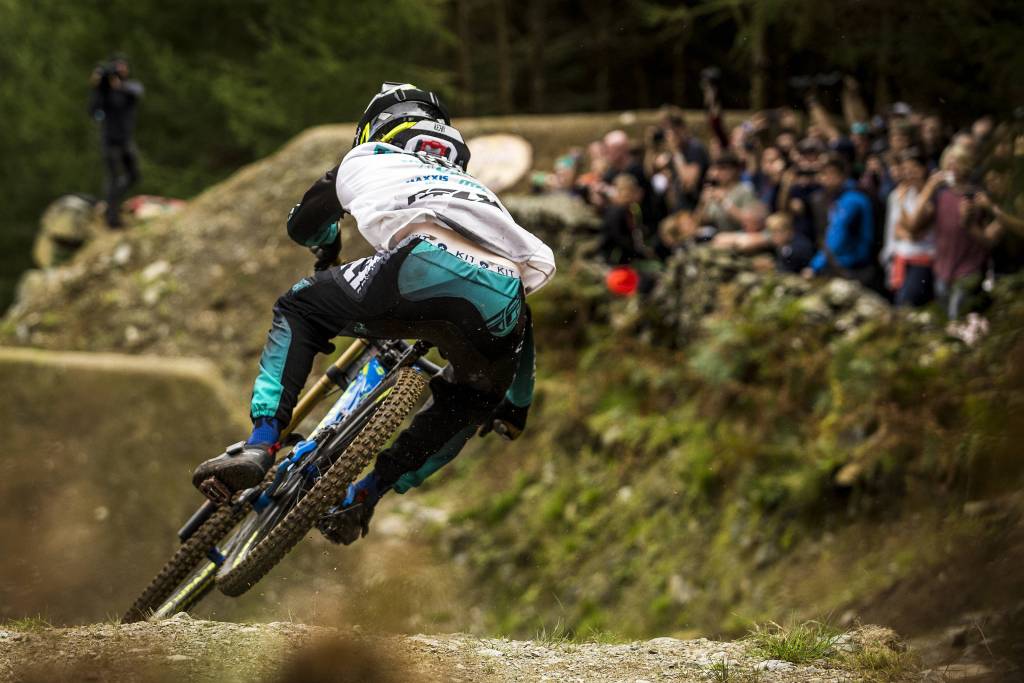 Bernard Kerr, on his way to the top.

Dan’s brother Gee was first down the course and his classy time of 3:35.97 looked like being tough to beat until reigning champion Ruaridh Cunningham edged it out. 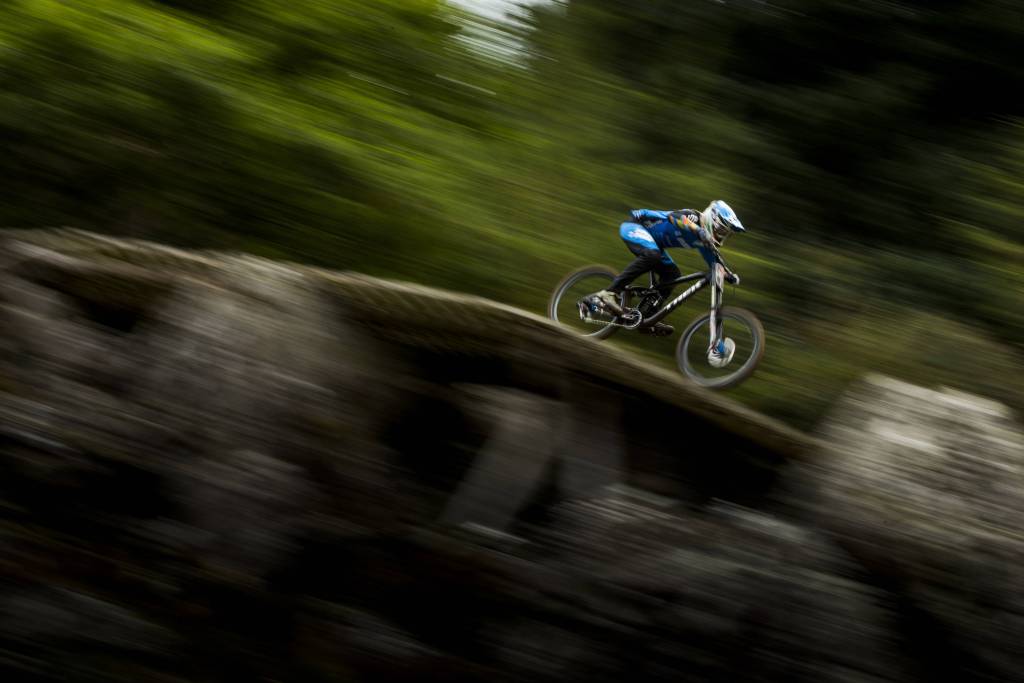 Ruaridh Cunningham was fast, but not fast enough to hang on to the title of Hardline Champion.

Fellow Brit Adam Brayton also managed to sneak inside Gee’s time, leaving them clear of a high calibre field including the likes of Kiwis George Brannigan and Eddie Masters together with Australian Mick Hannah.

25-year-old Kerr was the last rider down the hill and he somehow managed to pull out a course record effort that bested Cunningham’s time by over two seconds. 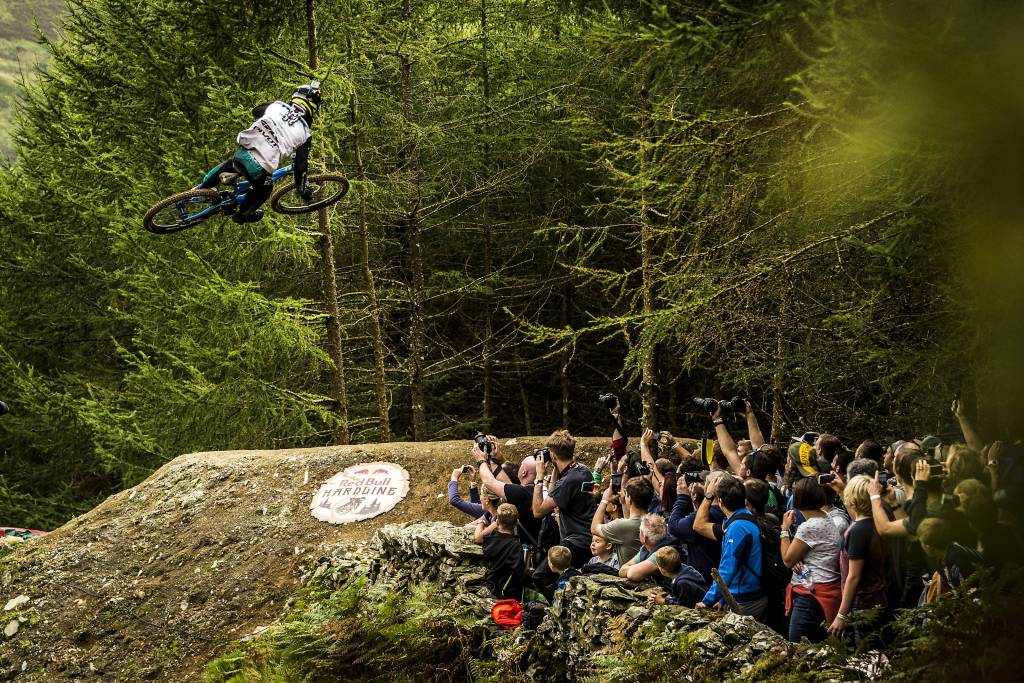 The 2,500 spectators that lined the picturesque course more than got their money’s worth, especially the amazing new jump that Dan created on the edge of the hill.

Kerr said, “I was pretty confident, but I also knew that I could throw it away in a blink of an eye.

“It’s such a good course, with awesome features. You can’t see it down here, but the fog came in right at the last minute at the top, so it was really dark up there. 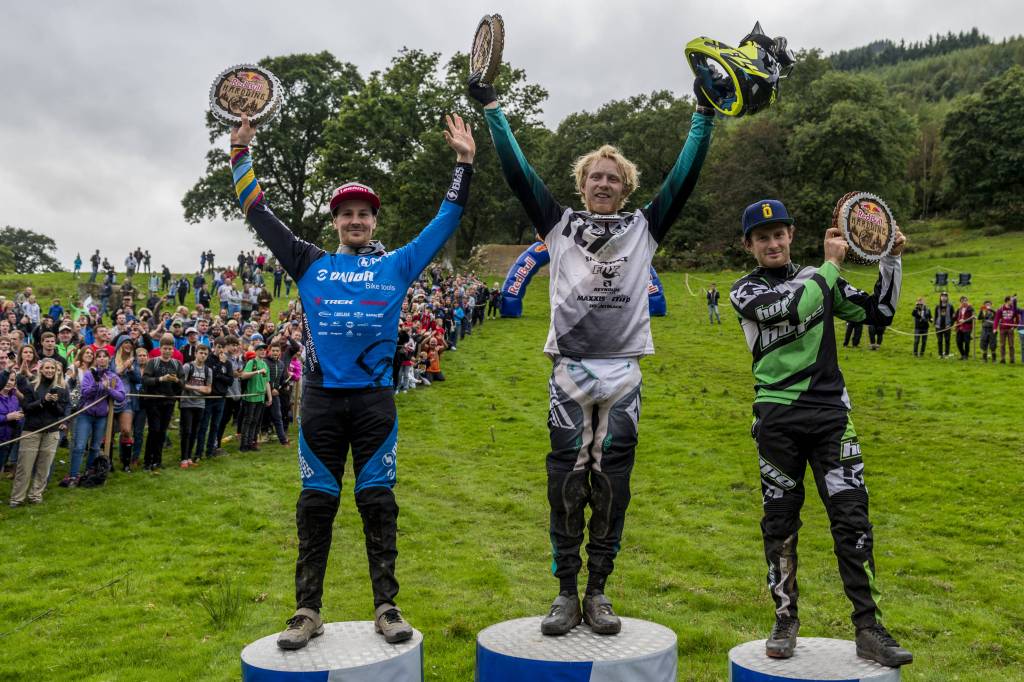 With a blistering fast time like that, who knows if anyone will be able to best it come next year.