Behind the Scenes: The Coastal Crew’s New Movie

In June, I was asked by the Coastal Crew to direct the Whistler segment of their new unannounced full length mountain bike film. Almost every mountain bike movie in the history of the universe has a Whistler segment. Many memorable segments come to mind such as the multi-rider segment in The Collective or the night time Vanderham shoot in Life Cycles. Naturally, it has become increasingly difficult to capture the park in an original way. So, I suppose that’s why they wanted me around. Apparently, I’m creative or something. Although I can’t go into too much detail in regards to the film or why I was there, I did manage to bring back some goodies. After figuring out how to use the shutter option on my camera (what the hell, cameras take pictures too?) I took some stills to get your bodily fluids flowing… whatever those fluids may be. 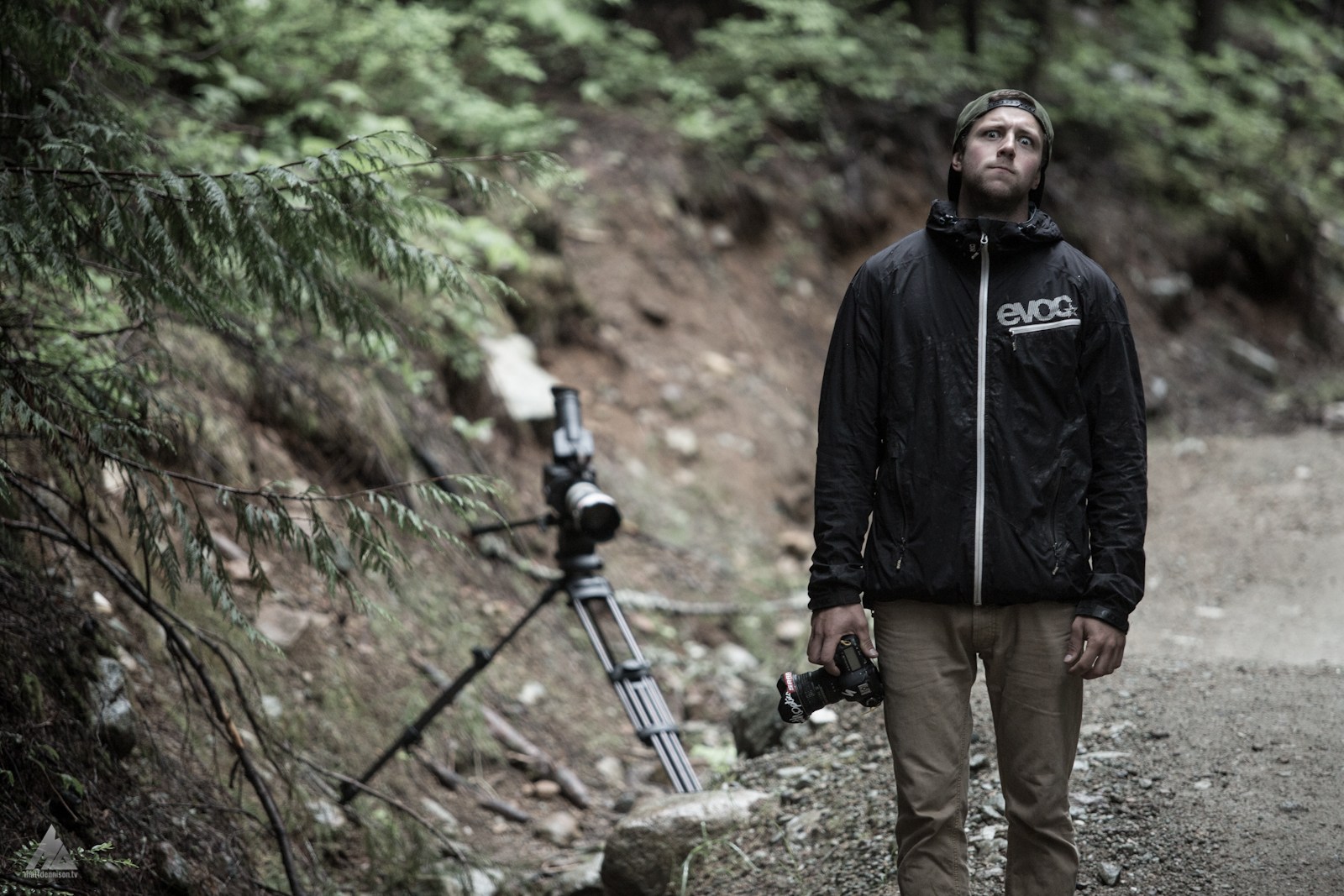 This is Curtis Robinson. Unfortunately, his face was frozen into this position early on in the shoot after witnessing Mitch Ropelato ride his bike for the first time. Get well soon Curt. 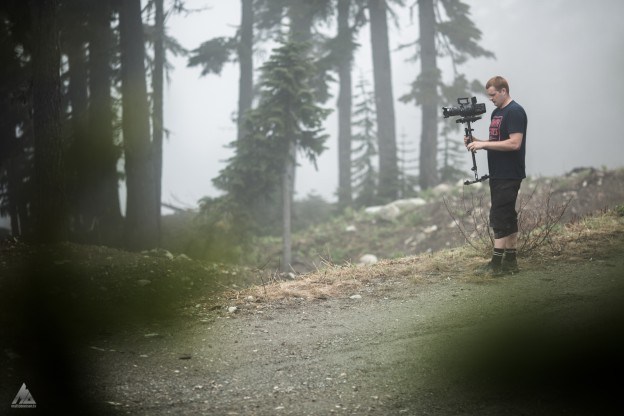 This is Dylan Dunkerton. He makes a lot of the movie magic happen. He can often be heard yelling “GO!” and “NUG ALERT!” 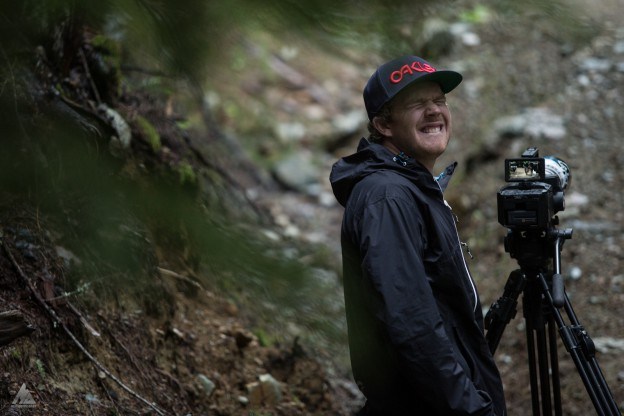 This here is Kyle Norbraten. He was robbed. 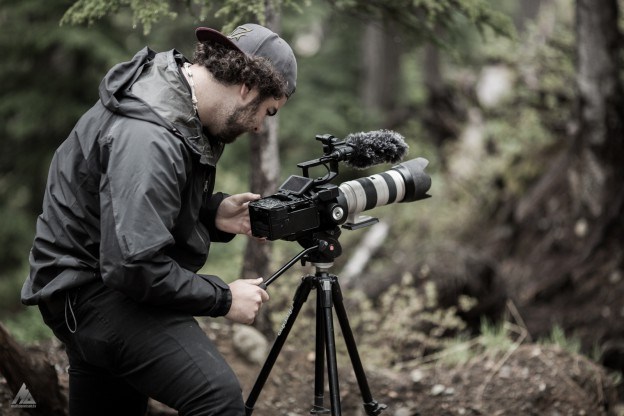 This is Nic Genovese. He’s been shooting with the Coastal Crew for the past year filming principle cinematography and also behind the scenes. Nic will be releasing six behind the scenes videos later this summer. Keep an eye out for the Whistler BTS featuring yours truly. It’ll be the best one, duh. 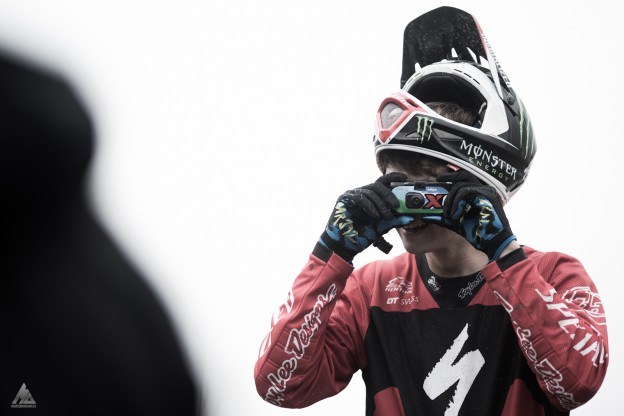 This right here is Mitch Ropelato, one half of the on-screen talent for the Whistler segment. I don’t even know what to say about him. The guy is just so talented on any bike you give him, seriously, it’s crazy. 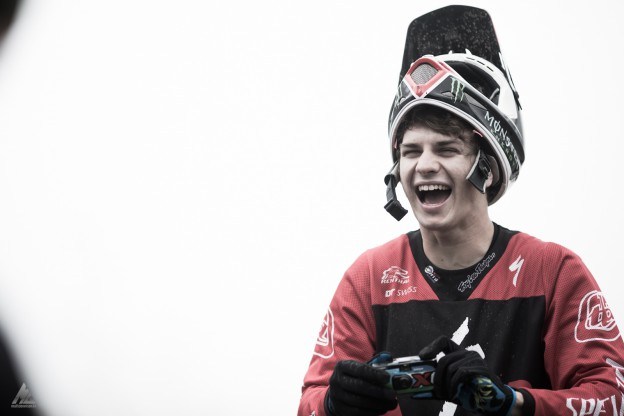 Mitch was using the Sram disposable camera. I wish I had one myself (wish I had him, not the camera). 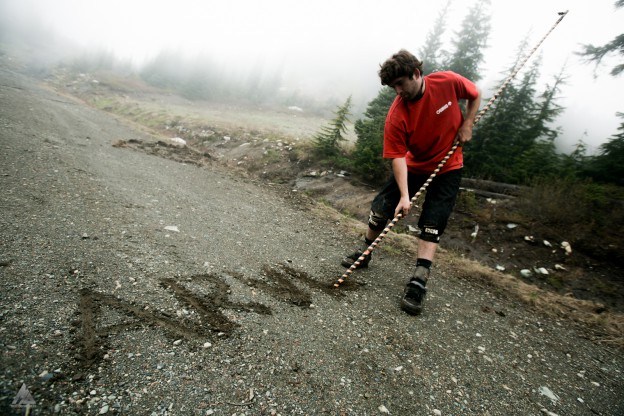 Finally, this is Ryan “R-dog” Howard. He is rumored to have once conducted the Hein Train. All aboard! 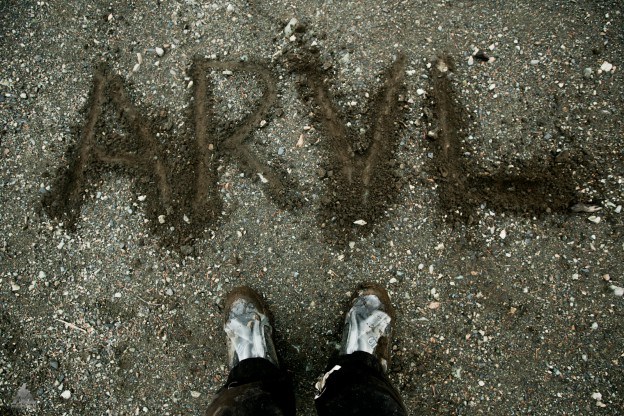 The Coastal Crew has been putting out #ARVL on all their recent content. But what does it mean?!?! 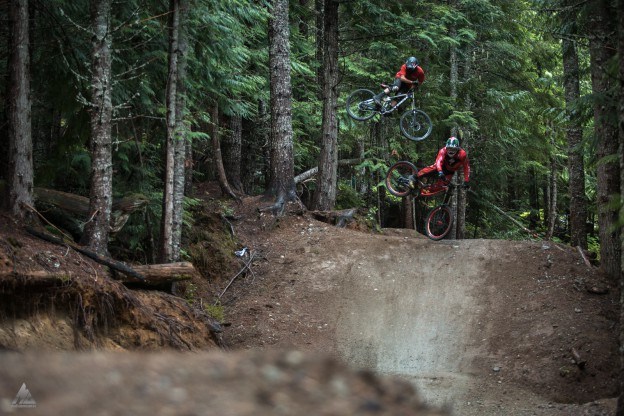 This was the first real shot of the day. It’s always a good feeling to start a shoot with a banger. “NUG ALERT” – Dylan Dunkerton. 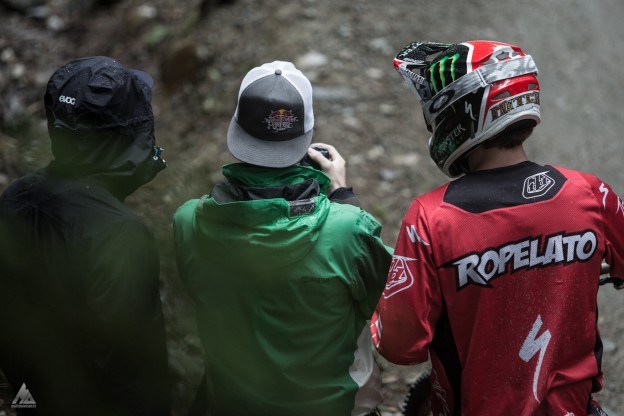 Norbz, myself and Ropelato replaying the nug on the Sony FS700 at a glorious 240 frames a second. 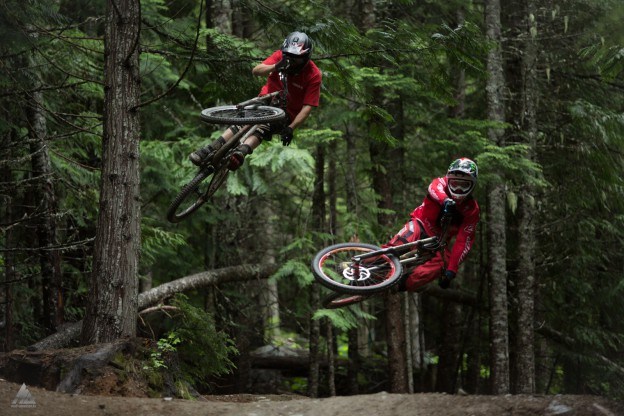 This isn’t the first time this has been done. But damn, I’m not sure I have seen it done this rad. 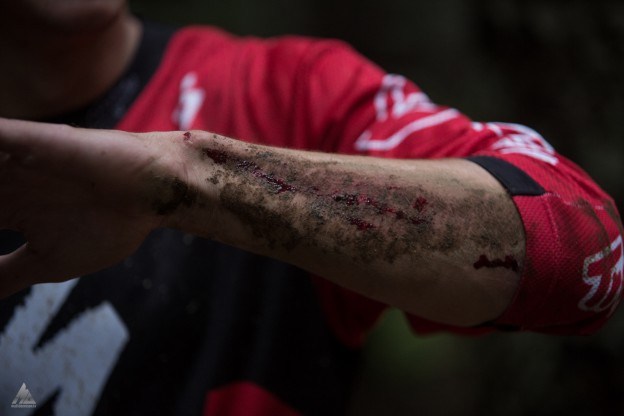 Ropelato got a little too sideways on his last attempt. 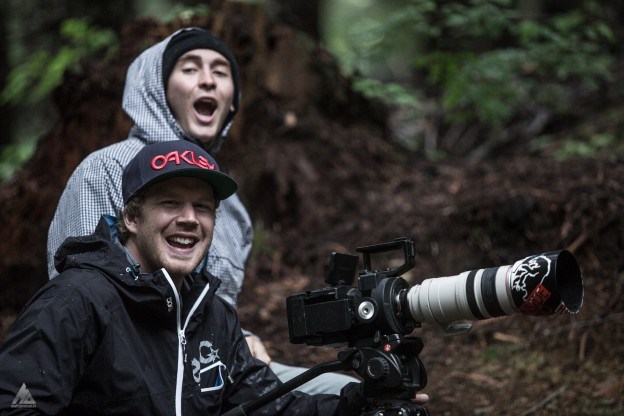 Norbz and Dave, the Crew’s assistant of many ridiculous nick names. If there are two things the Coastal Crew loves, it’s giving people nick names and putting stickers on things. 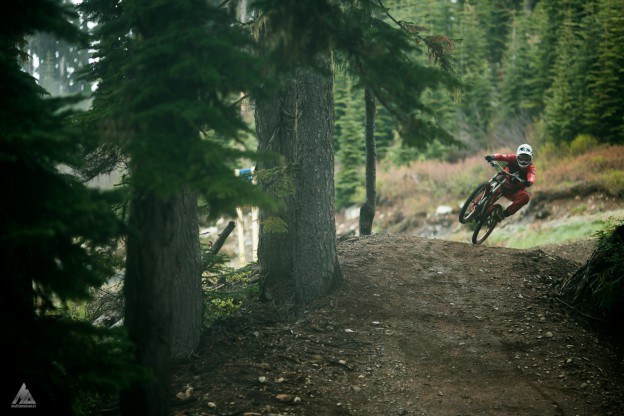 On day two, the Crew drove up to Garbanzo. Luckily it was the day before grand opening so crowds were non existent. 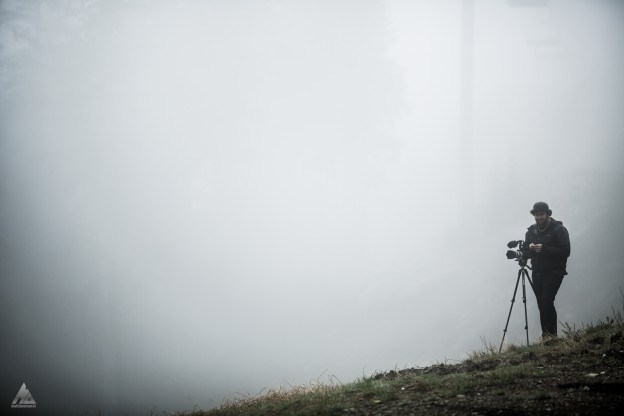 Then the fog rolled in. Conditions were… how do you say…”all-time.” 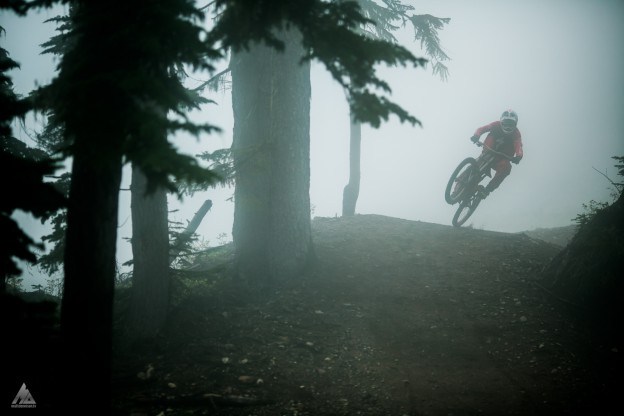 The same shot above but 5 minutes later. 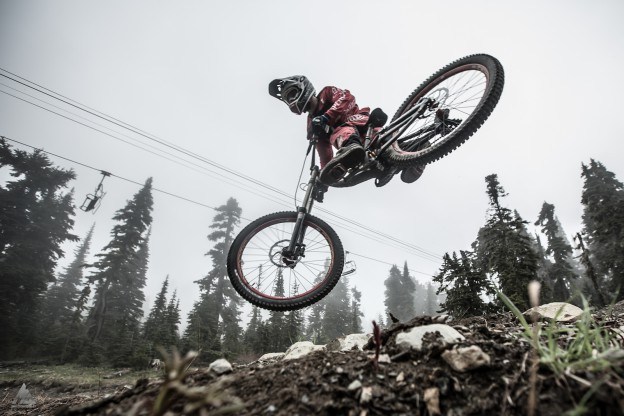 Mitch told us that he once beat professional bmx rider Pat Casey in a best trick contest. Now that’s neat. 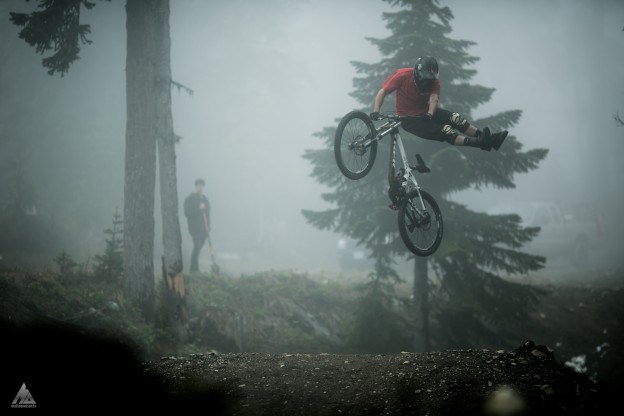 On day one I asked R-dog to do a no-foot can for me, to which he replied, “I suck at no-foot cans.” Ryan is either a) too modest for his own good or b) a bloody liar. 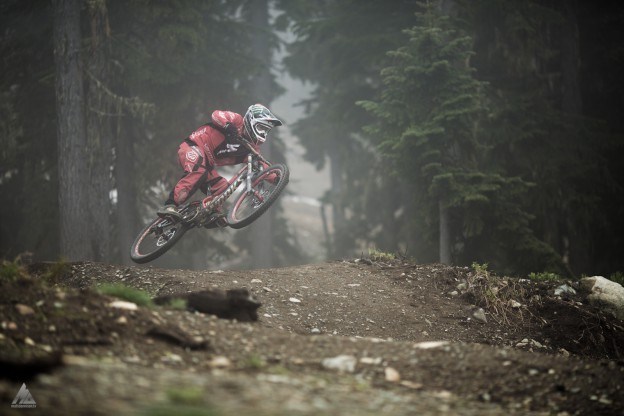 Ropelato can probably no-foot can too. He told us about how he could once front flip as well. I’m actually curious as to what he can’t do on a bike. 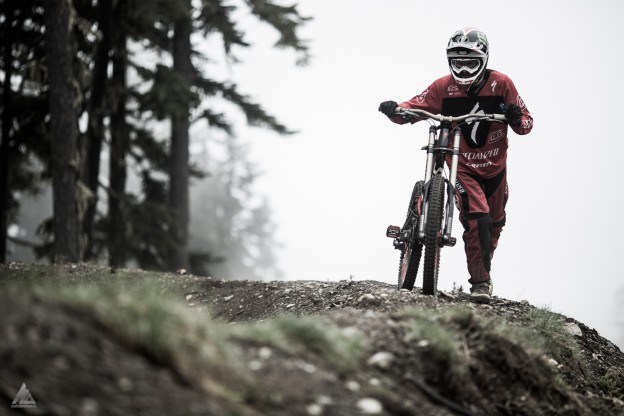 One thing that Dylan noticed on ‘set’ was that everybody involved was passionate and felt the same way about the project. There’s nothing worse than shooting or even just trying to shoot with someone who doesn’t care the same way you do. It’s dreadful, really. When everyone has the same mindset, things just click and ultimately a better product is produced. Fortunately this time around, everybody was thrilled to be putting in work–especially R-dog and Rope-dog. 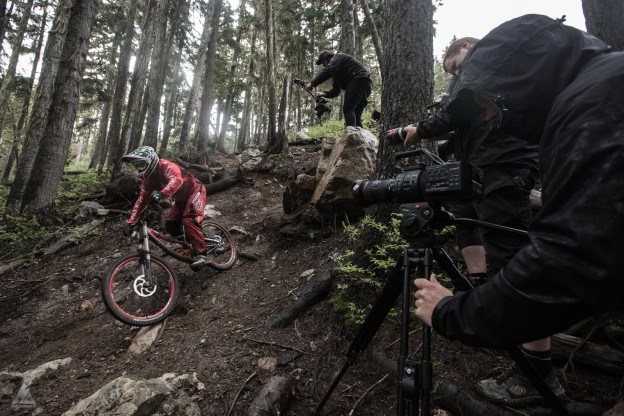 Seriously guys? Three angles? What is this the Stanley Cup final? Just kidding, the more the merrier, right? 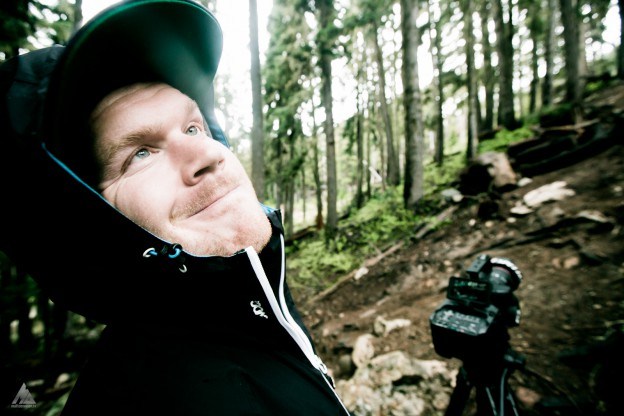 Norbz ran into the same problem Curtis was having. Get well soon! 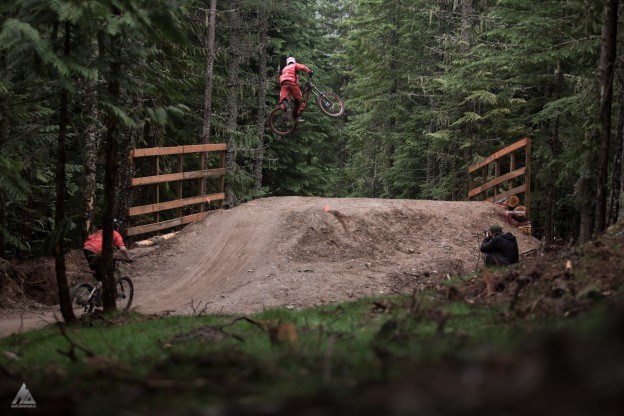 Mitch does a fat nac nac on a new lower A-line drop. Perhaps you understand why people’s faces were freezing. 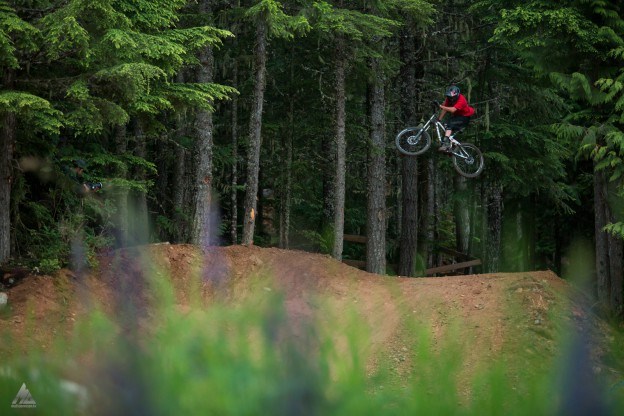 R-dog boosts the final A-Line jump as Genovese subtly ruins my shot. Those video guys sure think they are hot stuff! 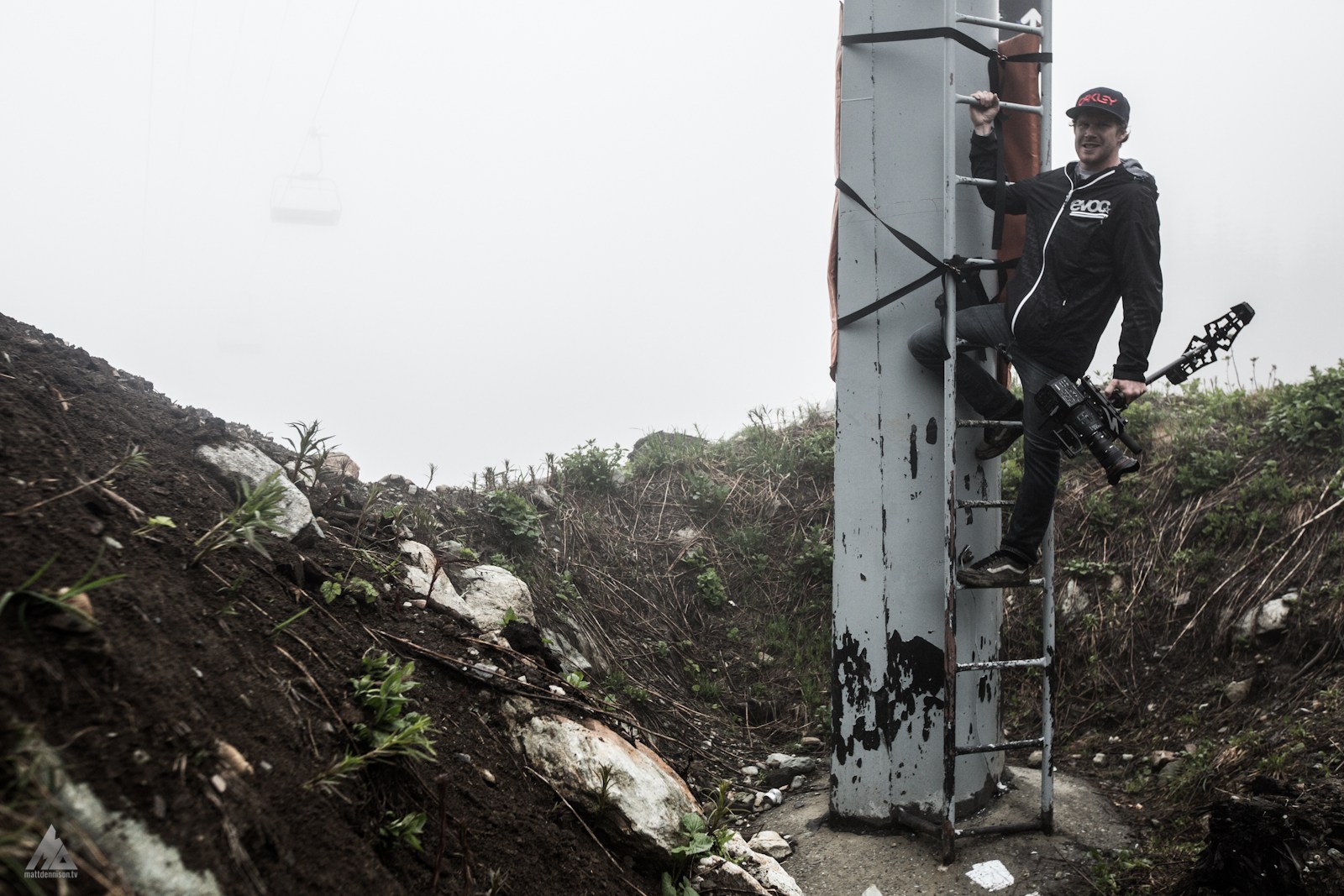 Due to the restrictions on our safety permit with Whistler Blackcomb, we could not operate above 10 feet. This was as high as Norbz could go. Robbed again!

Who is stoked for the new Coastal Crew full length film? Still pumped on their last movie?

Love that shot of Norbz!

Can someone please explain the "Hein Train"? I don't get it. Kenny Smith references it in From The Inside Out…

Nice one, Matt. If the whole movie thing doesn't work out, you have potential as a caption-writer. And picture taker.

Yes. There is literally hundreds of dollars to be made!