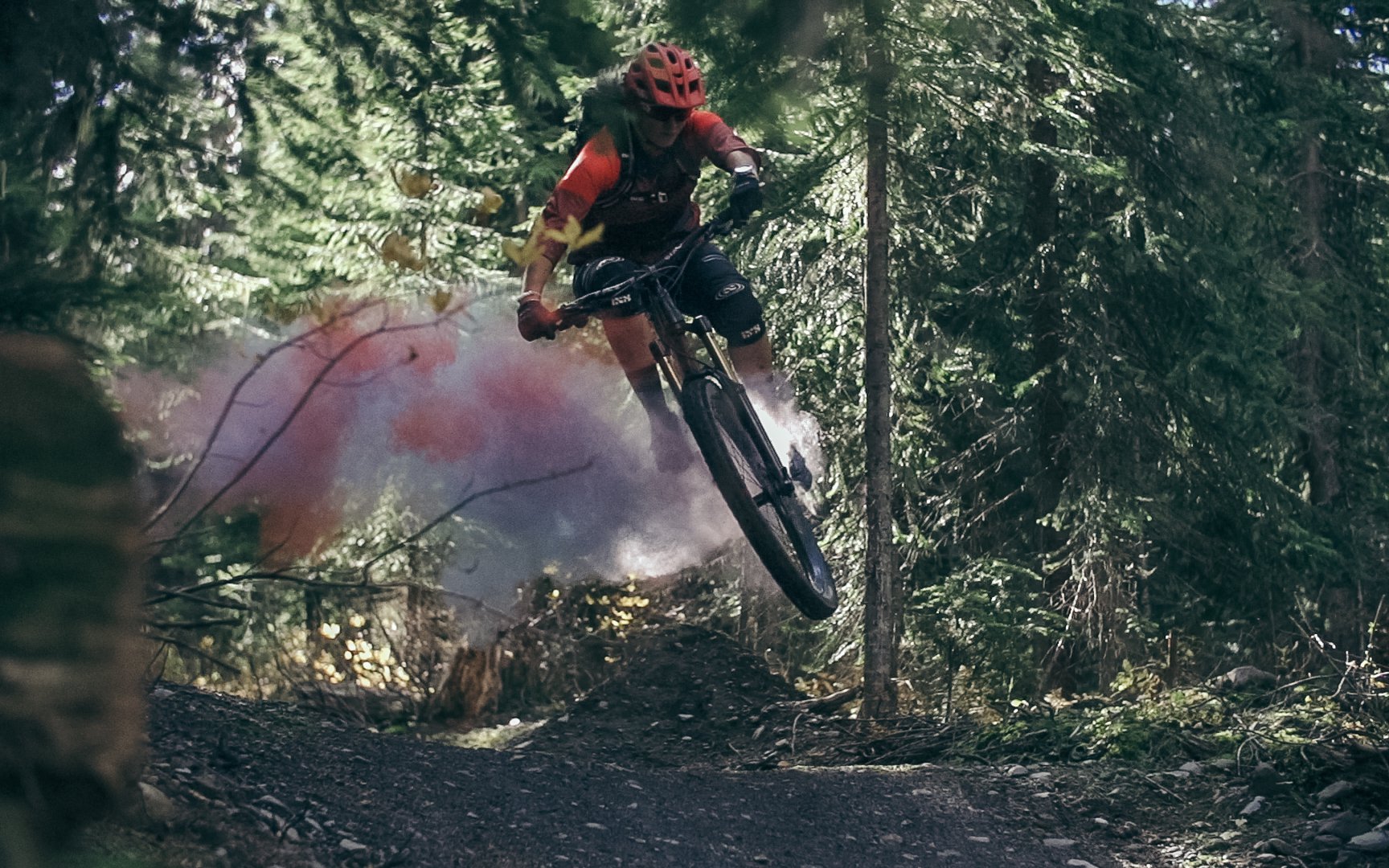 Intersection: Behind the Scenes of an Award-Winning Short Film

This Friday the Banff Mountain Film Festival returns to North Vancouver at the Centennial Theatre for the 2017/2018 World Tour. A second showing of different films will be held Saturday night, downtown at The Centre Theatre. The Friday show will feature a North Van native with Micayla Gatto in Intersection. You’ve probably seen her summer hit Ferda Girls that took the Crankworx Dirt Diaries by storm. Intersection was actually filmed a year prior at Retallack Lodge. Directed by our southern neighbor, Lacy Kemp, the film won Best Mountain Sports Film at this year’s flagship Banff film festival.

What you don't see while watching the short film is the effort and struggles that the team went through to produce the piece. Lacy Kemp gives us some notes from behind the scenes, making it all the more enjoyable when watching the finished product. 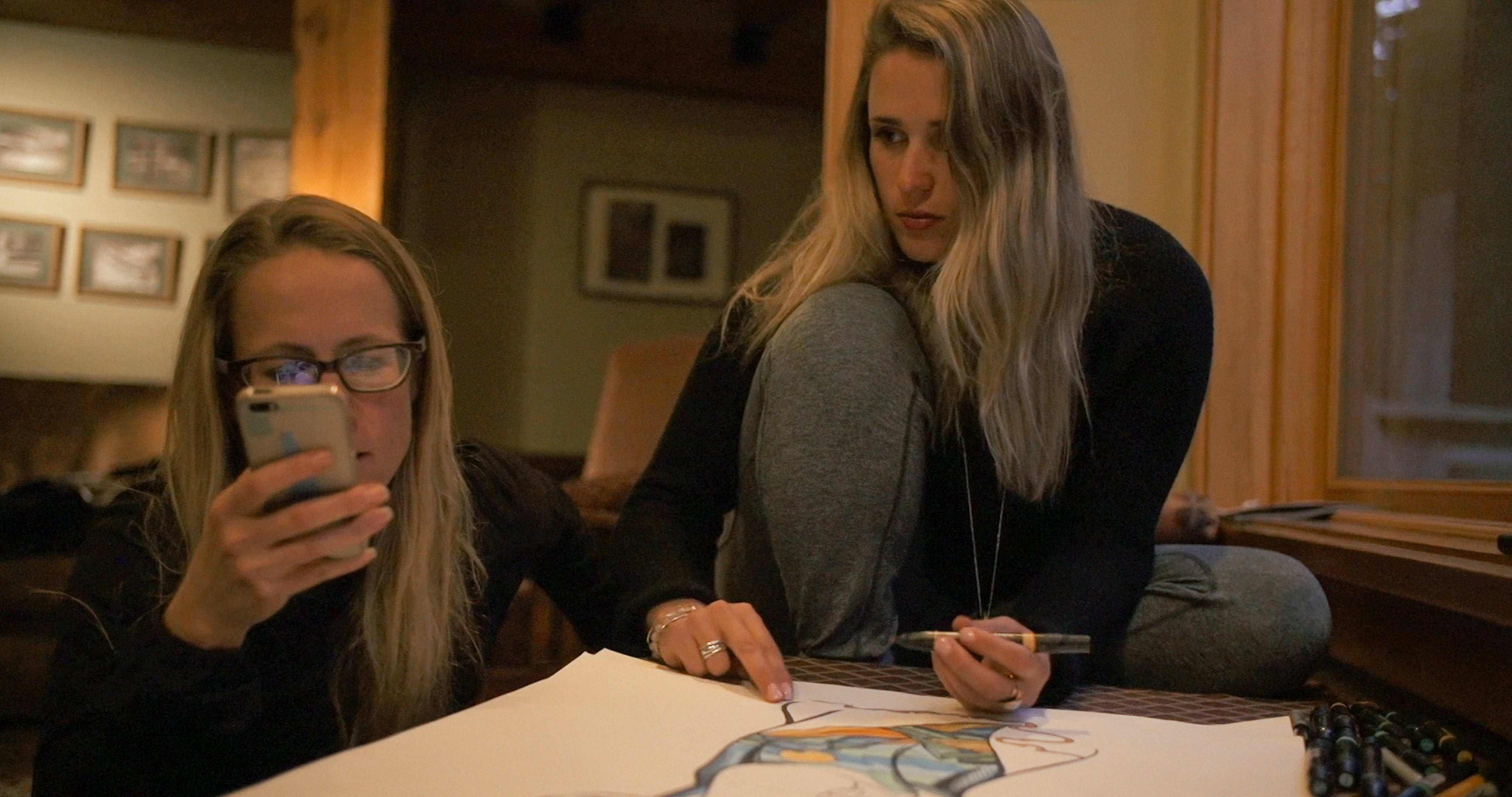 I have no idea what we're doing in this picture (Tinder? Kitchen shopping?), but every night after filming Micayla would draw. This deer head ended up being given to Johnny Smoke as a thank you for his help

While everything looks tidy on the screen there’s always behind the scenes shenanigans that make every project a bit more interesting. 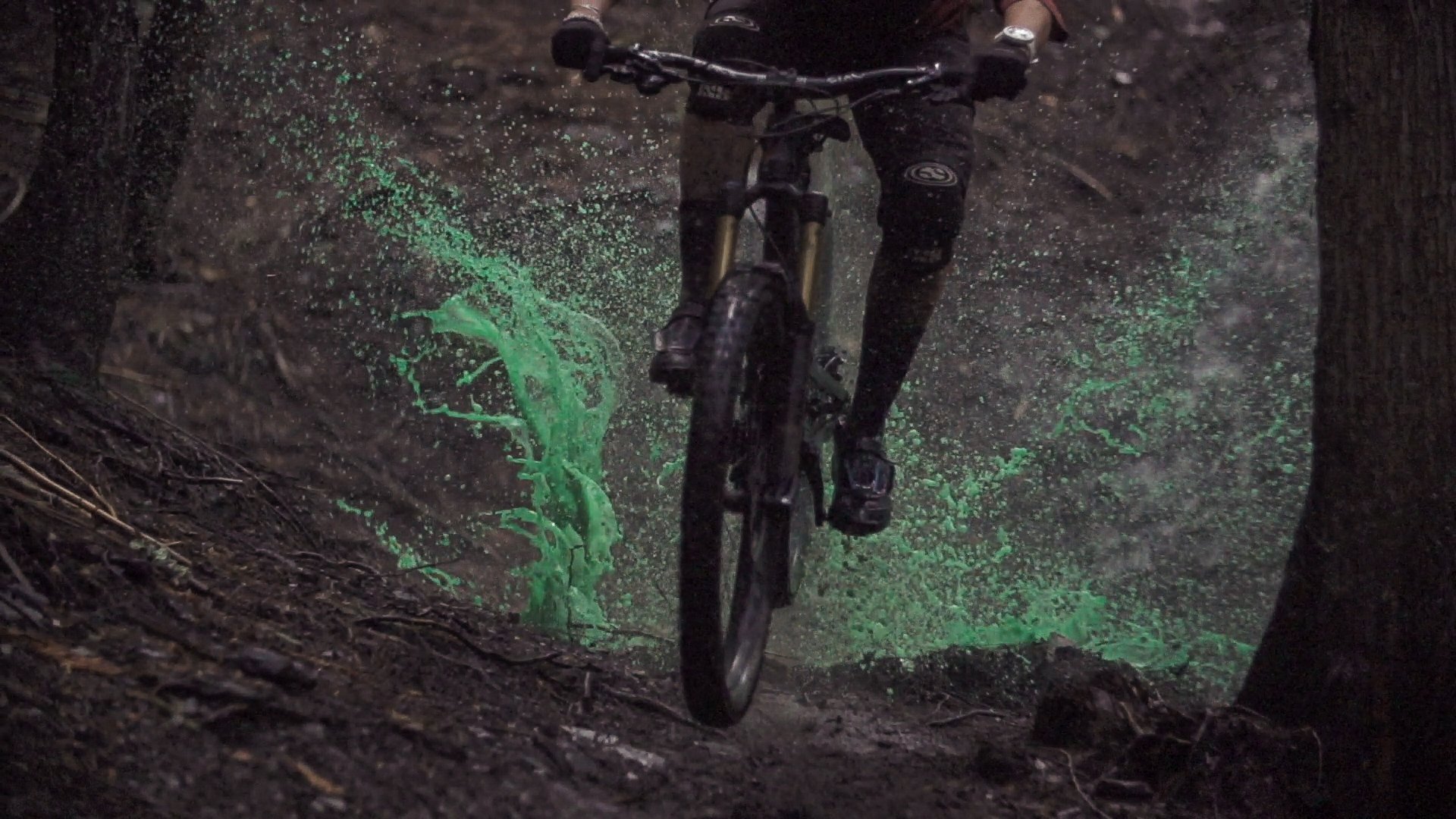 A super top secret mixture of materials made our puddles really vibrant. Not only was everything environmentally friendly, but technically you could drink this mixture. 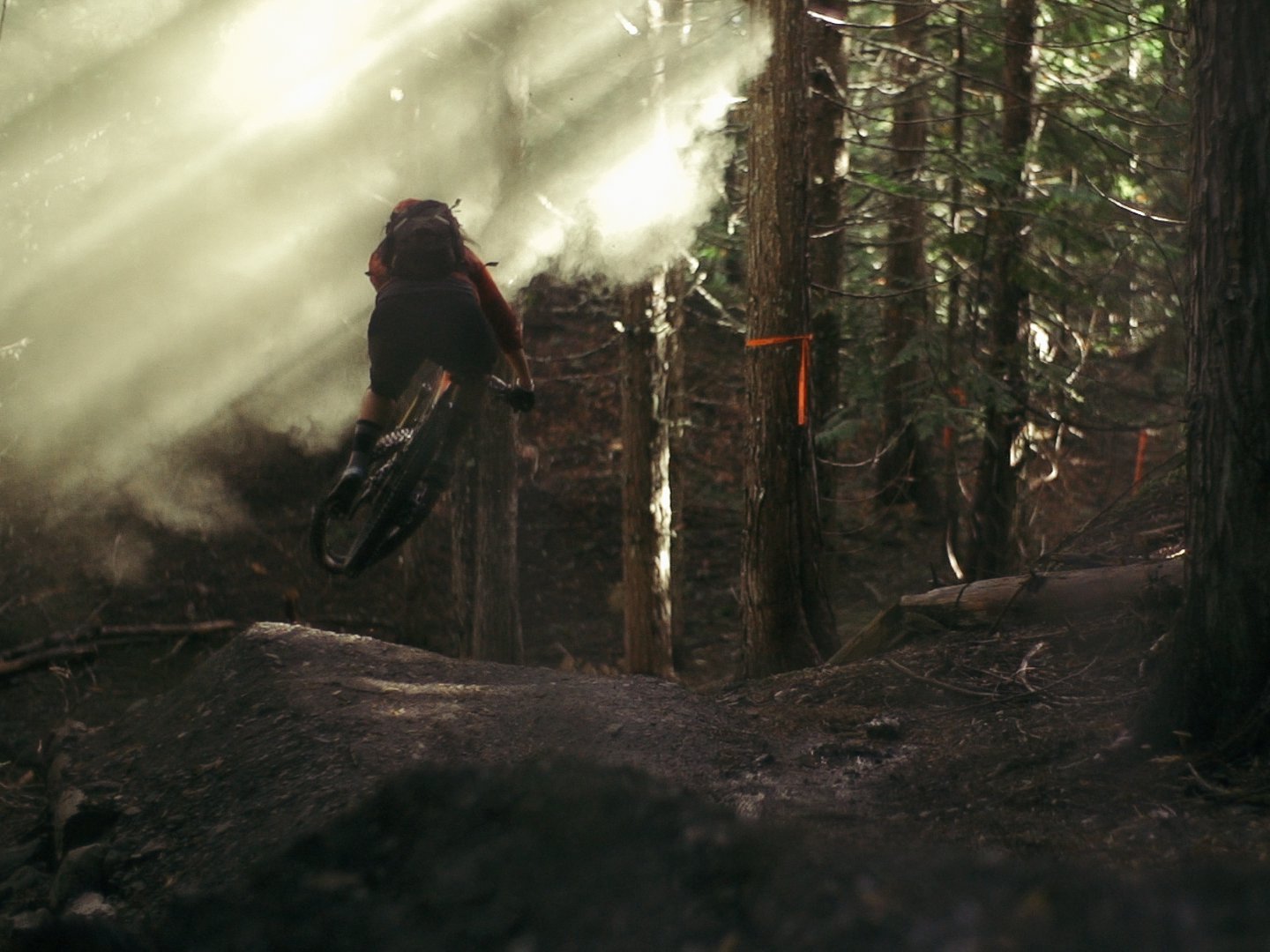 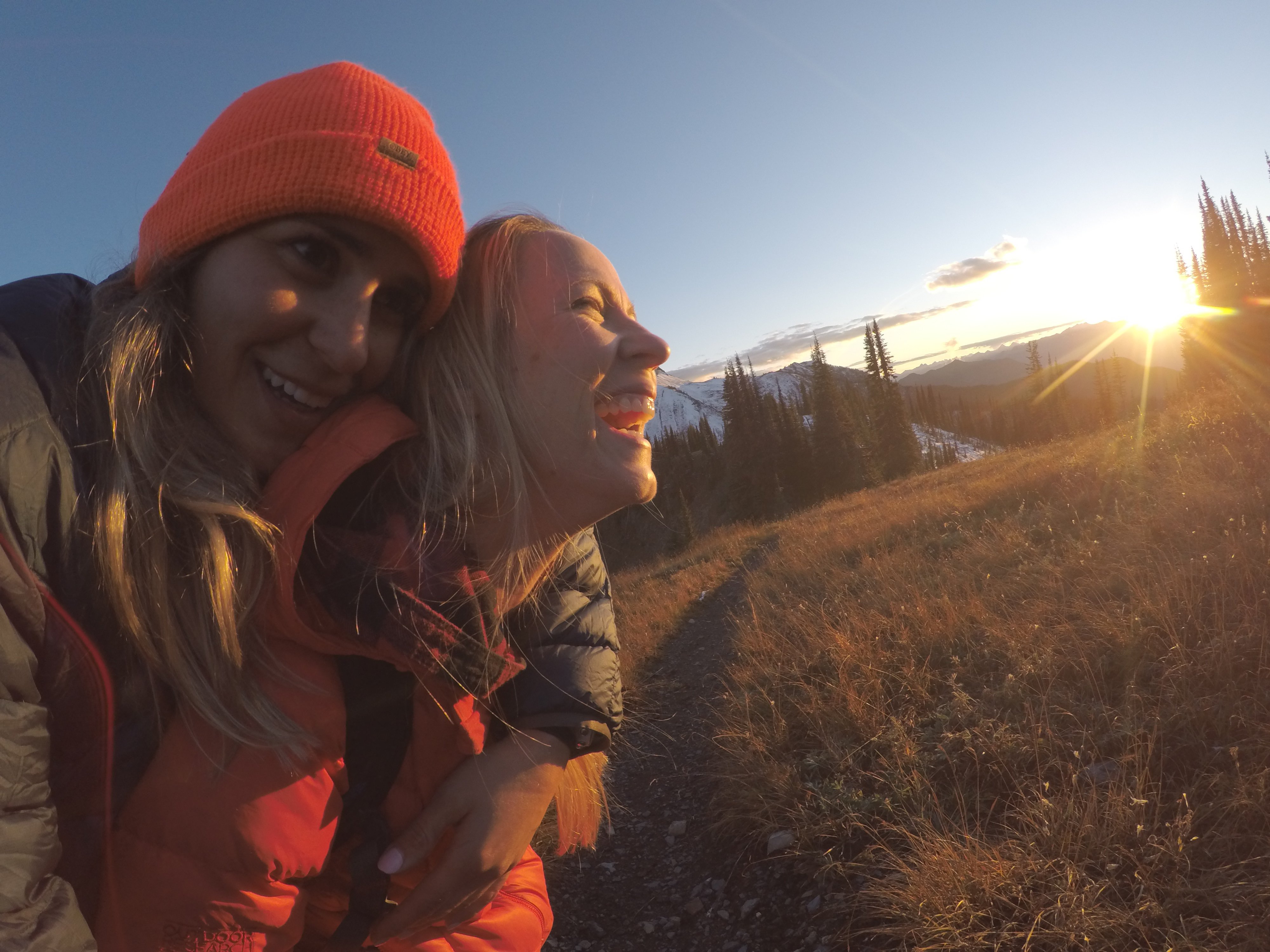 Working with your best friend really is all fun and games.

What's your favorite memory of the shoot?

It was my first time at Retallack Lodge, and I was just blown away. Hiking up to the top of Reco Peak before the sun rose to get those first few shots was one of the most beautiful places I’ve ever experienced. The Gem Line that I’ve now painted over and over will forever have a lasting impression on me as well. I’d say my fondest memories of the trip, however, were the people. The staff at Retallack quickly felt like family, and to have a great film and production crew there as well was super special.

What was the hardest part of the shoot?

Saying goodbye, and how sick I got! I completely lost my voice and actually developed a lung infection afterward, so all the hiking up throughout the day was definitely a challenge.

How many hours do you think you put into painting? What surprised you most about this project?

How many hours go into editing and how long it took for me to draw all of the scenes. It was the most labor-intensive project I’ve ever been involved in. The riding was the easy part! We worked for weeks, even months, drawing everything up and lacing it into the edit.

Too many to count! Actually, I can’t think of anything specific; all of my Retallack experiences are slowly blurring into one amazing memory haha. I guess the wrestling match was pretty hilarious though. I was paired up with some of the guys, and I think I might have injured one of the guides (sorry Johnny). Overall though, the whole project was tons of laughs.

What's been your takeaway from this project?

I’m stoked with how it turned out, but obviously, I’m always looking for ways to go bigger and higher and be more creative. It definitely opened my eyes to more opportunities, and what really goes into making a high-production video. It was the first time I’d really been featured in a big edit like this, so I learned a lot. 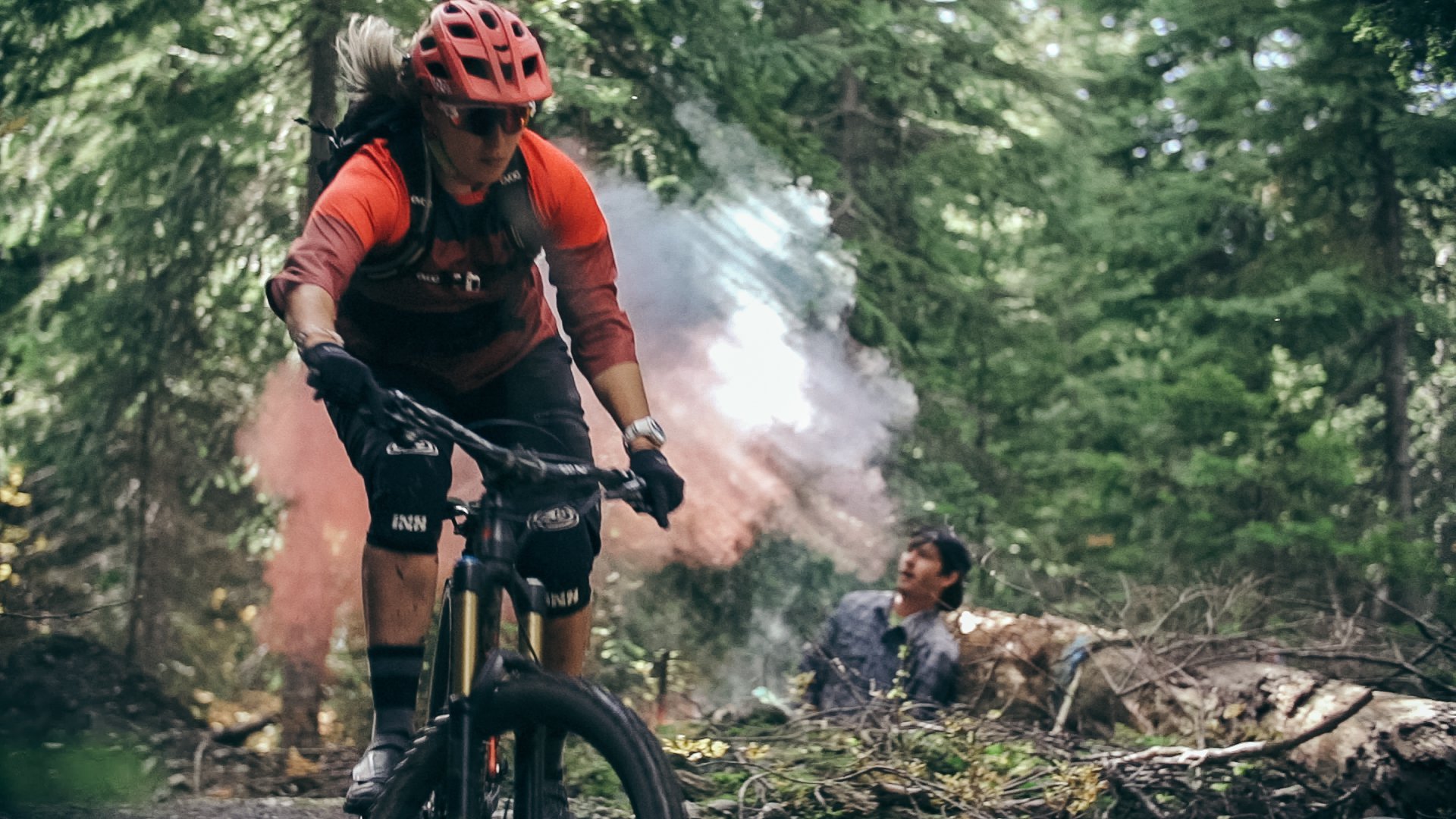 Rylan Bockstrom, one of our guides, was also super helpful on the props as he tosses out red colored powder for Micayla to ride through.

What was your reaction when you heard you won Best Mountain Sport Film at the BMFF?

I was floored. I had no idea! It’s been overwhelming the response we’ve gotten from it, so to win Best Mountain Sport Film was just the curry on top. I think the whole team was surprised. Sometimes you can just be so close to a project that you lose sight of what it really is, and how different and unique it is.

Sounds like you were sick and maybe had a broken foot. How did you survive?

Haha oh mannn the foot! Yes. It was a tough few days. Like I mentioned earlier, I was ridiculously sick, lost my voice, and could barely breathe. Then, on top of that, we were kind of rough-housing in one of the hotel rooms, and I pretty much unintentionally soccer kicked the end of one of the boy’s tripods that was attached to their 60lb camera bag, with the top of my bare foot. My foot swole up massively and I could barely walk. We only had that time to shoot though, so I made it work. I never got it looked at, but it definitely bugged me for about 6 weeks after, and still feels weird in ski boots, so who knows.

Anyone you'd like to thank or give shout outs to?

Lacy Kemp for sure. Our filmers Garret Van Swearingen and Dylan Siggers as well. Rylan and Johnny Smoke from Retallack Lodge for being amazing (and patient) guides the whole trip, Tucker for filling our bellies every day with some of the most delicious food ever. Gemma and Kia for organizing our stay and making us feel right at home. Mike Kinrade for letting us come up and film so late in the season, and the entire Retallack staff. Scotty from Juicy Studios for editing the whole thing, and being so receptive to new ideas and changes, and for organizing the unique musical scores. Red Bull for funding the project, and to all my sponsors for keeping me kitted out and feeling good in my equipment and on the bike. 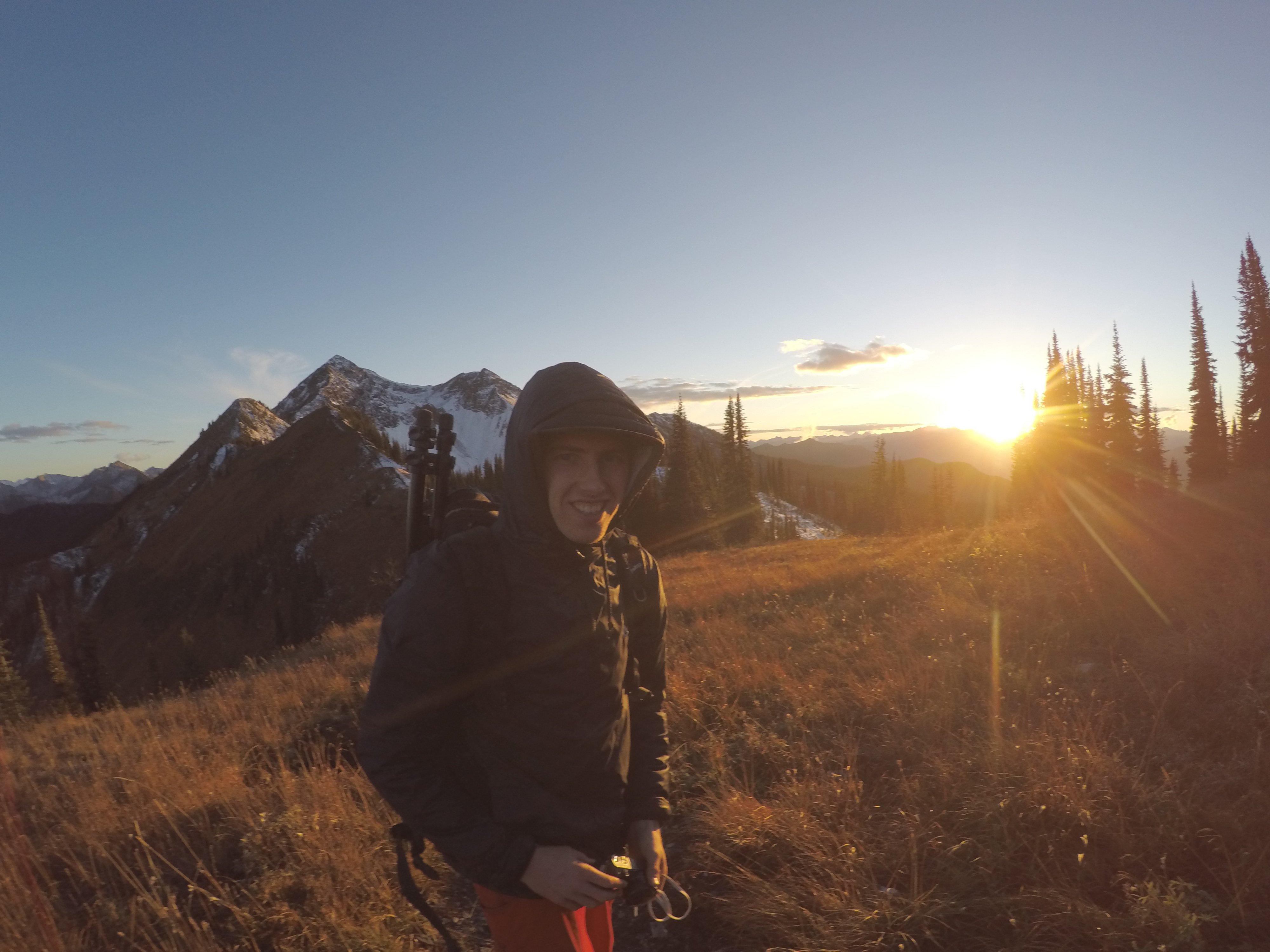 Dylan Siggers was the saving grace for this project. Showing up without knowing what he was getting into or anyone else on the team, he saved our asses big time. 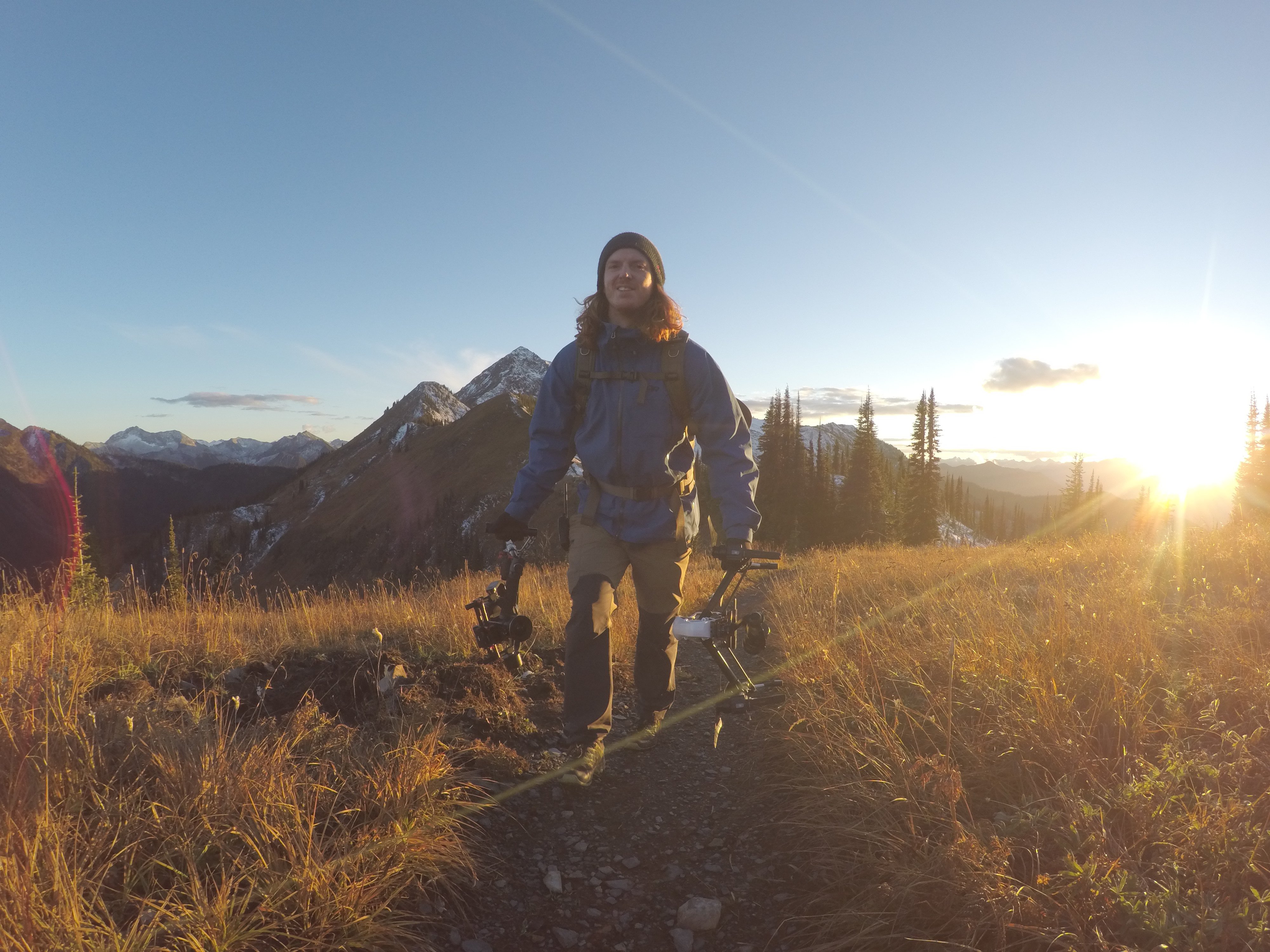 Filmer Garret Van Swearingen is stoked after he bagged the final shot of the trip.

Intersection is intended to be a series of films featuring athletes that also double as artists. It’ll be hard to top the success of this first one, but nothing bad ever comes from setting the bar high. Stay tuned to see what the crew comes up with next!

Lacy continues to create content that is unique and of a high caliber, and Intersection is no different. Watch it below and if you're in the Vancouver area, be sure to head to the Centennial Theatre in North Van. on Friday night to watch it on the big screen as part of the Banff Mountain Film Festival's world tour (along with a selection of other amazing films).

Intersection from Juicy Studios on Vimeo.