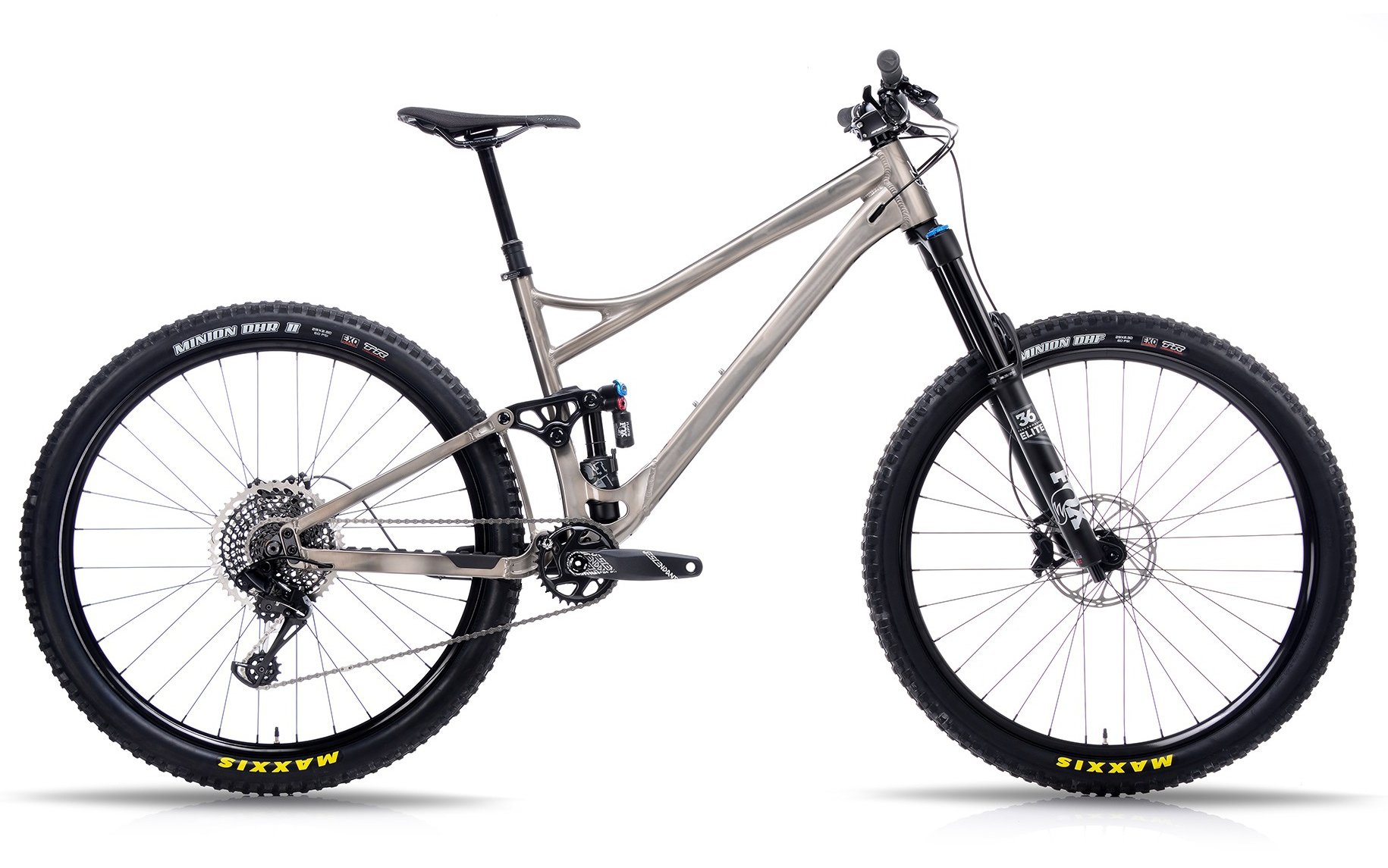 Banshee have two fresh releases for 2020, the Titan and the Rune V3. Running the new KS2 Trunnion linkage, the Titan is a 29" enduro machine, while the Rune V3 slots into a 27.5" and 26" (yes, you read that right) platform. Check out all the details from Banshee below.

Banshee isn’t your average bike brand. We are a team of four passionate riders who don’t like to rely on marketing bullshit and buzzwords. Instead we invest all our resources in R&D and manufacturing technology. Believing strongly that brand loyalty comes from the performance of our frames. We recognize that to evolve, we need to take a step back to reflect upon and critique our own product. These all-new designs represent the culmination of nearly 20 years of experience, inspiration, and innovation. 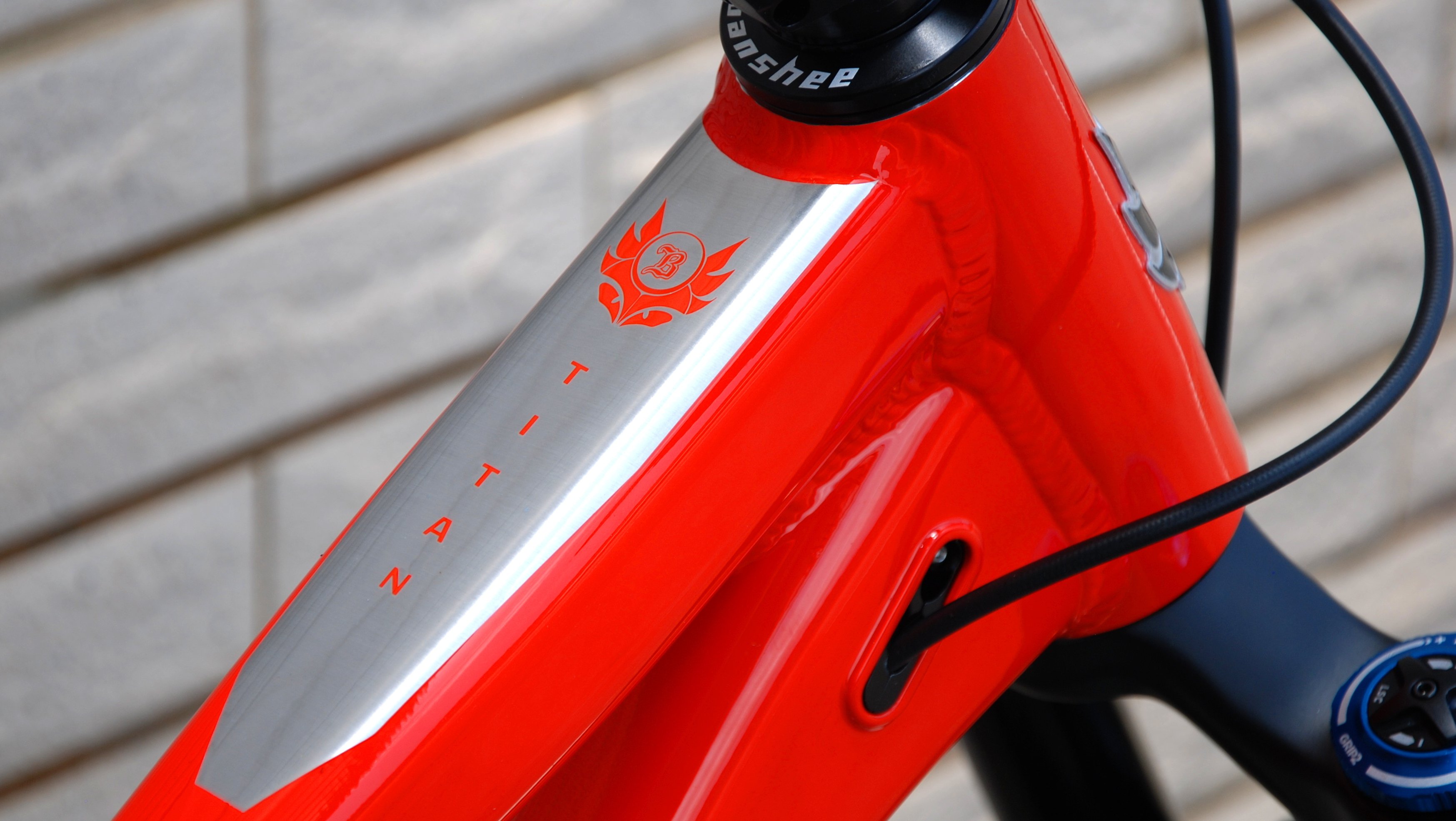 Keith Scott, (Banshee engineer and co-owner) has spent the last three years developing our V3 platform, the foundation of which is the new ‘KS2 link’. The linkage is designed to optimize all aspects of suspension performance for each bike, while maintaining Banshee’s ‘DNA’. Using superior 7005 T6 alloy and manufacturing methods such as custom hydroformed tube sets and near net 3D forgings, we created frames that we are truly proud of. Oh, and yes… these changes also allow a full-size water bottle inside the front triangle. 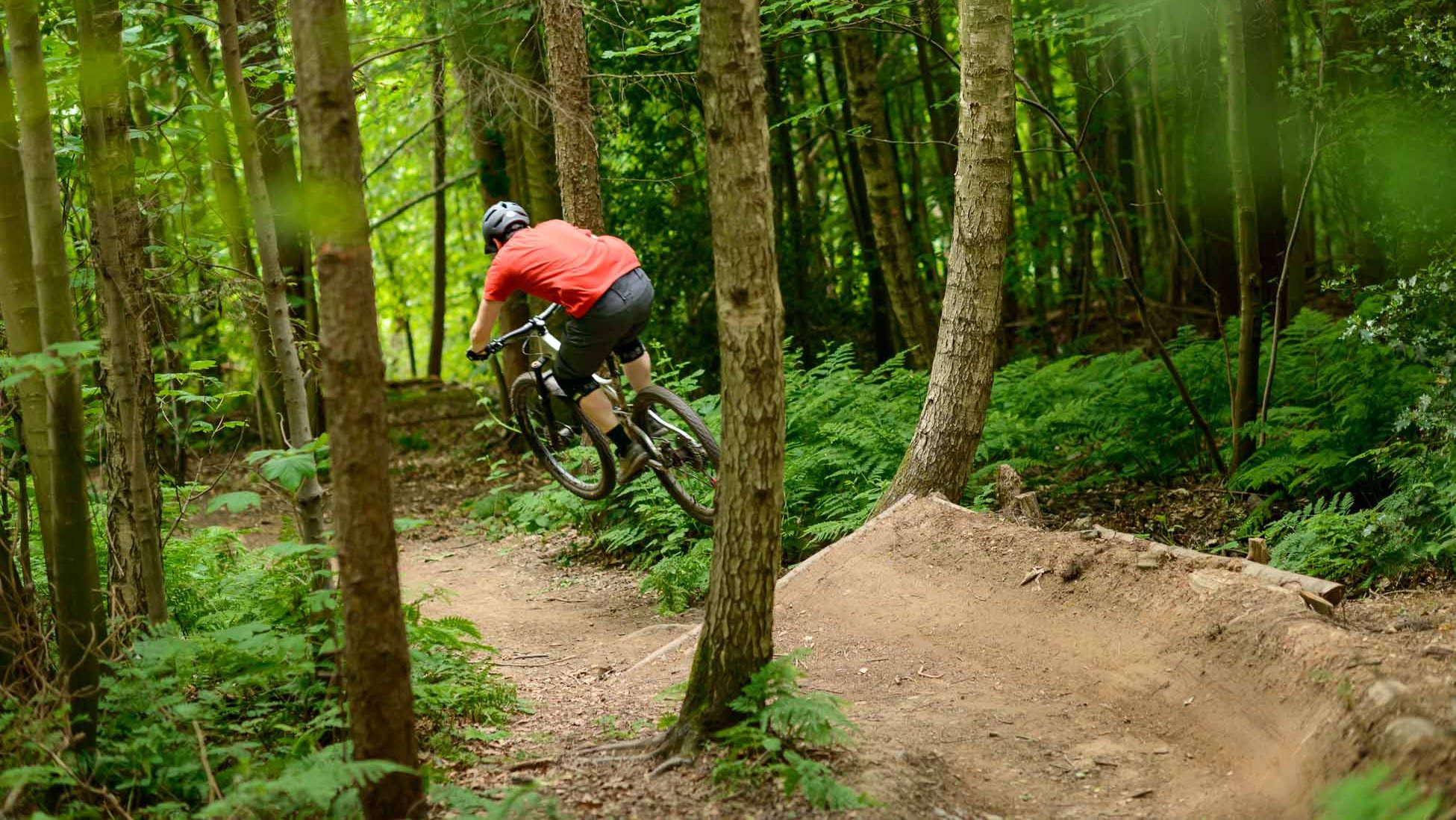 We built numerous test mules and prototypes as we refined the design. Using both alloy and carbon to experiment structure, geometry and suspension characteristics. Multiple manufacturing options were ridden, while others were abused in rigorous lab simulations. At Banshee our priorities are to create incredibly balanced bikes that excel in terms of riding confidence, speed and fun. We are very excited to share the evolution of Banshee Bikes with Banshee riders around the world! 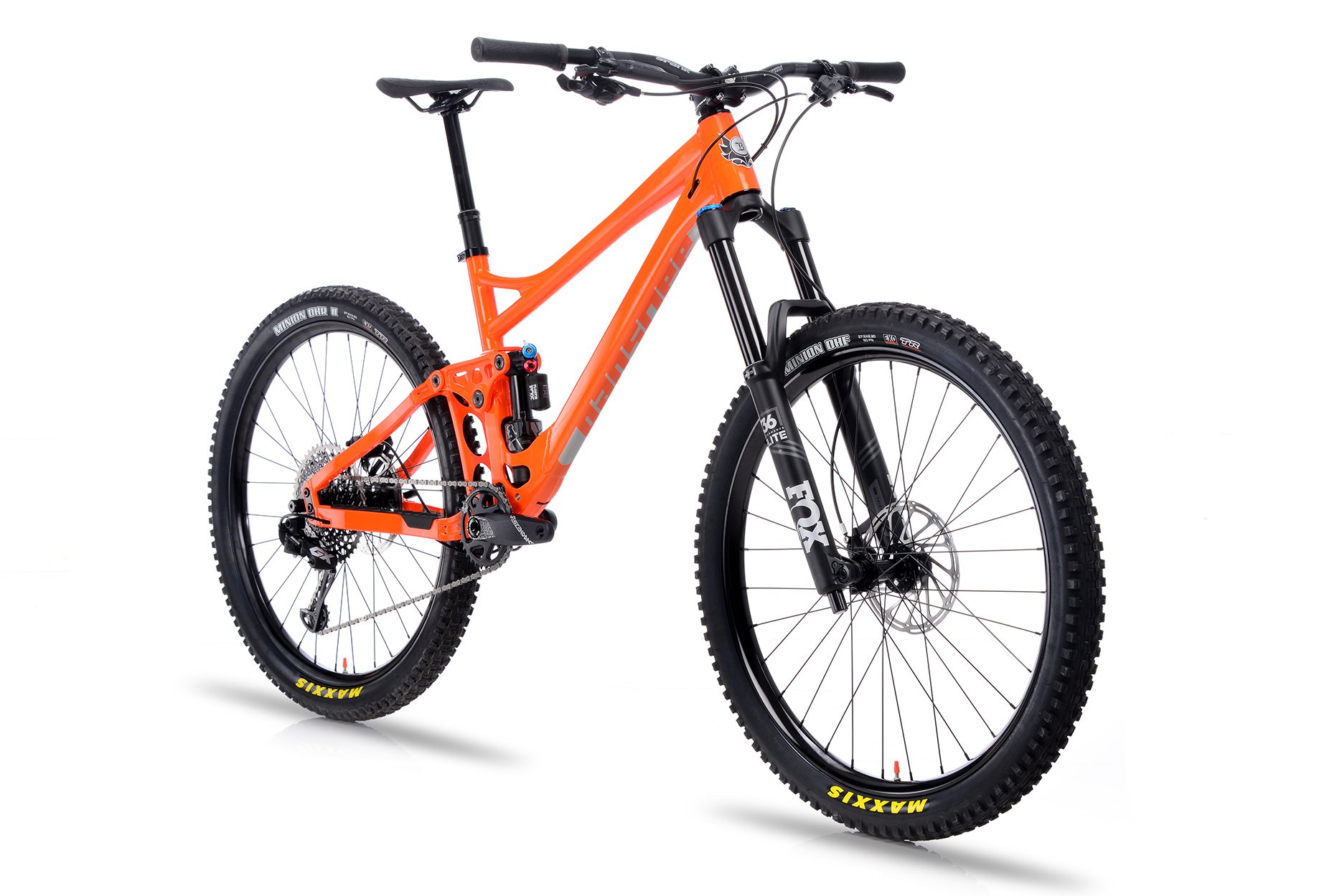 Anyway, enough rambling. Let’s get down to the details. Banshee Bikes is proud to launch two completely new enduro bikes. The Banshee Titan, and the Banshee Rune V3. 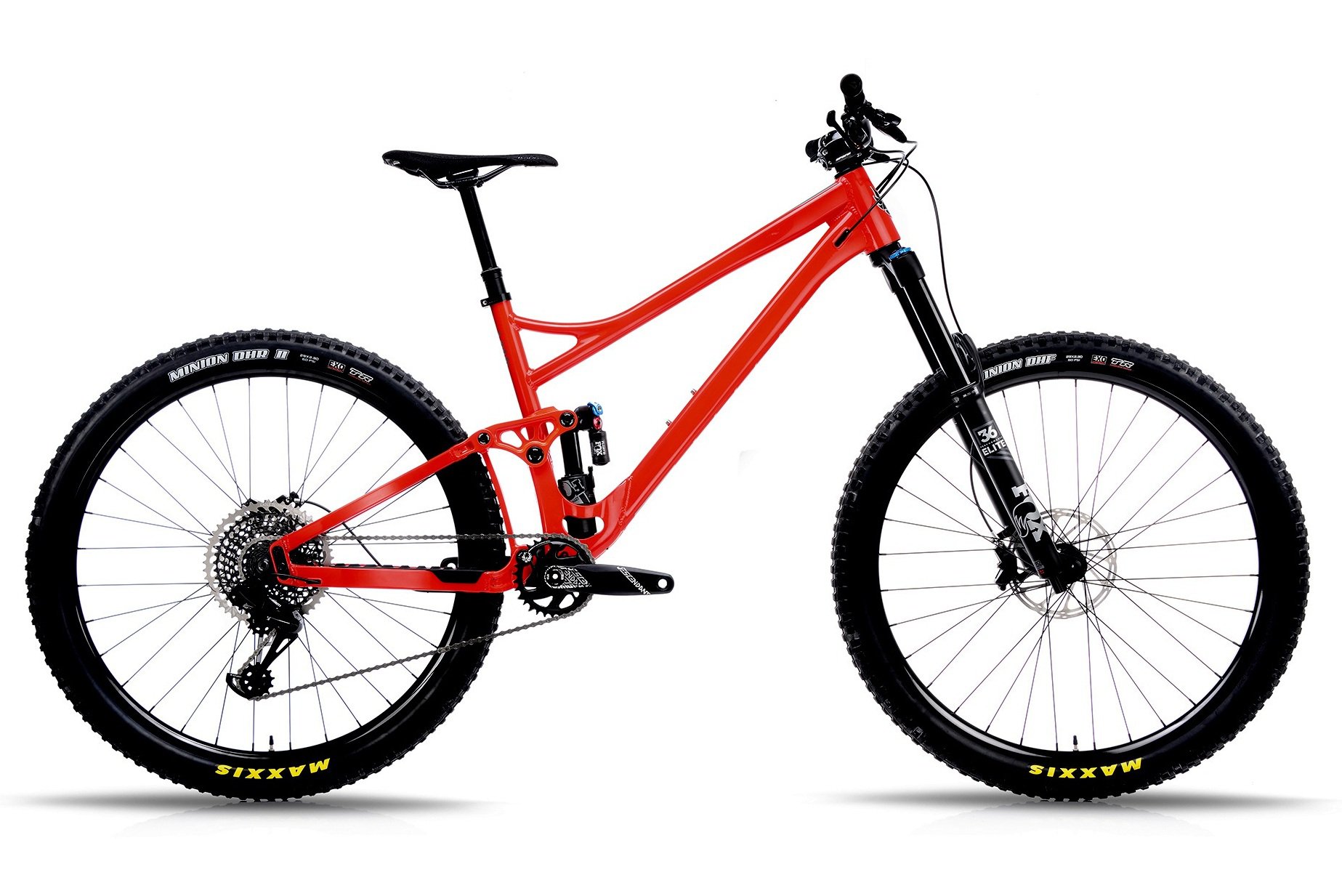 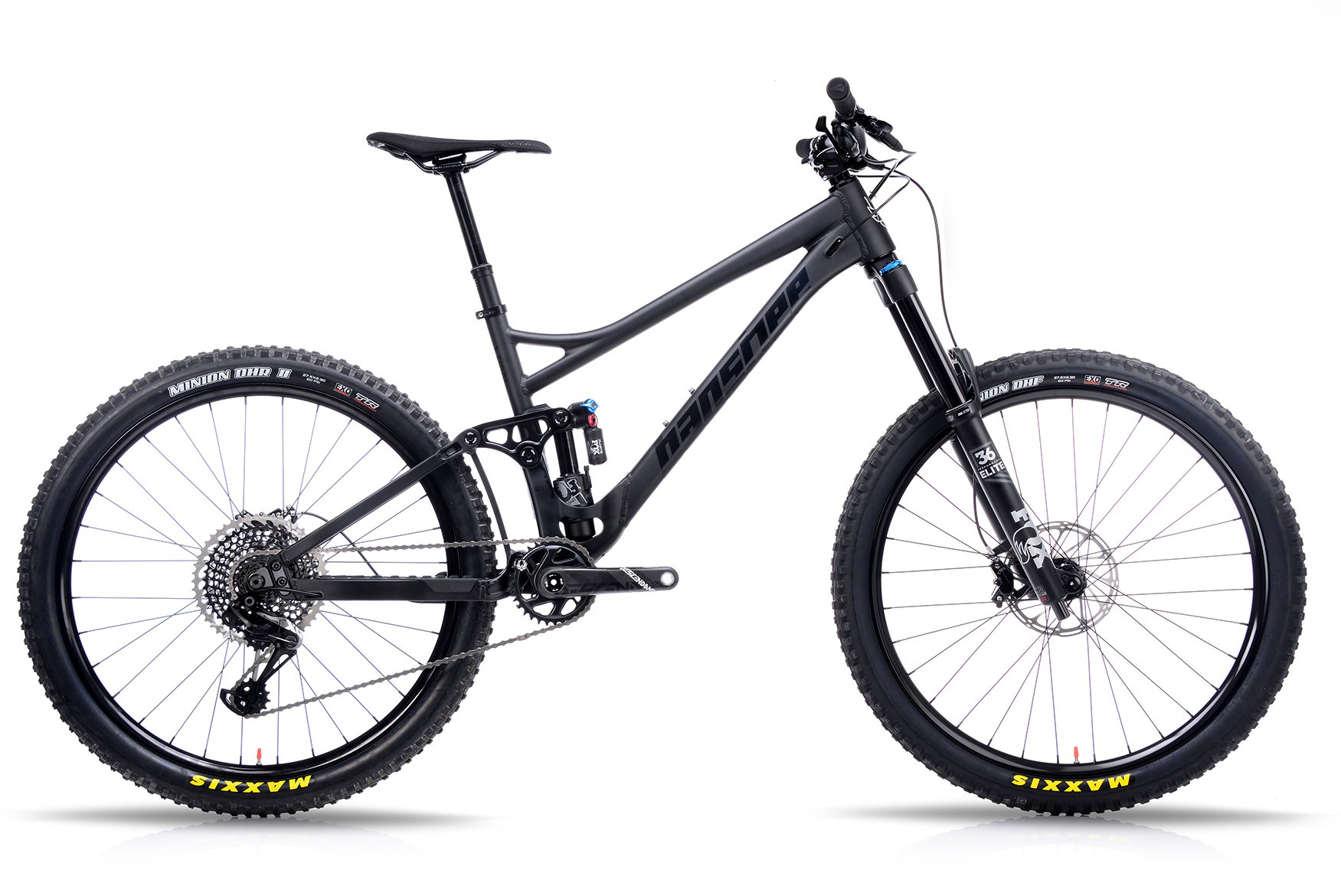 Available to purchase now, with delivery in expected to start in 2-3 weeks. Contact your local dealer to secure a frame. There are 100 of each model available, so don’t hang about if you want one.

Load isolation - The 3D forged shock cage of the KS2 design contains all the high rear suspension loads that are amplified by leverage ratios within the forged section. Effectively equalizing these loads within the cage and isolating them from rest of the frame. This results in a better front triangle with all high loads contained by the strongest section.

Low friction - With full complement sealed bearings throughout all linkage pivots including the trunnion mount, there is almost zero rotational friction. Resulting in incredibly supple suspension and huge amounts of traction.

Leverage ratio - By fitting longer stroke shocks then competitors with same amount of travel, our frames have a lower overall leverage ratio (under 2.5:1). We have also adjusted the progression of our bikes to work optimally with both large volume air and coil shock options. Giving our customers a wider range of choice and better performance.

Anti-rise - Has been optimized to result in maximum traction and balance under hard braking, so you can brake later and ride faster. 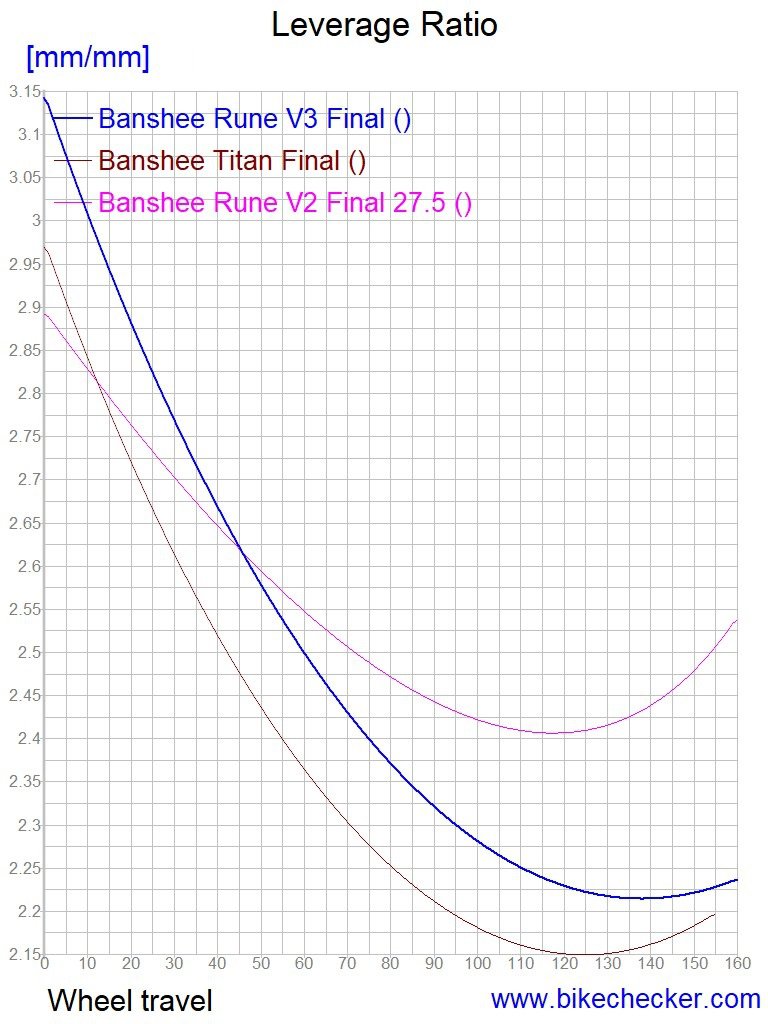 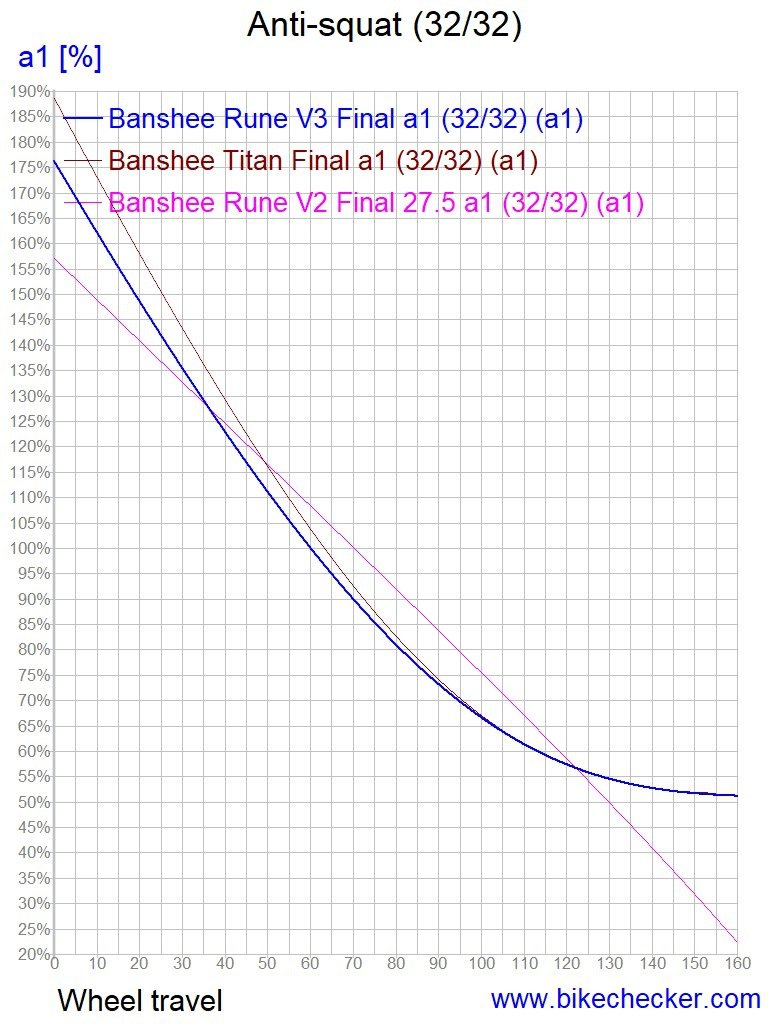 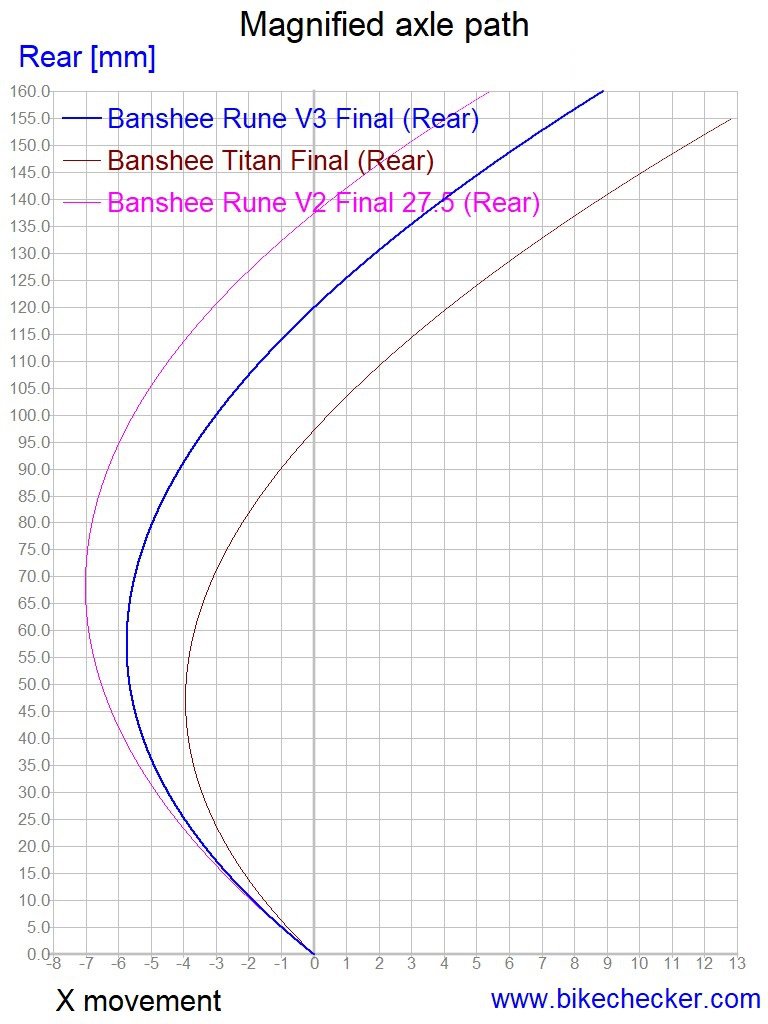 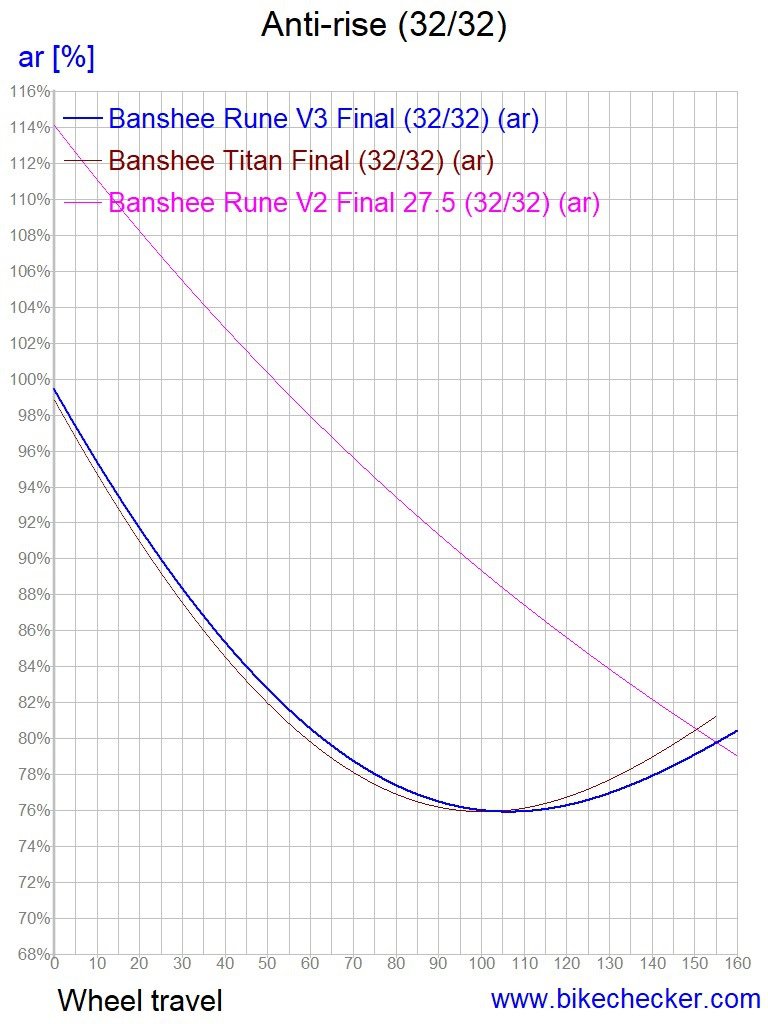 We have tested a whole range of geometry from the sublime to the ridiculous. It would be easiest to simply jump on the bandwagon of ‘longer + slacker + more travel’. However extreme geometry plus adding extra travel isn’t automatically better, or as fun to ride. Banshee riders deserve better. Our ride geometry delivers a very balanced weight distribution that maximizes traction and inspires confidence so you can ride faster and have more fun. 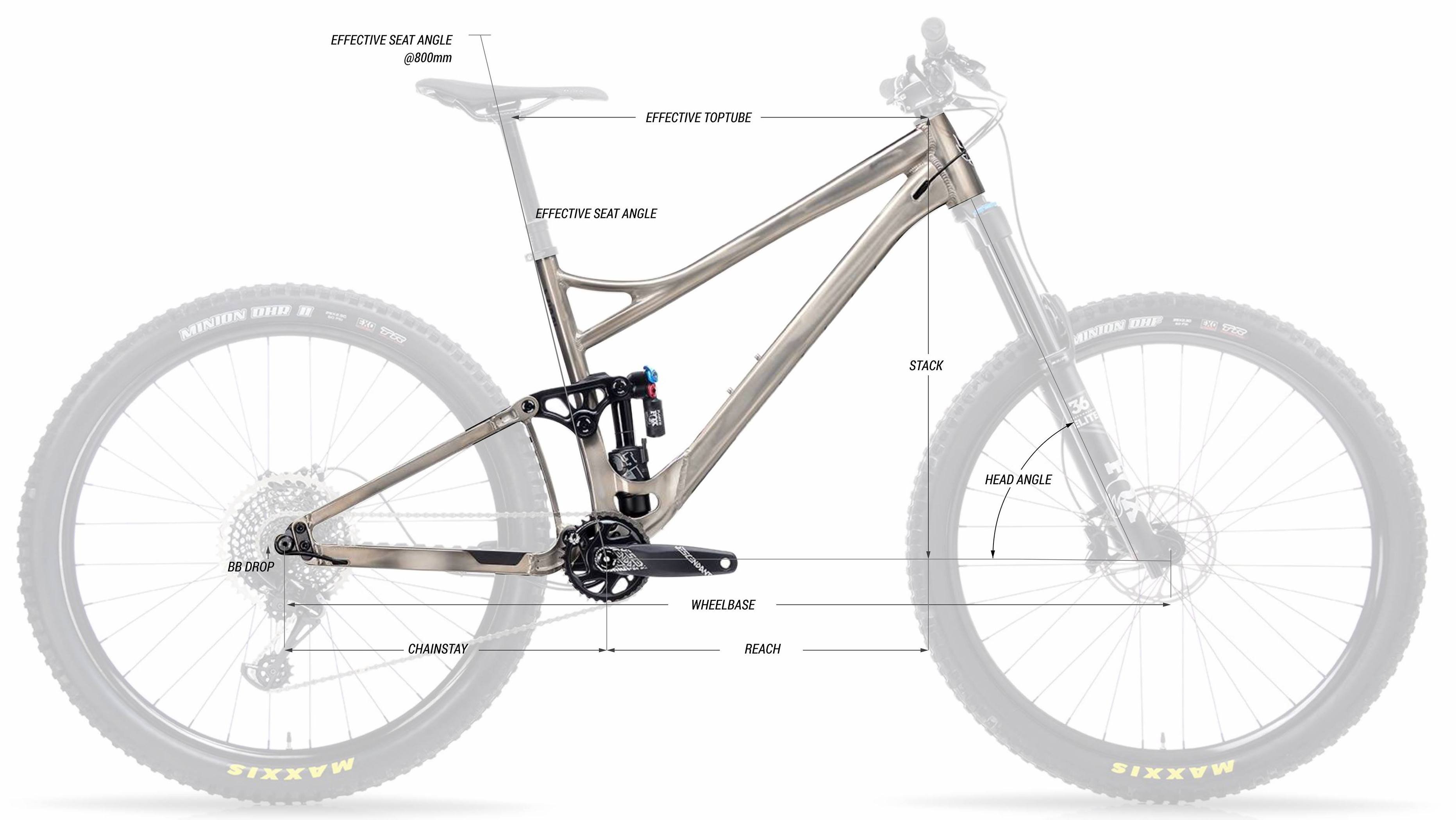 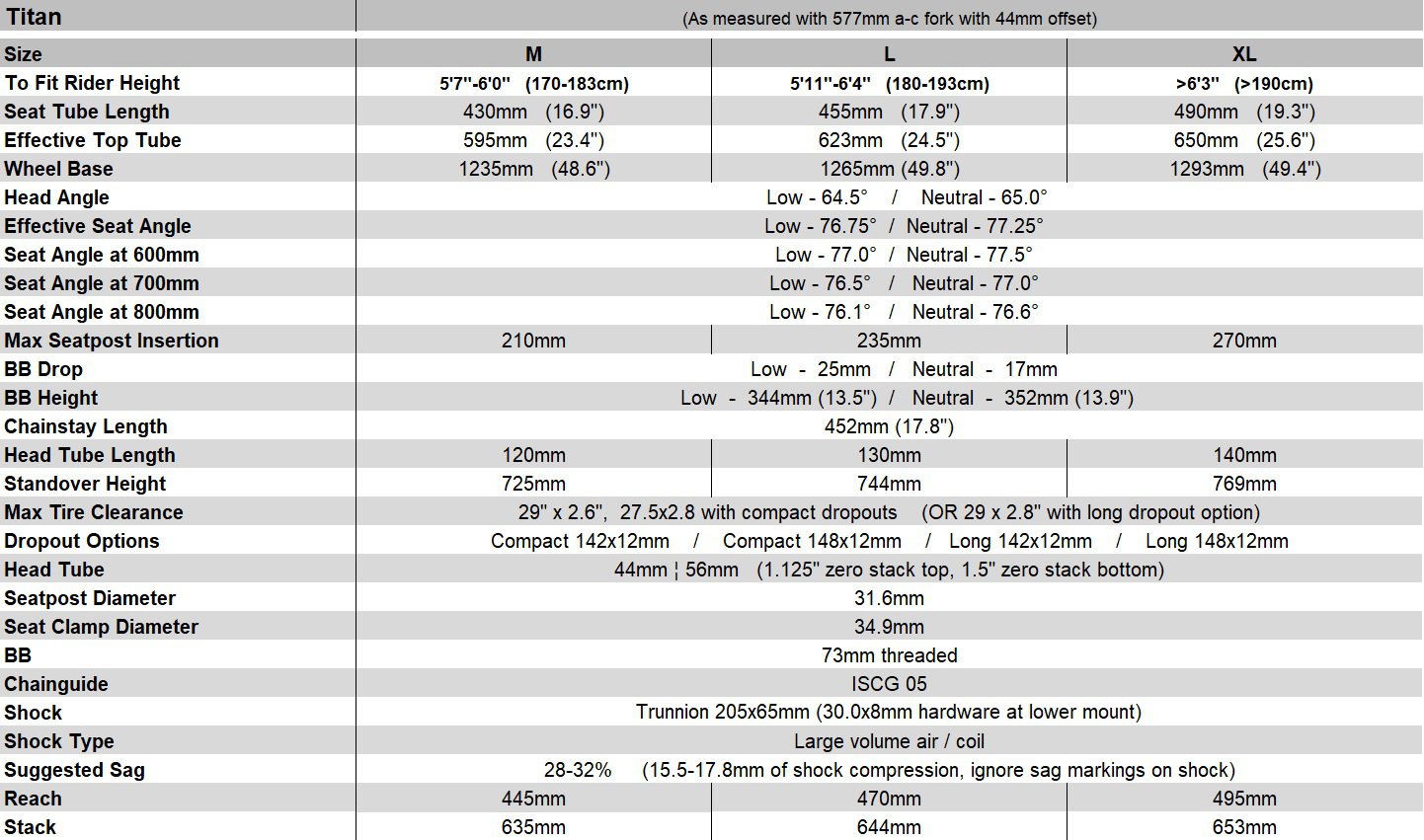 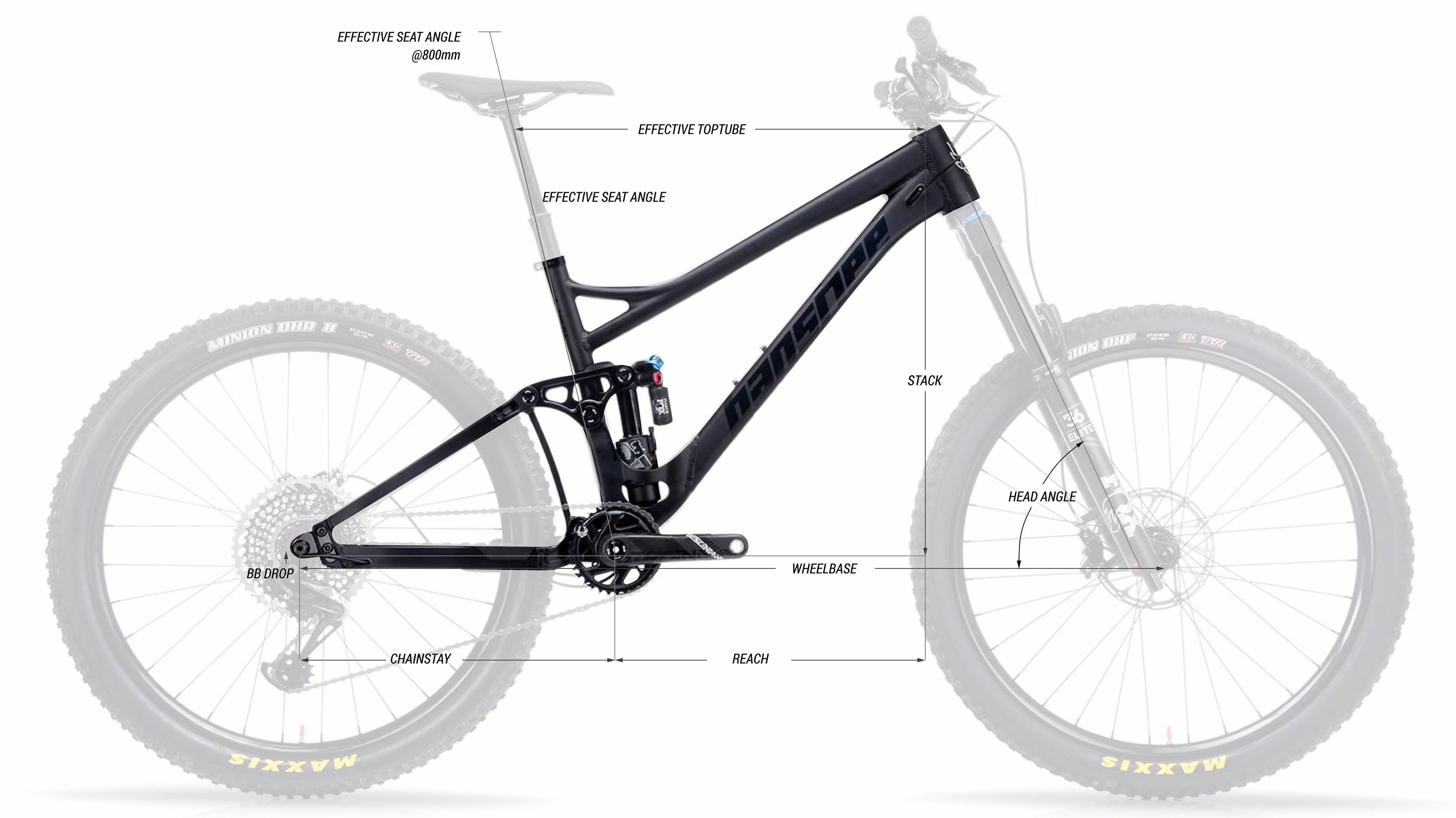 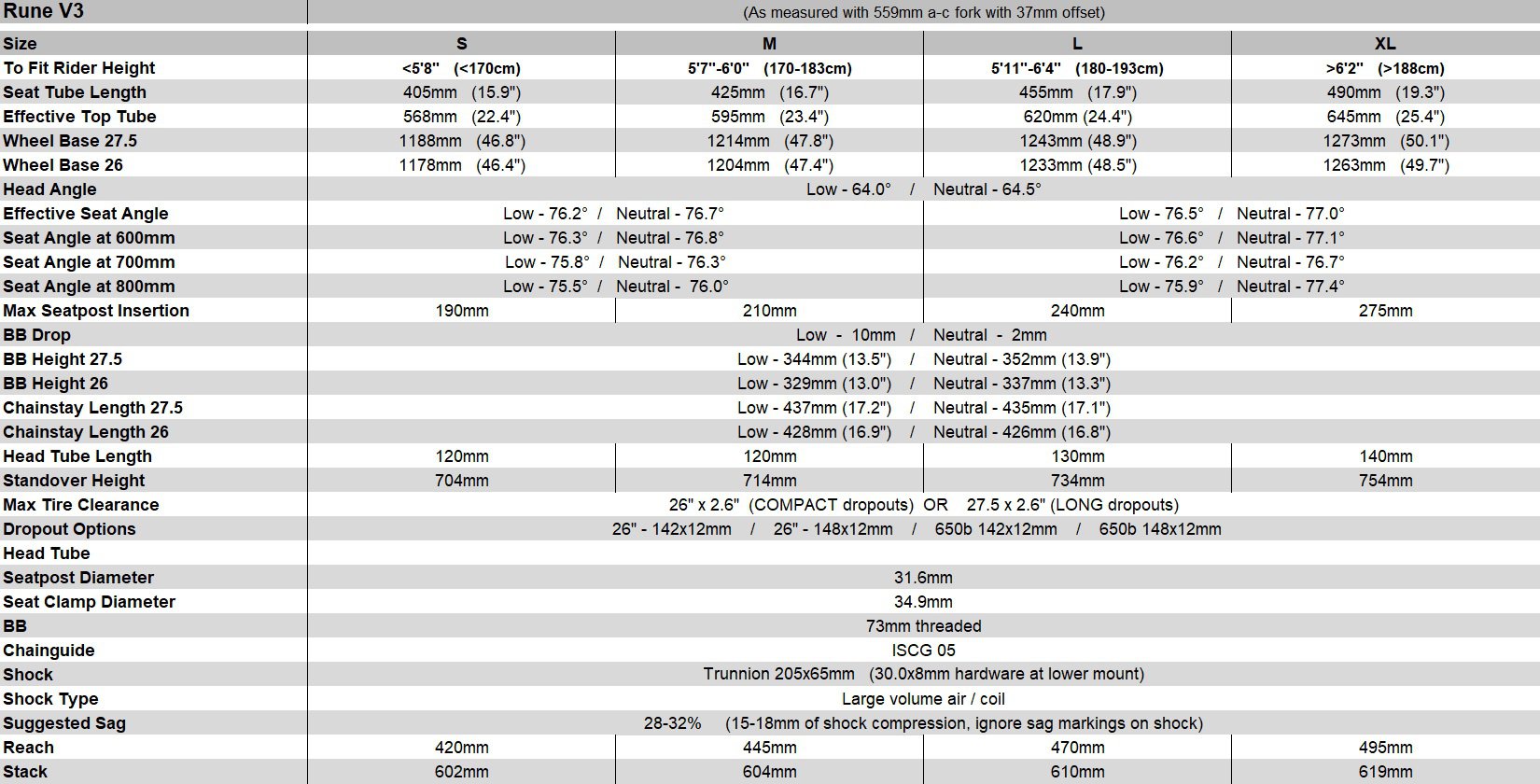 [Forum] Heading to Squamish for the Weekend!

nice looking bikes. i wasn't sure these guys were even in business at this point.

Why make those holes in the rear swingarm to allow mud and debris to pass through to the shock and linkage? Any weight savings from those cutouts will be negated by the handmade fender people eventually make.

What percentage of mountain bikers live somewhere with regular mud? I think it looks great.

I’d personally put a fender on to keep crap off the lower link but really the shock is protected by the seat tube so not a big deal if I didn’t.

They don’t make your size anyways (surprised the XL isn’t larger or they didn’t do an XXL). I think the bikes look awesome.

From the looks of it one of the cutouts is used for improving tire clearance. Considering that most frames don't have an kind of mud protection around the linkage i don't think this is a relevant drawback.

@Andrew: The stack and CS on the XL is quite massive, i guess it will feel larger than the reach number suggests.

Stack and Reach definitely have to be considered together but with steep(er) seat tube angles and, therefore, the ETT being what it is I think - like Intense - they’re being overly hopeful with their recommendations for sizing. Easy to solve by adding an XXL and redistributing the recommended heights.

Loving all the new quality alloy bikes coming out.

In the market for a new bike next year and doing another one-off build in an alloy is tempting.