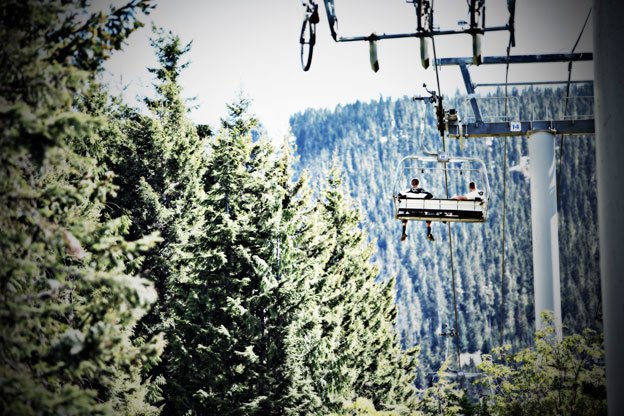 “Kenny Smith does things on a mountain bike that no one else does. He finds possibilities in places where no one else even looks. Bigger, steeper, faster—that’s his style.

By Kenny’s own estimation, a lack of fear is both his biggest strength and his biggest weakness. There have been times when he has paid the price—but that drive to push things further makes him one of the most electrifying riders to watch. On his home trails in Whistler, British Columbia, he loves inventing creative new ways to ride the same trails.

Kenny is particular about how his brakes perform. He has to be. To pull this off, it takes trust—in himself and in his equipment. When he’s teetering on the edge of a cliff and getting ready to drop a new line, he knows exactly how his Avid brakes will perform. Powerful, smooth, trustworthy.” -Tyler Morland, SRAM MTB PR & Media Manager

This is a bit more subdued than some of Smith’s past segments, but there is still some rowdy riding. Is fear (or lack thereof) a big problem or a big asset for you?

Embed fail? I searched it on Youtube and damn!

Park rat to the core. Kenny delivers. Such a shredder.