Before I get too far, let me just take a minor little sideline to talk about ‘interesting.’ In no way am I trying to imply that anything that I write is interesting, in the grand sense of the word. Call it interesting for Uncle Dave. Remedial interesting. Okay?

Moving along, the mark of a great writer is that they can take the mundane and spin it into something wonderful. A recent example – Karl Ove Knausgaard turns (spoiler alert) getting stuck in a motel in Newfoundland (and Labrador) and jamming the toilet into literary gold. What I’ve learned is that I am capable of turning the mundane into boring. Mundane into drivel. In order to create ‘interesting’, I need interesting source material. Interesting questions. Interesting inspiration. And I’m sorry people… your efforts have been lacking.

Will Yoga help with my mountain biking?

What width should my handlebar be?

Okay. That’s not bad. We can re-visit that one later maybe. But please, people. Dig deeper. Dig harder. We’re all defective if we think about it for long enough.

So, I’m on vacation for the next couple of weeks. Let’s use this hiatus to put our technical deficiencies and character flaws down on paper in the form of a question. Then we’ll come back in a couple of weeks and make things at least a little bit “interesting”. Deal?

I’m female and I find that having a conversation with the average male mountain biker is difficult. Whether it’s climbing up Fromme or sitting on a chairlift at Whistler, conversation does not come easily. What am I doing wrong? What should I talk about?
Sincerely,
Conversationally Curious

Dear CC:
The good thing is that you’re not doing anything wrong. The thing about mountain bikers is that, generally speaking, it’s a certain kind of individual that seeks to disappear into the woods on a bicycle as a form of recreation. It’s a specific type and a specific activity that does not generally combine into a source of stimulating conversation. Not to stereotype, but I would imagine that if you grabbed the theoretical median mountain biker, sat him down on the side of the trail and forced him (yes, him) to stand still for a minute or two, he’d be a thirty-something white male with poor taste in fashion and music, and would suffer from an inability to communicate effectively with the opposite sex. Remember. We’re not stereotyping here. This is median, not average. And of course you, dear reader, are absolutely nothing like this. But those other poor bastards you pass on the trail, heaven help them.

But listen to that description, CC. Does this sound like a person that you want to talk to? Should you not be happy that your interactions have been minimized? Whatever comes out of his mouth will not be profound or original. He might offer you tax advice or tell you how to adjust your rear derailleur or go on about some stupid bike race in Europe. The sharing of entertaining ideas is not something that you should look to this individual for. Just say “hello”, and end it there.

If you do insist on carrying on with conversation, look at his bike, hone in on the part that looks the newest, and say something like “nice handlebar. Where’d you get it?” or whatever it may be. That should keep him going for a few minutes. But really, only pursue this avenue if you’re stalling for time or afraid for your safety. If not, keep moving.

Chairlifts though. And Whistler. Oh my. We’re getting into dangerous territory here. For one, you’re trapped on the lift with these people for what can be an exceedingly long period of time. And if you think the above theoretical median guy sounds bad, oh boy, Whistler can often attract folks that are way worse. Families. Weird sort of muscle shirt wearing frat boy types. Schleyer lapping freeriders. You don’t even want to share “hello” with these people. I find that the best technique is to wear some kind of strange piece of clothing and then pretend that you’re from Eastern Europe and can’t speak English. They’ll usually leave you alone if you do that. 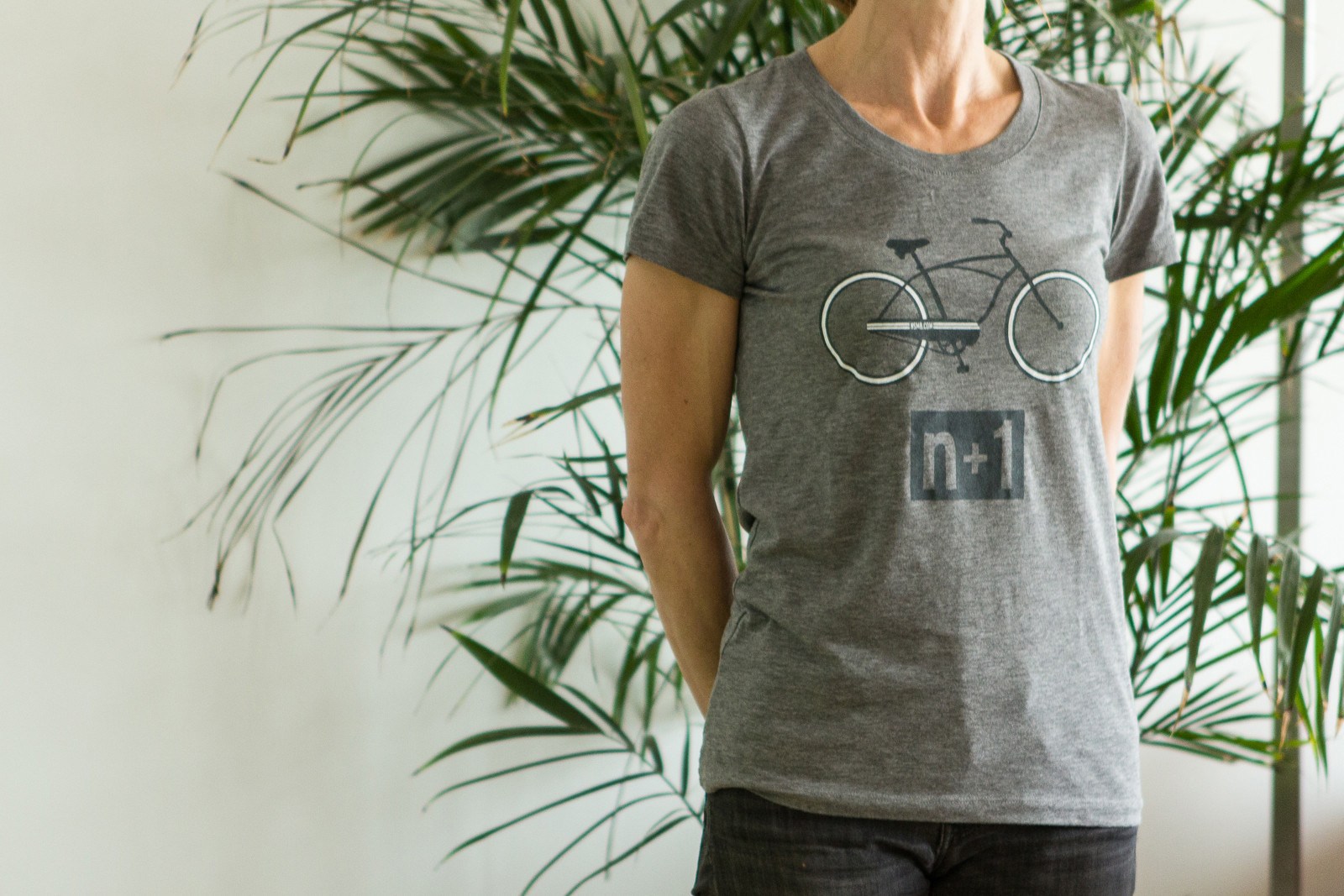 To the winner, one of our n+1 tees. Maybe this shouldn’t be worn on the chairlift.

Do you have a question that will satisfy Uncle Dave? Post it below or… Send it…

Hey, we do speak English in Eastern Eourope… and was that "strange piece of clothing" also related to this part of the world? have you even been here? I understand Uncle Dave is all knowing, but visiting Eastern Eourope would not hurt and could be a nice experience…
Apart from the above; great writeup… 🙂
chears from Poland

The uphill climbs and chairlifts are supposed to be suffered in stoic silence. As if you want to make friends and chit-chat on the downhill, either. You want to make smalltalk and "feel a connection"? Go to a bar.

So these are actually real things that I have been pondering -

remember
for a while there people were running 24″ wheels in the back for DH? I
guess that was to help cornering? Is that true? Either way, what do
you think of running a 29″ front with a 27.5 rear? This would, I guess,
help rolling over things in the front and then help with turning due to
the smaller rear wheel? Love to hear your technical thoughts on
this…

Somewhat related, but not totally. What are the
chances that the WC DH champion for the past 10 seasons, whoever they
were, was riding on the best bike in the field at that time. In other
words, they say in F1 racing the car is like 80% and the driver is 20%..
what do you think it is in WC DH or in DH mountain biking in general?
Is it all about the bike? Or could Ratboy beat the rest of the field on
a 1998 Kona Stab? I mean Vouilloz is considered to be the all time
best WC racer, but it is also largely agreed that he was on probably the
best equipment at that time, and certainly the most "professionally
engineered and developed" equipment at that time…

Cheers and hope you get some good questions to answer!

Best chairlift advice ever… If you don't wanna make new friends. 😉 Haha, still made me giggle, though.

I was looking forward to the answer to the Yoga question. Yes, seriously.

Haha, good job. That was funny and entertaining.