Graham Agassiz has been chasing the top step at Red Bull Rampage for years. The steep and loose Utah desert terrain suits Aggy’s big mountain style, and in addition to the FEST series jams, Rampage has been a big focus for him for the past few seasons.

In 2013 Aggy qualified in 1st place and nearly stomped a finals run that would have surely been a contender for first. In 2014 he repeated the qualifying performance, yet again solidifying his position as one of the riders to watch at this event, but a knee injury during practice kept him from the finals. In 2015 he was the top qualifier for the third year in a row, and strung together a run that landed him in 3rd place in the finals. Close, but not quite. And so the chase continued. 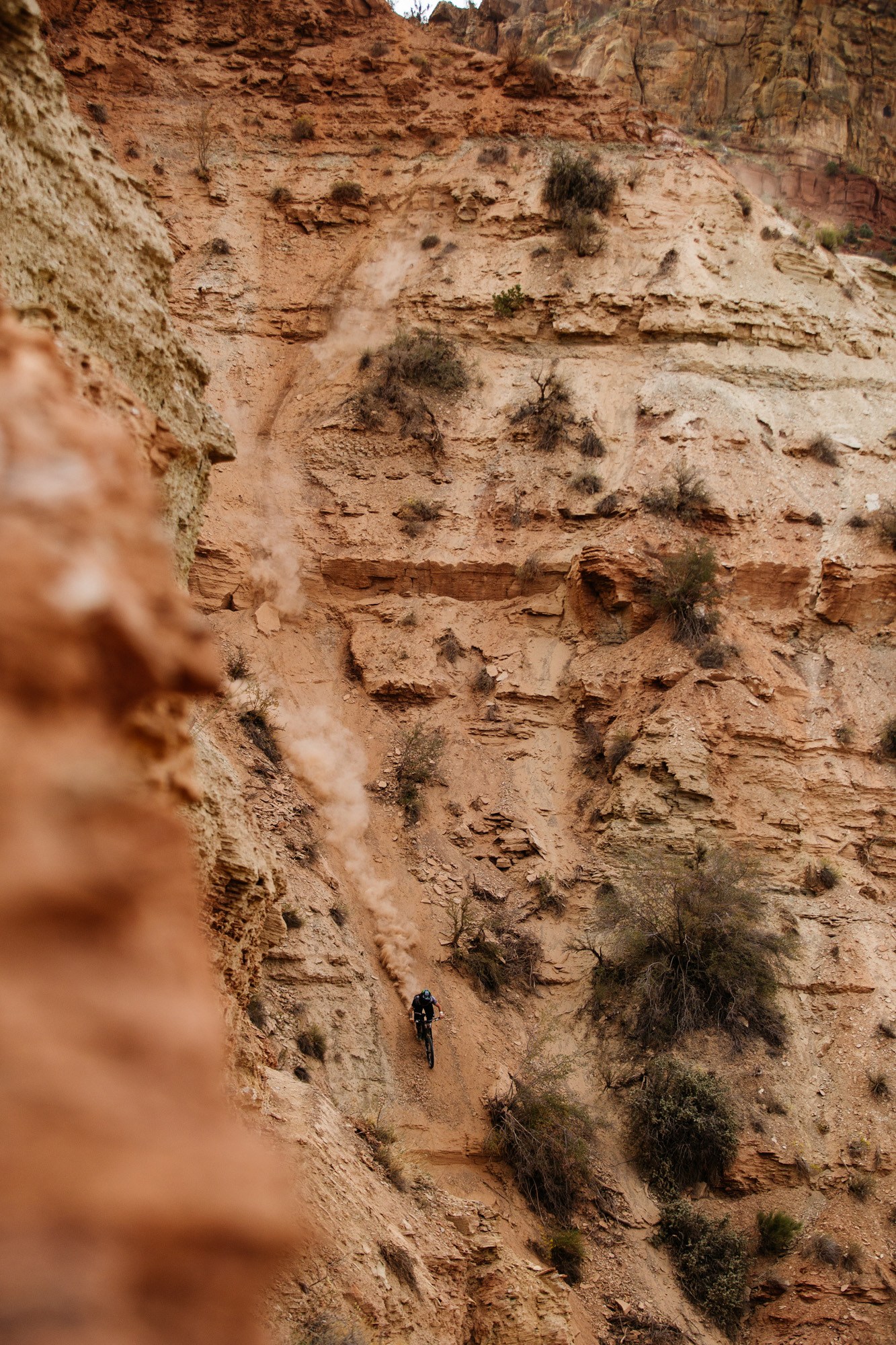 Rampage, as you might gather, is a fickle event. Every athlete who is invited to Rampage is riding a fine line between the run of their life and waiting until next year. After a week of hard labor prepping their line, every single element of a rider’s run is calculated, and those who stand on the top of the box link together a clean top to bottom run with style and amplitude. On those last two, Aggy’s got it.

With his performance in 2015, Aggy would have been pre-qualified for this year’s event, skipping the extra competition runs that he’d been forced to do the past three years. As it turns out, Red Bull changed the structure, and the rider list was invite-only. Of course, Aggy was on that list. 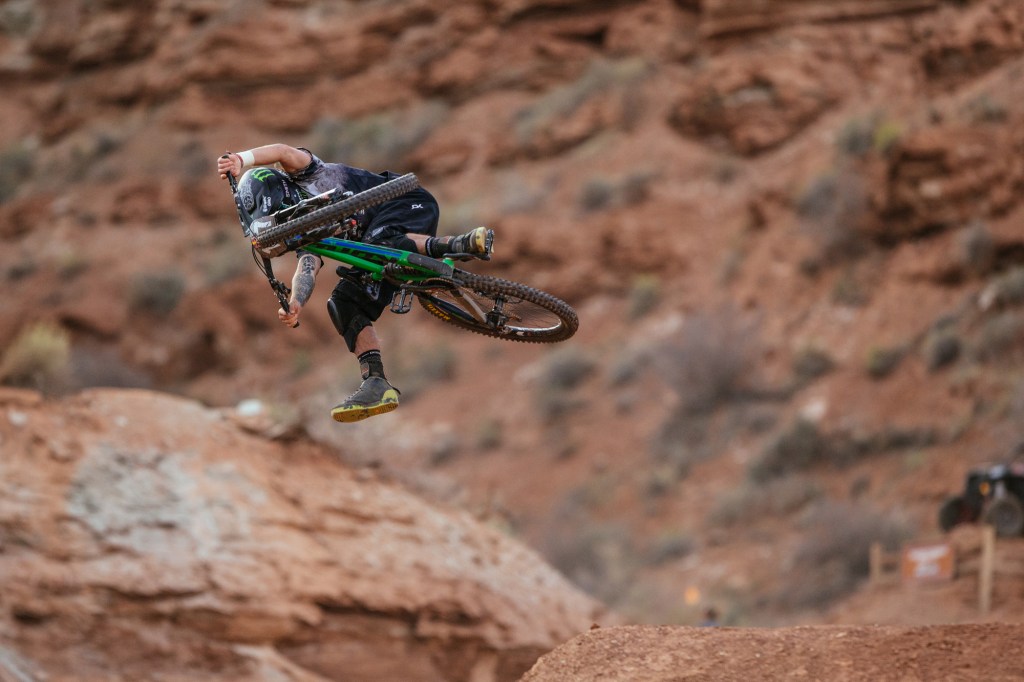 Arguably the most stylish rider at Rampage, and a fan favorite because of it.

Last Friday, Graham Agassiz was on the run that very well would have taken him to his first victory at Rampage when he went down hard on a huge 360 stepdown. He was taken to hospital in St. George, Utah, and diagnosed with a broken pelvis and six-to-eight weeks’ recovery. From there he transferred to Kamloops hospital, where we caught up with Aggy for a first-hand account of the crash. Here are his words:

My run was feeling really good, though I was getting blown once I got to the mid ridge section of the line and at that point was almost on autopilot just trying to hang on and get down the mountain.

As soon as I initiated the spin off of the lip it felt like it was going to come around perfect, I remember thinking to myself “I can’t believe I’m about to stomp the biggest move of my life!” But, as soon as I got to 270 degrees in my rotation I could see my landing strip and I could tell right away that I was slightly off of my mark. 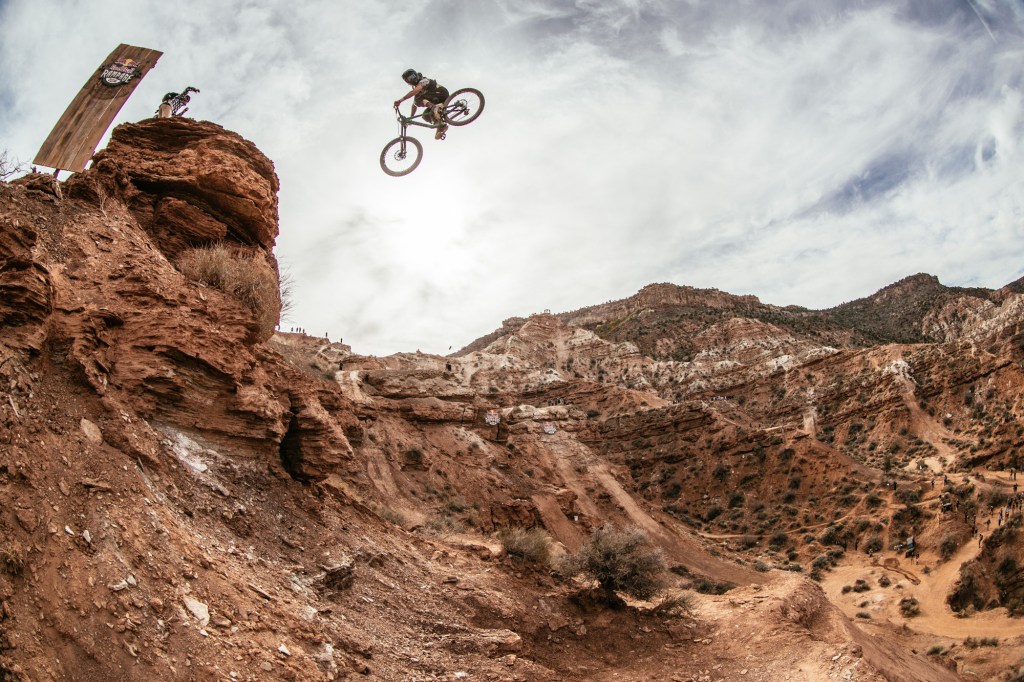 The actual drop that took Aggy out. Nobody, not even his fellow competitors, was expecting him to 360 this.

By the time I completed the spin it was too late, I clipped the overhanging rock shelf only two feet to the right of the top of the landing. This then immediately ejected my bike from beneath me, where all I could see was this big boulder protruding from the right side of the landing where all my momentum was being thrown into.

The initial impact was beyond aggressive, as the right side of my torso then slammed and wrapped around this rock, and then I continued to get tossed down the rest of the landing, ragdolling to the bottom. The rush of pain that flooded my body was like nothing I have ever experienced before. I quickly checked to make sure my legs were still working which was a huge relief, but once that wave washed over me I knew it was bad. 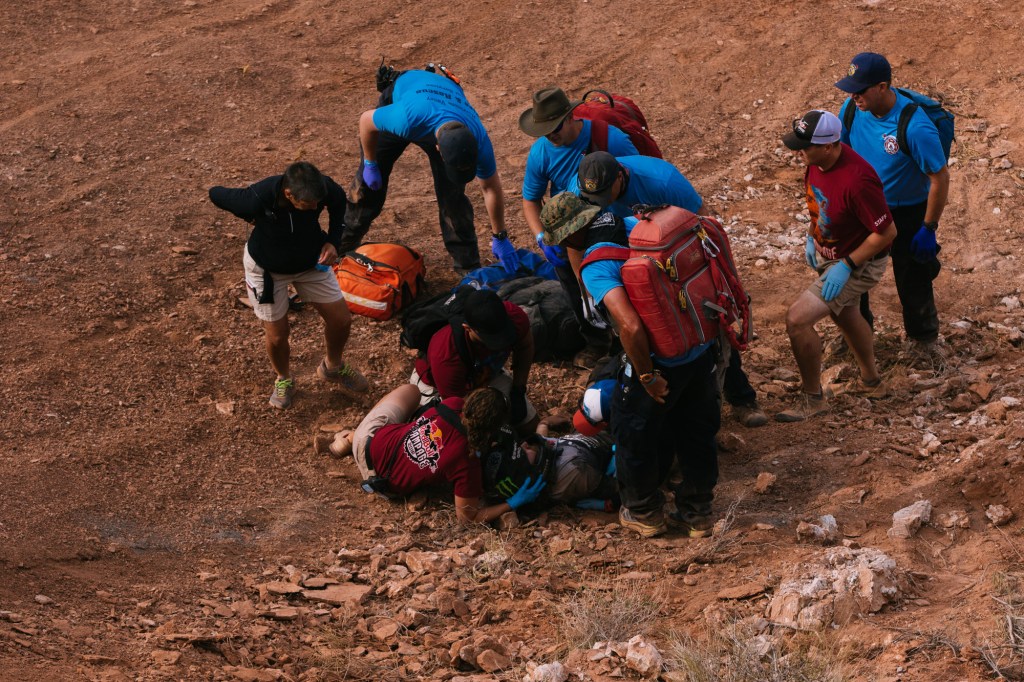 Aggy was thankful for the on-site treatment provided by Red Bull and H5 Events.

The pressure of competition definitely played a role in this incident. Looking back I went against all of my knowledge and experience of what I know can happen in these scenarios with the wind. On any other day I wouldn’t have dropped in.

The anticipation of watching from thousands of miles away, of knowing our rider was capable of laying down a winning run and seeing him go down was gut-wrenching. We wish Aggy a speedy recovery and look forward to seeing him back on the bike soon.

Sending all the healing vibes Aggy’s way, and hoping he gets well again soon.

That checking if the legs are still there / still working, is very common! I've been hit by a car and did exactly that, while at the same time being in a lot of pain.

I think this Rampage thing is two lines too much. I see no reason for riders to risk their lives for a couple of tricks in the desert.