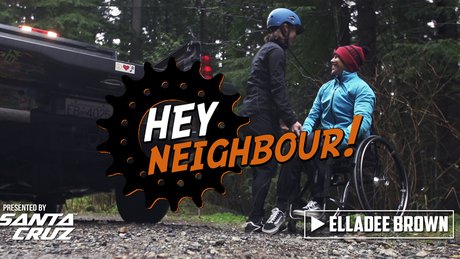 MTB Fighting for Life in Portland

Commissioner Amanda Fritz said: “We don’t have studies or findings…”

See what Ryan Leech has been up to lately… From raising awareness for traumatic brain injuries, to teaching you how to wheelie in 30 days.

Come out of the darkness and into the light…

All of a sudden, Pearl Izumi’s apparel is starting to look more relevant for the Trail/AM crowd.

100 seconds of pure shredding with Brandon Semenuk, with no music.

“Secret” training in France for the EWS…

“…she is gone, leaving nothing but a thin track of dirt on the road trailing behind her.”

“…a trio of female athletes who will be racing the Enduro World Series and select international events in 2015.”