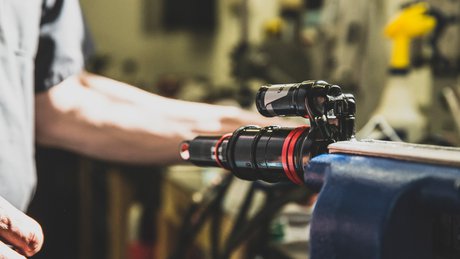 Sorting Through The Wreckage

Spills, thrills and more than one abandoned building to play around in…

Worst Crash Ever on Crank It Up?

"My friends and I were goofing around, passing each other, and riding way too fast in slow sections of the trail..."

Claudio goes down thinking he might have an ace in the hole over Greg and it doesn't go well...

“While his classmates were preparing for their last day as high school seniors, Luca was in Leogang, Austria, getting ready for the third UCI Downhill World Cup of 2015.”

Are Fat Bikes Fun to Ride? Even for the Beardless?

Neil Donoghue tries to answer the question some people want answered by laying down fat rubber...

Behind the scenes as Peat goes to rehab, Minnaar and Rat Boy hit Andorra for some ‘cheeky worlds practice’, and Minnaar’s big win at Ft. Bill.