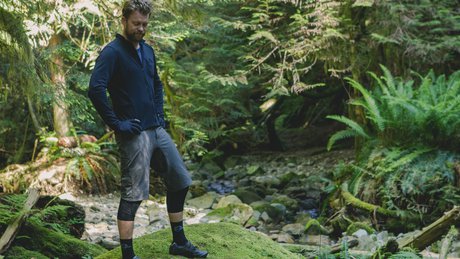 Auclair and Fransson were caught in an avalanche and killed while climbing Monte San Lorenzo in Chile.

We’ve got a boat load of videos from qualifying to serve as an appetizer.

We won’t spoil it unless you click this link, and if you do that you asked for it

A GoPro intro vid should be good, but this is way better than that. Watch it on the biggest screen you can, with the best sound you have.

Qualifications continue and the results board gets shuffled...

Word is that Kelly is okay after this wee tumble over shooting the 72 foot canyon gap.

“Extra points were given to the solid contingent of hardtailers and an ongoing contest for the heaviest bike kept the vibe low-key, but make no mistake…”