How do you choose between two sweet Chromag hard tail bikes? It's all about the flavour of the moment.

Many people think that manualling is about pulling up on the bars - this little clip dispels that myth and shows you how to use a manual on the trail...

Seven rounds of World Cup DH Racing begin in Lourdes in April and finish in Val Di Sole in August but World Champs return to Australia in September...

Sane bottom bracket designs that thread into themselves for improved performance and longevity as replacements for press fit bottom brackets.

"Some scoundrel, maybe even the Industry, had taken that rock and skinny filled monstrosity and replaced it with a baby-bottomed smooth “flow trail” that required zero skill to navigate...'

Dodging Bullets on the Trail

“As soon as we realized how close the shots were, we heard at least two zip past just ahead of us seemingly at head level.”

Several years of toil for one of the sweetest trails in BC...

It appears as though Danny just rode along and got filmed - but he crashed many times before he got everything right... 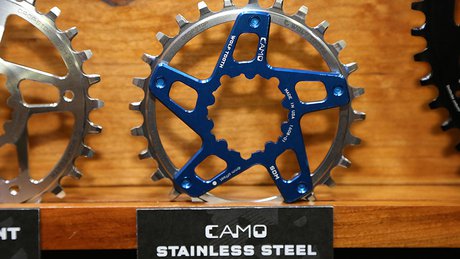 Tired of replacing narrow wide chainrings? Stainless may be your ticket. And if you have been hanging onto some 135 hubs - salvation is at hand...

See Antoine's 2nd place run from his POV as well as the live footage from the event - both are impressive as hell...

Keene gets back to the roots of cycling with a classic rig, and discovers nostalgia isn't all it's cracked up to be...

A new venue, fewer riders and no pre-built features made for an interesting day of viewing - marred only by wind and one potential injury...

The turbine smooth, big, and of course stylish winning run that everybody spent the day chasing....

Can Gee manage to catch 400 other riders on the way down the course, or will the wily hounds outfox him?

"I had a couple Code Brown moments, but quickly adapted to the quicker handling of the Hei Hei Trail..."

Danny’s Wee Day Out – Behind the Scenes

Who wouldn’t want a peek behind the curtain? On set with Danny MacAskill’s Wee Day Out – Behind the Scenes.

The Claw and Tmac Take on Impassable Ridge

Organizers wanted to fence of 'the impassable ridge' at first - but The Claw convinced Tmac and soon they became a team of four sandbaggers...