You don't need massive jumps or tons of prize money to feel the white hot grease fire of competition among friends...

Raw Dusty Days in the Alps

No snow in Switzerland means riders are having one of the biggest seasons in years...

Some truly incredible lines from the past year...

The Disneyland of Mountain Biking

Kevin Landry and Dustin Adams get after the goods in the magical playground that is Squamish.

"I’ve been giving it a thorough thrashing through our wet fall, and it seems like the right time for an update on the longer term performance..." 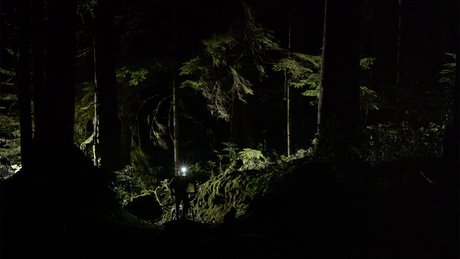 "I pointed my bike downhill and half rode, half skied my way back to my house..."

"Surrounded by the Selkirk, Kootenay and Monashee Mountains, Revelstoke, British Columbia prides itself on its access and surrounding terrain..."

Commençal and Dakine announced the signing of Whistler’s other famous Frenchman: Yoann Barelli.

It's a mashup from the master of the fisheye lens and metal soundtracks...

Kyle Mears gets Next Level Steep

This line gives me nightmares and I've never seen it in person - but Kyle Mears steps up and rides it a Billy Goat...

Ask Uncle Dave – How do I Break my funk?

"It's easy to feel inadequate if you aren't slaying foreign trail with a Red Bull in one hand and a Gopro in the other..."

The renowned track at Champéry might be bone dry right now, but the ski world's loss is the bike world's gain.

Claudio's had one hell of an action-packed year that's been condensed for your viewing pleasure.

Todd's list is simple: a tool and a trail. But what a trail and tool they are.

It's the perfect blend of tire-shredding, whistle-blowing action to wrap the year up.