"I've been to B.C many times, but I think that this one was one of the best trips ever..."

Bas van Steenbergen ripping through the forest will leave you chomping at the bit to hit the trails.

There's no place like home when you live in one of the best outdoor recreation capitals in the world...

Not satisfied with his Hard Line, Dan has taken his trail building to a whole new level in the forests of Dyfi...

"Holy Crap who is that guy? Who is that spinning man with the beautiful haircut? I wanna hear what this guy's gotta say...?

Four riders and their crews slaved for days to make this line rideable - when the organizers thought it was impassable - but Darren Berrecloth styled it out...

The Age of Ladder Bridges

Does your dropper cost only $200? Is it user serviceable - even on the inside? Does it have a replaceable cartridge that costs just $20 - after your warranty expires?

How to enjoy the last few moments of loamy goodness before hanging up the bike for the season...

Mitch Ropelato pedals with the same professional innocence as a preschooler who’s just unlocked the magic of two wheels...

Santa Cruz got wind of Martin’s campaign to raise money for a new chainsaw, so they decided to just buy it for him. Presenting the Unicorn Slayer. 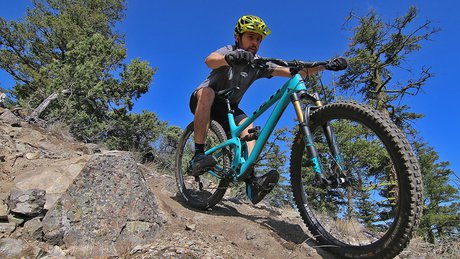 “The AM7 shoes look like an early 2000’s Michael Jordan took up hiking. Which I think is kind of awesome, by the way…”

Watch one of the biggest freeride events in Europe unfold over 6 action-packed days in Tyrol, Italy...

It appears the CMHC has met with stakeholders and is willing to allow continued access to the lands under their management on Seymour...

How do you choose between two sweet Chromag hard tail bikes? It's all about the flavour of the moment.

Seven rounds of World Cup DH Racing begin in Lourdes in April and finish in Val Di Sole in August but World Champs return to Australia in September...

Many people think that manualling is about pulling up on the bars - this little clip dispels that myth and shows you how to use a manual on the trail...