Capable, “long” travel bikes with gigantic wheels have been popping up plenty this year, and between us, the members of NSMB.com have sampled various bikes that have overcome a lot of the “issues” and “hangups” that could befall a big wheel bike with big hitting tendencies: long and wobbly steering, big bums and a slouched attitude which would make them longer than a summer release movie, and just as dull. 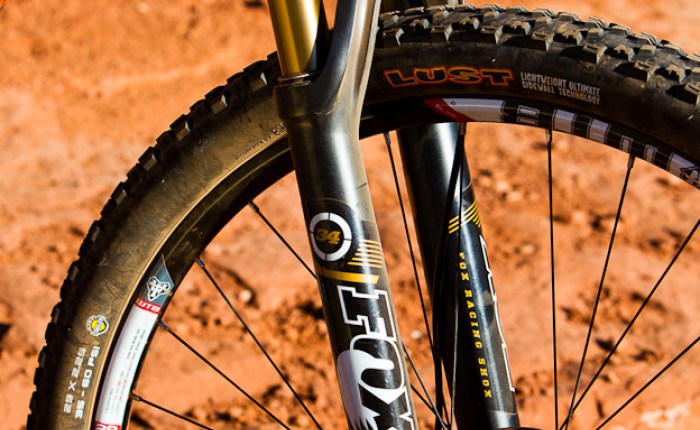 The 34 29 was released as a 2012 model later than Fox’s usual timeline to supply OEMs. The 34 platform has now been extended to all three wheel sizes. Photo ~ Dan Barham

As bikes have changed the length of their skin, so to have component manufacturers had to update, recalculate and propagate their wares. Forks are something which, in my own opinion, are one of the key components of any bike but have been challenged even further when strung onto a bike with giant hoops at each end.

Fox released its Goldilocks fork in 2012 specifically for the 29er market but in 2013 have expanded the 34 range from two to six models, including 26” and 650b options all aimed at the Enduro market (the artist formerly known as All-Marketing). 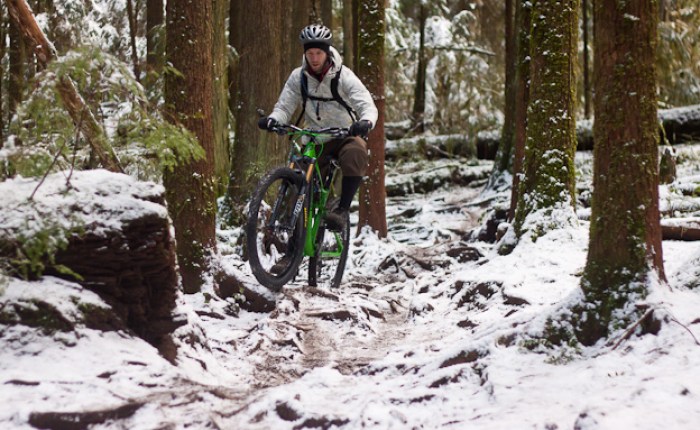 One of the first bikes to pop up with the Fox 34 chassis was Transition’s Bandit 29 with the 140mm Float up front. Photo ~ Morgan Taylor

The 34 forks offer increased stiffness boost over an equivalent FOX 32 fork but shed weight from a comparable FOX 36 fork. To drop the weight but increase the torsional stiffness FOX engineers redesigned the brace, dropouts and wall thickness of the lowers, as well as going to the middle ground of stanchion diameter.

Out on the trail – where ‘long travel’ 29er hits come thick and fast – the FOX 34 offers a stable platform for rider to explore the potential of the trail and the bike. I have ridden the 34 on three different bikes this year and each one has felt stout and direct with their steering and braking when challenged. Moving to the FOX 34 on my own bike has greatly increased lateral line finding, braking, concentrated edge finding and punchy weight distribution.

Many commentators have been quick to bemoan FOX’s decision to move to 34mm chassis on their 29” forks and speculate that FOX should have gone to a full 36mm chassis and 20mm bolt-thru.

Firstly, the 29er 34 is a lighter alternative to going to full 36 chassis. Reducing mass from the lowers reduces un-sprung weight which affects the rate of inertia the damper needs to control. The less the damper needs to work controlling the forks own girth the more it can work on handling the trail burden and the tonnage of the rider. And the more it is working on doing its job and less of dealing with its own hangups, the better the performance should be.

After years of development, Banshee’s Prime 29er is just hitting the market now. At least they can be sure the forks are up to the task. Photos ~ Derek Dix

Secondly, some people have questioned the ability of the FOX/Shimano 15QR on the 34, saying that a 20mm axle (like is present on FOX 36 models) would do a much better job at stiffening the fork. I think some people are too hasty to discredit the 34 on the basis of this one point of clamping. FOX have worked on the whole fork to increase overall stiffness: at the brace, crown, and chassis.

FOX’s chassis feels like it resists the twisting forces that characterize simultaneous turning and braking motions. It feels torsionally stout while hunting for edge traction when a bike is angulated in quick cut turns and long arcing carves. But also it feels like it resists the fore-aft tension which comes under heavy braking and radical changes in the horizontal plane of the bicycle, i.e. the abrupt g-outs that occur at the bottom of rock rolls and steeps, something prevalent on BC trails.

So is the 34 the Goldilocks fork? For this application, (long days in the saddle while trail thrashing and speed hunting, whether on an 29er or 26”) is the 36 a little too chubby and the 32 just a little too insubstantial, while the 34 is just right in-between the two?

From my experience on the FOX 34 29” I would say yes. I feel the 32 at certain travel lengths (140-150mm) becomes a little overwhelmed and the 36 is just overkill for most people. It is not a “perfect compromise” or “the best of both worlds”, but rather something very special. I don’t think ‘in-betweener’ argument works for other current size related issues. 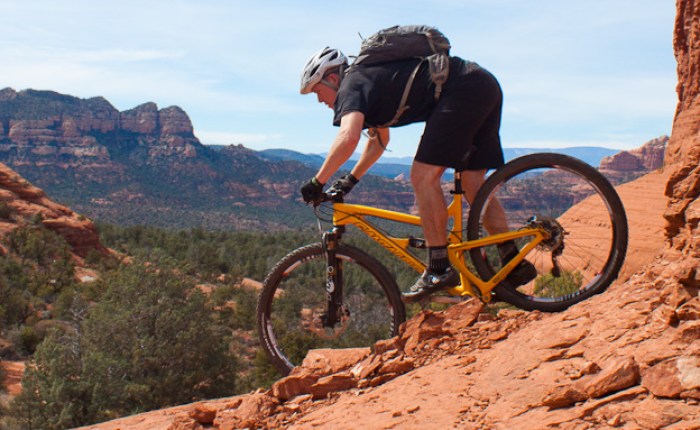 Josh Kissner works behind the scenes at Santa Cruz, and has been putting the 34 Float 29 to the full squish test for as long as it’s been available. Photo ~ Morgan Taylor

In other considerations, the Kashima coating – a process where an anodized layer of molybdenum disulphide is imbedded into the surface of the alloy of the upper tubes of the forks, and which reduce friction, increase reliability and durability by increasing the hardness of the aluminum, and offer better lubrication characteristics – is still going strong. There are no signs of wear and tear, and while it is hard to compare apples and oranges, I would say the Kashima coating really does offer performance benefits because it allows the compression circuits to be doing their job with more clarity.

We should make it perfectly clear that our test model was a 2012 model and not the simpler 2013 CTD version which has three easy to decipher compression settings – Climb, Trail, Descend. Rather than the singular switch that designates FOX’s factory prescribed compression settings to climbing, riding along, and descending, the 2012 model has and low-speed compression, lockout, lockout threshold, air spring pressure, and rebound damping.

Personally, I am a fan of the damping and spring curve of FOX single-crown forks. I particularly like the balance they give to maintaining suppleness and yet still supporting a rider’s weight in the middle and end of the stroke. Some people complain that they don’t get full travel on FOX forks. The last stage of the forks travel is reserved for the very biggest of hits and I like that the fork ramps up and supports all the way through the stroke.

Have you any experience with the Fox 34 or other long-travel 29er fork options? Chime in below…