For 2013 Norco is jumping full bore into the 650B arena, going so far as to dub the new bikes “Killer-B”. The 160mm Range will now be a 650B-only bike, and the 140mm Sight has been redesigned with both 650B and 26″ versions. We were given the chance to ride both of the 650B bikes on Burnaby Mountain’s trails and skills park. While this isn’t exactly gnarly Shore terrain, I’m familiar with the trails and was able to push the bikes quite a bit.

Poring over geometry charts, I’ve noticed was that all bikes in the Norco lineup have geometry on the aggressive side of average. The Range 650B has a 66.5º head angle, while the Sight is a 67.5º in both 650 and 26. Instead of compensating for the larger wheel with a steeper head angle as you may see with other manufacturers, Norco has maintained the same numbers as the previous bikes which pushes them a bit further toward that aggressive side.

Both bikes now feature the Gravity Tune system from the Aurum, which is a different chainstay length for each of the 5 sizes. This is accomplished by locating the main pivot slightly fore or aft depending on frame size, with the intent of having good weight balance for riders of all sizes. Being a taller rider but enjoying the playfulness of a shorter rear end, I’m not yet sure what to think of Gravity Tune.

The Sight is surprisingly nimble and hardly feels like a bigger bike than the 26″ version which I have ridden a fair amount. In fact it feels more like putting a mid-weight tire on your XC bike. I was confident blasting it into chunky sections, but it still pedaled great, and maintained momentum like a hot damn.

The 650B Sight 1 is targeted to come in at 28.5 pounds with the Reverb post and Schwalbe Nobby Nics. 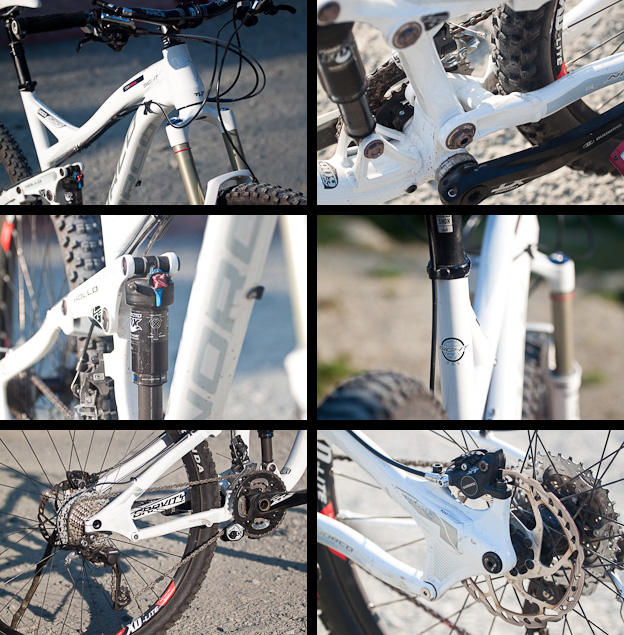 The Sight 1 spec is mostly XT, including a Shadow Plus derailleur, with a splash of Race Face and a Reverb post. A Rockshox Revelation fork handles front end squish while a Fox CTD is out back. 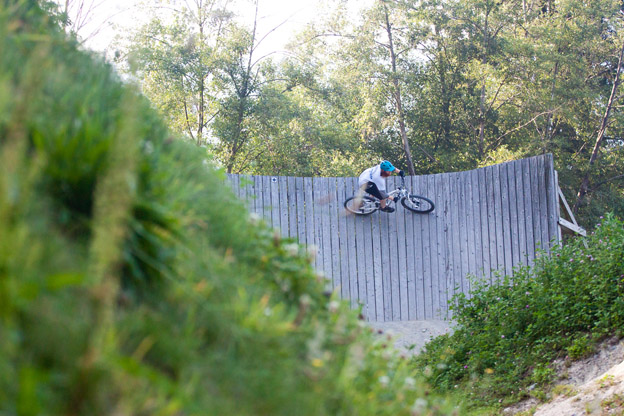 Highlining on the Sight 650B. Photo ~ Darcy Turenne.

I hopped on the Range after the Sight. Immediately the longer front end was noticeable. 20mm more travel and a degree slacker, and slightly heavier tires, it felt way burlier. Definitely more of an AM bike than a Trail bike, though that’s what its roots are. I was happy to see the 66.5º head angle was maintained from the 26″ predecessor. It’s definitely the kind of bike that I’d like to pedal up and down the Shore a bit more. 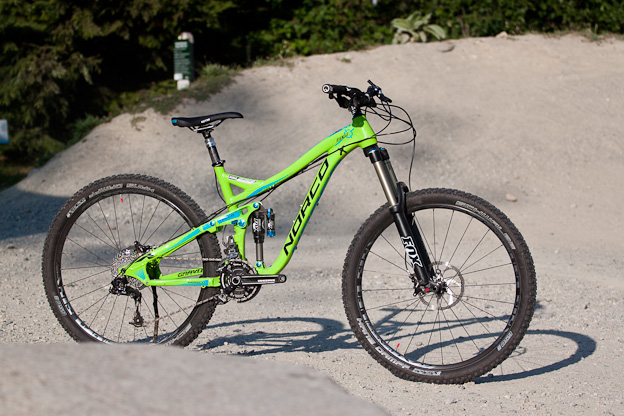 The Range 1 is targeted to come in at 30 pounds even with the Fox 34 and DHX air shock. 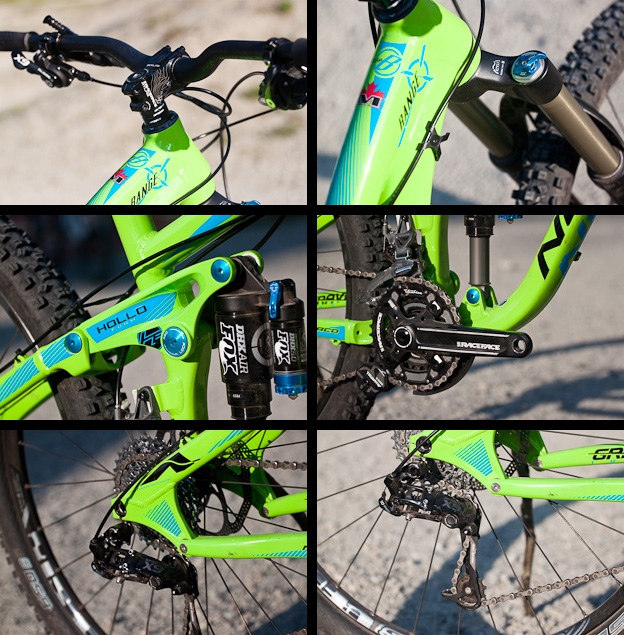 The Range 1 features a smattering of Race Face components and a SRAM X9 drivetrain. 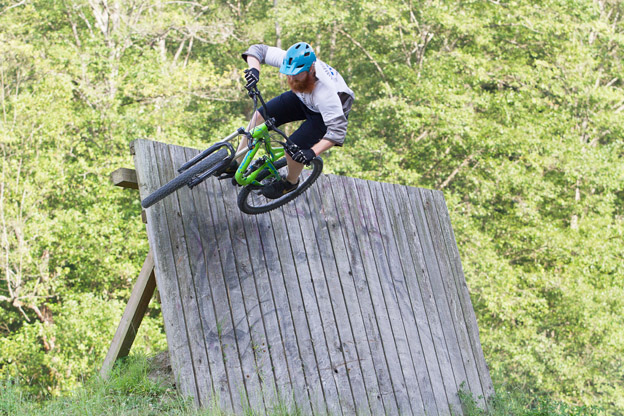 Popping off one of the smaller wallrides on the Range. I sent it through the large dirt jumps a few times and it handled the boostage just fine… Photo ~ Dustan Sept

That’s it for now for the Norco Killer Beez. I’m hoping to spend a bit more time on the Range and will likely line that up in the next little while. If you’ve got any specific questions, I’ll do my best to answer them below.