A week has passed since we crowned Mark Matthews NSMB’s newest AIRprentice, and that means our Money Shot contestants have finished up their respective video edits and slideshows. Over the next three days, we’ll be rolling out one photographer and one videographer per day.

To keep up the post-contest buzz, we’ve decided to give the Money Shot shooters one more chance to win: whoever does the best job of pumping their video through Facebook and other social media by Monday, July 22nd will win a 2012 RockShox Lyrik!

A winner will be chosen for the Money Shot grand prize – media passes for Crankworx Whistler and Red Bull Rampage – at the same time. In the meantime, enjoy the visual delights provided by our Money Shot photographers and videographers.

Our second pair of shooters are Andrij Chubaty on the video side and Lindsay Donovan for photo – they got together with Mike Brothers, Stephane Pelletier, and Ben Byers for the sunrise photoshoot on Day 1 of AIRprentice. 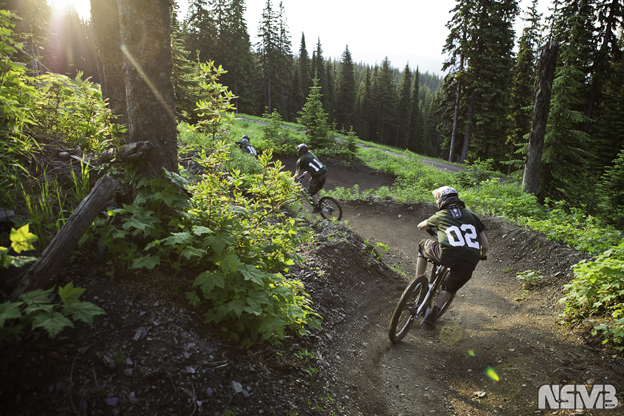 Ben Byers cranks it up on Shazam. Photo ~ Lindsay Donovan 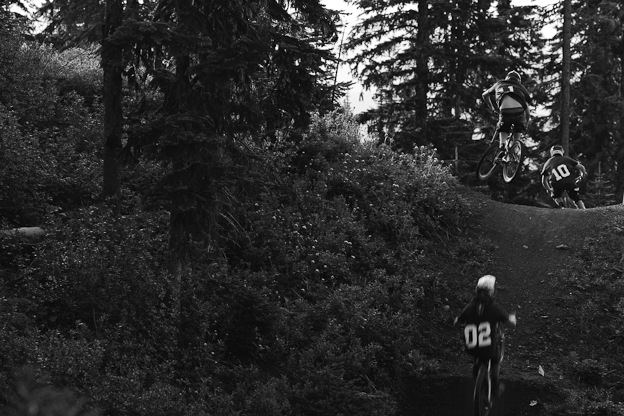 Step it up… Photo ~ Lindsay Donovan 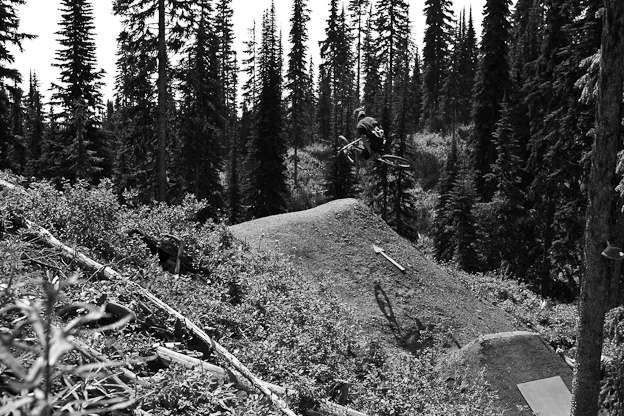 Mike Brothers with a one handed whip on the Mother. Photo ~ Lindsay Donovan

With a RockShox Lyrik on the line, it pays to pump up your favourite photogs! Head over to Facebook to give Andrij and Lindsay a boost – and leave a comment below…