Great Britain’s Gee Atherton held on with the fastest times in both the qualifications and the finals to take the title of the inaugural Giant Air DH supported by Fox with a time of 4:26.87. New Zealand’s Sam Blenkinsop was through the gate with the second fastest time of 4:32.49 and South African Andrew Neethling came in third with a time of 4:35.90.

“The track was good and super fast. We thought it was going to be a lot calmer but it was a gnarly track. Good fun though, it is a really good course,” says fastest man Gee Atherton.

Rachel Atherton also commented on the technicality of the course. “The track is one of the hardest tracks I have ridden this year, for sure,” she says. “I didn’t fancy going off the big step down. I need to stay healthy for the World Cups. I just tried to ride the track good and fast, and get some lines. You have to push where you can and hold back when you are nervous.”

The course is a new addition to the Les 2 Alpes Bike Park and was designed by Mick Hannah and Marc Beaumont, who just missed the podium coming in fourth overall. The trail crew of the resort of Les 2 Alpes built the trail with Ayton Concept and Seb Chovet, co-producer of Crankworx Les 2 Alpes.

“We started building the track ‘Fury’ for the Air DH last October 2011 and we finished this year in June,” says Chovet. “We will take rider feedback to integrate some changes and I have already talked to designer Marc Beaumont who said it was a tough race but that he loved the track.” 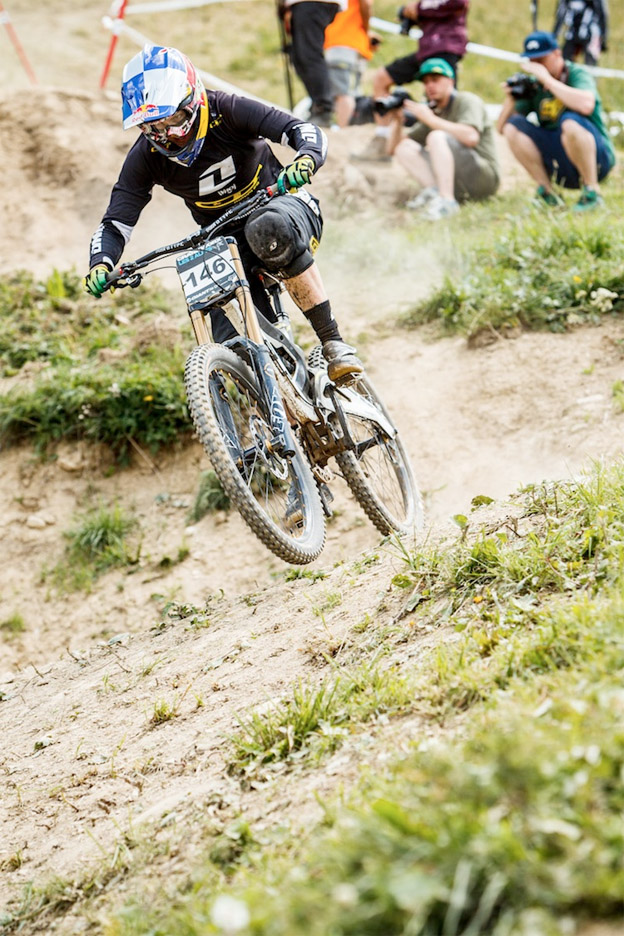 “Fury” drops a total of 700m over a length of 2.8 km and is open to the public as a double black diamond trail in the Les 2 Alpes Bike Park. The length coupled with technical sections of single track and huge jumps, including the now infamous road gap that took out third place qualifier Aurelian Giordanengo, make “Fury” an apt name.

The fastest amateur, Raymond Orre, got hooked up after pulling in a time of 5:10.32. Giant will be signing him onto a year long contract as a rider and Fox will be outfitting him in the latest kit. Giant has signed Orre into a sponsorship contract for the 2013 season including awarding him with an ATV Glory 2013.

Next up on the Les 2 Alpes’ schedule of events is the SRAM Dual Speed & Style, on Thursday, July 12 at 6:30-8:00pm. This hybrid event will see competitors racing through the dual course on side-by-side, tricked-out tracks throwing style into their air on the mid-course booters to earn time credits. 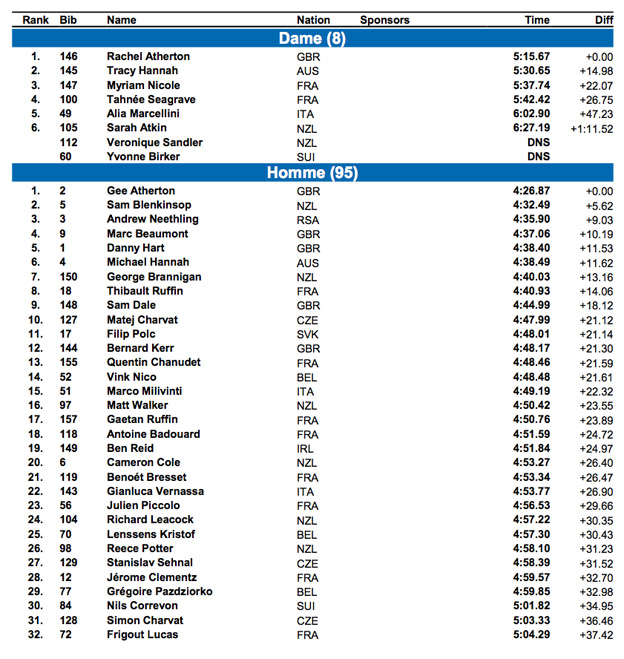 The Red Bull Media House and Boombox Productions, Crankworx Whistler’s long time live event producers, will produce live webcasts to transmit Crankworx Les 2 Alpes to the masses via the internet. Check back on NSMB.com for the live broadcasts and replays.

A lot of big names in that roster, but a huge gap between them in the finishing results. What’s in the Athertons’ wheaties?