Scott Bikes have been holding the ScottWeek Product Launch in Sun Valley, Idaho for a few years now. Unfortunately Cam couldn’t make it this year, so his loss was my gain, and I jumped at the opportunity. Ever since that iconic segment in Roam with Peaty and Shandro I’ve wanted to come and check out the riding here.

After an early start on Thursday our flight landed around noon local time, to rain. Seriously, I thought this place was called Sun Valley. Is this some sick joke? After having an internal cry I found driver Bob, and we headed out to Sun Valley, which is a 25 minute drive from the airport. Luckily it was sunny once we got to the resort and my spirits lifted. The terrain here is dreamy, with endless mountains and valleys in each direction. Single track trails snake down the hills, the mere sight of which resulted in sweaty palms. 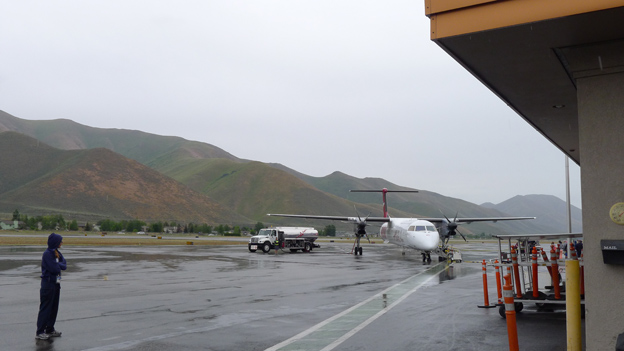 How is this even possible?

Thursday afternoon was spent at Scott USA HQ. After quick look in the showroom the presentations got underway. Scott is gleaming over the launch of three new bikes for 2013: the new Gambler DH bike, the Genius 900 29” trail bike, and the Genius 700 27” (650b) trail bike. 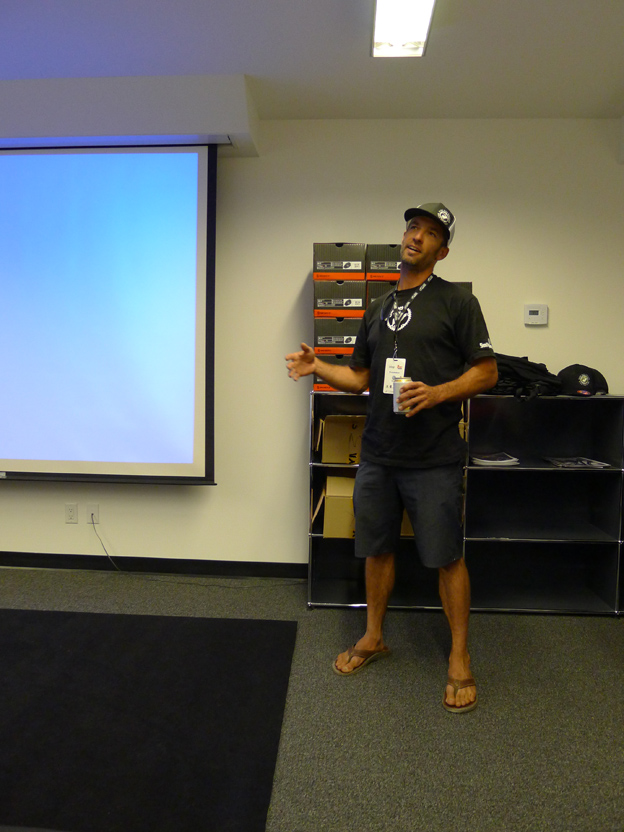 Before the presentations we were welcomed to Sun Valley by Chopper himself.

Scott Bikes’ goals for the Gambler were to reduce the frame weight, centralize the frame weight, maintain the stiffness of the old frame, update the geometry and provide geometry adjustability. Scott claims they’ve met all these goals. The new Gambler is 700 grams lighter than the old Gambler (3900 grams without shock), with the majority of the mass centered in the frame. The new Gambler boasts adjustable chain stay length, adjustable bottom bracket height and adjustable head angle using a combination of flip chips, multiple rear axle holes and offset headset cups.  The bike looks low and slack (fast) with a stock head angle of 62 degrees in the low setting and chain stay lengths from 421 to 440 mm. Oh and the matte green paint just looks gorgeous in person. 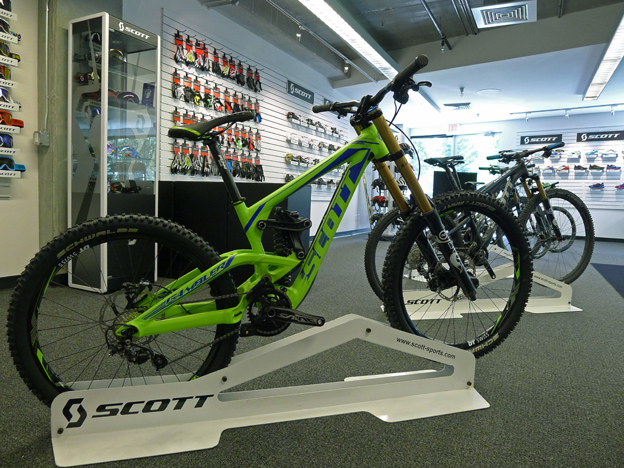 The all new 2013 Scott Gambler DH bike looks the business.

Scott set out to redesign the Genius, and decided that big wheels were the way to go. The existing Genius was a 150mm travel bike, but Scott found that for the big wheel, 130mm was the maximum travel without severely compromising frame geometry. Hence Scott has developed a 29” 130 mm travel Genius dubbed 900 series and its sister the 650b / 27″ / 700 series 150 mm variant. More on the 27” Genius further down.

The 700 series and 900 series Genius frames share the following features. Both have models that range from full carbon, hybrid carbon / alloy and full alloy frames. All models get the Twinloc, which offers the rider three compression and spring stiffness options from a bar mounted lever. Scott moved away from the Equalizer pull shock, and now uses a standard length DT manufactured push shock. Scott claims the new Genius is 20-30% stiffer than the old Genius (depending on the deflection test). The new Genius sports a tapered headtube, ISCG mounts and pressfit BB. Frame weight with shock is 2300 grams. Based on the demo models we rode the component spec looks well thought out and appropriate for the intended use of the bike. The demo bike frames look beautifully made with tasteful graphics and paint. I think the new frames look fantastic.

900 Series (29”) specific details; the top spec bike weights in at 25 lbs (11.3kg) and certainly feels light for a fairly aggressive trail bike. Geometry highlights are a 69 degree head angle (in the low setting) and 450 mm chain stays. All models come with a 130 mm travel Fox 32. 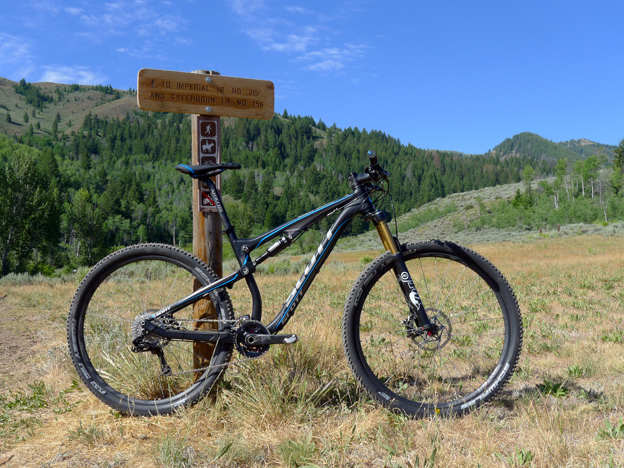 Arguably the most exciting part of this product launch is the new Genius 700 series, 150 mm travel, 27” wheel trail bike. Scott has chosen to work with the 27” nomenclature instead of 650b as all other mountain bike wheels sizes are commonly referred to in inch measurement. Scott claims the 700 series Genius is marginally stiffer than the 900 series Genius. Top spec bike weights in at 25.5 lbs (11.6kg), the added weight coming from the beefier Fox 34 fork, which is spec’d on all 700 series Genius models. Geometry highlights for the 700 series Genius is a 67.7 degree head angle in the low setting and a 440 mm chain stay. I’m looking forward to spending some time on the in-betweener wheels and feeling out the differences to the 29” Genius. 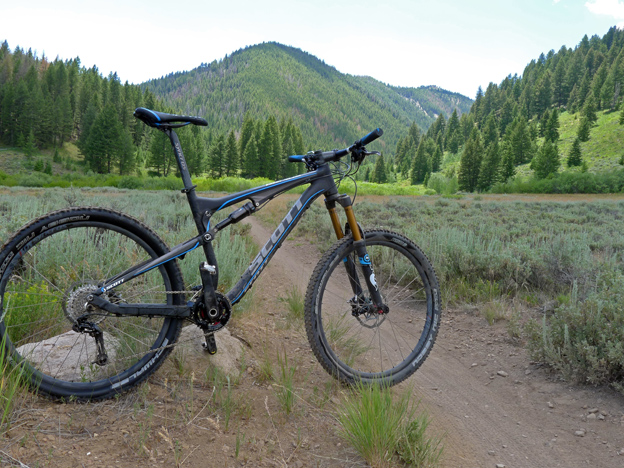 We’ll be spending a few days riding on both the 700 and 900 series Genius, but unfortunately won’t be able to test the Gambler. I had a ton of fun out on the Genius bikes, and will post up a full ride report and review soon, so check back soon. TC out.

I’m warming up to the looks of the new Gambler, and the new Genius series is well-placed in the current trail market. Could the light weight 29er or the burlier 27″ Genius be your next up and down trail shredders?