A feeling of trepidation fills my bones with the release of these results. Well, not only trepidation but huge excitement too, still feeling the high from how stoked people seemed to be! But I am confident now, having finally sorted through the overwhelming data – double and triple checking – that we have the winners.

As expected, time additions and deductions made a huge difference in the final tally. What wasn’t anticipated was the time addition to how long it took us to figure out who actually won!

At the after party Saturday, after having deliberated for 3 hours over the results, we thought we had the clear winners. Unfortunately we were a little hasty tabulating all the time additions and deductions and it seems that the results have changed. I sincerely apologize to the teams who are affected by the changes, more specifically Team Chromag Kermode and Team West Coast Racing. 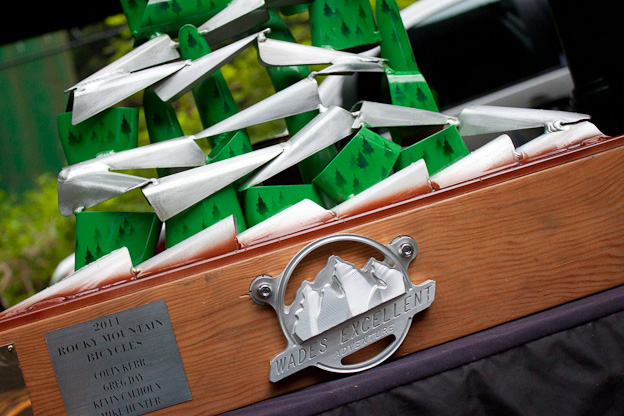 Congrats to Team Dre aka Rolling Thunder – Andreas Hestler, Matt Ryan, Marty Lazarski, and Ricky Federau – who will have their names immortalized on the Fromme Cup for 2012. 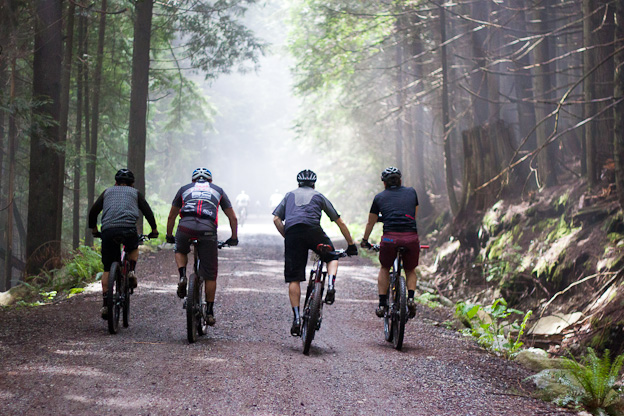 Rolling Thunder, how appropriately named, as thunder did indeed roll off in the distance while this shot was taken. 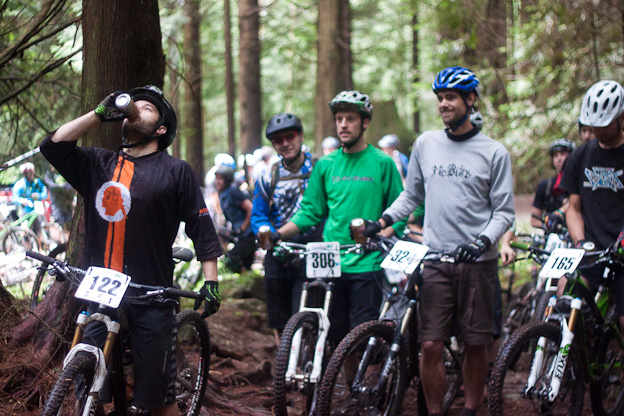 As you can see in the split times above, Cam O’Donnell’s successfully cleaned run of the Warden’s climb bought his team the 3 minutes they needed to win!

A big congratulation to all the teams who took part in this Excellent Adventure; it was, as someone posted eloquently on the boards, “the social event of the year”! Check out this video from Matt Dennison which captures the atmosphere perfectly!

Keep in mind too, that the real winners here are all you riders you have helped maintain the trails on Fromme by participating in this event. We expect to have raised over $4000 this year. I will have the details in two days or so once I go over the results…wink-wink nudge-nudge!

Hope to see you next year!
Wade Simmons

Wade’s Excellent Monster proved to be so complicated it took him five days to figure out who won. In the end, it was Team Dre who will have their names immortalized on the Fromme Cup. Isn’t it amazing how close some of the split times were?