It’s been 714 days since the first part of “How To Procrastinate” went online – we figured it was time for a part two. We had intended on shooting it last summer, but Nick was stricken down with leukemia, which forced us to put our plans on the back burner.

Nick has battled back hard and is crushing it on his bike after winning his fight. Since the opening weekend of the bike park we had been chatting about what we planned to shoot, and had come up with a rough idea of how we wanted it to look.

The idea for the intro came after Ian was so concerned about energy conservation that he backed down the street 200 feet from his house to Nick’s. After day one of shooting we had a great arrangement of shots, but after editing them together something was missing.

A week and a half of procrastination later, we finally made it up to shoot some extra bangers just in case we wanted to tweak our final product. After crushing a few triples at the GLC it was time to make our adjustments and release the masterpiece to the www (worldwide web). 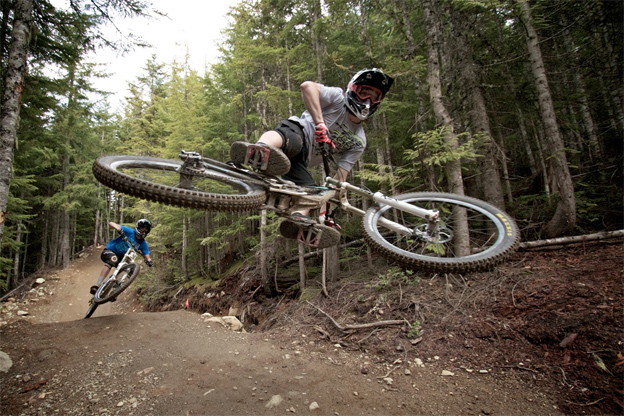 Pinning it! This is one way to get stoked for the bike park. Good job lads!