Seb Kemp forwarded this race report immediately after the Nimby Fifty this past Saturday evening, but we had to wait on clearance for use of Todd Hellinga’s official race photos. With sunny skies it sounds like a great day was had; I’ll leave it to Seb’s words and Todd’s images…

427 riders signed up for the third running of the Nimby Fifty in Pemberton on Saturday. The ever-reliable Pemberton sunshine was beaming and with Mount Currie looming in the background this could be one of the most picturesque race starts in the world. However, not long after MC Brett Tippie sent off the racers from North Arm Farm, thoughts of admiring the view evaporated.

Max Plaxton and Neal Kindree working together early in the race. The pair had put an 8 minute gap on the chase group by the first major descent. Photo ~ Todd Hellinga

The 40km course (which feels more like fifty kilometres due to its technical nature, hence the title) started by looping out and up the road to the radio tower before heading back down to the start of Happy Trail and the beginning of the real singletrack. This first loop allows riders to settle into a rhythm and find their spot in the pack before the 101 switchback Big Nimby climb which winds and grinds on a thread of duffy singletrack for 11.2km. 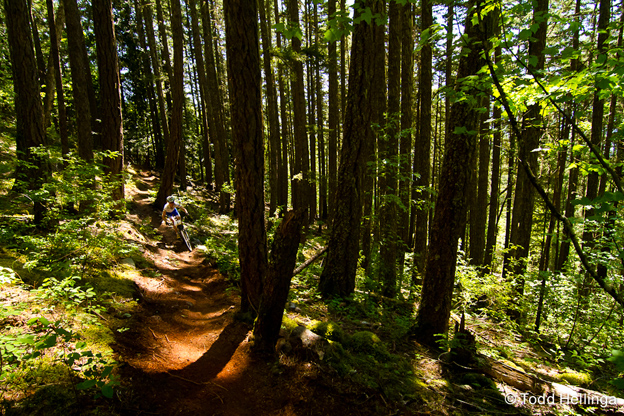 Reigning women’s champ Catharine Pendrel was strong, but multiple flats meant she would give up the number one position this year. Photo ~ Todd Hellinga

After that riders scooped down virgin trail to the start of Overnight Sensation where the Red Bull arch marked the start of the race-within-a-race, the Red Bull Downtime. The trail is loose and sandy with granite rock slab scattered throughout, meaning riders had to surf their bikes more than ride them. Another not-so-regular hazard was the choking dust cloud of the racers ahead. Riders either had the time of their life or saw their life flash before them on this classic Pemberton gnar trail. 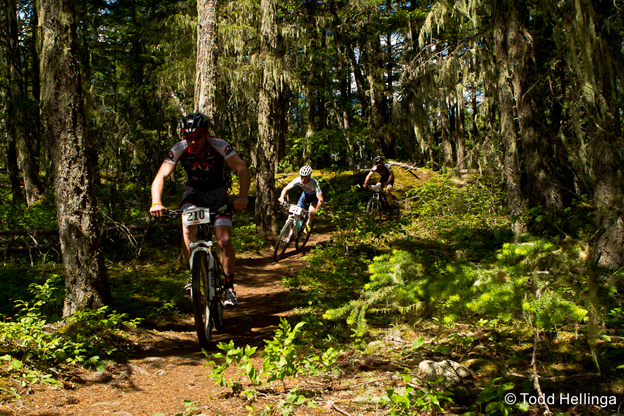 A group of racers settle into a groove on Radio Tower. Photo ~ Todd Hellinga

At the end of Overnight any average race would be over but instead it was only just over half way completed. The final section of course around sphincter rock, Dark Forest and No Err are full of steep, grunty climbs, rock chunder and power moves. Basically this is where most riders expect to start cramping horribly and suffer till the bitter end. 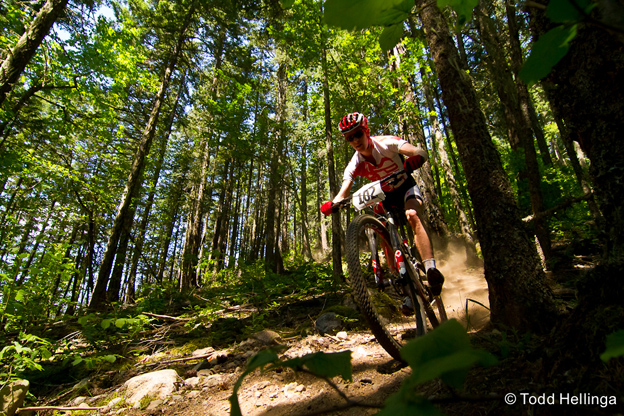 Neil Kindree was out to retain his Nimby Fifty crown and with the help of Max Plaxton headed out hard right from the start to put a considerable lead on the next nearest pack. By start of the Red Bull Downtime Plaxton and Kindree were eight minutes ahead. In Overnight Sensation Kindree said he struggled to keep up with Plaxton due to the dust so held back a little. From this point onwards these two racers held the same place right to the line. Ricky Federau somehow took a wrong turn somewhere early on but clawed back with laser sighted focus and grit to claim the third spot on the podium. 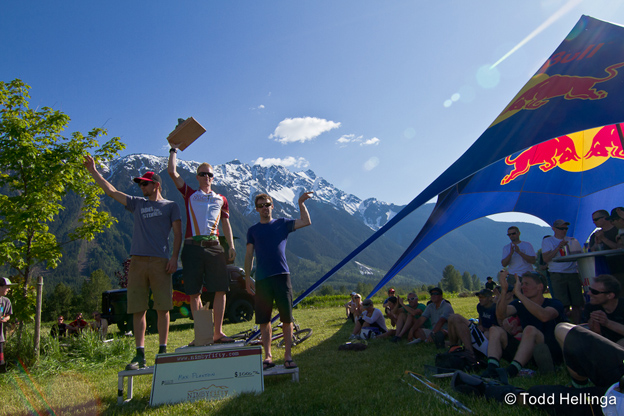 In the women’s category all bets were on current Womens XC World Champion Catharine Pendrel to take the win. She led most of the race despite a puncture near the top of Let It Go, however, a second puncture in the Dark Forest right at the end of the course allowed Brandi Heisterman to slip by and claim the win by just 28 seconds. 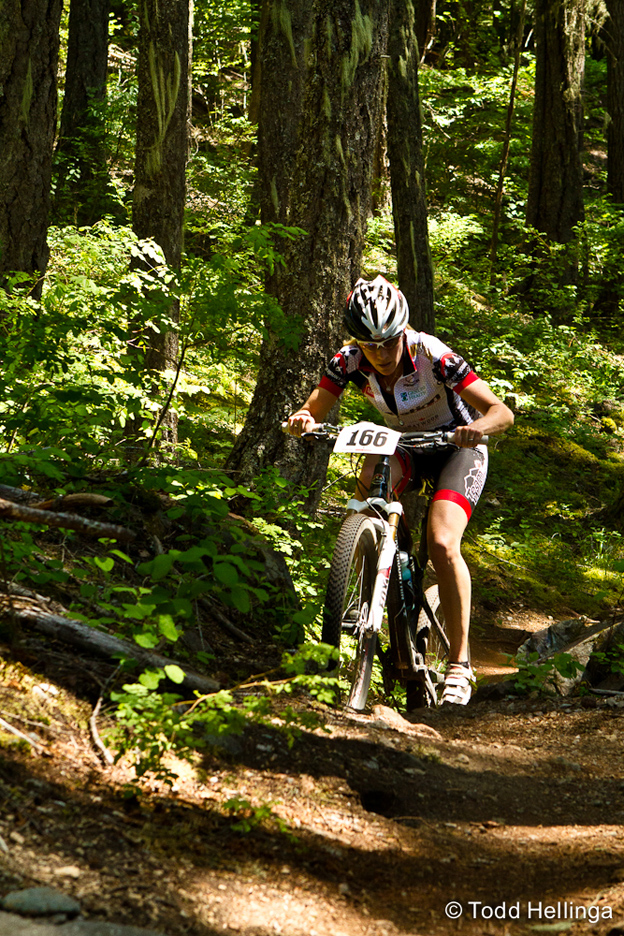 Red Bull Downtime was introduced this year to spice up the proceedings and open up racing to more riders. There are some extremely fast Pemberton locals and Sea-to-Sky riders who may not be present on the overall podium but who can lay down a good time on the descents. Clever money had to be on Chris Johnston to take the win, and he didn’t disappoint. He clocked up a 5m37s time down Overnight Sensation, including an off the bike crash. 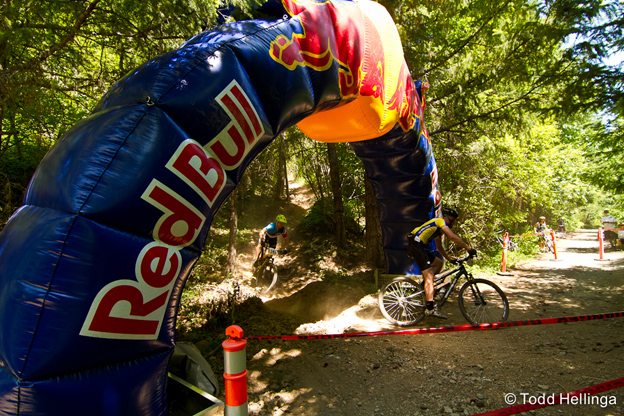 Racers coming through the finish of Red Bull Downtime at the end of Overnight Sensation. Photo ~ Todd Hellinga

Second was Arthur Gaillot four seconds back and third place went to Jesse Melamed. Jesse, who had some wild lines according to spectators and who crossed the timing line head first, robbed The Nomads of a full podium as Dylan Wolsky finished fourth. Interestingly, almost all the fastest times came from riders within the top twenty or so places, showing that the top guys really can descend as well as they pour their lungs onto their handlebars. 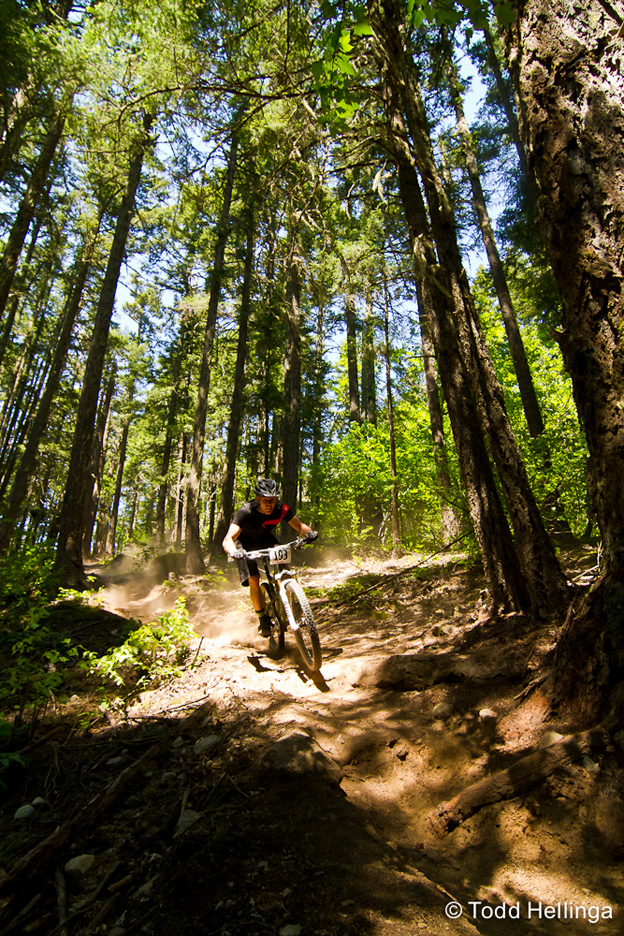 Chris Johnston blasting to a win in Red Bull Downtime. Johnston said he had a good race but when he overtook several racers who he has admired for years on the punishing loop around the Dark Forest he knew the winter of training with Marx Conditioning was paying off. Then to take the Red Bull Downtime victory was a very sweet cherry on top. Photo ~ Todd Hellinga

But the fastest racing only says so much about the event. Every rider has a personal story to be told. Battling cramping limbs, mechanicals meltdowns, crashes, and resisting the urge to quit when their body and mind are waving the white flag. 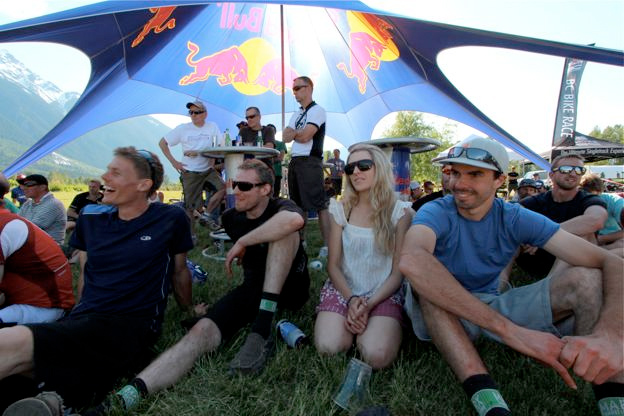 A great start to the season for The Nomads. Dylan Wolsky and Chris Johnston had strong races overall that put them both into the top ten. Arthur Gaillot said by the Radio Tower he knew he didn’t have the attack in him today for as strong a result as he has had in the past but made up for it with a storming run down Overnight Sensation to take second in the Red Bull Downtime event. Photo ~ Seb Kemp 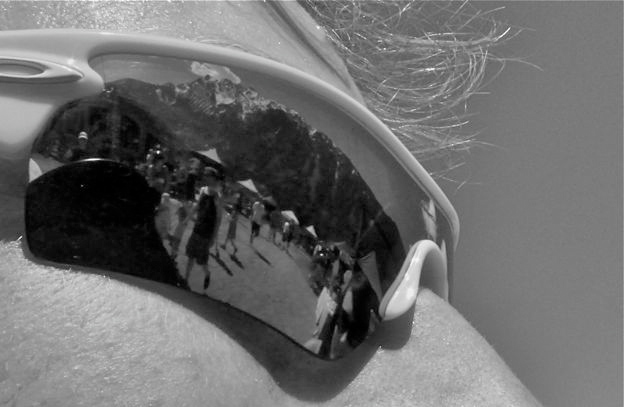 Mount Currie dominates the view from almost anywhere in Pemberton but for racers there wasn’t much opportunity to take it in today until the racing was over. Here Steed Cycles retail guru and podcast protagonist, Scott Pilecki looks back on a day of pain and joy. Photo ~ Seb Kemp

Back at North Arm Farm all these stories were being shared under the blue sky with the pain in the past, a smile ever present, and a sigh of pleasant relief that it was over till next year. Thank you to all the racers who came out with a grin, to the organisers who put so much into such a great event, and all the businesses and individuals who support the event and make it possible.

The Nimby Fifty has solidified itself as a grueling and yet rewarding marathon XC race on the BC calendar. Would you like to see more race-within-a-race events like Red Bull Downtime? Have any post-race stories? Share below…