On Tuesday, March 6th, the District of West Vancouver held an open house at the West Van Community Centre on 21st Street to solicit public input on the future of District park land and potential development. The Parks Master Plan is in its final stages, and tonight’s meeting was one of the last steps towards the Final Draft planned for this summer.

If you weren’t able to make it out to the open house, you can still fill out a comment form and email it to West Van Parks at parks@westvancouver.ca. The deadline for the comment form is March 16. For more background info, see Sharon Bader’s article HERE.

About half the attendees at tonight’s open house were mountain bikers. This photo was taken later in the evening, after the crowd had thinned out.

The open house was well-attended by both local residents and the mountain bike community. On behalf of the Working Group and the NSMBA, I’d like to thank everyone who came out to show their support for the Cypress trails – just the mere presence of the riding community at these meetings makes a big difference. 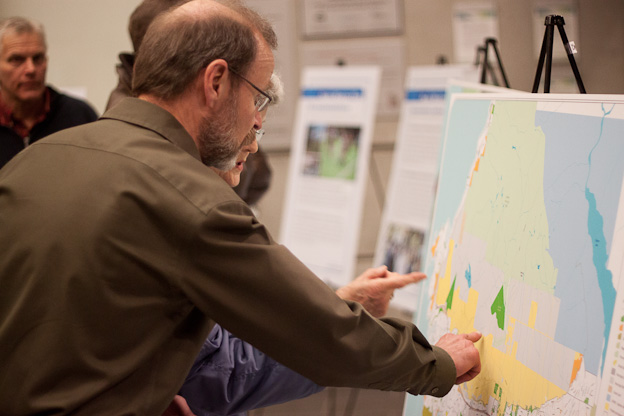 Alan Bardsley works with Sharon Bader as the main mountain bike trail advocates in contact with the District of West Vancouver and British Pacific Properties. Tonight he worked overtime explaining the details of the proposals to people from all sides of the discussion. 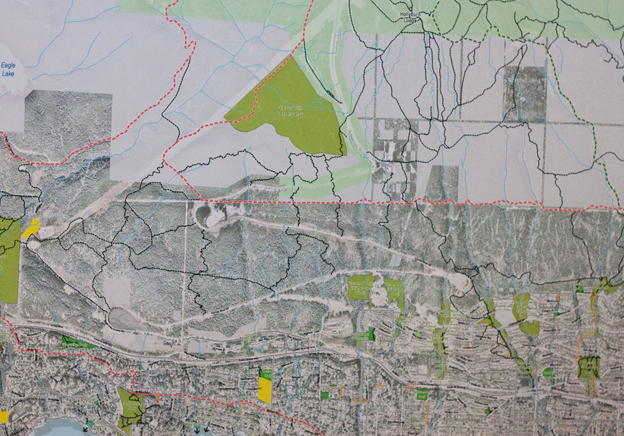 *MOUSEOVER* This is a cropped view of the area where most of the trails on Cypress now exist. You can see the road winding its way up; the black dashed lines are trails. Mouseover for an overlay of the second map, which shows land ownership in the area. The yellow area is private land, mostly owned by British Pacific Properties. In that yellow section you can see a red dashed line – this is the current 1200′ high water line for development. BPP would like to develop land above 1200′ in this area, putting many of the most popular and culturally significant trails at risk. Both of these images are available in higher resolution here and here.

The above mouseover image shows existing trails and land ownership on the south face of Cypress. While the Parks Master Plan is in favour of preserving mountain bike access on Cypress, this may come at the cost of losing large parts of the current trail network. British Pacific Properties is supportive of their lands being used for recreational purposes, but the intention to develop up to 1200′ is a guarantee – with higher elevation development a future possibility as that land is also owned by BPP. 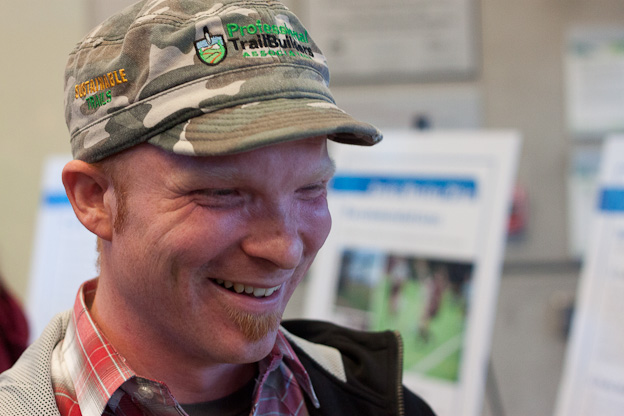 Daniel Scott is based on the Sunshine Coast and works for IMBA. He assured us that they would support the local advocacy groups in protecting the trails on Cypress.

A big part of this larger scale advocacy scenario is good relations with land owners and local government. While IMBA has not had much involvement with Cypress trails in the past, they are aware of the importance of this situation and have the wheels in motion to help support the local mountain bike community. Daniel Scott is based on the Sunshine Coast but works for IMBA all over North America; with his knowledge and experience in protecting cultural and recreational assets, Daniel was a positive presence at the open house. 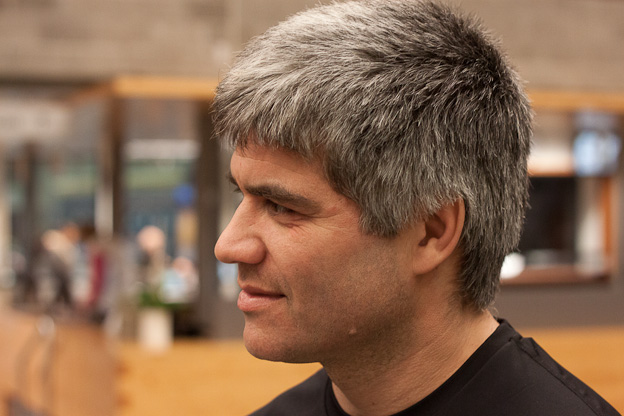 The riding community responded to the call and provided a great turnout, making the Cypress open house as much a social as the Bike Show this past weekend. That turnout was a well-rounded mix of riders, builders and maintainers, filmers and photographers, and the NSMBA and IMBA. Parks employees were enthusiastic to see the riding community in full force at the meeting, and highlighted their intent to keep the discussion moving and communication lines open. 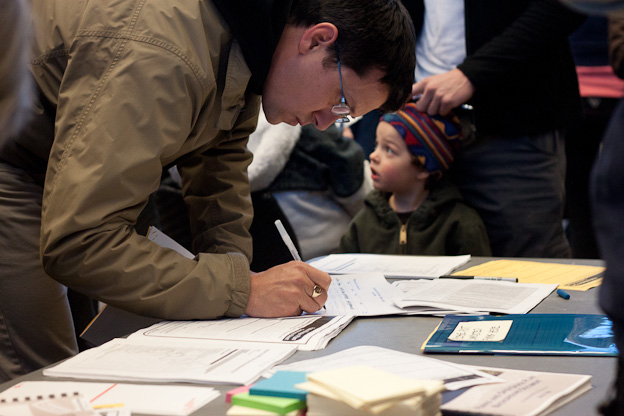 Showing up and signing in: the amazing turnout caused the Parks department employees to do three extra runs of comment forms and info packages. 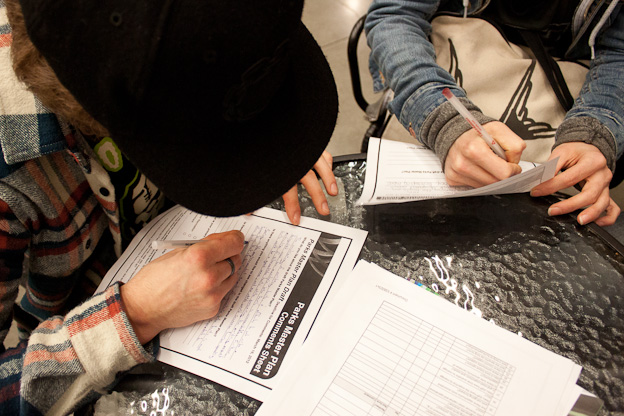 Putting the ink on paper, mountain bikers made sure they were heard by filling out comment forms on the Parks Master Plan. If you didn’t make it out to the open house, you can still fill out a comment form HERE and email it to West Van Parks at parks@westvancouver.ca by March 16th.

Many riders filled out comment forms explaining their own personal connection to the trails on Cypress. The big message was that these trails are part of a historical context and there is a group of people who are still using them recreationally. With IMBA and NSMBA support, Cypress could have a more structured trail maintenance plan that includes maintaining the current trail experience for those who have been riding here for many years. 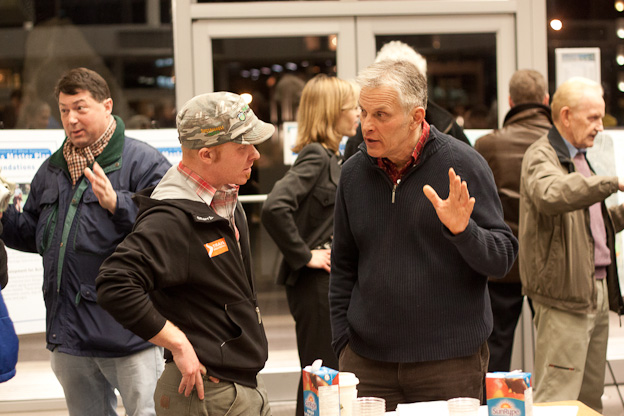 Many hand gestures were made at the open house. Discussion was lively, yet civil. The mountain bike community responded to the advocates’ requests for support and showed West Vancouver that they want to protect the trails on Cypress.

West Vancouver District is still soliciting comments on the Parks Master Plan until March 16th. Fill out a comment form and email it to West Van Parks at parks@westvancouver.ca. The Plan will be finalized in May or June of this year.

Did you make it out to the meeting? Do you have any questions for the Working Group or the NSMBA? Discuss in the comments below…