Spank Industries and Dirt Wars UK have just announced Spank’s title sponsorship of the Series for 2012. Already widely regarded as the premier Dirt Jump series in the UK, Dirt Wars got its start just two seasons ago in 2010. This year is Spank Industries’ second year of involvement and first year as title sponsor.

2012 is shaping up to be the best ever, with exciting new venues and an absolutely awesome list of prizes, from sponsors like Spank, IXS Protection, NS Bikes, Go-Pro, DMR, Saracen, Bell Helmets, Ogio Backpacks, Smuggling Duds, and more! Chatting with a few of the riders, it’s easy to see everyone is amped for the series to kick off.

The UK Dirt Wars program was recently taken over by Cliff Barberry and Rob Newman, both experienced and passionate riders/competitors, with an extensive experience base in event, team, and website management. Cliff and Rob have been working around the clock, and it shows. Already they have locked down the season’s schedule, updated the new 2012 website, put a phenomenal list of prizes together, and started rapidly growing social media networks on Facebook, and Twitter for riders and fans following the series. 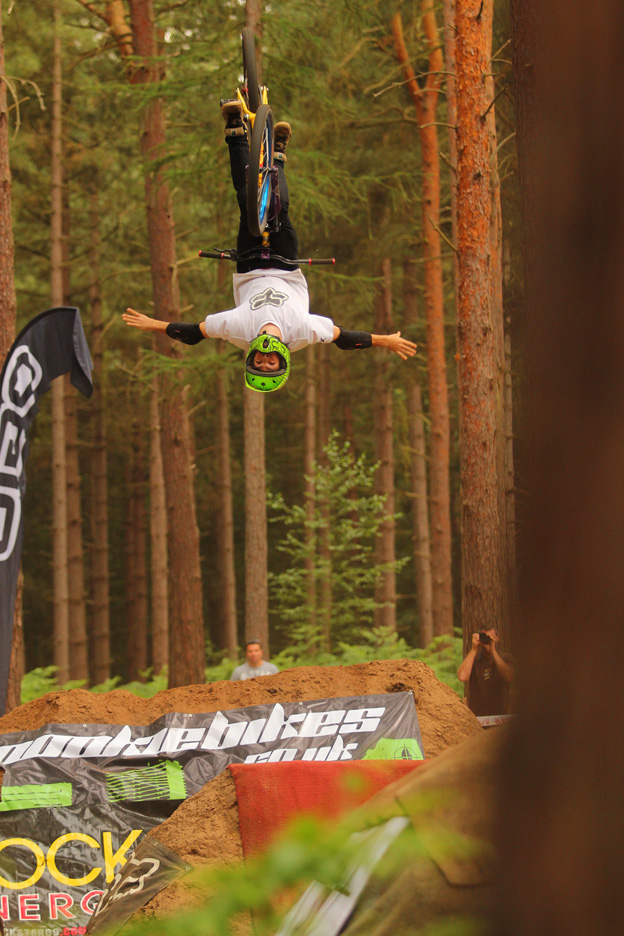 Rob Newman had this to say about their new Title sponsor, Spank Industries:

“I’m so stoked to have Spank as title sponsor, not only because they are an international brand renowned for their quality products inside and out of the Dirt Jump scene, but because of Spank’s enthusiasm to support the UK dirt contest scene at all levels – from the bosses at Spank’s UK distributor Hotlines in Britain to the big chief over at Spank HQ. They really want to help Dirt Wars continue as the leading Dirt Jump series in the UK, and already their support has helped us shape what is going to be the best series the UK has ever seen, not only for the riders but everyone involved!”

“We’ve worked with both the Dirt Wars Organization and Cliff B. in the past, and couldn’t be happier about the opportunity to increase our level of support this year. It’s a great series, managed by an effective and professional group of riders, providing a unique venue for UK’s top stars and up-and-coming athletes alike. So many riders have already made their mark at Dirt Wars, and launched to the international stage. What better way to support the dirt scene in UK? We really up the ante this year, offering a massive list of prizes for individual events and to the overall open class winner, a Pro Sponsorship Deal with Spank Industries in 2013!” 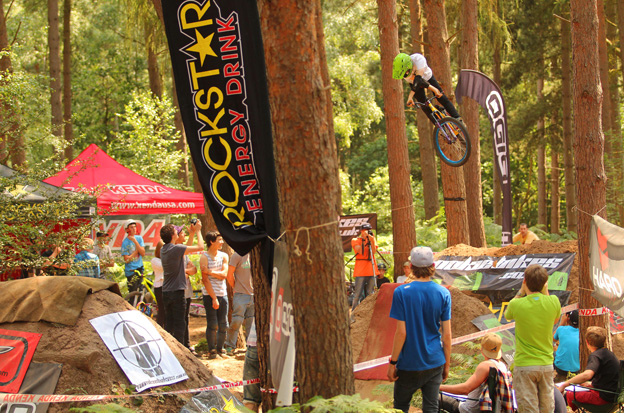 Round 4 – August 5th
Holdshott trails in Hampshire
*Inside Scoop: This is one for the trails riders among us. It might even involve some slope-style obstacles to push riders that little bit further

Round 5 – September 8th
PORC in Kent
*end of season party there after the event.

Dirt jumpers have super human skills – and many of them go on to stand on the podiums of FMB events each year. It’d be nice to see a series like this go down in southwest BC. What are your thoughts?