Andrea Hestler aka “Dre” started his career in mountain biking in 1986, the same year the creators of Ultramontane were born. 25 years later after a long and successful world cup career Dre still has an unrivalled passion for cycling and adventure.

It was only a matter of time before Ultramontane and Dre collaborated. Dre showed us the ropes with all-mountain riding and continues to smash us with his old man strength.

We have a lot of fun shooting with Dre, hes always has a story or plans for a wicked ride. He also has a keen interest in photo and video, which really helps when putting in the hours making a edit. 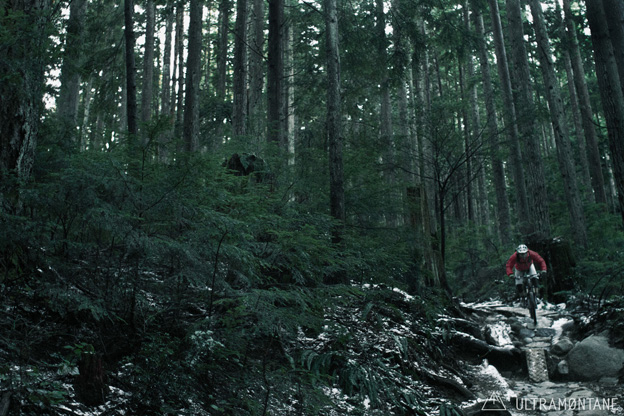 Did you think Dre was just a skinny tire riding lycra boy? The man can shred – and rock short sleeves with snow on the ground.