It’s Only a Name… Right?

Ash Smith is the man behind the Trans-Provençe, which is a point-to-point race in the Provence region in the South-East of France containing special timed stages. It is all singletrack and requires riders to have skills, balls and the endurance to keep attacking the timed stages even after day upon day of riding. The 320km route has a total of 9,500m on-bike ascending and 15,200m descending and finishes in Monaco after seven days. The winner is the rider who finishes having accumulated the lowest total time from 26 predominantly singletrack, predominantly descending, timed “special stage” stages featured along the route. There are 3-4 “special stages” each day.

Ash Smith has some pretty clear ideas about Enduro racing – read on to find out what he has to say.

If an apple had been called an orange and vice versa from The Beginning, there would be no resulting confusion today, and you could extrapolate this notion out into many of life’s names for things. Admittedly names usually aren’t totally random, and do stem from the composite word element or full word meanings of which they comprise, but to illustrate my point: why doesn’t Cross-Country mean racing the entire breadth of Belgium or width of Wales… and why isn’t Slopestyle the test of who can ride down a gentle incline and concurrently be a sharp dresser?? Because, in their respective beginnings, these MTB competition genres were clearly defined and thereafter nobody has yet the senselessness to misuse these terms for something else. If only the same could be said for all mountain biking race disciplines.

The definition of Enduro is tough to nail down – it’s literally the All Mountain of racing disciplines. Photo courtesy Trans Provençe.

The Beginning for Enduro mountain bike racing was in the late 1990’s in the Mediterranean Alps of South-Eastern France (incidentally, an area which has produced several mountain biking World Champions). Riders and racers wanted to develop a discipline which tested both technical bike handling ability (unlike Cross-Country of the time) AND the endurance side of fitness  (unlike Downhill of the the time). They wanted to test the all-round mountain biker on big-up-big-down terrain.

The laws of gravity dictate that a strong pedaler who is weak technically will (compared to a strong technical rider who lacks fitness) always lose LESS time on a descent than he will gain on an ascent. Assuming no shuttle, everyone spends more time riding uphill than downhill, regardless of their strength or weakness. With this as their basis, our French godfathers of the discipline quickly adopted a logic which is still the absolute fundamental “core value” of Enduro today: in order to evenly balance out the weighting of the long grindy uphill aspect with the quickly elapsed flashes of technical descending brilliance that are encouraged (i.e. to make the latter actually count for anything), they drastically reduced the amount of timed climbing to almost nothing. Contary to some belief, this setup does NOT favour good descenders who are not necessarily fit; although it may not directly count towards the result there’s a substantial amount of obligatory time-limited ascent in any Enduro course, and the often very long descents are pedally and demand good cardiovascular fitness and muscle condition (hanging on the bike!) to place highly.

There are a fair variety of differently setup races which would today count as Enduro according to the basic notions set out above, but perhaps the most typical 1-day Enduro course would be a cloverleaf or circular loop consisting of perhaps 3-6 big ups and big downs (“big” is relative, and depending on the location of the event will be bigger or smaller). The ups are untimed – but time-limited to keep one on ones toes – “liaison stages”, and the downs are timed “special stages”. The winner is the rider with the lowest cumulated special stage time. It’s here that the term Enduro came about for this style of mountain biking. There was a definite nod towards the feel of motorcycle Enduro.

Almost 15 years on, and Enduro is a very inclusive race format, ever increasing in popularity having now spread to almost every nation on the planet which has a mountain biking scene. Ask any mountain biker from almost any country what Enduro is and they’ll be able to give you a straight, correct answer.  I said *almost* any country. 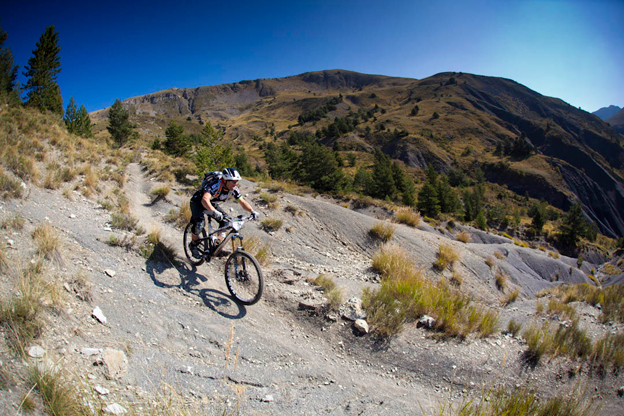 How to Confuse People

In the early noughties as mountain biking started to go decidedly mainstream, a raft of not-too-serious, not-too-competive fairly social mountain biking events sprung up around UK. They were often untimed, often without official ranking, but (in order to make a day of it) were set to either a number of quite long laps or a one-off loop resulting in a total distance of at least 50km, usually more than that if you were doing the full monty. This was a for-fun or for-personal-achievement version of marathon Cross-Country racing. A great idea which, in practice, has produced some very popular gatherings, but the organisers had committed one glaring crime: they had called these rides “Enduro”.  Do some digging and you’ll see their claim that at the time they started out, no other event used the term “Enduro”. My news for them is that mountain biking is a sport not limited to UK shores.

Unfortunately they were copied by others, presumably because “Enduro” was deemed to be a cool-sounding term. Hence, even though the overwhelming majority of mountain bikers worldwide when asked what Enduro is would give you the correct answer in a straight manner, the average rider from the UK when asked the same question would give one of three reactions: the right one, the wrong one, or a question back: “which Enduro?”. 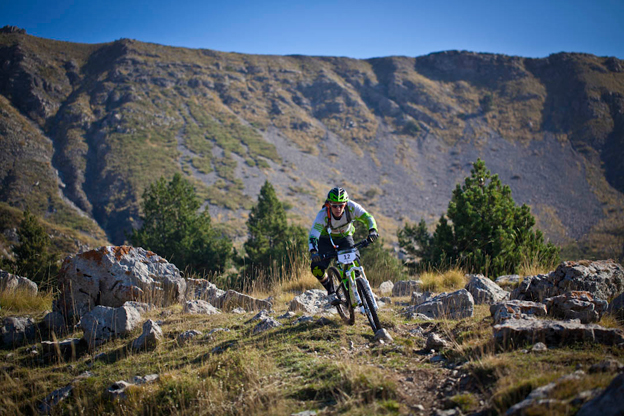 A bit of British history shows where a lot of confusion developed over the definition of Enduro. Photo courtesy Trans Provençe.

Should we care? It’s only a name, right? The reason I, as an advocate of Enduro, care a great deal is because the relatively widespread purporting of non-Enduro events as being Enduro (MTB internet forum chat being an inadvertent but undeniable perpetuator) has resulted in a huge roadblock in understanding; a monumental impediment in the conceptual development of mountain biking competition in the UK. You think I’m going over the top? Why then is it that the ONLY country that has “Enduros” which aren’t actually Enduros, is also the LAST country (of any mountain biking significance) to cotton on, and receive an Enduro series? There is an absolutely direct and undeniable cause-and-effect link going on here.

And, as much as I absolutely commend Steve Parr and his helpers for having had the fortitude to finally bring the first Enduro series to UK in 2011 and for the frustrations that they must have endured getting the message through to people (for example, the fact that they were essentially forced to put “Gravity” in front of Enduro is nothing short of a joke), they’re not even the ones I feel sorry for. No, I pity the greater mountain biking population who, as a direct result of mistakenly thinking they already had Enduro, did not as a nation receive this fantastic competition format until many many years after they should have done.

With two proper series plus a peppering of trail centre-based one-off events now installed for 2012, it seems that good sense is well and truly starting to prevail in favour of Enduro in the UK. However, there is still a way to go before the wider MTB public fully appreciate the raison d’être of Enduro and can benefit from it fully. With this in mind, and with the aim of increasing understanding by firstly decreasing confusion, I would be delighted if someone could persuade the organisers of non-Enduro “Enduros” that they might, once and for all, remove “Enduro” from their events’ titles and call them literally anything else. 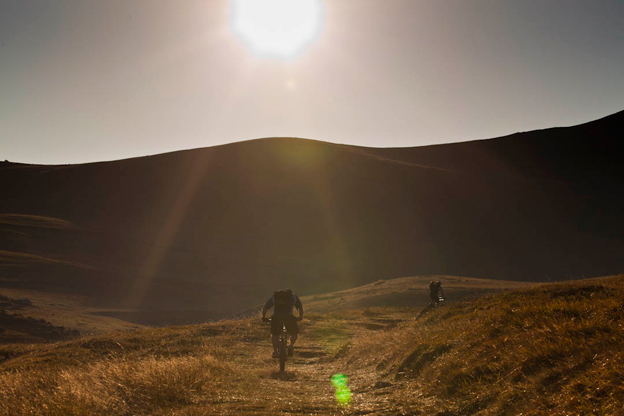 With increasing interest in true Enduro events, the naming problem will hopefully sort itself out. Photo courtesy Trans Provençe.

Ash Smith has a vested interest in the history and the future of Enduro racing. As descenders find their pedaling legs and pedalers work on improving their technical skills, the true discipline of Enduro gains momentum as well. Do you have any thoughts for Ash, or comments on the nomenclature of Enduro? Let it be known below…