Since we released the Ultramontane Preview on December 23, we have received an incredibly positive response. This pushed us through to today, with a drive to come out the gate strong with the series. We’re release two parts to the No. 01 release, and it may become something worth pursuing in the future releases. The world is a visual place, and we planned to correspond with this by creating a visually heavy debut.

The opening section below focuses on Connor Macleod and myself, Derek Dix, as we push to maximize our winter participation within the sport. If you missed the preview a brief summary of the project is that as both media and riders we’re combating the lull created in a sport that doesn’t necessarily require an ‘off-season’ when you live on the West Coast of Canada. 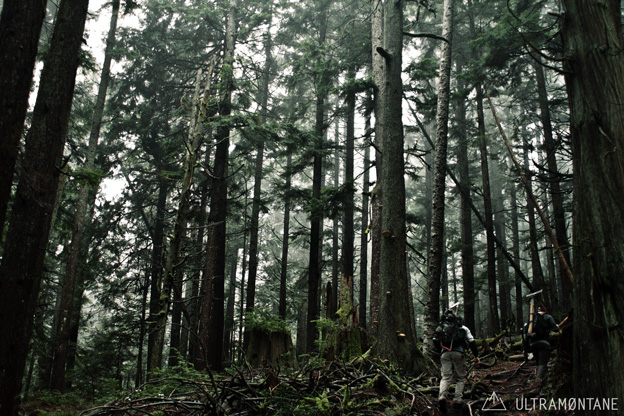 Since our preview we have been incredibly lucky with the weather we’ve faced. Given balmy winter days all through late December and early January we took full advantage with riding, building and maintaining what trails already exist.

Rain quickly set in at the start of the month, which gave prime opportunity to focus on drainage for some of the trails that have been a staple for us since we began riding. Conveniently they are also close to home and make for quick work in a morning or afternoon. 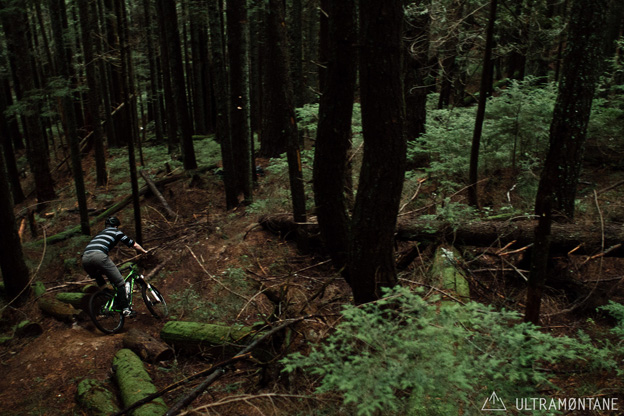 We also have begun construction and selecting a new line in an old area that has been long forgotten since logging was the last activity it has seen.

Building in the winter through foul weather has a certain allure to it… there’s a dead still that carries its own sound when you pause from the high pitched clink of your mallet hitting a splitter head. There are less people out in the forest during this time and that can leave its own impression on you as well. 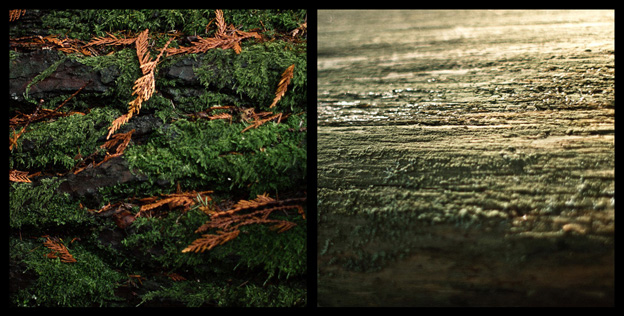 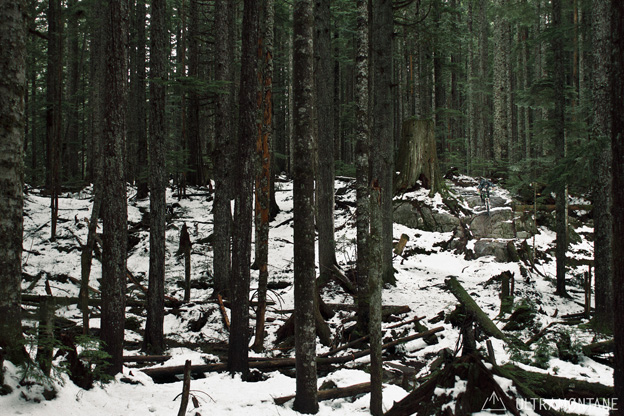 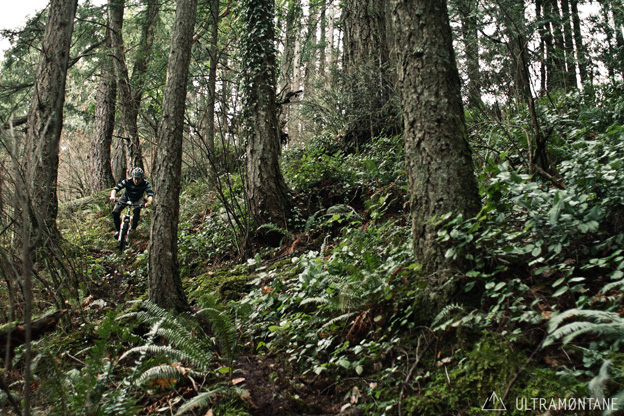 That same still carries through to riding; if you pause to take in the vastness of an area it really can trigger the scale of your situation. 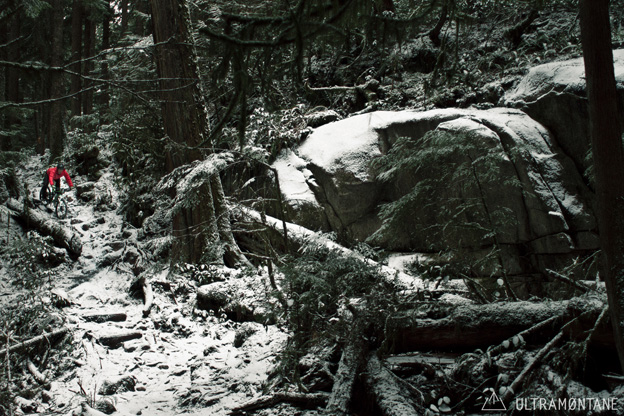 My father’s always told me… and still does “A man’s character can be judged by the company he keeps.” I feel that holds incredibly true, and its part of the reason we chose to create Ultramontane & Company. 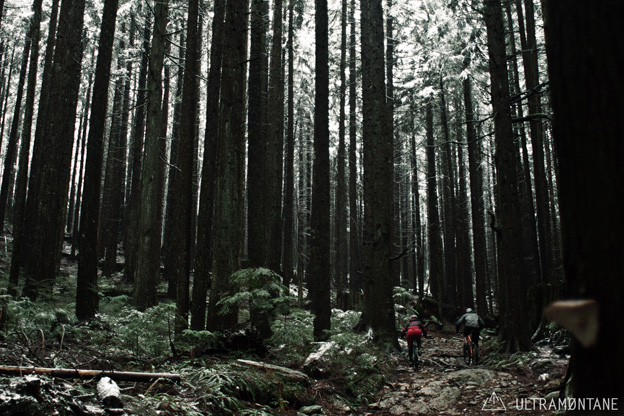 Katherine Short and Mitch Forbes are hands down our favourite power couple in mountain biking. We had our introduction to them through racing on the BC and Canada Cup Circuit. They carry such strong spirits and every time we shoot with them the woods fill with laughter. 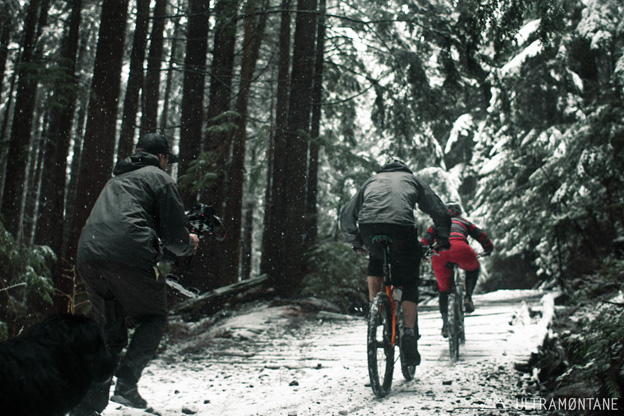 We presented the idea of Ultramontane & Company to them and instantly they were instantly pushing us to pack our bags and go shoot. With them dog-sitting the handsome Foster we had our trail team for the last few weeks and aimed to put together an edit with the elements that make a ride something worth telling about, from hard-tail climbs and descents, to trail dogs and foul weather night rides, their ambition to showcase what riding was to them gave us a great deal to work with. 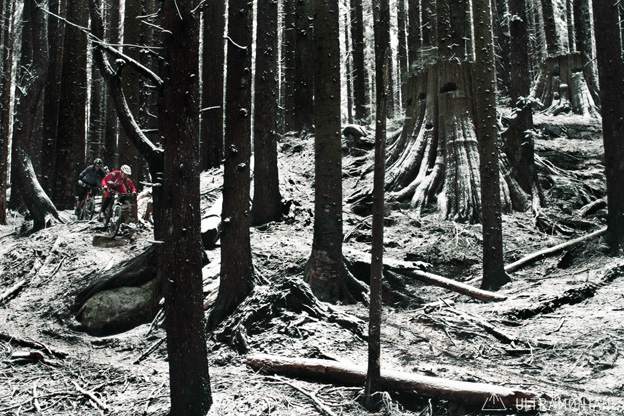 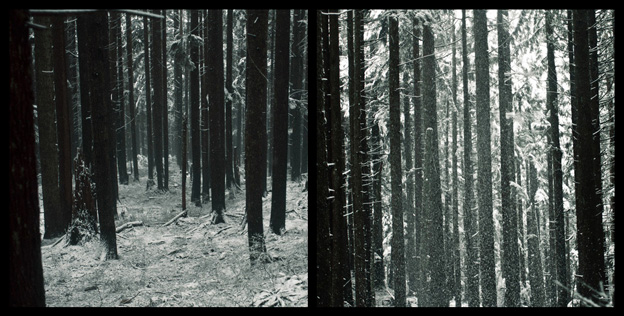 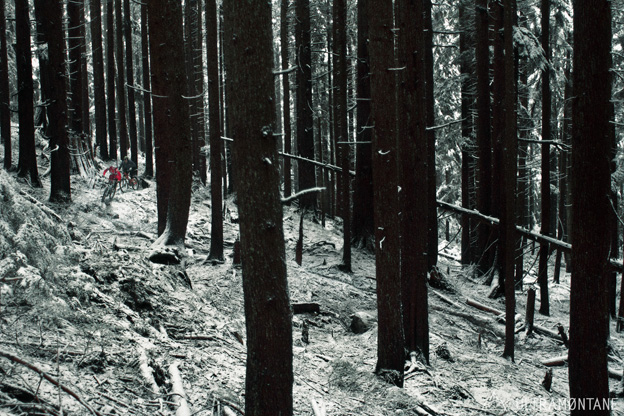 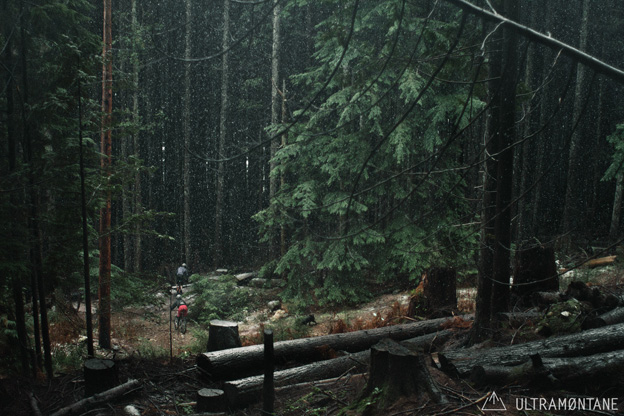 That concludes Ultramontane No. 01 – Our next release will be on February 03.

Thanks to all supporting brands:

Ultramontane No. 01 did not disappoint. Pt. 01 focusing on Connor and Derek building and riding set the stage for Pt. 02 where Katherine and Mitch shred the hell out of their BC hardtails on some local terrain that looks a bit different in the snow. Good work boys, looking forward to the next! Your thoughts below…