Our first shoot with Hunter began in the middle of summer. We drove out to meet him in Kamloops and from there we headed into the Shuswap’s deeper regions that were tucked miles away down logging roads, far from civilization and cell service. Matt’s dad, Rob, had already set up camp, which would be the base for our stay out in the woods. There’s no better father-son combo to be roughin’ it with than the Hunters. Rob took damn good care of us and shared a lot of great stories and knowledge…he even had us shooting arrows and firing rifles. It was so refreshing to be living out of a tent knowing that we were the only ones out there. 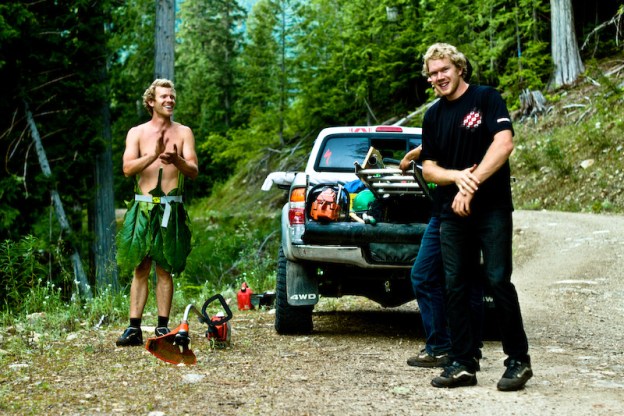 Matt had built a few trails in the loamy cedar forests so we were able to get to work quickly. The terrain was really steep and the ground was dry so the conditions were really fun for Matt. He decided to run spikes, which was a great decision because they just ripped into the loamy terrain and made for perfect traction. Through our explorations around camp we found a zone that was extremely lush with devils club and ferns that were taller than us in some spots. We scouted around and found a few lines that we were able to clear out with a day’s effort. The results were amazing and the extra work was worth it. We were able to wrap the camping trip with everything that we set out to collect. 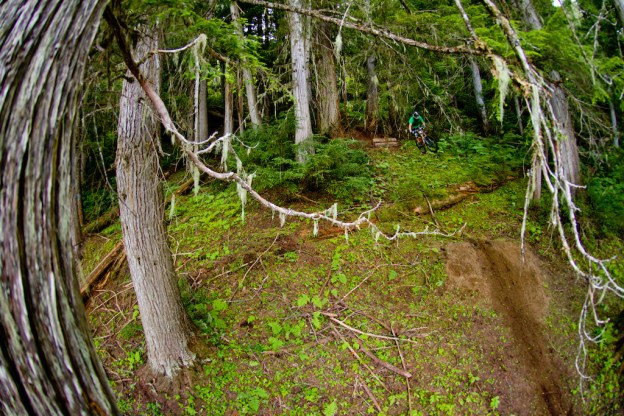 From there we went our separate ways for a couple weeks before meeting up again in the Shuswap, only this time to get on a houseboat as our home base. We absolutely nailed the sunny weather window and were finally able to reap the benefits of blue bird summer days. This film shoot was a bit surreal; we were living on a boat, swimming during the heat of the day, and shooting in the cool evening with the golden sunlight lighting the clear-cut trails. We were lucky to have Steve and Sutra from Ways2Ride shuttle us on their local trails and provide us with the goods we were looking for. We couldn’t have asked for a better time riding bikes, living on a boat and barbequing up meals every day. It was hard to believe that we were working.

We give a huge thanks to Rob Hunter, Shuswap Tourism, Waterways Houseboats, Phil McIntyre-Paul, Steve St Dennis and Sutra @ Ways2Ride and everyone involved in making this shoot happen! 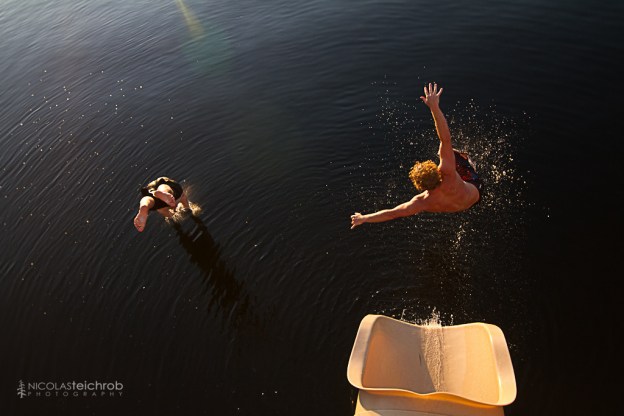 If haven’t seen From the Inside Out yet you can now check out Hunter’s Shuswap segment now by renting the full film on iTunes. If you like what you see… please support the filmmakers direct by purchasing the BluRay+DVD combo pack HERE. Also… Inside Out is now available for download through Xbox.

How did we incorporate an all time camping trip, exploration, house boating, great times with friends and riding bikes? It’s simple; we asked Matt Hunter if he wanted to do a film segment and everything came together even better than we could have imagined.

Spread the love below.