Ray Dulieu of Freecaster / DH1 gives us an official update on the status of the DH1 series in light of Redbull taking over live broadcasts of UCI DH events. His words below…

2011 ends with many reasons to be satisfied:
– The MTB DH season crowned four great champions: Aaron Gwin and Tracey Moseley for the World Cup and Danny Hart and Emmeline Ragot for the World Championships
– Freecaster did successfully webcast LIVE all UCI rounds
– DH1 was launched with the support of key race organisers and with support of a core group of 16,000 fans
– The 2011 Freecaster DVD is the best we’ve produced to date. Thank you Alex Rankin!!

We would like to thank our sponsors: Scott, Santa Cruz, Trek, Kabuto, Oakley, Drift Innovation and Fox Racing Shox

2012 looks very promising for DH MTB:
– Red Bull TV will invest not as a sponsor but as media partner with Red Bull TV to webcast live and free all world cups on the web and to broadcast the races on its TV channel. Red Bull TV will cover all races with 10 HD cameras, thereby offering better coverage quality for the world cup than ever before
– 14 teams have been confirmed as Pro Elite DH teams
– DH1 has to date 3 events confirmed, 1 agreed pending DH1 sponsors don’t conflict with event sponsors and 2 expecting confirmation from their respective cities for permission and organisation support

What will 2012 hold for DH1?
DH1 was created to achieve the following objectives:
– offer Pro teams additional race opportunities on world class tracks without competing with UCI or iXS
– secure HD LIVE coverage with at least 8 cameras for free LIVE webcast
– allow amateurs to race alongside the pros
– develop the best media coverage for MTB DH

In light of the Red Bull Media House deal to cover the UCI world cup, the question is thus what will happen to DH1 as the world cup will offer
– world class tracks
– free HD LIVE coverage with at least 10 cameras
– offer the best media coverage to date for world cup racing
thereby achieving 3 out of 4 DH1 objectives with the expertise and financial support of Red Bull.

Can DH1 hold the comparison and does it stand a chance to exist, let alone to cover its operating costs? The answer is complex.

Of course DH1 stands a chance to achieve it’s objectives but it is a challenge for it doesn’t have the manpower of the UCI and Red Bull combined nor does it have their financial strength. DH1 is also no longer sure that pro teams will actually compete as the attractiveness of high quality LIVE coverage is no longer an exclusive DH1 offering. Finally sponsor have expressed concerns that DH1 might be a second rated product next to the new world cup and that as such their investment in what was created to be the best DH coverage, might not bear fruits.

The ones really pushing for DH1 to exist are thus a few core fans and the event organisers, who still see value on staging a great racing week-end.

I will thus give myself a few more weeks time before making a final call, will further work on acquiring sponsors and on finalising the event calendar. If I manage to secure the required budgets, we will stage DH1 and support the comparison with the Red Bull produced UCI World Cup.

The DH1 / Freecaster team will thus not finish the year on a down and will further push for a positive outcome to DH1 in the new year.

I thank you for all your support and hope that 2012 sees more racing opportunities for the teams and thus a larger presence of DH MTB in the media. At the end of the day, whether DH1 exists or not, DH will have benefited from our work and coverage. If Red Bull is now considering the UCI World Cup as a worthy series of event to cover, it is no doubt largely due to Freecaster’s investment over the last 5 years and to the challenge posed by DH1.

Freecaster’s years in MTB will have made a positive difference and that is something I’m very proud of. 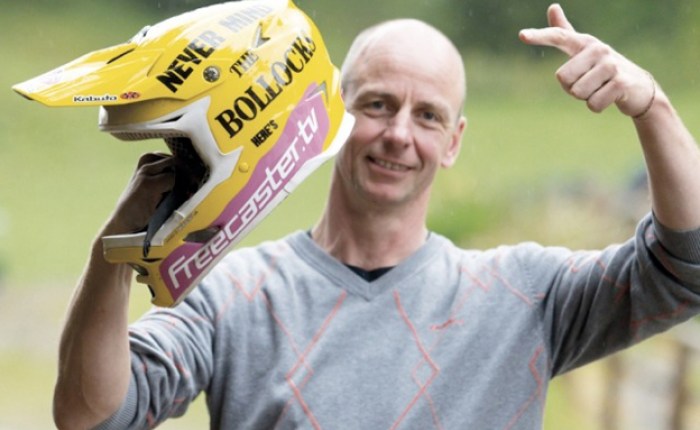 Ray Dulieu has a positive outlook on the 2012 Pro DH race season.

There we have it. Redbull’s coverage of the UCI DH world cup will displace DH1—while achieving some of the goals Freecaster had in creating the new series. DH1 did indeed rock the UCI boat to the advantage of DH fans worldwide. Spill your thoughts below…