Another snowy November brought the winter buzz back to Whistler, along with a plethora of purple and yellow extra large hoodies, and at the other end of the spectrum, a rapidly growing trend of new-age ‘backcountry travellers’, stoked to flip their boots to walk mode so they can stroll through the village, drinking from their thermos, with their skis strapped to their pack, browsing the newest Arc’teryx products. But that’s a different story. When the lifts opened for winter, there was a big snowy firework. A huge exciting bang to start the winter season, but it didn’t take long to fizzle out, and for the fun part to disappear, leaving the crowds waiting for the next dose of entertainment. Needless to say, for me, it wasn’t long before the bikes were out again, and we were on the road to ride the Shore.

It was a bleak morning loading up the car, trying to keep fingers away from metal parts for fear of getting stuck to them! But as we ventured South, out of the snow, it was quickly becoming clear that the few days of dry and relatively warm weather might have left the lower trails on the shore in near perfect condition. 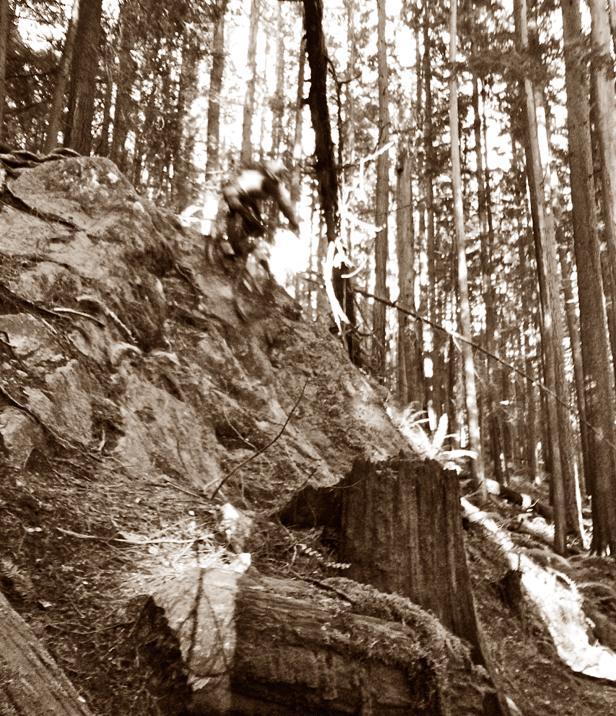 Paul making the most of optimum Shore conditions.

Making the trip from Whistler with me was Toby Pantling, and it wasn’t long before we had rounded up fellow Ex-Pats, and now North Shore locals, Seb Kemp and Jon Hadfield. Four Brits on the shore. I started wondering if we had all ended up in this area because we can’t drag ourselves away from the ever-changing, mostly wet weather that we get here on the coast, constantly reminding us of the mother land. A few turns in to the first trail, and I realized that in a sense, I was right. The climate is just one of the factors contributing to the amazing riding we have here. Ultimately, the move to BC was fuelled, for each of us, by an almost unhealthy passion for mountain biking, and the quest for the ultimate place to ride. The varied weather and terrain we have generates some of the most amazing forests, riddled with arguably some of the best trails in the world. 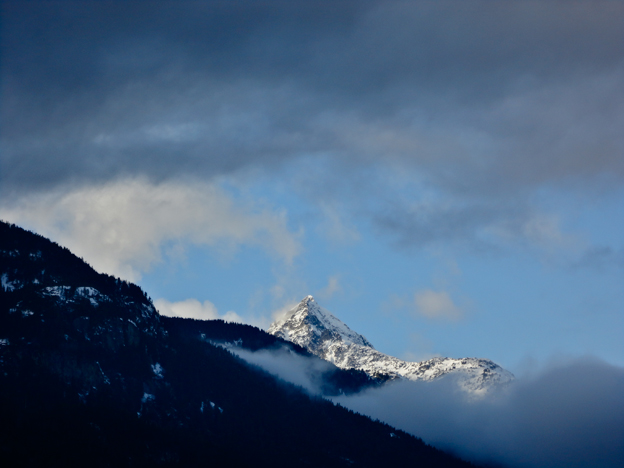 Plenty of snow up higher, but no shortage of trails still open in Squamish.

Buzzing from an awesome Seymour lap, we were barely out of our chamois before we were planning the next day’s ride. We recruited two more shredders, Peter and Katrina, and met half way, in Squamish, for an icy rip around the woods. Looking up from the valley, there was still plenty of snow around, but the trees closer to the valley floor were snow free, so we set off to climb until we hit the snow line. The ground was solid and fast. Mud bogs that looked ready to swallow your wheels just crunched under the tires. As long as you could keep your hands warm, the riding was as good as it gets! 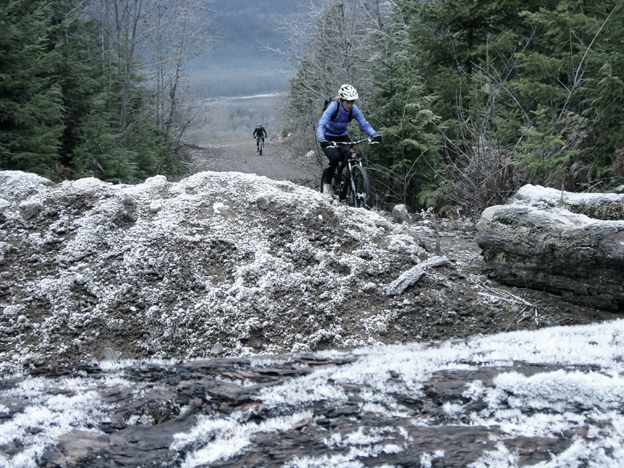 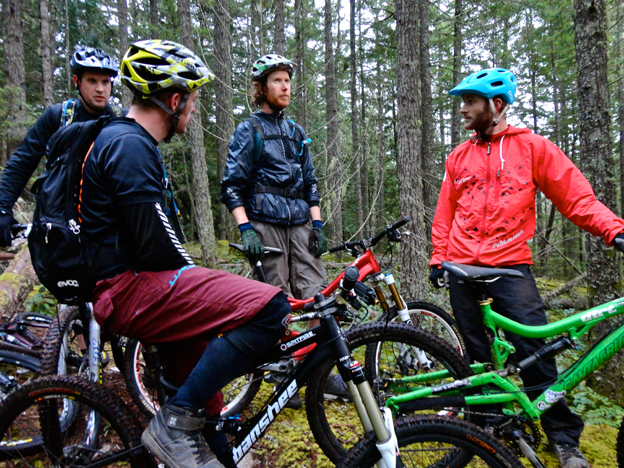 Four Brits on the Shore (including Paulo the lensman) and an Irishman. Left to right, Joh Hadfield, Toby Pantling, Pete (the Irishman) O’loughlin and Seb Kemp.

Following the the snow line, we traversed into the woods, where the acute rays of the sun all but disappeared. It was the kind of weird winter forest twilight where you are stretching your eyes as wide open as you can, just to try to absorb what light you can. But the perpetual sunset of the short December days meant that we had to move fast, before we lost the light completely. We rallied back down to Republic bike shop, for a brew and a chat, then we were back on the road to Whistler, knowing that the next trip wouldn’t be far away.

Is there snow where you are now? Are you out searching dirt? Or are you snow free? Maybe even all winter?