Another World Cup and another two podium placings for Team Maxxis-Rocky Mountain this past weekend at Leogang.

Sabrina Jonnier who is used to being on the top step of the podium has been forced to contend with an injury (bruised tailbone), choosing to compete rather than stay at home. As a result, she hasn’t been able to ride at her usual level, managing a 4th in South Africa and a 5th at Fort William. Great results, but not when you’ve won eight World Cups and two World Cup overall titles in the last two seasons.

After a heartbreaking 5th place the weekend prior in Scotland, Sabrina was aiming to get back in winning from at Leogang. After her usual relaxed qualifying run, the skies opened up on Leogang, drenching the course. This was good news to Jonnier, but she wasn’t able to turn it into the win she’d hoped for and managed another 5th. Jonnier was philosophical about the result, “I know the result is the same as last weekend, but I am feeling much better on the bike. This exactly where I need to be going into a big break before my favourite race at Mont St. Anne.” 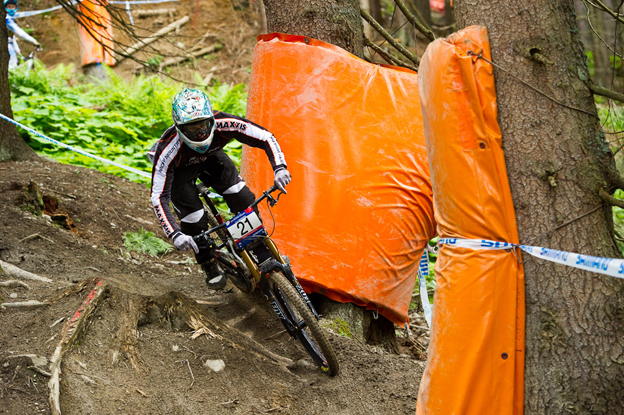 After an up and down 2010 season, Ruaridh Cunningham is looking to crack the top 20 overall by being conservative and focusing on consistency. .

Ruaridh Cunningham has been riding consistently since the beginning of the season and finished a very respectable 25th in the final at Leogang. His goal for the year is a top 20 overall placing and he is well on the way to achieving that goal. 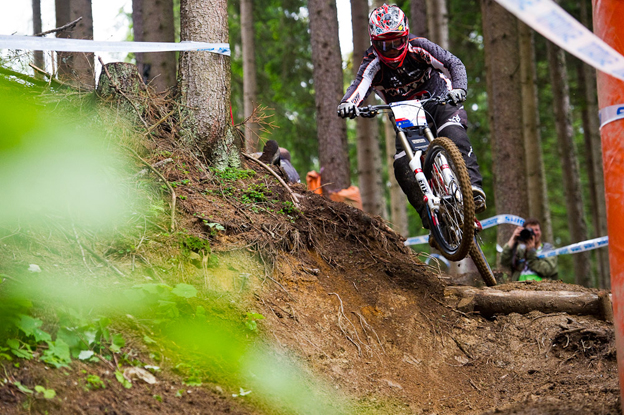 Junior DH ripper Mark Scott has been having an excellent year with the team so far and qualified 38th out of 272 riders at Leogang. The 18 year old UK rider finshed 46th overall, but 3rd Junior behind the USA’s Neko Mulally and Australia’s Troy Brosnan. All eyes will be on Mark in September to see what he can pull off at World Championships in Champery.

Will Sabrina be healthy for Mont St Anne? Like the video? Tell us what you know…