Nick Geddes is a local downhill racer who was recently diagnosed with leukemia. Like Cory we’re all pushing for him. For more on Nick click here.

As you may know by now, I am over here in Scotland/Austria to assist the Canadians in their quest for World Cup glory. This is a great opportunity for me, and I know they appreciate the assistance provided by myself and Cycling BC.

Greg Minnaar – first in the race and first to sign for Nick.

The one thing that is a touch bittersweet for me here is that my long time friend/pupil Nick Geddes is not here. I know for a fact that if not for him and his support of me and my program I would not be here. So when Miranda Miller suggested that I get a shirt/jersey and have a few of the World Cuppers sign it for him, I put it in overdrive. I like projects and this one had a special place in my heart so it was go time. 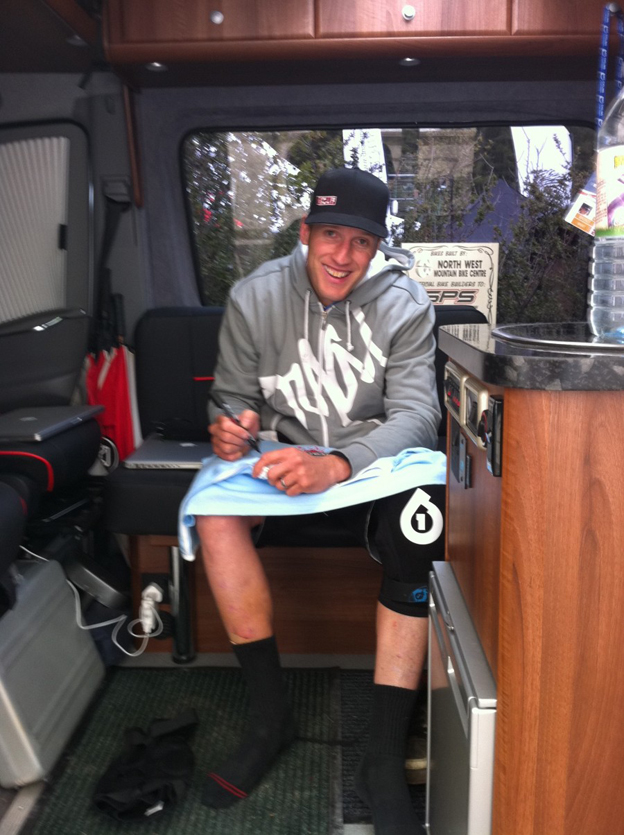 Steve Peat with a smile as usual.

I know that these guys/gals are all good people so it would be no problem. I also knew it may be tricky seeing as they are all pretty busy at World Cup (Thanks Captain Obvious!). 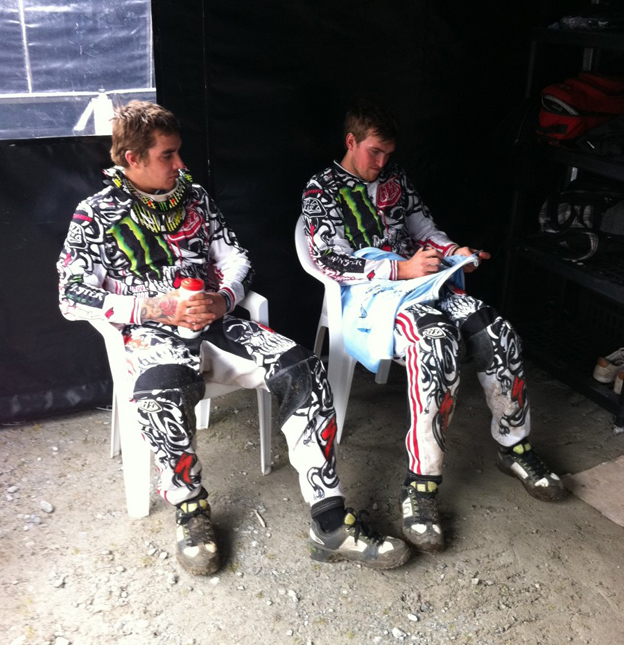 The first 2 I sniped were Minaar and Peaty, and then it was a 2 day blitz of running around the pits. I tried to snap pics of all of them and really worked to get the whole top 30. Not only did they sign the T, but most took the time to talk to me about ask how he was doing as well as writing a personalized message. 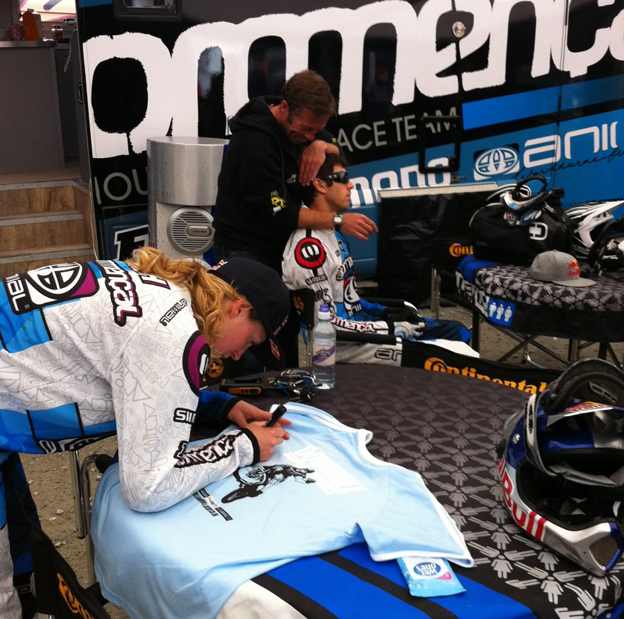 Rachel Atherton gets on the shirt while Gee gets worked over by his masseuse.

These people are heros, to me and most likely to you. I guess my Dad was right all those years back when he said, ” They put their pants on one leg a time like you and me son”. 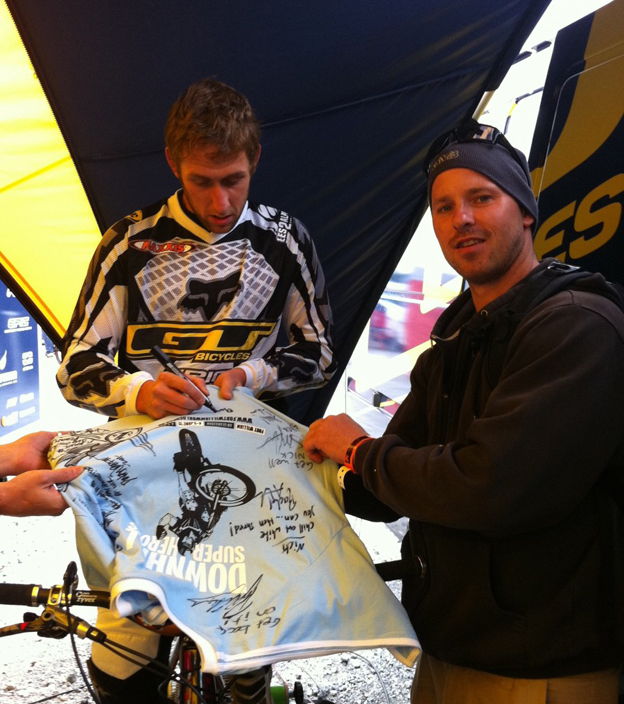 So here are the pics I got, and take a pause when you get to Sick Mick Hannah. He not only signed the T I bought, but pulled the actual one off jersey that he wore in South Africa out of the team van and offered it up for the cause. I also need to give props to Gabe Fox for nabbing a signed pic later in the day that actually has Mick racing in the exact jersey. 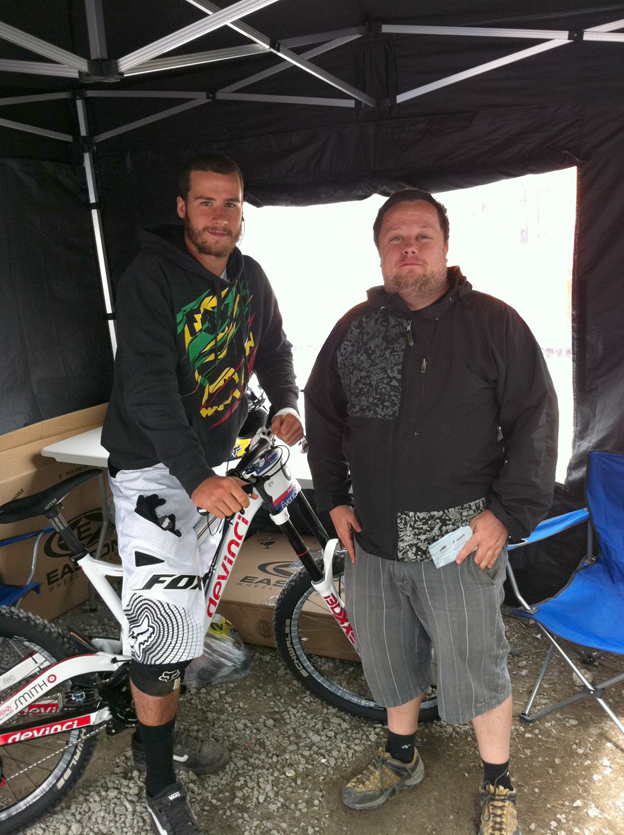 So a special thanks to all the racers, and team managers/mechanics that put up with a wide eyed and determined Canuck and his baby blue shirt( Which is now mostly black!) I will put the list of those that signed and I didn’t have the chance to grab a pic first, so here it is:
Andrew Neethling, Duncan Riffle, Troy Brosnan, Bernard Kerr, Curtis Keene, Josh Bryceland, Cam Cole, Justin Leov, Micayla Gatto( Micayla also did a cool drawing on the T)

I would like to thank all those that helped me pull this off, and once again apologize to anyone I missed. If you are concerned add Nick Geddes on Facebook and tell him yourself.

Show your support for Nick here…