North Vancouver, British Columbia – Sombrio Clothing Employ Bizarre Titles On Their Press Releases In A Bid To Draw Attention To The Fact They Are Now The Clothing Sponsor Of The Coastal Crew.

The Coastal Crew burst onto the ‘scene’ back in 2008 with their ground breaking video part in Kranked 7:Revolve where they did it their way and struck a popular cord with mountain bikers world wide. The video part – in which the Coastal Crew danced and roasted each other on the same trail at the same time – was like a giant head slap and ‘why didn’t anyone think of that before?’ moment. From this the Crew built momentum by procuring some film making equipment and producing their own short movies, which soon developed into a tremendously popular web series. The web videos focused on the Crew’s talents building creative trails, riding them fast and fluidly. They were put together in way that made it look like good times amongst friends but where the viewer was invited to share in the playfulness. They had the equipment, the know how, but most of all the initiative to make the most of doing it themselves and utilize modern means of communication – the internet – to share their content.

The analogy of three young lads cloning a unicorn – that appeared in the above title – my seem far fetched but there is some semblance of truth in it. A unicorn is created when you allow a Castilian Horse, a Haast’s eagle and a Narwhal to get together in a seedy motel room and do the bendy flex together to produce a mythical mongrel neonate. The Coastal Crew are like that magical and mythical three way. Each one of the three members of the Coastal Crew are wildly talented, motivated, dedicated, innovative virtuosos, but together their collective capacity for creative cooperative adds up to more than the sum of its parts. They are the triple threat holy trinity because they can ride, build creative trails, and then produce interesting and engaging content to showcase the first two talents. 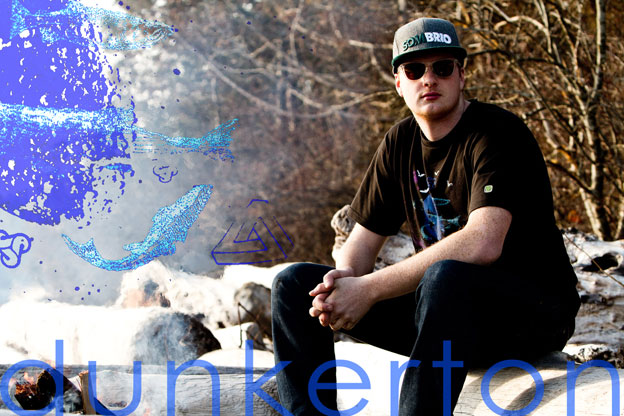 Dylan Dunkerton is like the Haast’s Eagle. He flies high with grace and poise. He is a thoughtful and noble creature who use’s his vantage point up high to see the bigger picture. He swoops from above and takes hold of situation with acuteness and a rare ability for attention to detail of his craft. Curtis Robinson is like the Castilian horse. A powerful, athletic beast that dances upon the trail with dexterity and agility that is a joy and wonder to watch. He entertains with his craft and good nature. Kyle Norbraten is, errr…the narwhal? I only say Kyle is like the narwhal because it helps fit this weak metaphor, but also because I know he will get such a laugh out of being referred to as a blubbery sea creature with a large toothy protrusion on it’s forehead that he may actually wet himself. But to do Kyle some genuine justice, although he looks kinda funny, he is one of the most warm hearted riders out here in the woods. He infects all those around him with his endless giggles, then knocks them back three paces when he steps aboard his bike and furiously begins the dance of the Seven Veils upon the trails.

All three of these fantastic chaps, astounding riders, and creative masterminds are highly motivated, inspired and perceptive, just the kind of people who we at Sombrio wish to support. So beginning in 2011 Sombrio are immensely proud to have the Coastal Crew aboard the Sombrio Cartel.

When asked what he thought about being on the Sombrio Cartel, Dylan Dunkerton had this to say, “Sombrio is a brand spawned from one of mountain biking’s true pioneering athletes. Through out the years it has been a company I have always been influenced by. Im glad that they have our back and share our vision!”. Kyle Norbraten was equally ‘stoked’ but added, “Sombrio is a great fit for us as a rider based company! They’ve taken the roads we are on so it makes for  an understanding relationship. Sombrio is helping to open doors to opportunities we’ve been looking forward to!”. Curtis Robinson added, “I am very pumped to be working with a company that have very similar views and goals that we do. Having the people at Sombrio stand behind what we do as multi-talented riders only makes our job easier. I am very excited to see what the Coastal Crew and Sombrio can do for 2011”. 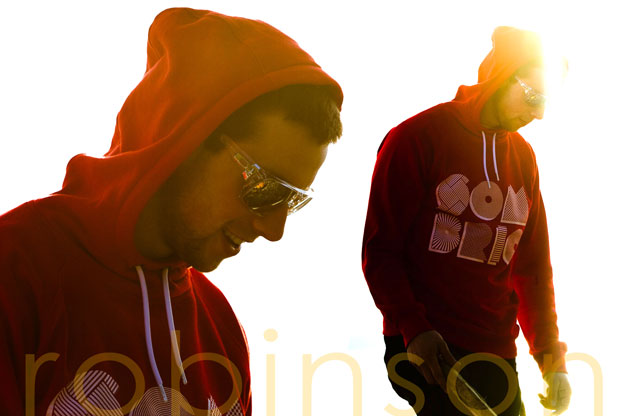 When asked what they thought about being referred to as a horny winged dung spreader with a penchant for rainbows and glitter that only exists in the minds of 5 year old wannabe princesses and an office bound PR scribbler with more bumps on his head than hairs, the boys had this to say “What on earth are you going on about? Don’t you think you should spend your time telling people about our upcoming movie project instead of tripping out on paper?” (Dylan Dunkerton). “Kyle just squealed like a chewy dog toy and ran off to the toilet!”  (Curtis Robinson).

The Coastal Crew are six months into their movie project ‘From The Inside Out’ that will aggregate all of the skills developed in creating the previous web series and other projects. They have been busily hankering down on the Sunshine Coast all winter plotting, building and filming for the movie before embarking on a busy summer schedule which will see them competing in Switzerland at the Chatel Mountain Style contest, once again coaching for the Summer Gravity Camps in Whistler, as well as traveling to as many exotic filming locations as time will allow.

Keep up to date with their travels and progress throughout the season by following them at www.sombriocartel.com/team/ Also watch for iconic still images from the film by Nicolas Teichrob and Sterling Lorence who will be on set with us for most shoots.

Stoked for The Crew? Send your praise over here…