Right now I’m in the process of building a bike. The frame and parts are made of aluminum, rubber, steel, magnesium, brass, plastic, titanium and carbon fiber – and I’m sure traces of other materials both rare and pedestrian. It’s a modern downhill bike. This bicycle is pretty much state of the art but not quite exotic. It wasn’t built in New Zealand by a reclusive wizard who has since disappeared from the face of the earth. And yet it is somehow miles away – at least in my perception of it – from the same category of bike just ten years ago, or even five.  It is still designed to roll downhill quickly, absorb shock and withstand some impolite riding – so it’s the same. And yet entirely different.

This is the first mountain bike I owned – a Ritchey Timberline purchased new in 1984 (and currently outfitted for touring/commuting). Back then my belief that it could never improve beyond this point was stronger – and I was right for a few years.

The new bike – well soon to be bike rather than frame and parts strewn around my basement – feels like a pinnacle. The engineering involved, the refinement of the geometry, the sophistication of the suspension and the remarkable lightness of the package combine to produce what feels like a high water mark – and one that won’t be surpassed. Each time we reach a new peak – which is yearly or even more frequently – it feels like that’s about it. Sure – there will be some refinements but really, how could you make it much better? And it yet it happens again and again. Bike companies have gotten much better at both making bikes better, but perhaps even more adept at anticipating what is going to make you and I put off that family trip to Ontario to buy a new bike.

And yet – if we are honest with ourselves – we’ll have to admit even though we can’t conceive of it, that these bicycles, these pinnacles of engineering and manufacturing achievement, are going to start to grow a little mold in a few short years. Some cross the void and become bicycles we want to keep forever, and with a few upgrades we’ll be able to keep them relatively fresh. But most bikes, particularly for those of us who are in the extremely fortunate multi-bike situation, are going to lose their luster. I have fond memories of almost every bike I’ve owned, but the older ones start to look like dinosaurs at an ever-increasing pace. 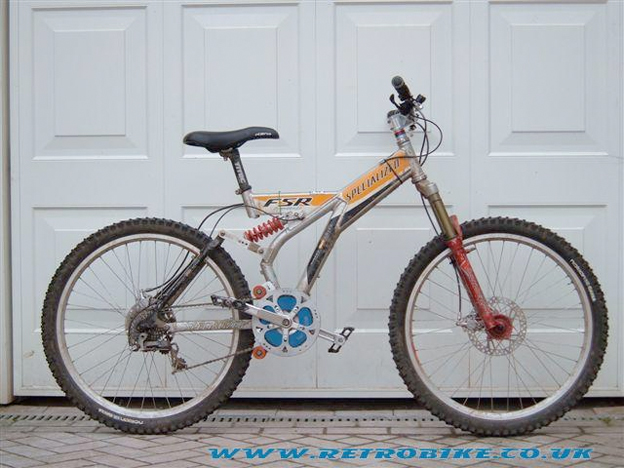 A 1998 Specialized FSR Comp. A high water mark then – but looking a little tired now. Thanks to retrobike.co.uk for the photo.

Soon you won’t be able to put that old set of all mountain (the phrase itself an innovation) wheels on your all mountain bike. That bicycle will require a 142mm through axle rear wheel – either 10 or 12mm.  The shelf life of parts is decreasing because the pace of change is ramping up. Tapered headtubes were a relatively recent innovation – but they are everywhere already. How about remote adjustable seatposts, 29” wheels, 15mm front axles and zero stack headsets?  Last year I built up a 17-year old steel hardtail with current parts. A short time later all the parts on the bike are becoming obsolete after changing little – at least in terms of dimensions – for almost two decades.

Which brings me back to that exquisite, state of the art machine I’m on the verge of building.  In a few years, if our technological expansion continues to accelerate, that bike is going to start to seem old, underperforming and even heavy. A version of it may one day hang on a wall, no longer ridden or appreciated for its modernity, but as a museum piece. Over time it will gradually move toward vintage status – just like a Ritchey from 1980. 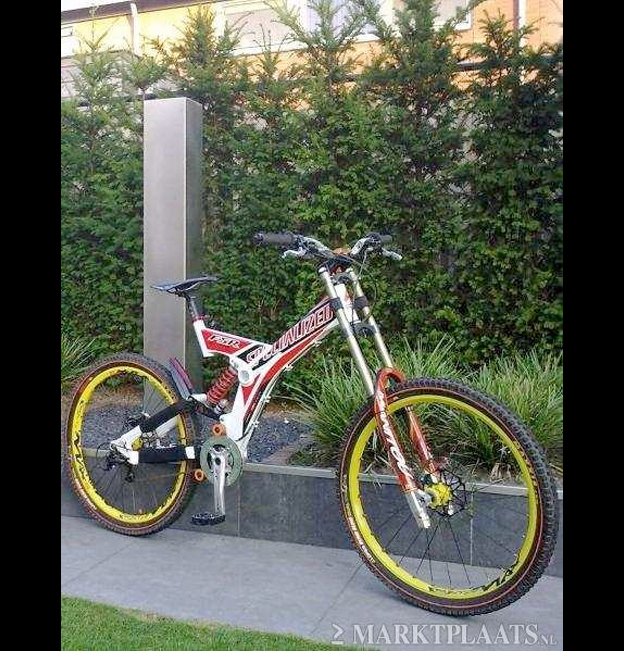 A 1999 Specialized S-Works FSR DH (with upgrades). This is one of those bikes that aged very well – and you saw them on the trail for years after they were current – but now they are all in basements and garages.

Or maybe things are going to turn around sooner than we think. Our modernity can’t continue to expand forever; we’ll eventually hit the ceiling and start to crumble like every past civilization has. Or at least that’s what the cheerful white men who predict these sorts of things tell us. according to most of them the likely culprit will be peak oil – that moment when our global consumption of oil surpasses the global production and the price begins to rapidly rise affecting ever aspect of our lives. Let’s keep things light shall we and assume, despite the predictions, this won’t happen in our lifetimes. If we discover the flux capacitor or some other miraculous power source, we can expect the bicycle to at least appear to be getting ‘better’ in almost ever respect, at an ever-increasing rate for as long as we’re alive. These bikes will likely still roll and have pedals and handlebars – but the changes ahead may blindside us as much as the Internet did. Who bet on the death of the letter in 1995? And when was the last time you wrote or received one via Canada Post? How about the cell phone, PVRs or GPS? The bike may change in ways our puny 20th century brains can’t even fathom now. 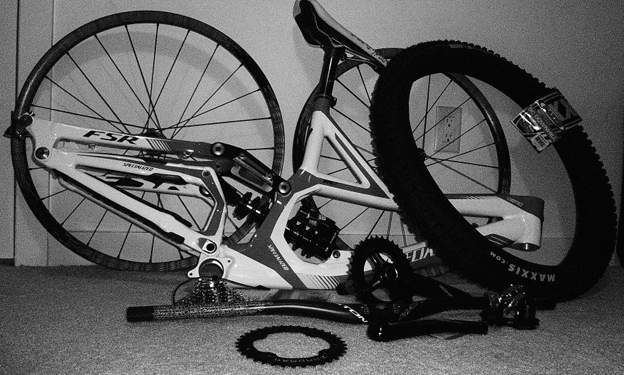 It’s not even built yet and I’m already aware that one day it will seem obsolete – even though I can’t imagine how it will ‘improve.’

I’m not sure this is good news at all – but that part of me greedy for more is excited. I can’t deny that the modern 6” travel bike I spend most of my time on has benefited hugely from innovation – and it’s made me a better rider. It allows me to descend and climb faster, and generally have more fun on the trail. My body doesn’t take as much of a pounding either and in almost every way I enjoy riding more now than ever. A more pensive part of my brain realizes that this unquenchable thirst for improvement and change and progress is going to hasten our moment of truth with the cheerful white man’s ceiling.

But at least we’ll be riding nice bikes when the times comes.

Do you need a new bike every year or have you been patching and MacGyvering an old machine for years? Is there a bike from your past that can compete with a 2011 machine? Present your perspective here…