Leogang, January 29th – At the Monster Energy White Style presented by Kona, the European riders clearly dominated the contest this past Friday in Leogang, Austria with Sam Pilgrim taking first, Sam Reynolds and Yannick Granieri taking second and third. The two riders who had travelled from overseas made it to the finals but barely missed the podium: Canadian Graham Agassiz came in fourth and Jamie Goldman (USA) fifth.

More than 2.500 visitors flocked to Leogang’s Schantei lift to get a first-hand impression of the Monster Energy White Style course, designed by Grant “Chopper” Fielder. After the snow had been too soft for complete runs during Thursday’s training session, perfect weather conditions awaited the riders for the finals on Friday. This year, Kona Clump rider Chopper once again outdid himself: the step-up step-down with humongous drop was so massive the riders referred to it as the “Monster”. The impressive course was so daunting that it inspired awe in the toughest pro. 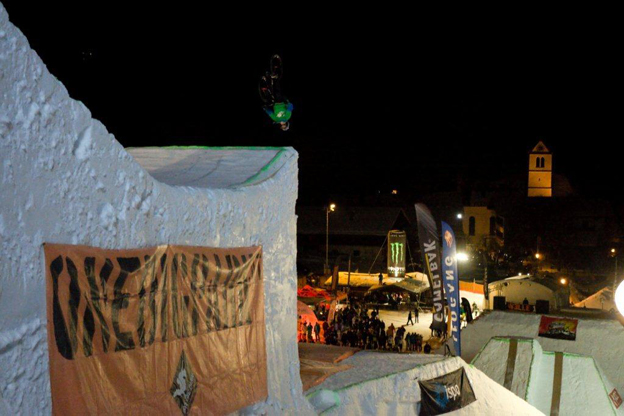 Obviously, the obstacles’ gigantic dimensions could not scare the riders away and most of the athletes who had travelled to Leogang from twelve nations showed the best tricks in their repertoire. One such trick combination consisting of a backflip table, 360 into the satellite dish and flip off, tailwhip, flip tabletop off the monster drop, and backflip x-up onefoot catapulted British Sam Pilgrim to first place. The second-time winner was super stoked: “The course was really gnarly this year. It’s not easy riding on snow, also because your fingers tend to freeze. But Chopper built an awesome course and I am really stoked to take first place again. I’m starting to become a White Style veteran!” 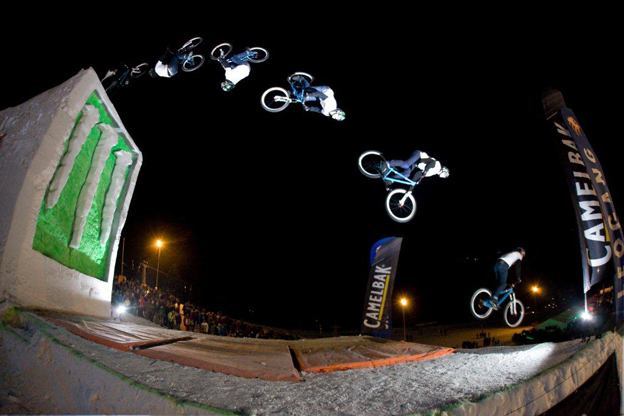 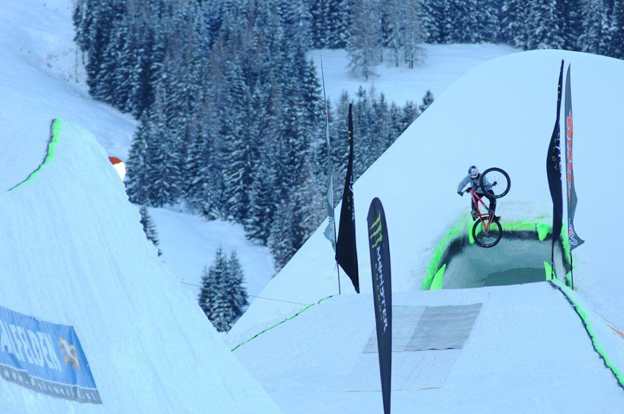 Yannick Granieri who came in on third place, showed the awed audience a tailwhip off the Monster that boosted him up to third place. Plenty of backflips ant tailwhips completed the program that earned him third place.

18 year old Kona rider Antoine Bizet (FRA) had a few surprises in store for the judges. Not only did his tricks land him second place in the qualifiers, during his first run in the finals he impressed with a backflip no hander at the last sender and attempted the same trick at the Monster drop. Unfortunately he did not manage a clean landing and broke his collar bone. We wish him all the best and a quick recovery! 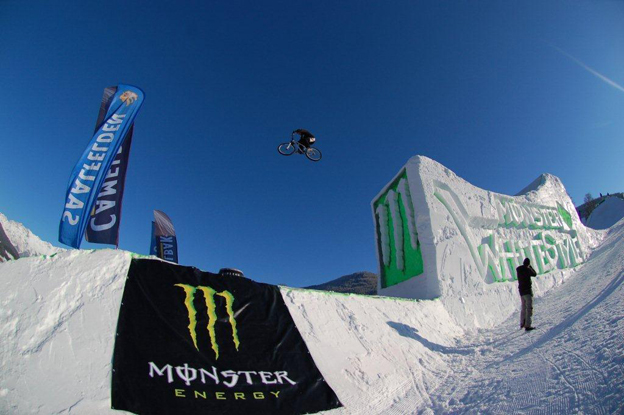 Thursday’s qualifying was clearly dominated by Swedish Martin Soderstrom. He showed clean and extremely stylish runs and secure first place in the qualifiers, as he did last year. In the finals, the new Specialized rider was the only one who did a 360 off the Monster and he left no obstacle untricked. After that, bad luck unfortunately caught up with him. He landed too short on the backflip at the last sender and crashed so hard that he coud not complete a second run and ended up on ninth place. 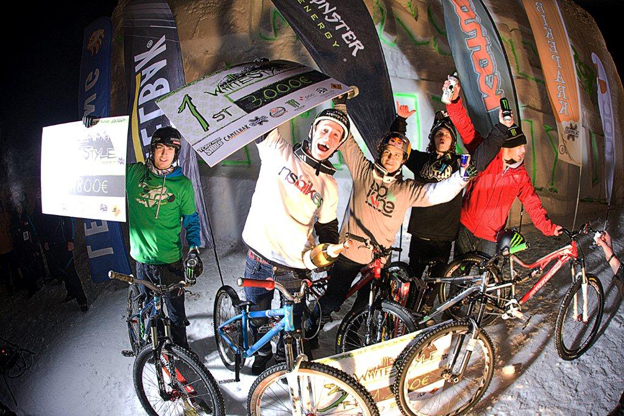 Canadian Graham Agassiz had already given up on riding the contest at all after a heavy crash during practice. Luckily, he changed his mind. With a battered ankle and without gloves he delivered an impressive final run – including a barrel roll at the monster and a backflip no-foot cancan over the sender – that secured him a solid second place. Jamie Goldman (USA) came in fifth, probably thanks to the backflip off the Monster.

These are the 12 best riders:

This contest doesn’t generate much buzz on this side of the Atlantic. What do you think about slope style on snow? Preach it here…