It is the end of the season. Kurt Sorge, Graham Agassiz, Garett Buehler and James Doerfling are headed home after competing in the Red Bull Rampage in Utah. One of the most intense contests on the planet. This puts a cap on their season. Time to reflect on the successes and hardships of the year, time to plan the upcoming season and most of all time for them selves to do what they like after pushing the limits all year!

Mayor Kerry Cook and head of the consortium Justin Calof welcome Solos and the crew to The Puddle!

Within a day of touching Canadian soil. I receive a call from each rider and they want to ride!  Not only do they want to ride, but they all want to ride together!  They need some time to recuperate from the Rampage.  This bought me some time to find out how and where can I take four of the world’s top mountain bikers to ride.  There are two places that come to mind Kamloops or Williams Lake, (aka the Puddle).  Being a local of both cities, I know I can get it done.  The timing could not have been better!  An organization called the Cariboo Mountain Bike Consortium contacted me that very day.  They heard about my work and were eager to have me help spread the word on the world class mountain biking that the Cariboo has to offer. 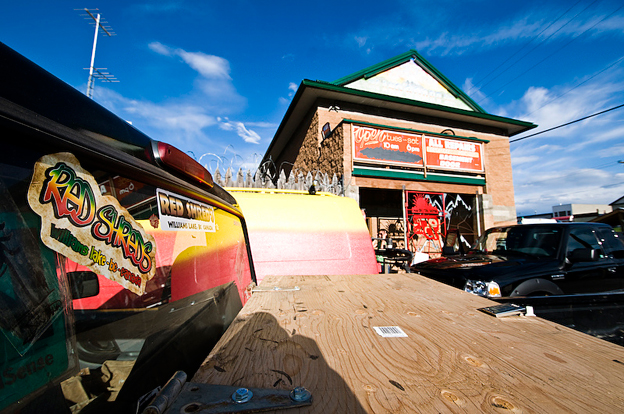 The one and only Red Shreds Bike and Board Shed.

I make a call to a Lindsey Gasparini, a good friend and the owner of the Overlander Hotel, which is soon to be the Ramada.  He supports mountain biking 100 percent and went out of his way to help bring these riders to Williams Lake. 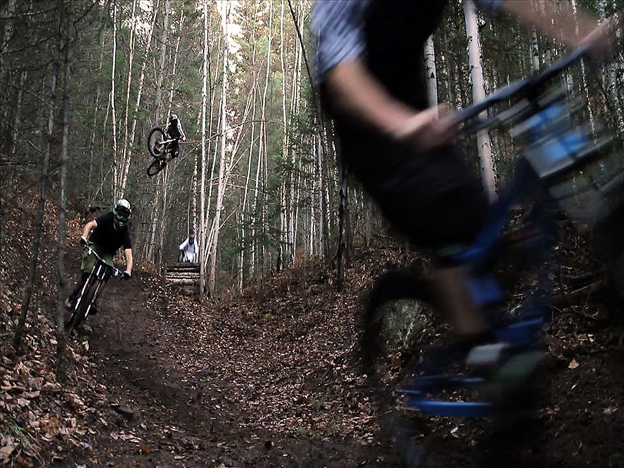 The boys feeling it right away.

I quickly make a group text to the boys” SOLOS PRODUCTIONS IS ABOUT TO ROCK THE CARIBOO!!!” I send another text out; “Anybody else you would like to ride with?”  Matt Hunter and Geoff Gulevich. Unfortunately Hunter was already on a shoot in Utah and Gulevich changed his schedule so he could make it for a few days. 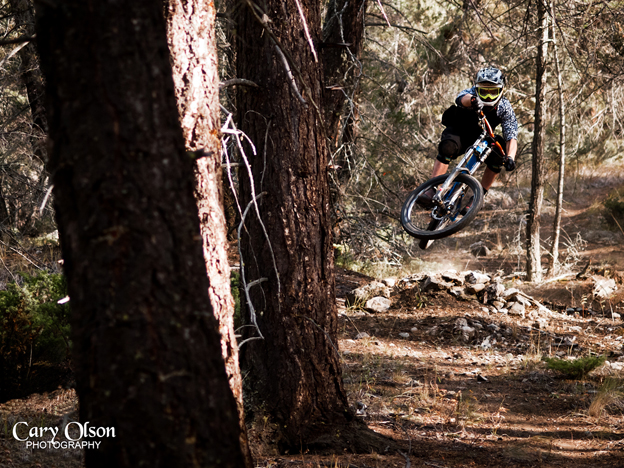 I head to The Puddle early to meet up with Williams Lake local James Doerfling, and put some thought into where and how am I going to film all these riders. Williams Lake is the place to be. I would go as far to say it has the most diverse Mountain Biking terrain in the world.  From Big mountain lines, to grasslands, to sandy chutes, to endless gullies within forests and even rainforest!  You have to be a local to find these places but if you are nice to the people at Red Shreds Bike and Board Shed, they will gladly point you in the right direction. 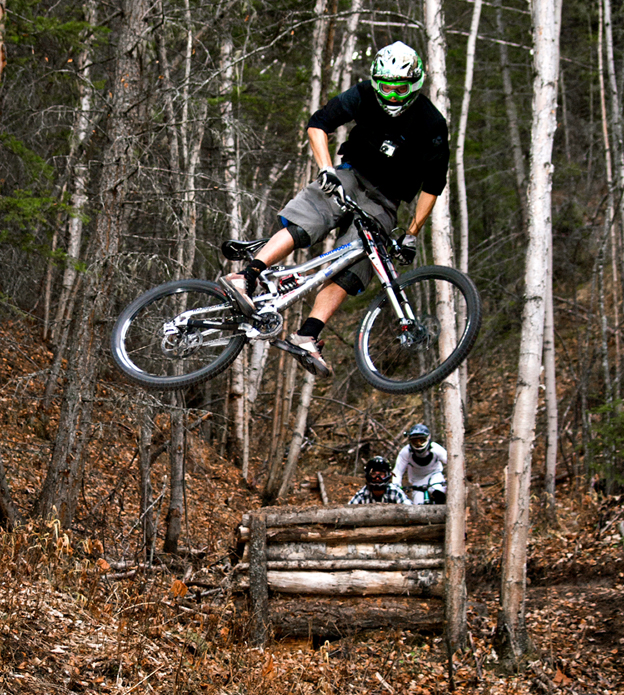 Garrett Buehler.  The man fears nothing.

The boys roll in to town and we all meet at the Overlander Pub, enjoy a delicious burger and then straight to the trails!  Williams Lake is one of those places that no matter how little of time you have there is a trail to ride. I am pretty stoked on this too cause I can put down the camera and replace it with my bike. Being a filmer/photographer, I don’t get to ride as much as I would like to. The stoke level was at a serious high at the end of our rides and as we enjoyed a nice fresh Cariboo beer, it was apparent how the next week was going to unfold…. 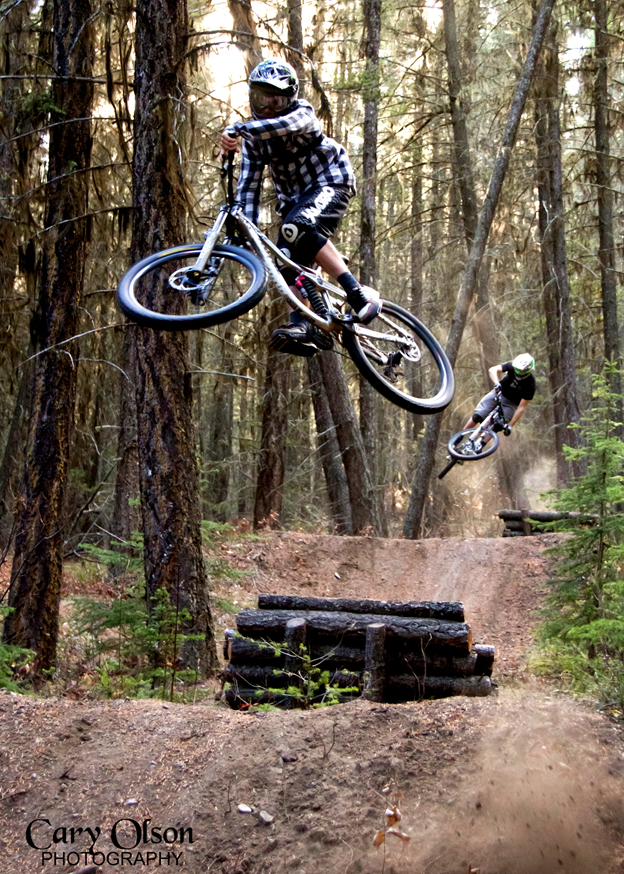 Aggy. Pushing himself every time he gets on the saddle.

To get a feel of what this trip was about here are some words from each rider:

James Doerfling:
What a way to close out the 2010 season! Red Bull Rampage was rowdy as ever and had lots of fun. Was looking forward to getting home and catch the last bit of fall riding.  There was talk of warmer weather than usual.

I texted Mitch at and told him the weather is good up here, in hopes to ride and film with him. Before you know it an all-star team was coming to my hometown! We had always talked of riding and filming together and now it was on! Riding with this crew is what Mountain Biking is all about.  We were having so much fun that sometimes you forget that you are riding gnarly lines.  Good way to end it.  2011 is going to be good! 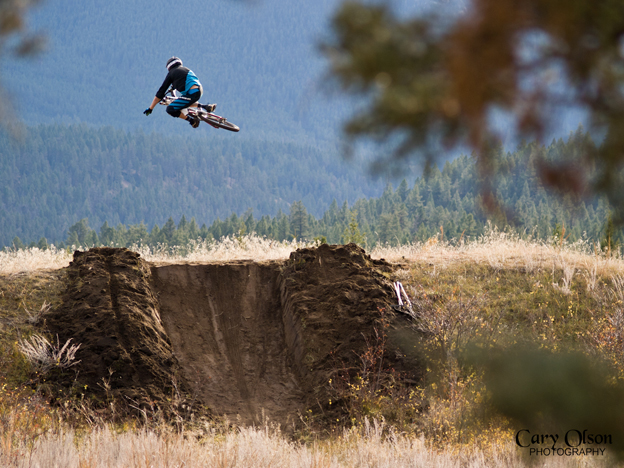 Garett Buehler:
After the Red Bull Rampage the whole way home all I could think about was going to ride and hang with my buddies. James Doerfling, Kurt Sorge, Graham Agassiz and I have been wanting to work with Solos Productions for quite some time now and what better place than in the Puddle. Hanging out in Williams Lake this fall was so rad!  We found some real good zones with big lines, and tons of potential to build what ever your little heart desires. The pre-built trails in Willie’s Puddle were so fun! We ended up just sessioning the local favorites for days! This trip was all about having fun, and fun we had! 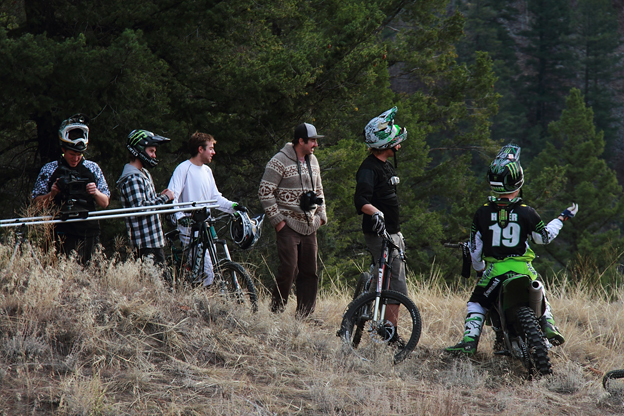 Adding a little moto to the mix.

Graham Agassiz
After the Red Bull Rampage I was excited to get back home from the long, exhausting and stressful summer of contests, and ride the beautiful loamy autumn trails of B.C.

I have always dreamed of tapping into the Cariboo, so when Mitch lined up a film trip to Williams Lake along with Kurt Sorge, James Doerfling, Garett Buehler.  I was stoked!

A trip like this gives us four friends the chance to ride together again. Due to our busy summer schedules it is hard to have all four of us in one spot at a time. I love riding with this crew, we all push each other, and get along so well. It is easy to see in our sessions how much fun we are actually having together. Our visions are so similar, and I think it shows in our edit.

Were all just a bunch of rockers, ripping and slashing the forest floor, like Misfits.

Kurt Sorge
The 2010 season started off great for me, it began with a rad film trip to China and some fun contests and photo shoots. But unfortunately I ended up getting hurt and was set back for a couple months. Coming off my injury, I had only a couple weeks to get some strengthening in and get back on my bike before Rampage hit. Rampage went well for the most part and it felt good to get back and compete, let alone at the gnarliest contest of the year. 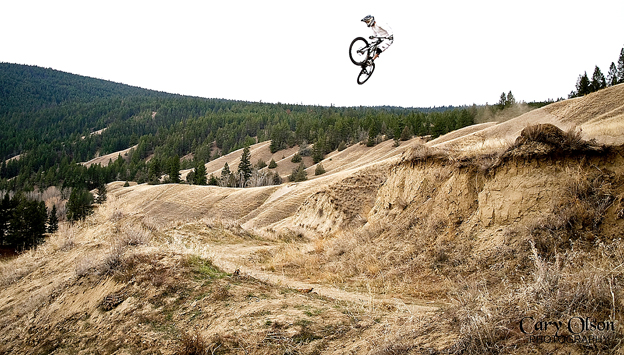 Kurt Sorge – fast and smooth and always good to go.

But when I got home it felt like I still had not really been back on my bike yet, and wanted to just get out and shred! So when Mitch lined up a trip to the Puddle with Graham Agassiz, Garett Buehler, James Doerfling, and Geoff Gulevich, it was a no brainer. With everyones’ busy schedules its pretty hard to ride together all in one place at the same time, and there is really no other people I would rather shred with. So we convoyed up with just the intentions of having fun and riding our bikes, and that is what we did. No pressure, no guidelines, no rules, just party and ride some bikes.

It was definitely a great way to end the season and I hope you all like the edit; cause there is a lot more to come!

Geoff Gulevich
I receive a call from Mitch at Solos Productions and he wondered if I wanted to ride up in the puddle with all my friends. This never happens, with plans already made, I quickly found a way to make it happen. I rolled into Williams Lake on Friday afternoon. After Driving through fog, rain, snow and a thunderstorm I was so excited to get on my bike immediately at the new town jumps where the crew was riding. Right away spirits were up. When I saw the crew, we got right to riding….. Like there would be any other way. Rode until the light was gone.  Wake up and repeat.   All and all it was a productive and awesome trip to the Puddle. I’m sure there is much more to come from Solos Productions!!!!

How is the stoke level now?