Anthill – Behind The Scenes

You know that saying about the iceberg… something about the part you see being way smaller than the part you don’t. How does that saying go? Anyway, that saying is a lot like making movies. The part the audiences sees is just this tiny chunk poking out of the ocean. Meanwhile, underneath there’s this massive chunk that you don’t see. Matt Hunter’s gap to wall ride in Follow Me is a good example of this. Everyone who has seen the film loves that shot. But it’s just the tip of the iceberg.

OK so I’m rambling a bit here. The point is – there was a ton of work that went into making that one shot. It was only a few seconds in the movie, but it was years in the making. It had to be conceived, built, tested and filmed. And even after all that, it almost didn’t happen, as you’ll see in this quick Q&A with Matt Hunter:

When did you first get the idea to build the gap to wall ride and how did it come about?
A gap to wall like that one? Well it was sitting there in the ‘imagination’ section of my brain. It didn’t get to move over to the ‘reality’ section until I hiked into that zone and saw the run in and the cliff wall. Even then, it took a while for my brain to complete the transfer from Imagination to Reality.

The first time you hit it things didn’t turn out so great. What happened? What went wrong?
I went too slow. It was not possible to judge the speed on that run in, I had nowhere to go except off the ramp once I committed to going fast down that hill. I knew I wasn’t going to make it, but I had to hit the jump anyway… So I kind of flying-squirreled my way across to the far wall and ditched my bike. I landed on the wall and bounced to the bottom. Thanks to Murphy and his stupid laws I happened to land on top of my upside-down bike, and cut my balls. I was kind of stressed about it, but it turned out to be a non-serious flesh wound. A few stitches and they are fine! 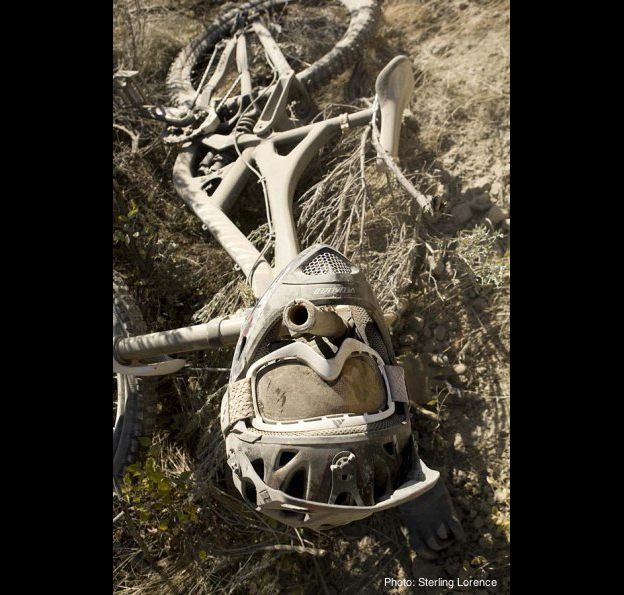 For your second attempt, time was getting down to the wire for the film, what were you feeling waiting at the top getting ready to drop in?
I was really confident because I had made my run in about 200 meters longer, so I was pretty sure I would have enough speed. I guess I was feeling pretty focused though, just wrapping my head around what I wanted to do.

The second time up there you dropped in before the crew was ready. Did you do that on purpose? What happened there?
Ha ha, no not on purpose. We had a communication issue. I was so far away from them at the top my run in that they couldn’t hear me even though I was yelling at them. They thought I was just doing a test run. 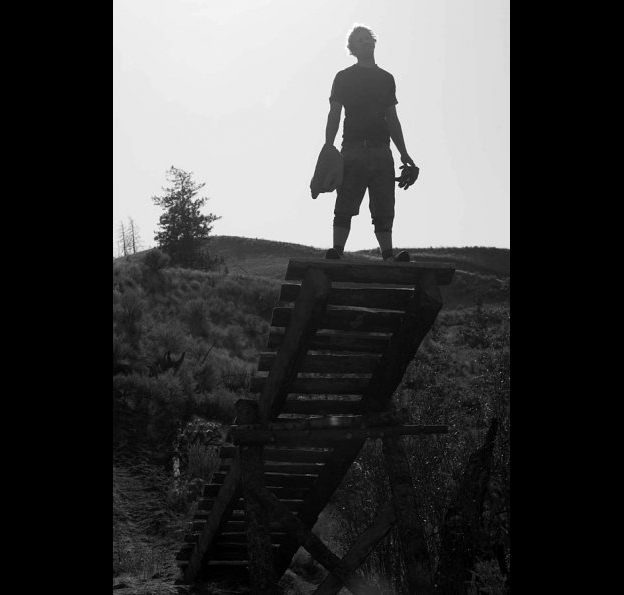 What was going through your head right before you took off? Did you know you had it as soon as you left the lip?
Usually you know as you leave the lip, but this time I wasn’t too sure, as I ended up landing on a huge sagebrush. I thought it might make me crash, but I hardly felt it, it was a sweet bush-tranny.

That shot is one of the most talked about shots in the film. What kind of response have you gotten from people you’ve talked to?
People remember it for sure. That makes me happy, I always want to film something big, that’s fun, and that people will remember and enjoy watching. I was lucky to find the right set up for that move. I knew the instant I saw it that I had to try it… It’s really great when those things work! 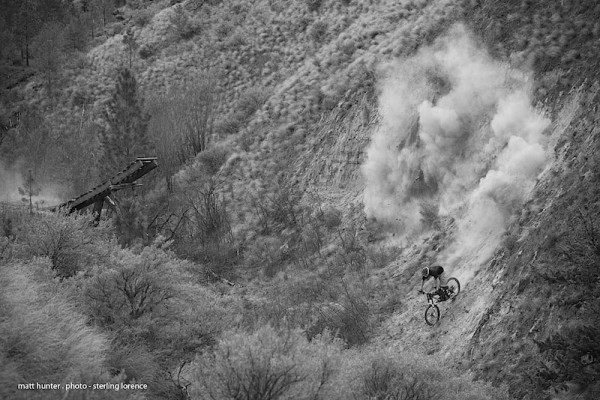 Just in case you haven’t heard yet… Buy a DVD or BluRay copy of Follow Me from www.anthillfilms.com and you’ll be entered to win a custom Demo 7 from Specialized and receive a free one year subscription to Bike Mag.

Hunter’s gap to wall was one of the most memorable moves I’ve seen in bike movie in a very long time.  Seeing this breakdown makes the rowdiness even clearer.  Your thoughts?